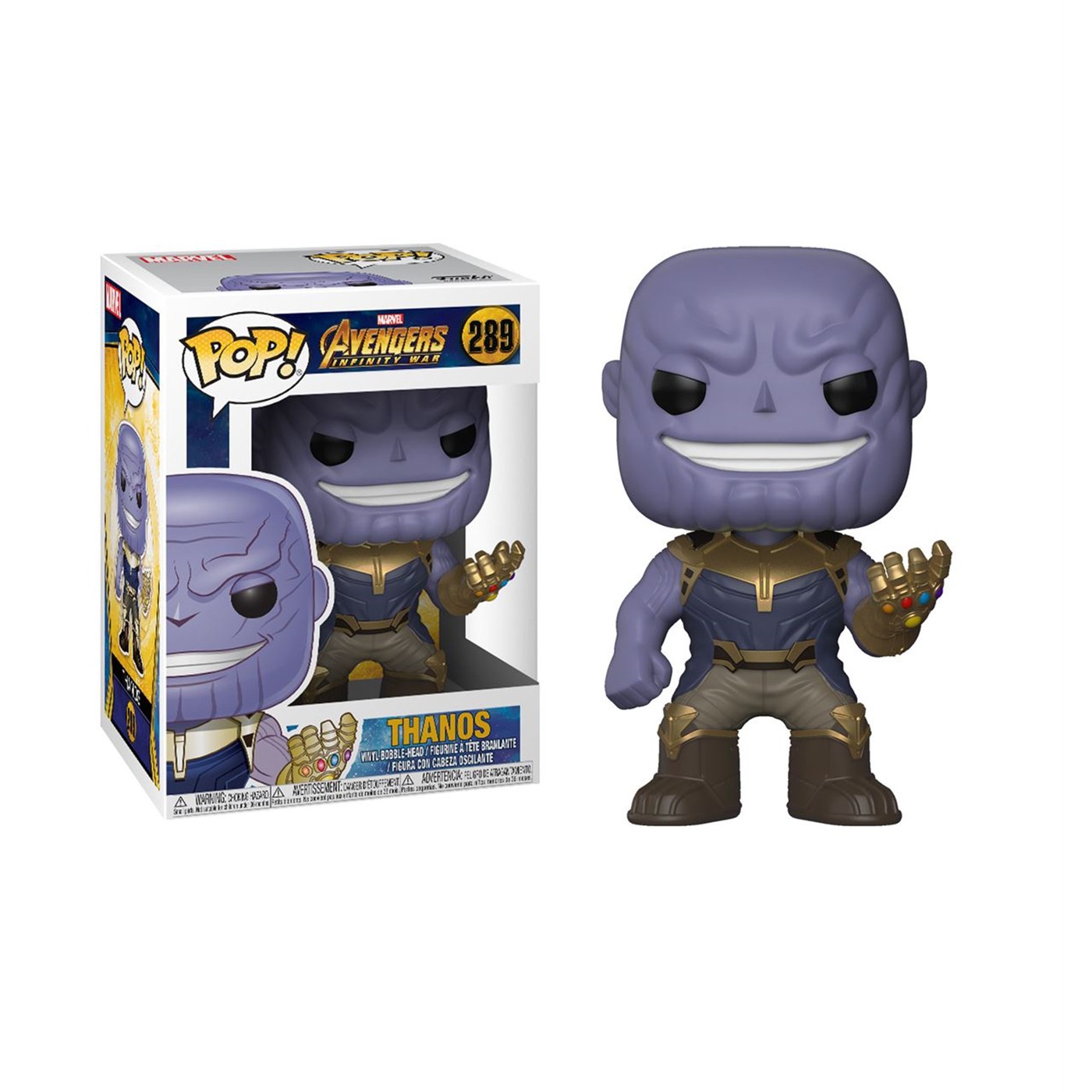 He's going to kill (nearly) everyone.

And when I say "everyone", I don't just mean The Avengers or the entire human race. I'm talking about a hefty chunk -- like, 50% -- of all living, breathing beings currently scurrying about the universe.

And sure, he's already quite formidable with his own lofty super-powers, his massive armada, and his deadly 'Black Order.' But his vast armory includes a gauntlet affixed with ancient stones capable of turning reality into multicolored variations of pea soup.

A compacted and curved caricature of the universally detested Mad Titan, this Thanos bobble-head figure from FUNKO features exquisite, movie-accurate detailing and just the most sinister, villainous grin.

Why is he smiling? Because he's wearing a fully-loaded Infinity Gauntlet affixed with six Infinity Stones. (And he's about 3.5 seconds away from turning Iron Man into an egotistical ash tray.)