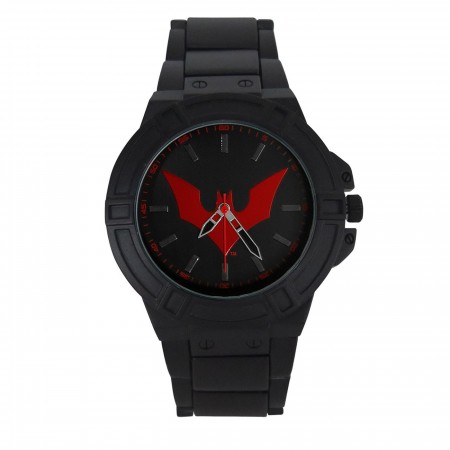 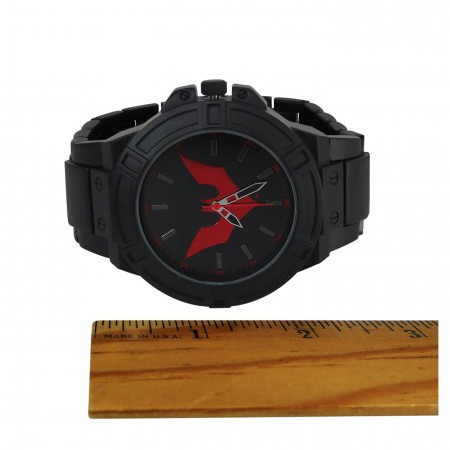 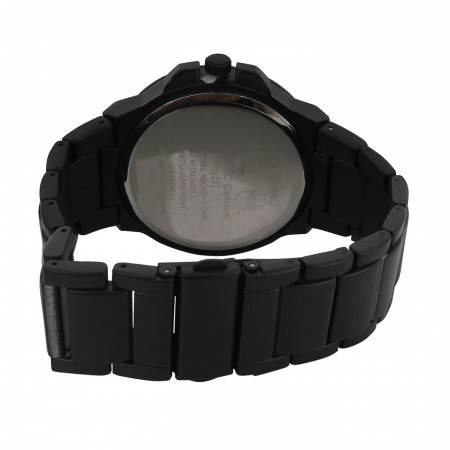 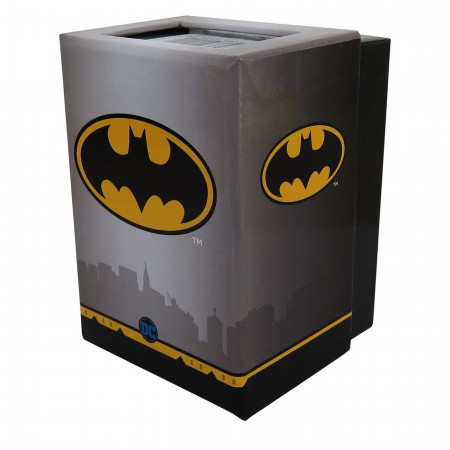 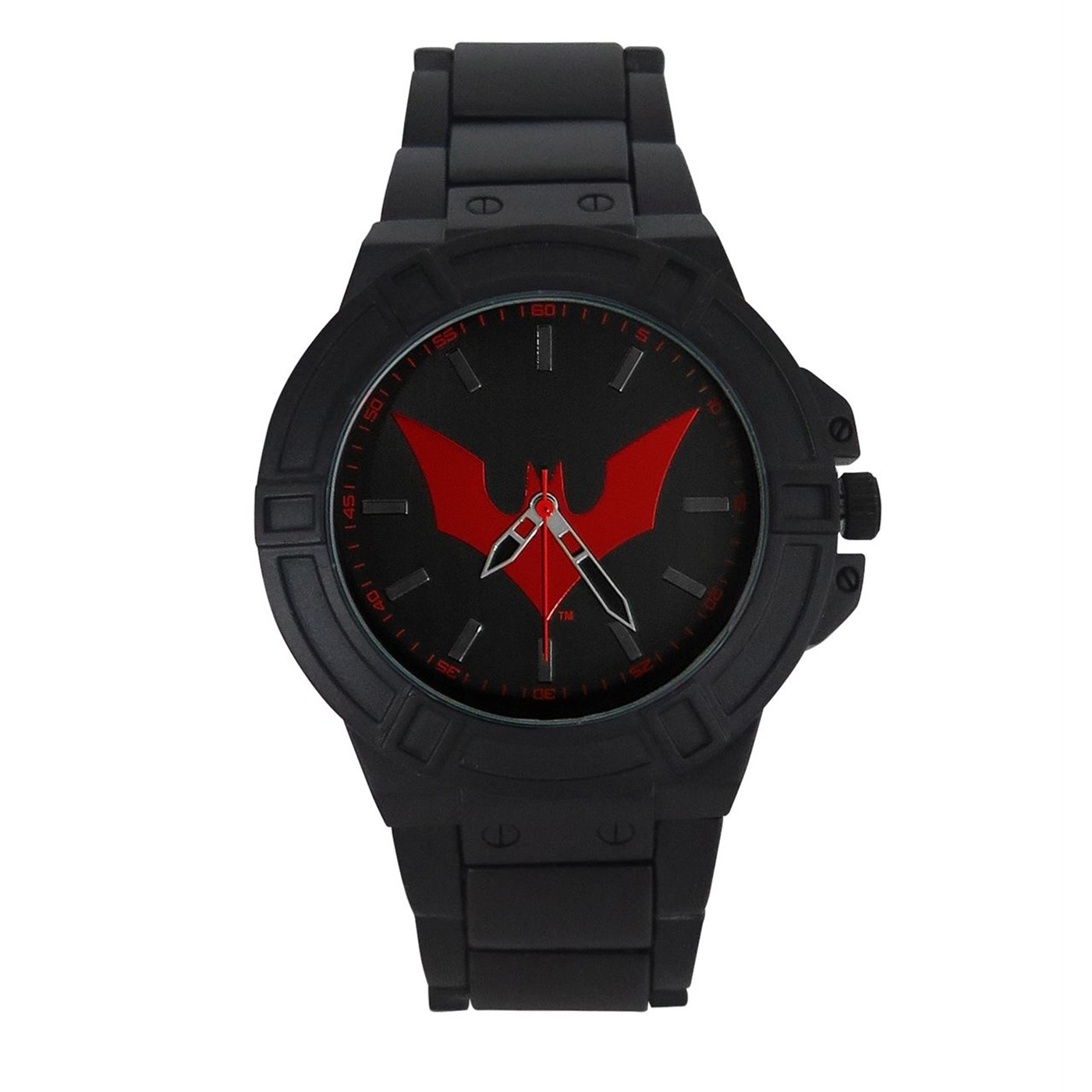 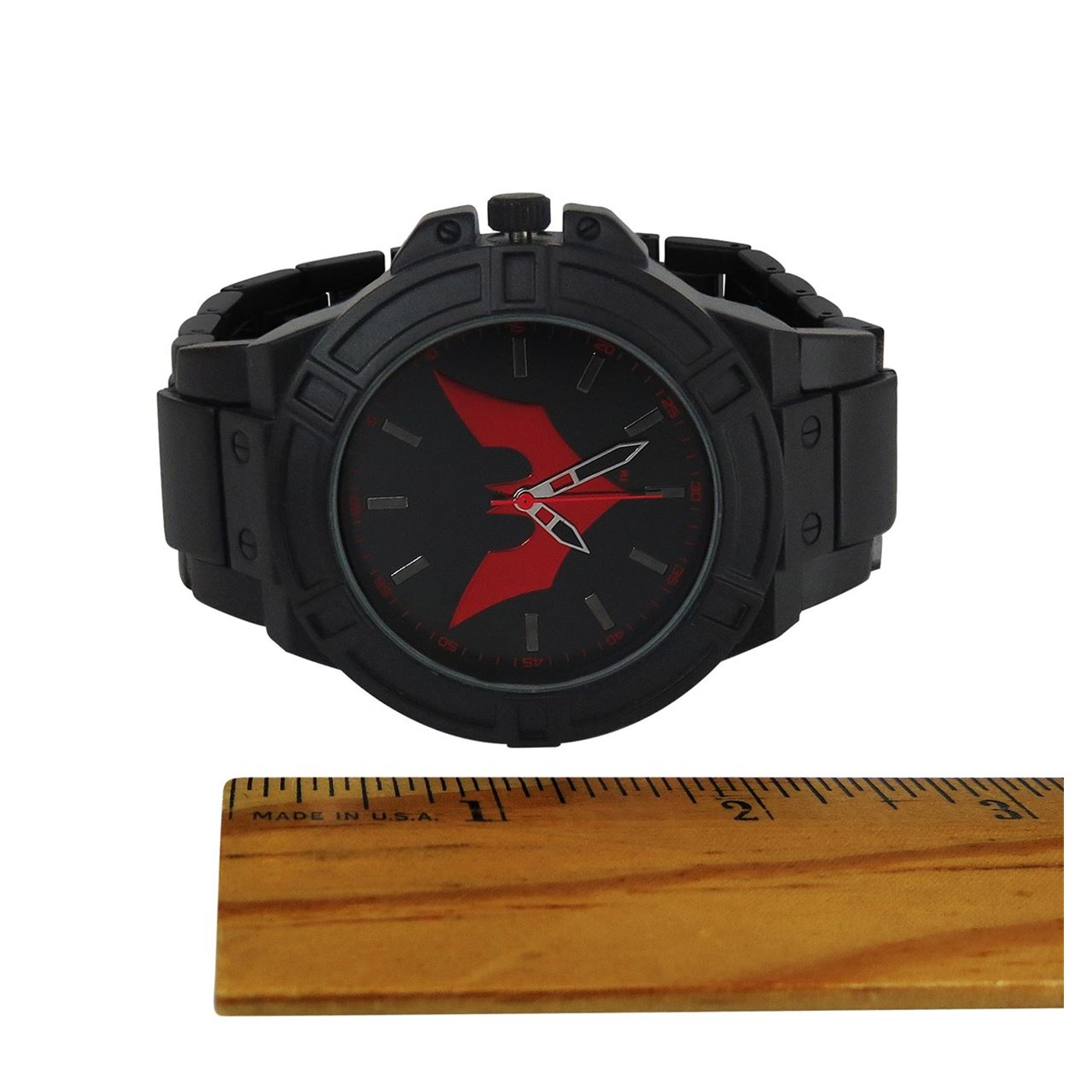 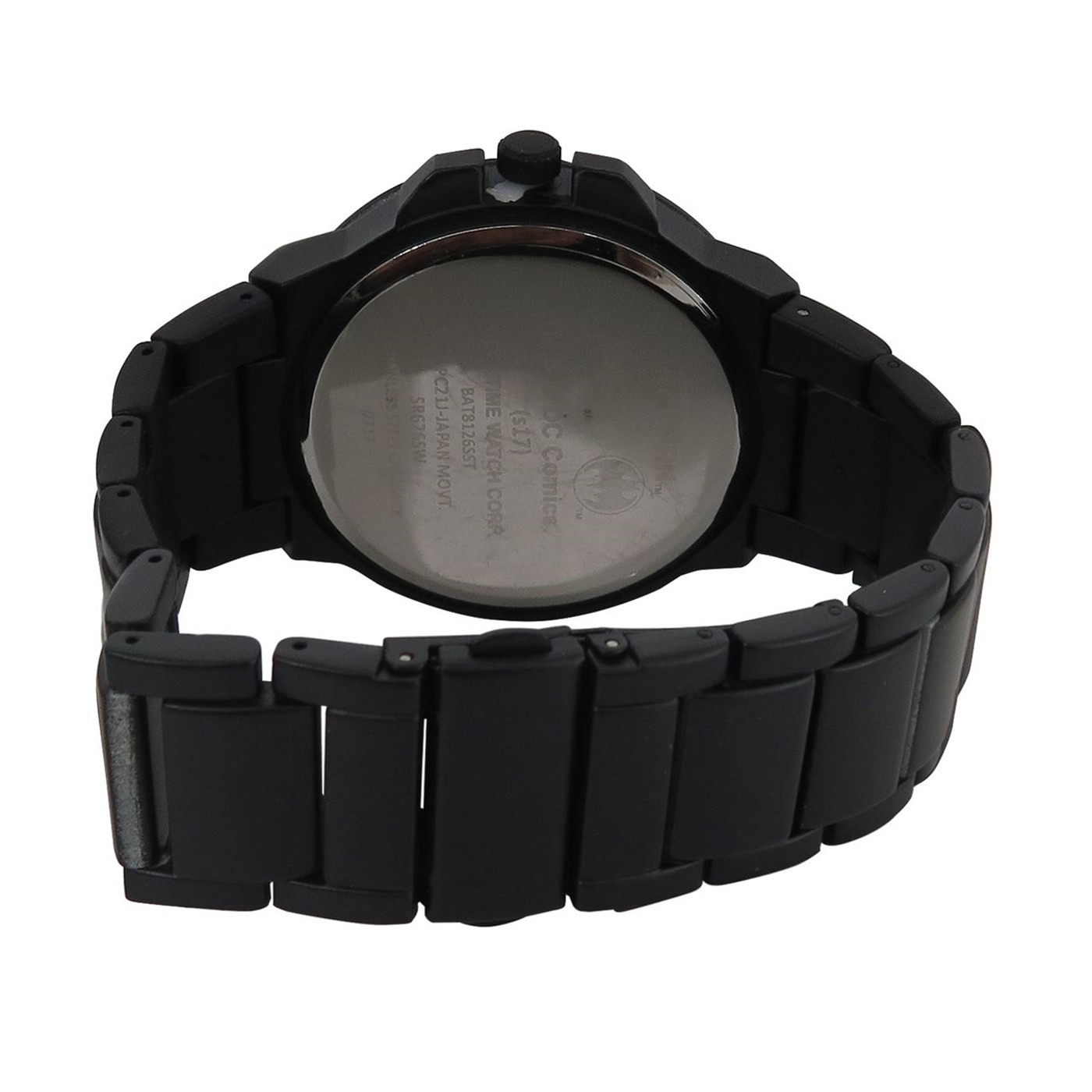 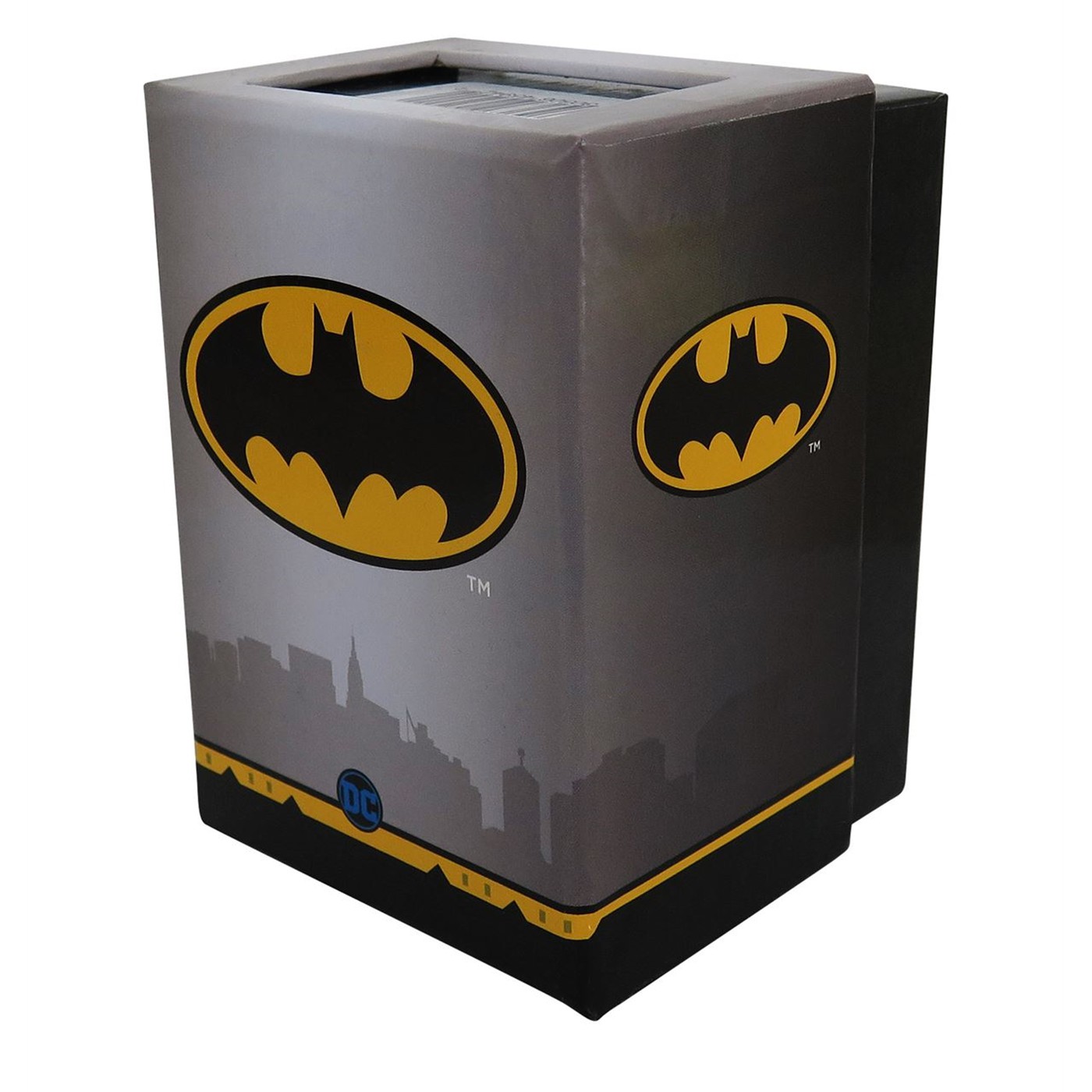 Terry McGinnis became the “new” Batman after happening upon Wayne Manor while fleeing a Joker-themed gang cleverly called "The Jokerz.”

A “retired” Batman – an aged Bruce Wayne with a heart condition – came to Terry’s aid, but suffered a mild cardiac episode. While Bruce slept it off, Terry discovered a certain Grandfather clock, and the rest was… history? Future history?

Granted a high-tech Bat-suit and mentored by Batman himself, Terry fought (fights? Will fight?) the criminals of Neo-Gotham as Batman Beyond!

And with the intelligent, durable, multipurpose costume came a matching Batman Beyond Symbol Watch with Metal Band.

This Batman Beyond Watch is layered in a reflective back finish expanding to the metal, adjustable wristband.

Our Batman Beyond watch comes in a collectible display box slathered in a hazy-gray cityscape layered with a bright yellow Batman symbol. And yes, I’m totally aware this is simulating Batman’s Bat-suit aesthetic.

Product specifications? You asked for it:

Reviews of Batman Beyond Symbol Watch with Metal Band

An excellent addition to have for any Batman collector

Got as a gift for a true Batman fan. Loved it.

I love this thing. High quality strap, symbol has a nice, slight gloss to it. Highly recommended.