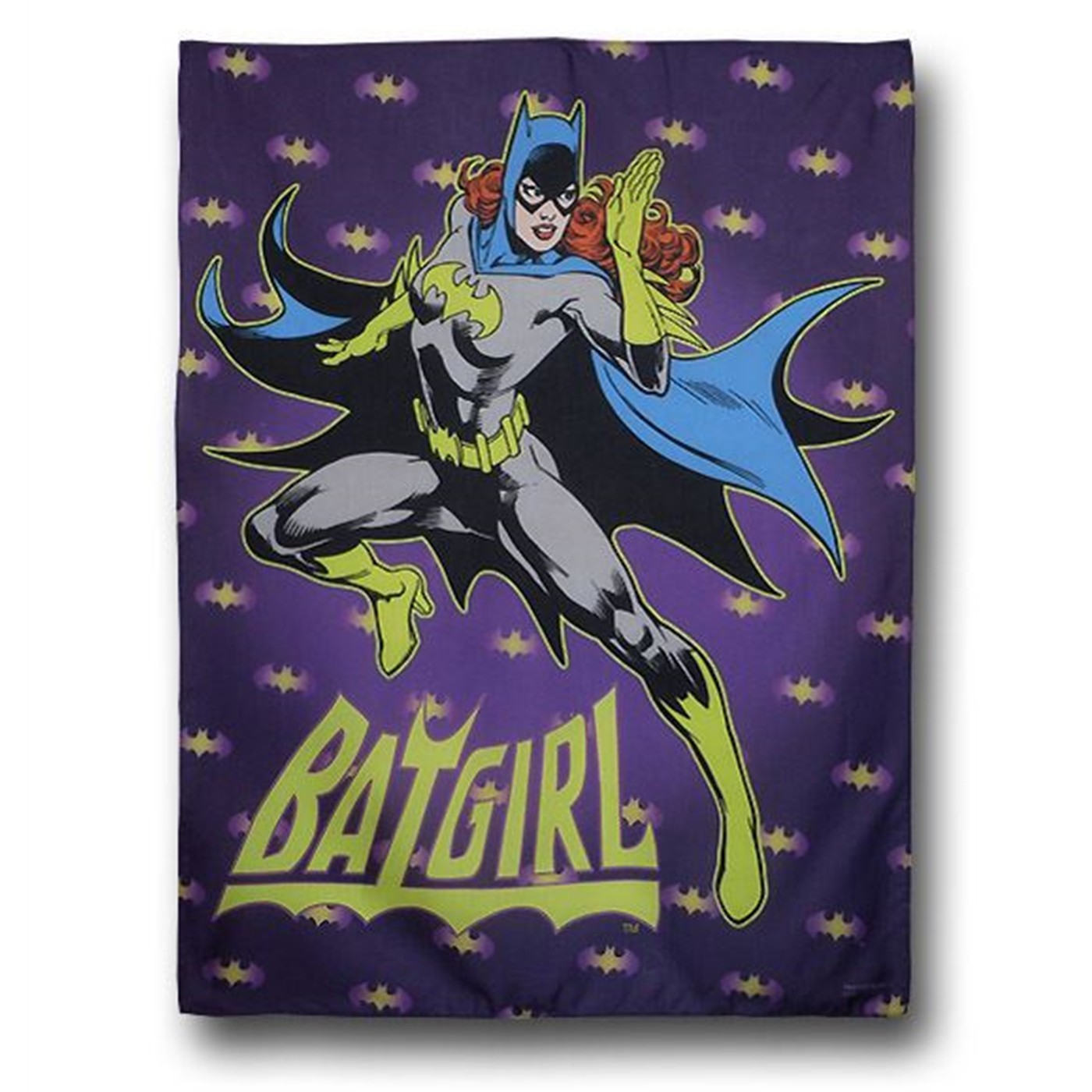 Measuring 30" across and 39" high, this sheer, fabric flag features an image of Batgirl in some crazy, mystic-Kung-fu defensive stance, preparing for your feeble attempt at displaying anything resembling ninja skills.  Hmm...your first attack looked a bit like the "tripping-monkey" technique developed in 1810 by one Master Shi-Quong Li from the Temple where the...ok., there is no such technique.  Batgirl's just being kind as you nearly remove your own ear with a wild swing and a hard collapse into a table-sized 8-track player.  You really shouldn't have taken the fight to your parents attic. This beautiful image of Barbara "Babs" Gordon in the cape and cowl is absolutely for fans of Batgirl, Batgirl chopping you in the throat and Batgirl pointing out that throwing up on yourself is not considered a martial art.