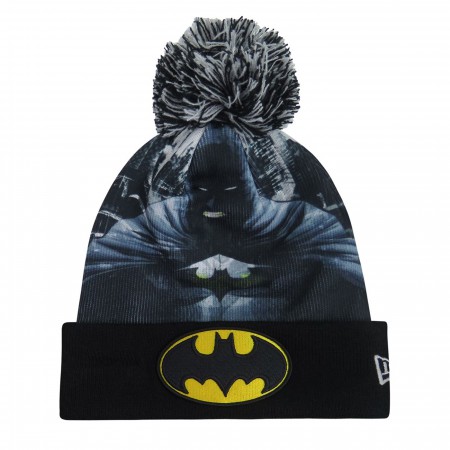 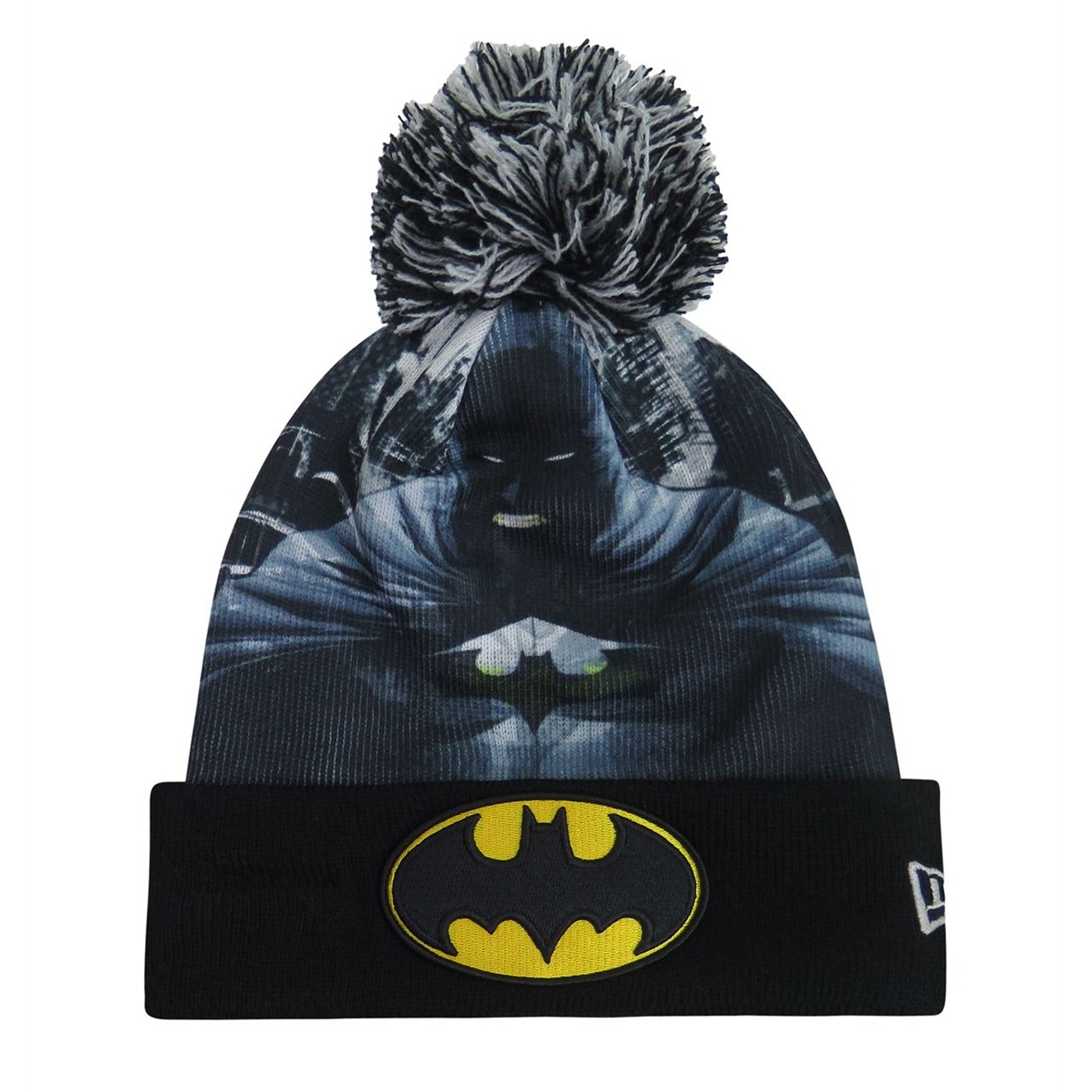 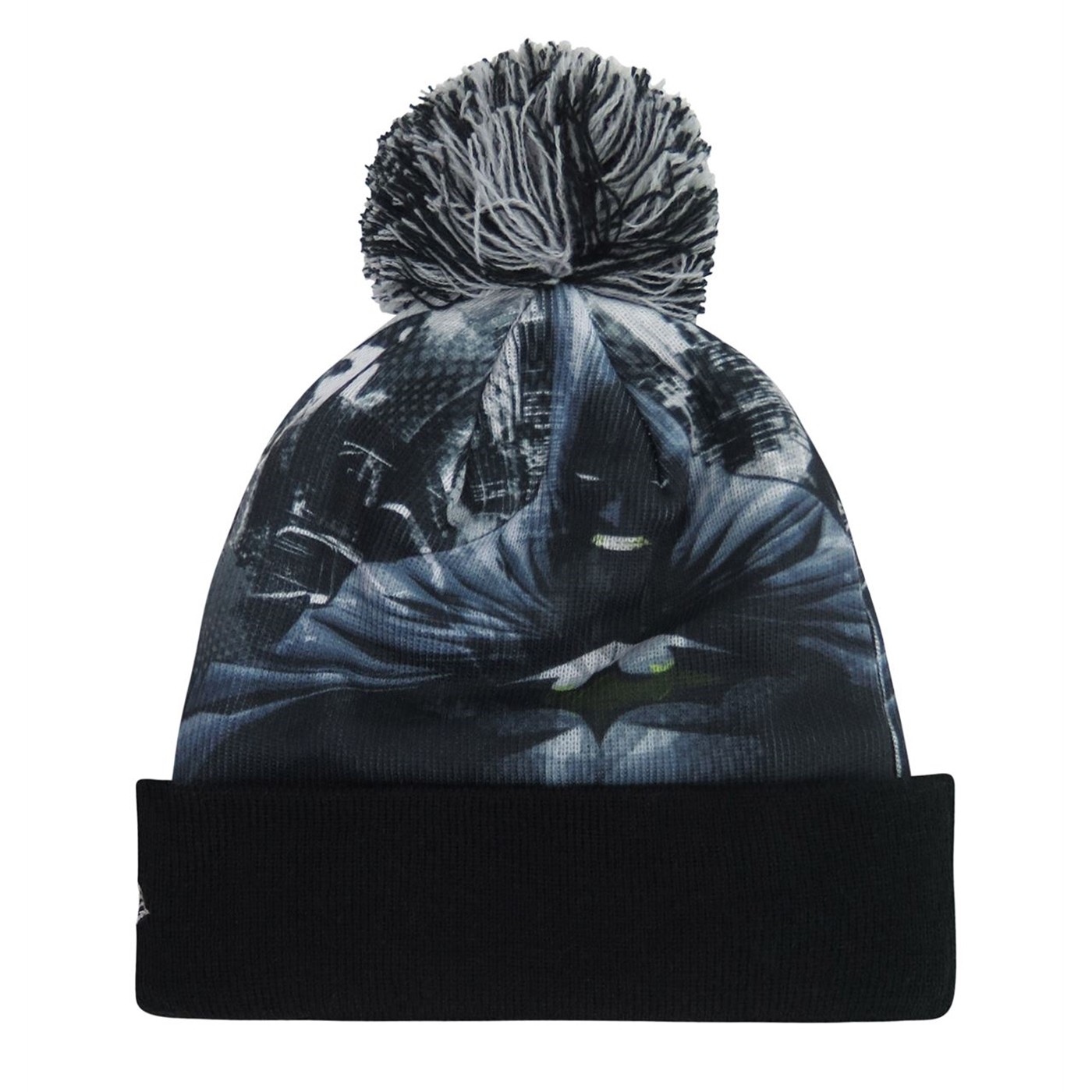 You're unusually close to a very angry Batman.

How close? Well, I hate to break it to you, but he's currently perched atop your skull -- he's gritting his teeth directly above the roll-up cuff adorning our Batman Angry Bats Sublimated Pom Pom Beanie.

Sorry to scare you -- Batman isn't standing on your skull utilizing some secret ninja weight-displacement technique, but the sublimated illustration conveys some hyper-realistic rage.

From the incredibly talented and peerless hat/cap makers at NEW ERA, this Batman beanie for men and women features a black roll-up cuff complete with raised and embroidered Batman symbol.

And just above the terrifying Batman visage, a fluffy pom-pom rendered in soft gray and black strands.

Because "fluffy" should cancel out "angry."