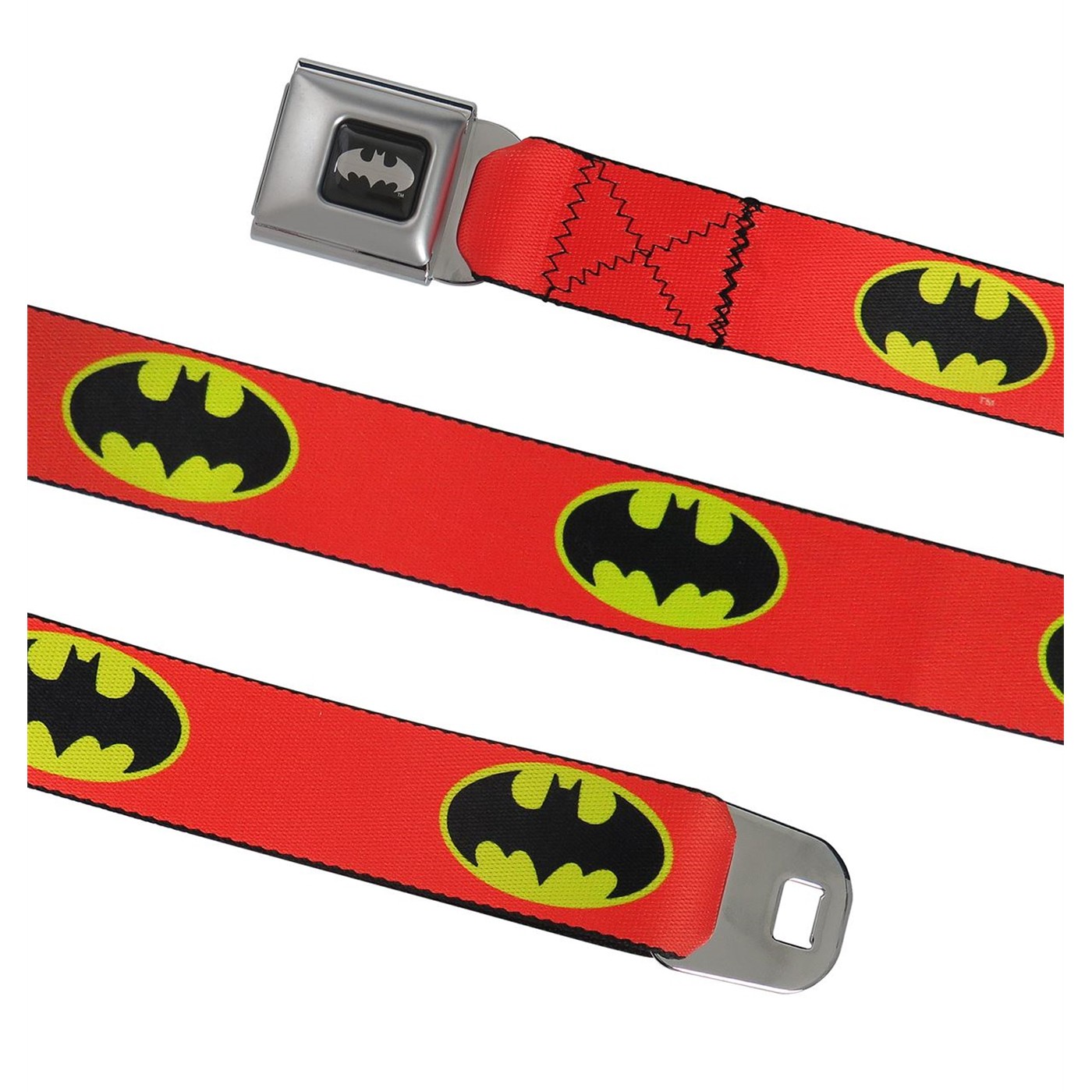 For crossing guards inspired by Batman.

If you're responsible for escorting Gotham's learned youth across the city's dangerous streets, Batman has your back.

Why? Because he realizes the streets are rampant with fast moving Joker-mobiles and giant, cybernetic penguins armed with shoulder-mounted rocket launchers.

And because he realizes the importance of crossing guards in his slightly insane city, he grants each one a very orange Batman Symbol Orange Seatbelt Belt.

And since this is, in fact, a seatbelt, this Batman belt for men and women features a solid-metal seatbelt buckle with push-button release.