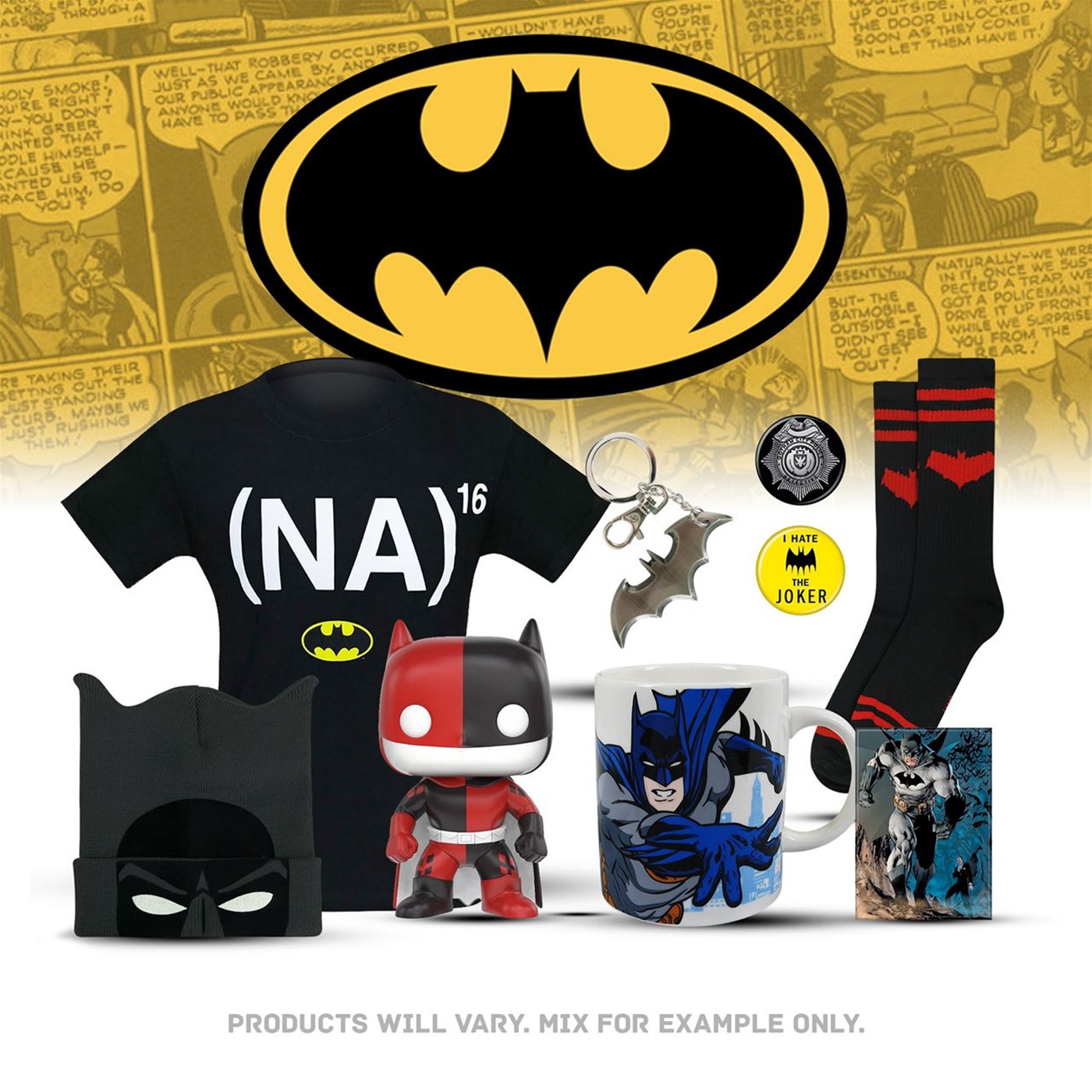 Who exactly is Batman? Is he some crazy person with a ton of trauma and too much money and free time? Is he a force for good in world full of even more crazy people? I guess the real answer tends to be in the hands of who is writing him...just ask Alan Moore! Armed with a powerful mind and a tool for any occasion, Batman is respected and feared even outside of Earth and once was recruited into the Sinestro Corps for his ability to instill fear. That's pretty impressive in a world that contains beings like Superman and Darkseid. He's just some dude in a cape!

Trained by assassins and world traveled, Batman's alter-ego is Bruce Wayne. Inheriting a vast fortune, Bruce Wayne witnessed his parents being shot and that forever changed the course of his life. Not in a happy sort of way but more or less in a 'I'm going to become my worst fear in order to strike back at evil'. Sounds like a pretty sound plan, right? With an impressive retinue of color villains like the Joker, Scarecrow, Penguin, Poison Ivy, Mr. Freeze, Two-Face, Catwoman, Mad Hatter, the Riddler, and many more, Batman often has his work cut out for him.

Known the world-round as one of the most popular comic book characters, Batman is a pop cultural titan that stretches back decades. We had the Batman serials around the 1940s. We had Adam West in the 1960s. We had Tim Burton and Michael Keaton in the late 1980s. We had Val Kilmer and George Clooney towards the trail end of the 1990s. We had Christian Bale and Christopher Nolan in the 2000s and now we have Ben Affleck! The mantle continues to pass but one thing is always certain...there must always be a Caped Crusader! That's certainly understandable enough, right?

It is for that reason that we created the fantastic Batman HeroBox. These can come in two different tiers of awesome and they are the ultimate deal for fans of DC Comics' Dark Knight. You'll at least get a t-shirt but beyond that it is anybody's guess! You could get pint glasses, POP Funs, keychains, buttons, magnets, bumper stickers, ice cube trays, hacky-sacks, sunglasses, Batarangs, Kryptonite-tipped spears, or stickers! You'll be ready for anything as long as you have the exceptional Batman HeroBox! Great as a gift or for keeps...guess that decision is yours, isn't it? I gave this to my Batman fanatic hubs for Christmas and he loved it. There was a ton of great stuff. Ironically I had also bought him the tshirt that was in it separately. He didn't mind having two of the same. It was totally worth upgrading to the bigger box. I'll definitely be buying more of these.

Overall, good quality and a fun gift for a superhero fan

The items inside the box were cute and well worth the price I paid. Really liked the quality of the shirt and the awesome boxers with cape. However, I was charged shipping and promised delivery by Christmas but it was not delivered until after Christmas so it became a late gift. Huge disappointment.

Stuff was awesome thanks

I loved the herobox so much .. It was such a fun mystery to open and it was filled with the coolest batman gear .. I am so happy I bought it !! I would do it again !!