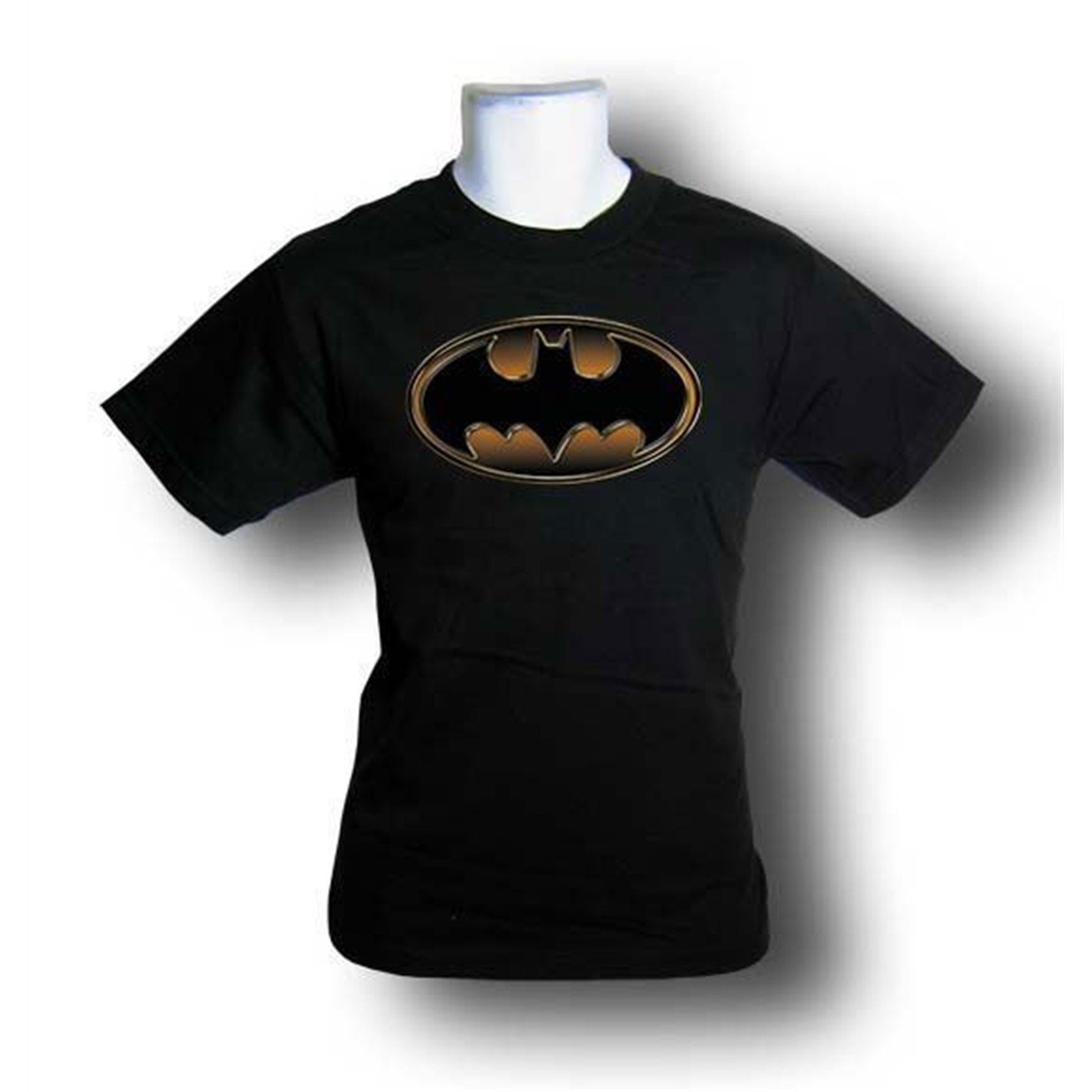 You remember the first big budget Batman film envisioned by director Tim Burton, right?  And Michael Keaton was chosen to play the part of Batman / Bruce Wayne?  You don't?  Oh, you do. Good, because here's the same Batman Symbol that was used as part of the ad campaign that literally slapped you silly before Burton's 1989 Batman film hit the theaters.  Relive the beginning of Hollywood's second and more serious look at the Superhero genre with the Batman 1989 Movie Symbol T-Shirt.  100% Cotton.