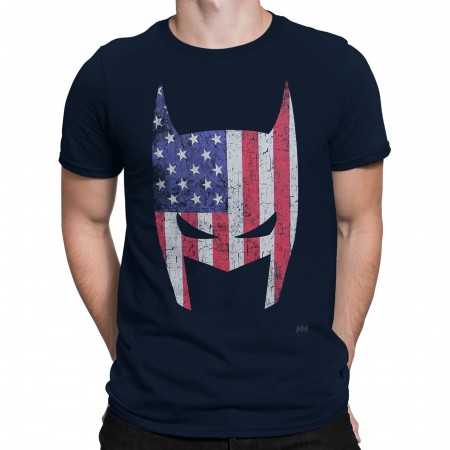 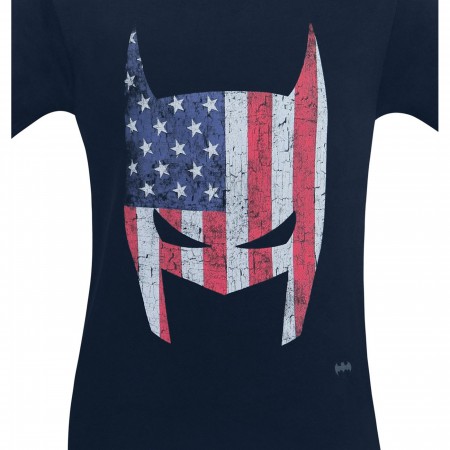 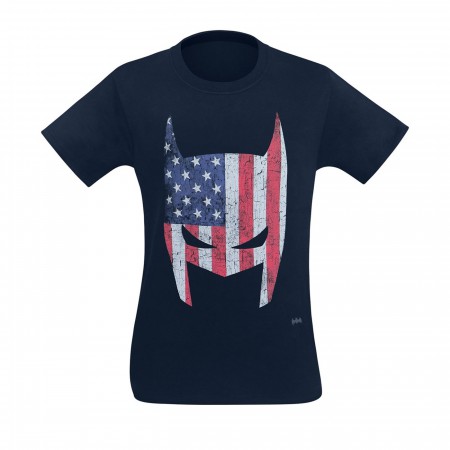 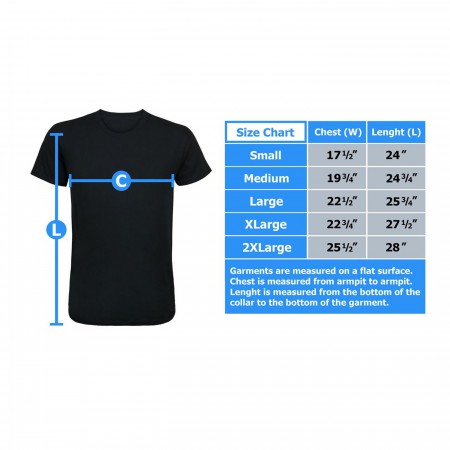 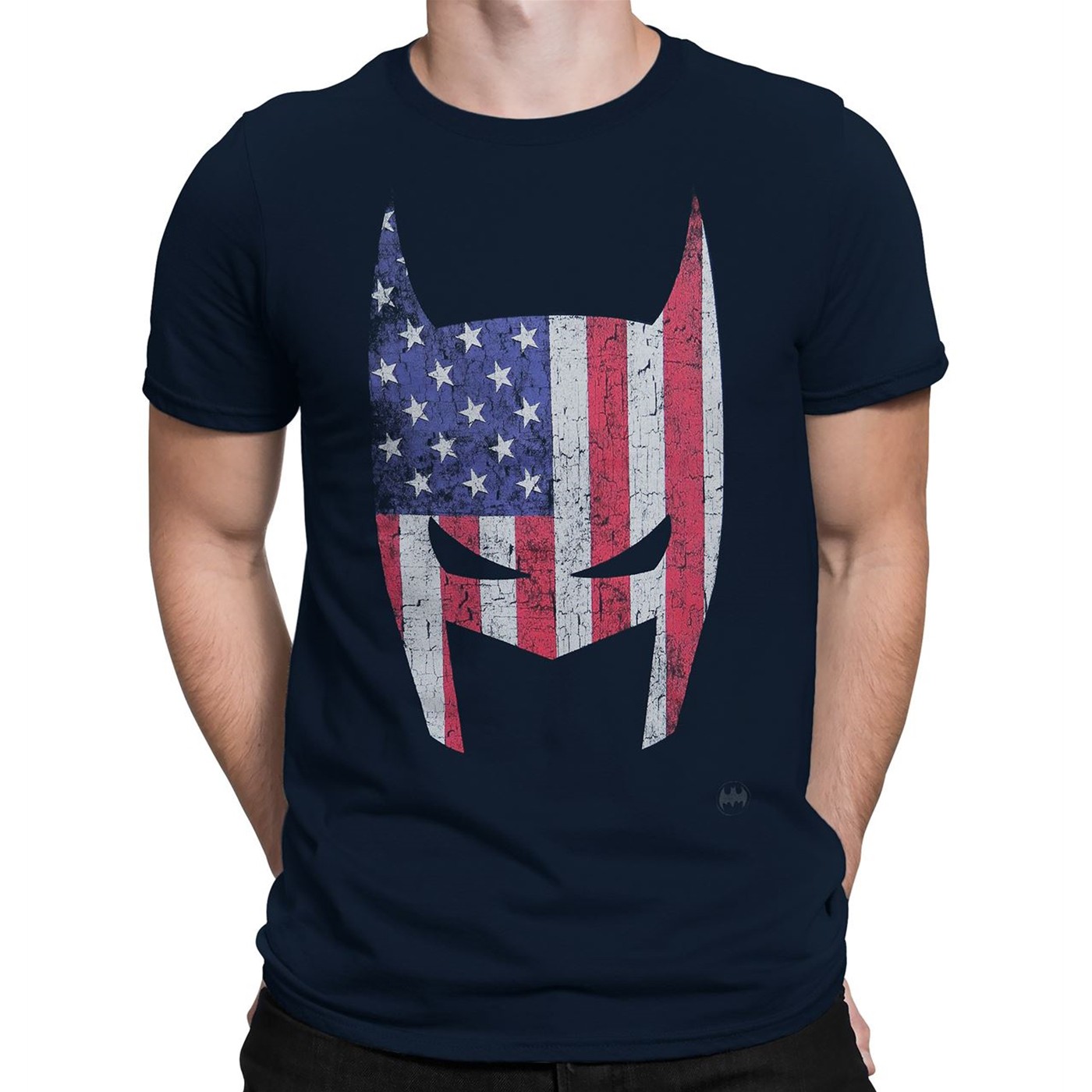 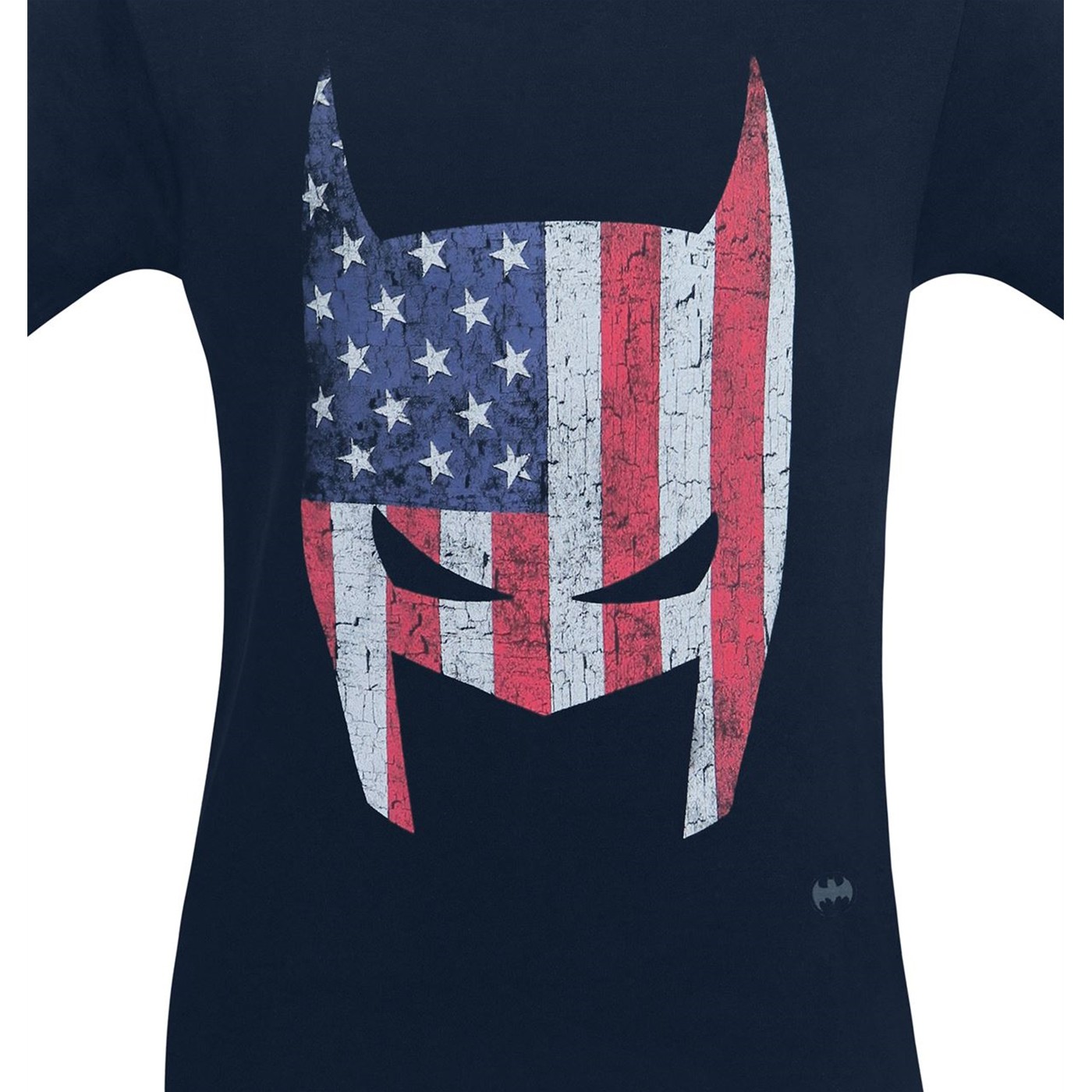 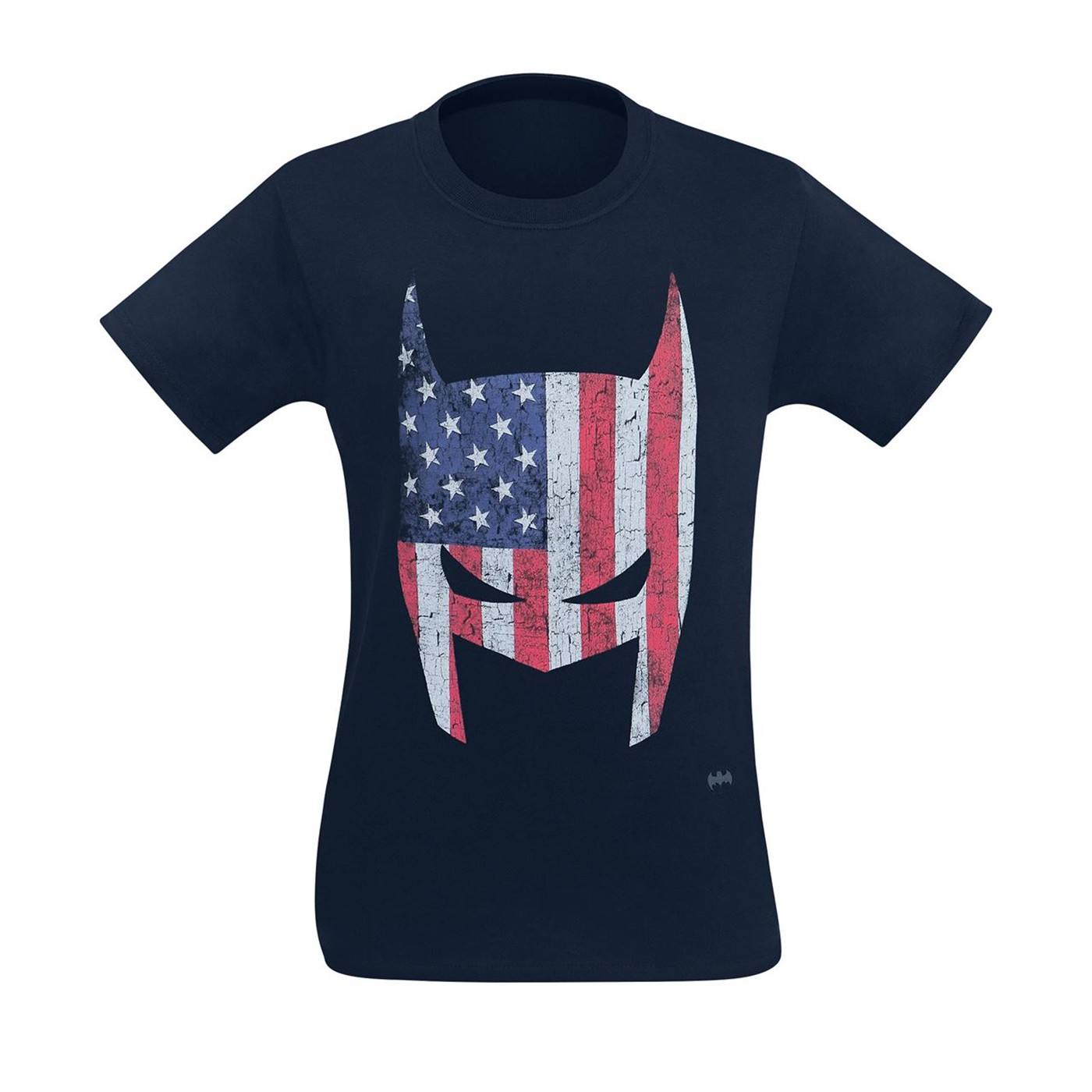 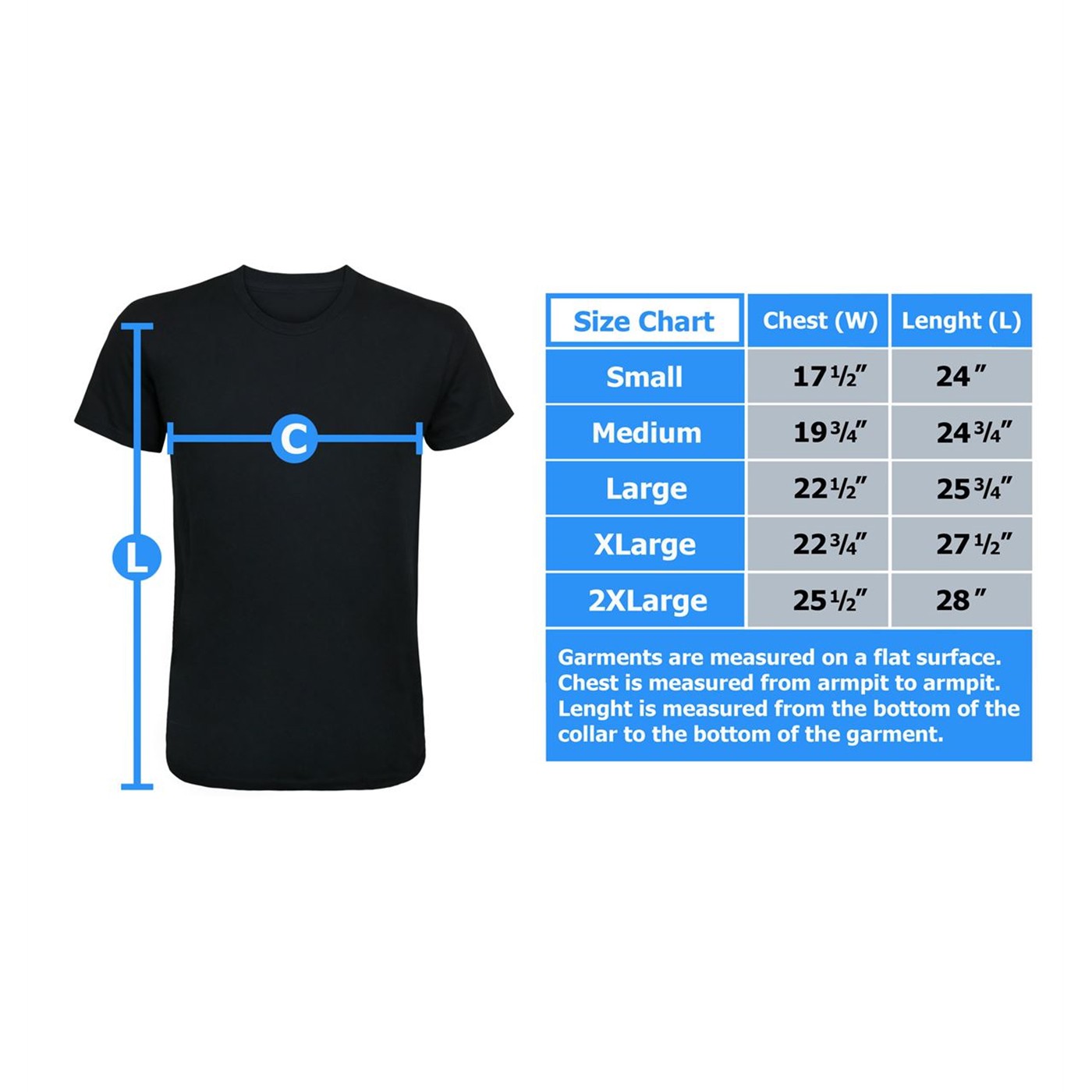 Yes, Superman often -- and publicly -- espouses American values while flying a flag in one hand and rescuing imperiled cats with the other.

However, he's not an American -- he's a dangerous alien with the ability to annihilate cities with a hiccup.

Thankfully, Gotham City's Batman -- America's premier (but spooky) vigilante -- will protect us from this extraordinarily handsome -- but dangerous (!) -- alien threat.

Made from 100% cotton, our Batman American Cowl Men's T-Shirt features an image of Batman's cowl filled with the stars and stripes of Old Glory.

Slathered with a cowl-shaped American flag, this Batman shirt for men celebrates our homegrown -- but occasionally too violent -- savior.