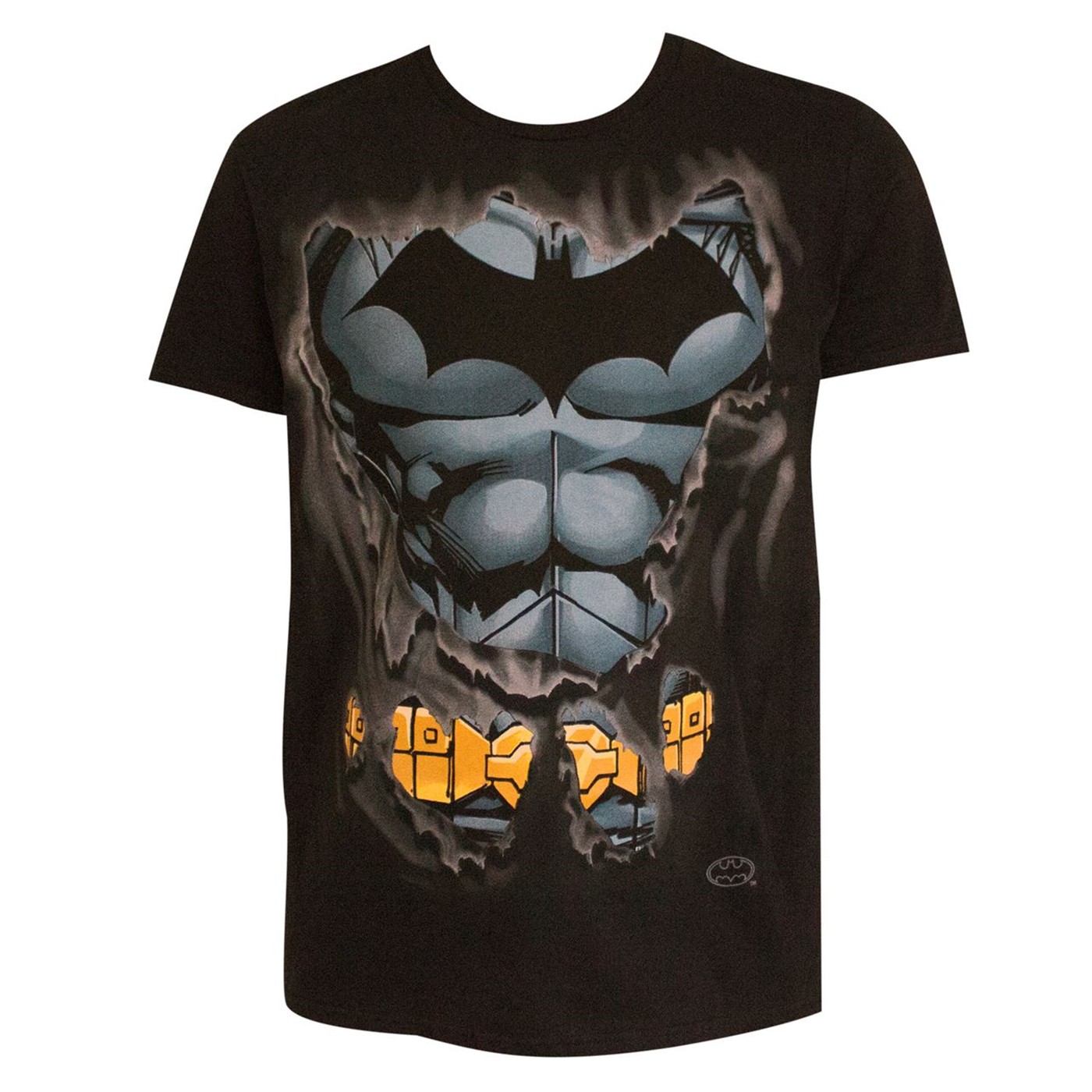 Hey Bruce, don’t stand so close to the fire.

This is why you have to be careful around campfires. Even someone as badass as Batman is not immune to fire. Bruce Wayne doesn’t get invited to many things, so when Selina invited him to her college reunion party to meet her friends, he really wanted to impress them.

Of course, he still was on duty as Batman because it was nighttime so he just wore something casual out with his Batsuit underneath. Everything was going great until the tequila came out. Just before the bottle was emptied Bruce was singing old Patti Smith songs and messing with the fire and before long he lit up like a roman candle. After he stopped dropped and rolled, he was fine, but he had burned away the front of his shirt and revealed his secret identity. Good thing Comic-Con was that weekend so everyone just thought he was a closet cosplay guy and were able to laugh it off. This is that shirt.