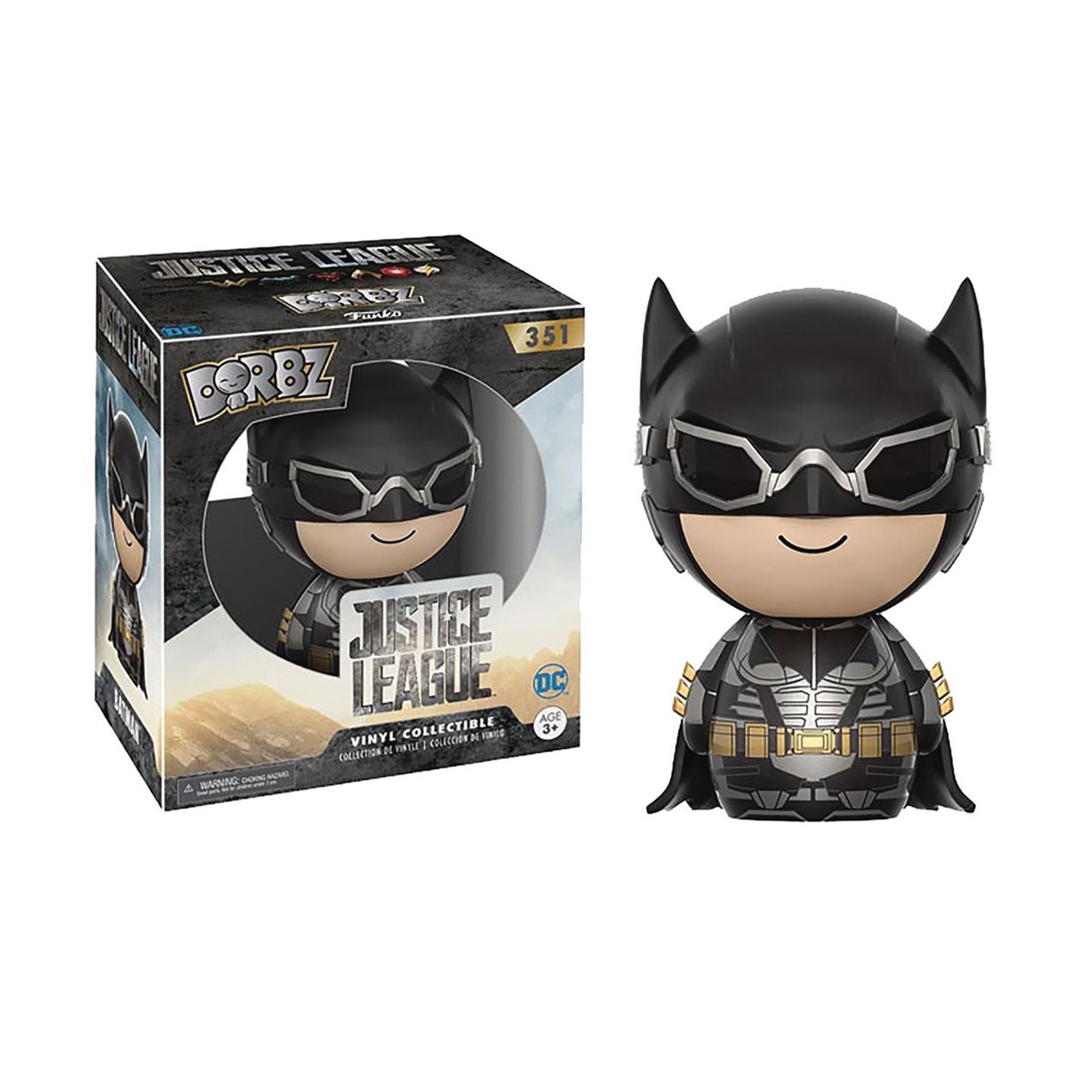 Because superior kung-fu skills aren't enough in the fight against Steppenwolf.

Sure, Batman is certainly formidable, considering he's the world's greatest detective and martial artist. Oh, and he did manage to defeat Superman that one time (which is a hard pill to swallow, but let's not sweat the small stuff).

However, at the end of the day, and no matter how many rocket-launching penguins Batman successfully lures into the Gotham Foundry, the diligent (and seemingly otherworldly) Dark Knight is just a man.

So, when cosmic, other-dimensional gods (and their armadas) commit themselves to terraforming Russia, the forever prepared Batman DORBZ figure breaks out the heavy armor.

Measuring 3" high, this adorable Batman DORBZ figure from FUNKO -- based on the "hit" Justice League film -- features Batman in his strength-enhancing tactical armor.

And, like all FUNKO products, the attention to detail is astonishing.

Including carefully printed, movie-accurate costume accents and those spectrum-enhancing goggles, this pleasantly rounded Batman figure will do his best to tolerate Aquaman while insulting Wonder Woman.