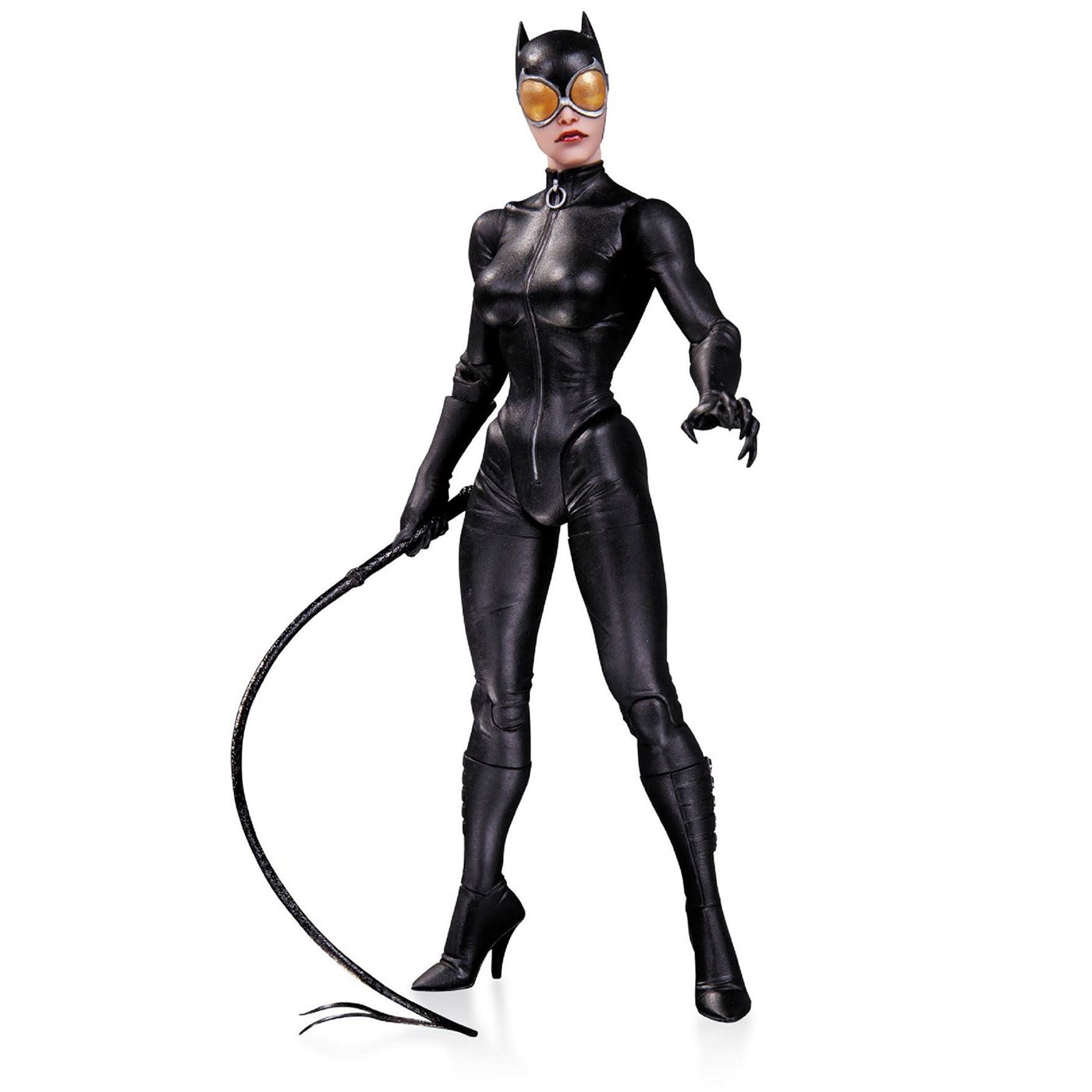 The 6.5 inch tall Catwoman Designer Series Figure once stared in that Devo video. The one that wasn't 'Whip It' though. That jokes too easy and I'd rather test your memory skills out at the moment. Nobody seems to know of another video from Devo so this may be a trick question. You know what isn't a trick though? The Catwoman Designer Series Figure! This thing is sweet and everybody loves the design by Greg Capullo!