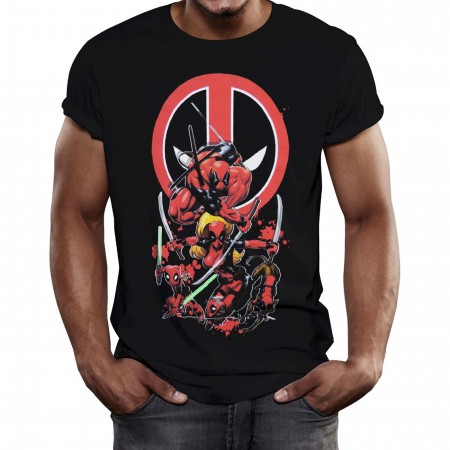 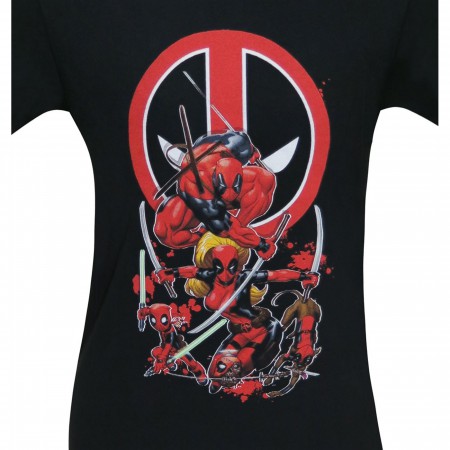 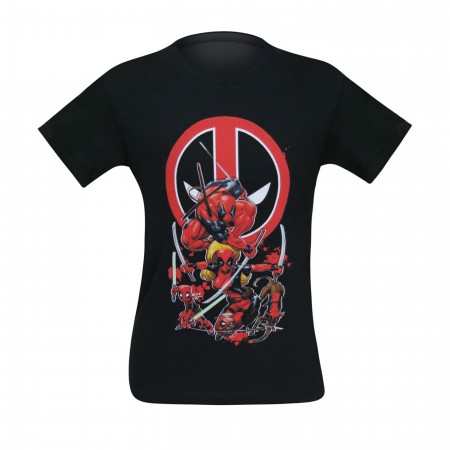 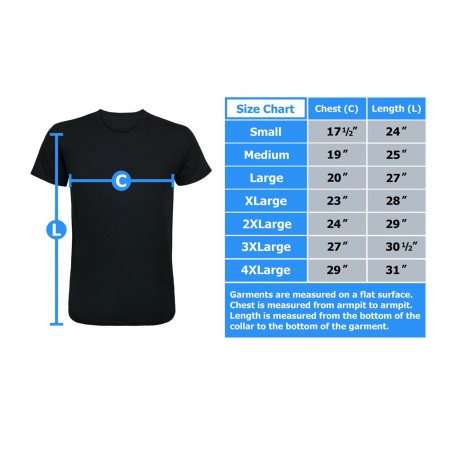 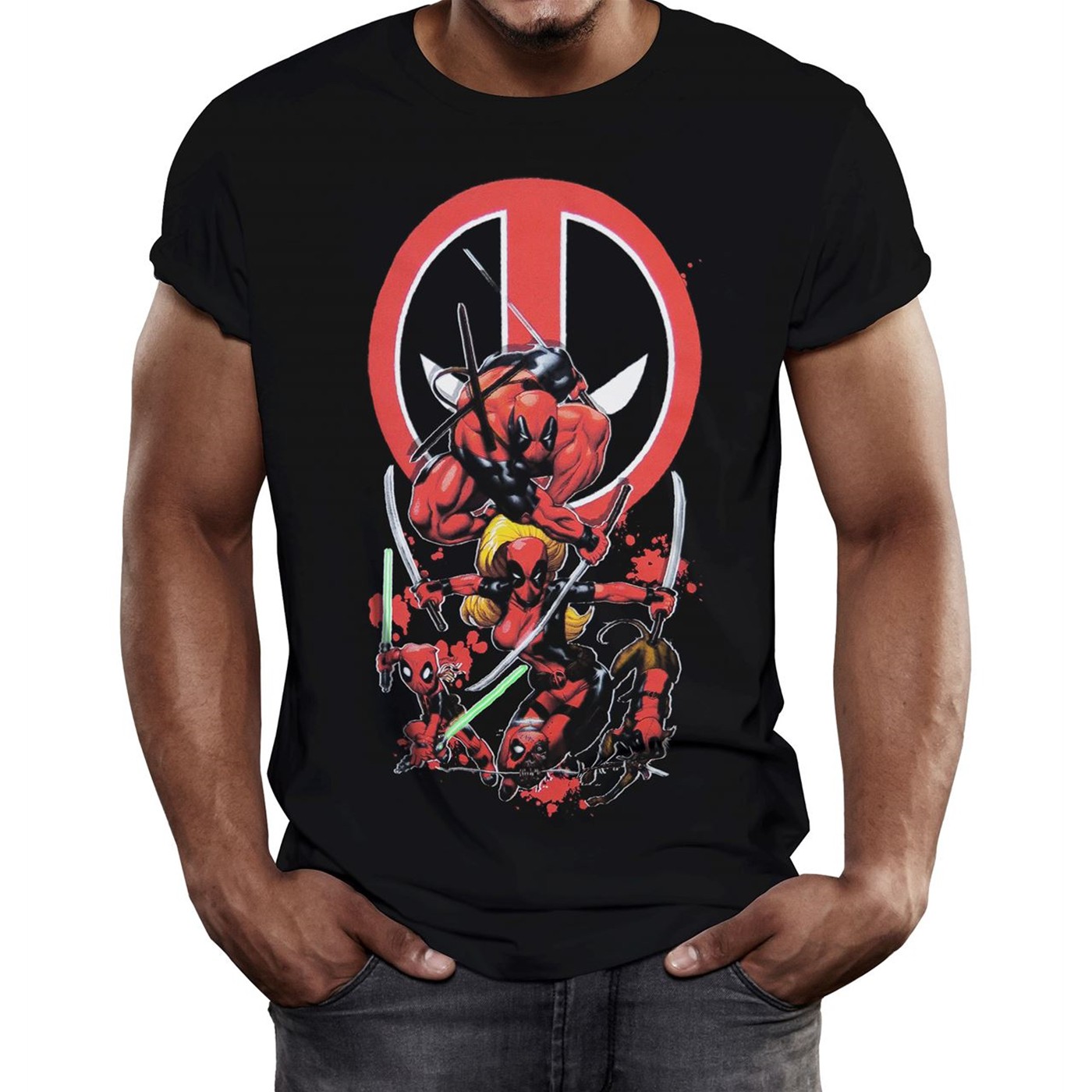 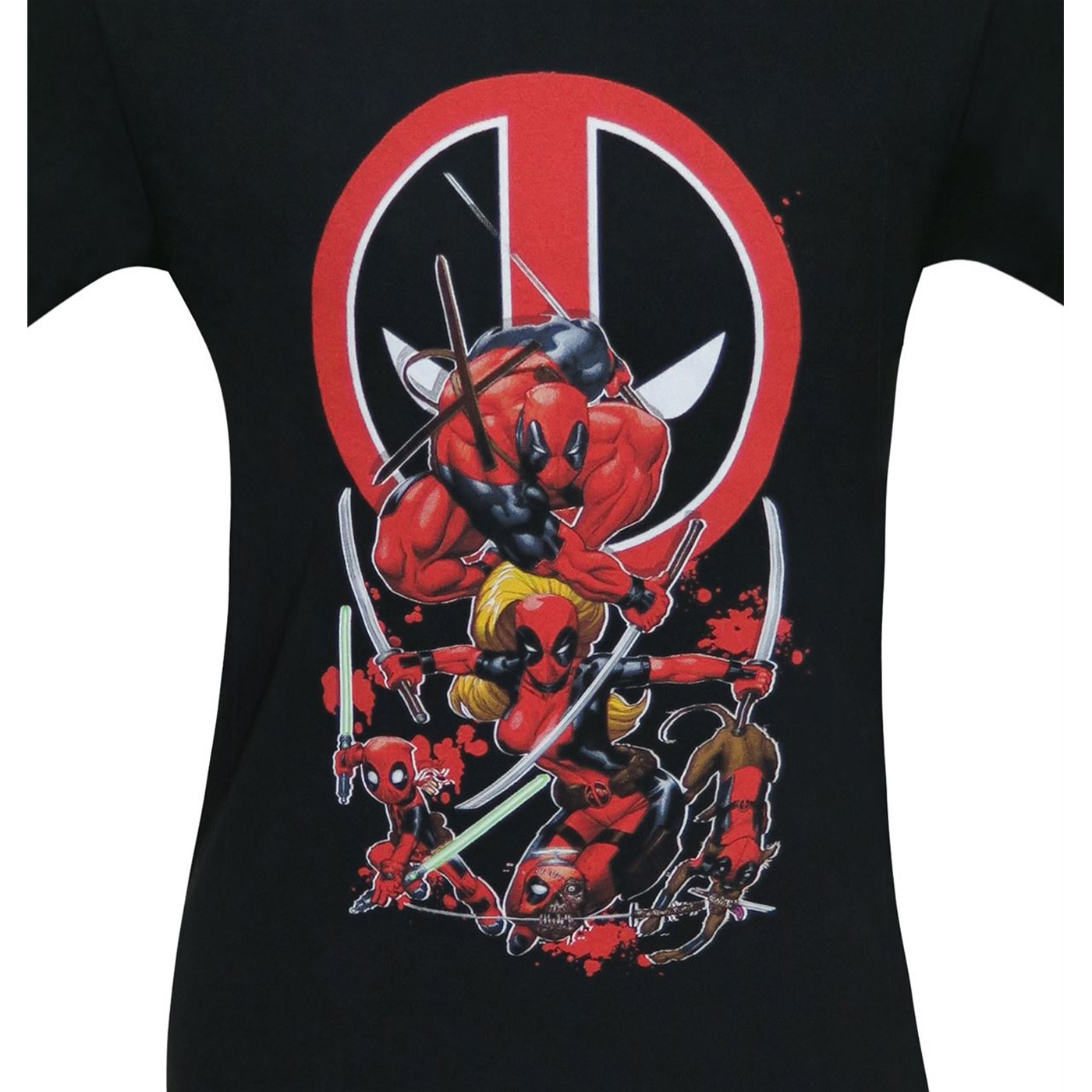 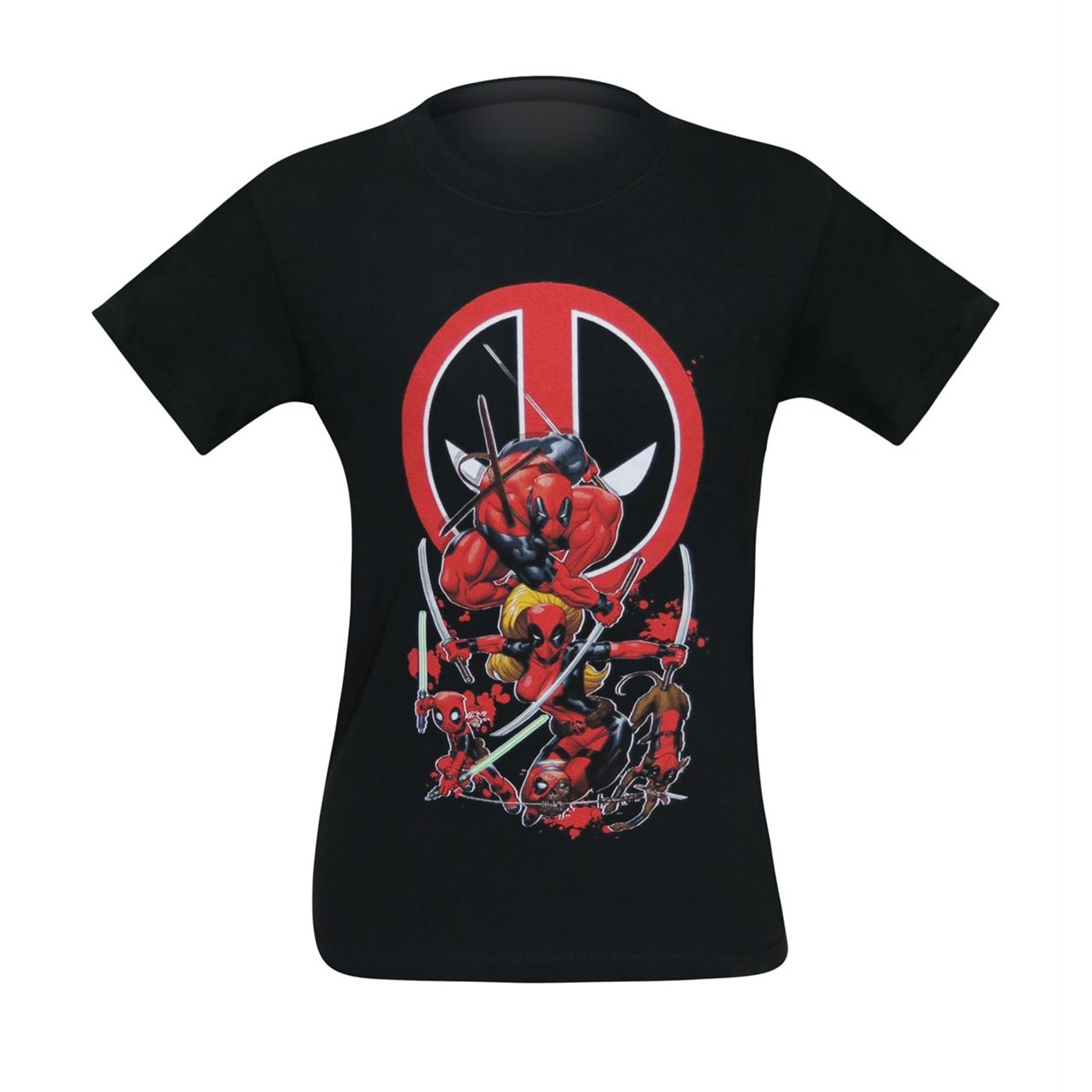 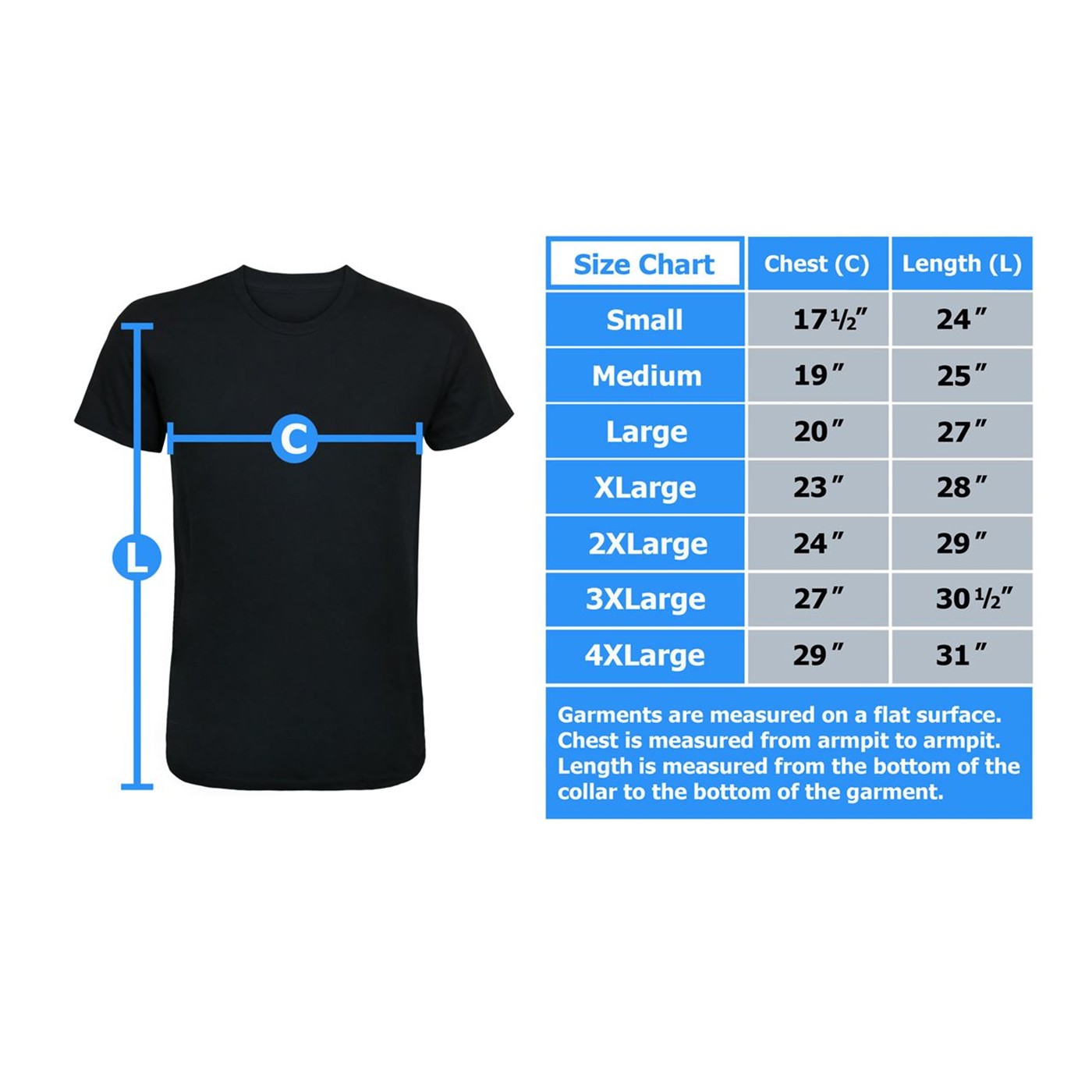 The true story of infinite Deadpools.

Deadpool was chosen by "The Contemplator" to stop a horrifying consciousness known as "The Awareness."

So, Deadpool recruited a handful of Deadpools from alternate universes to combat the Multiverse-ending threat. The name "Deadpool Corps" was bandied about. Hilarity was assured.

Our soft Deadpool t-shirt for men features the following alternate Deadpools Deadpool-ing about: