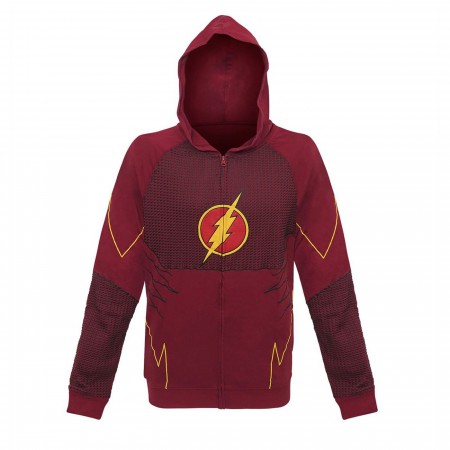 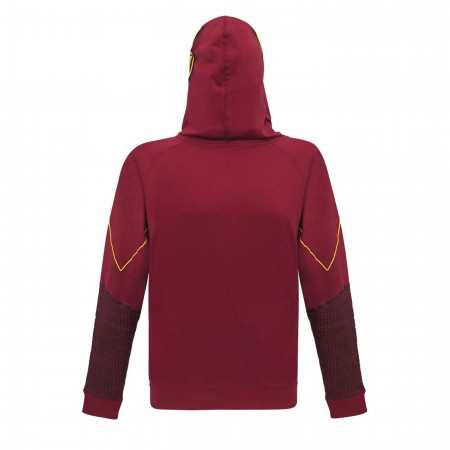 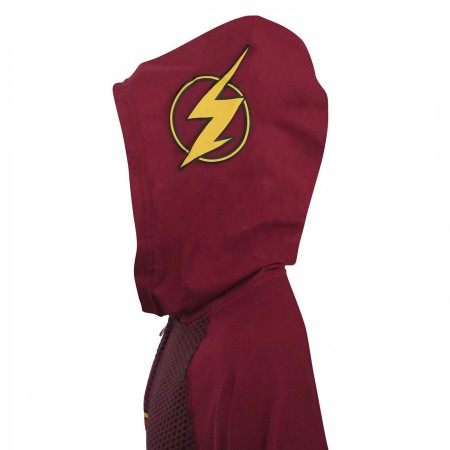 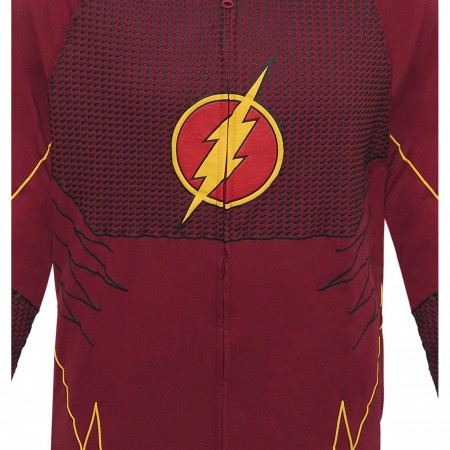 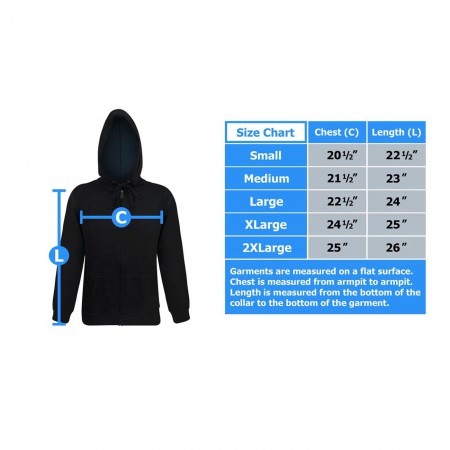 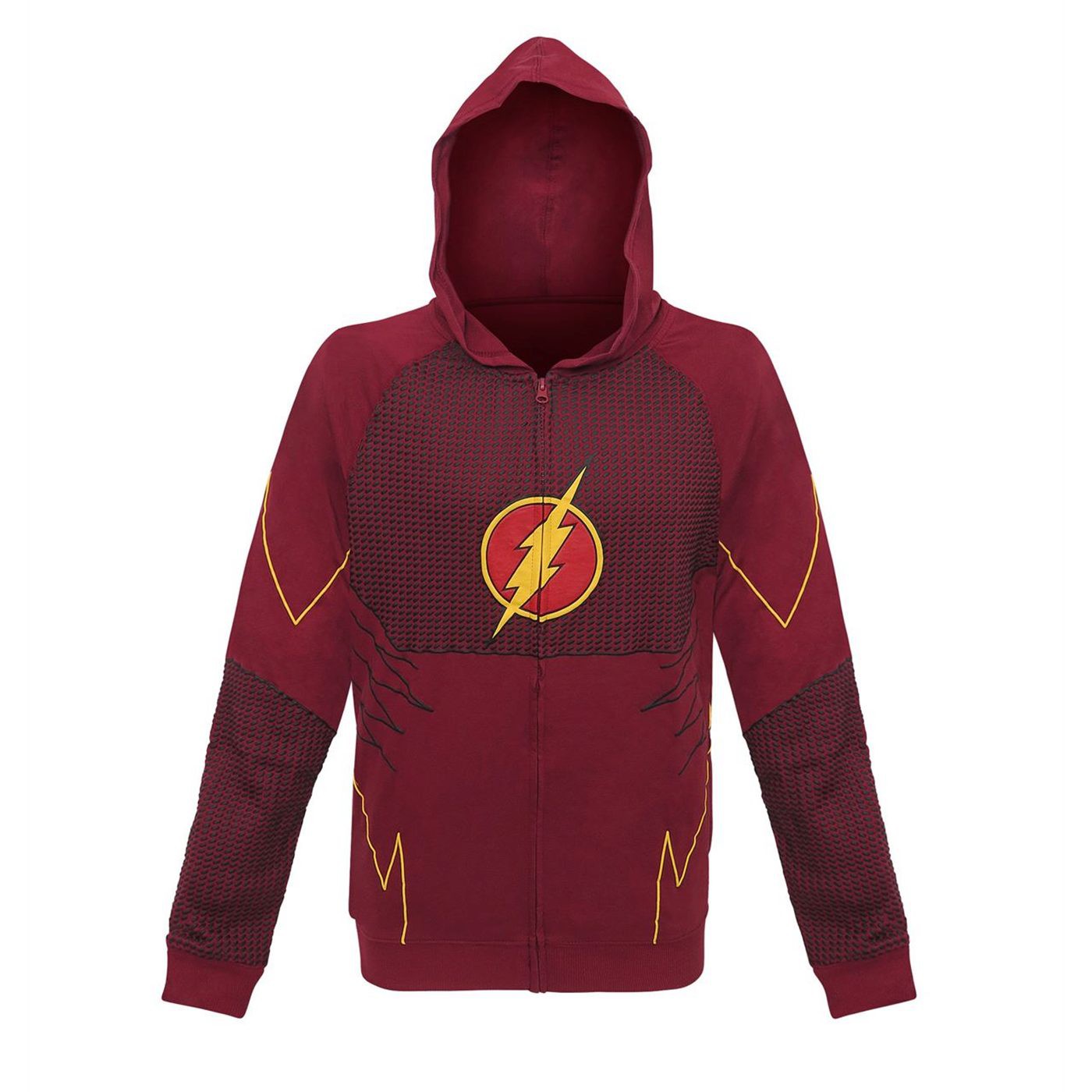 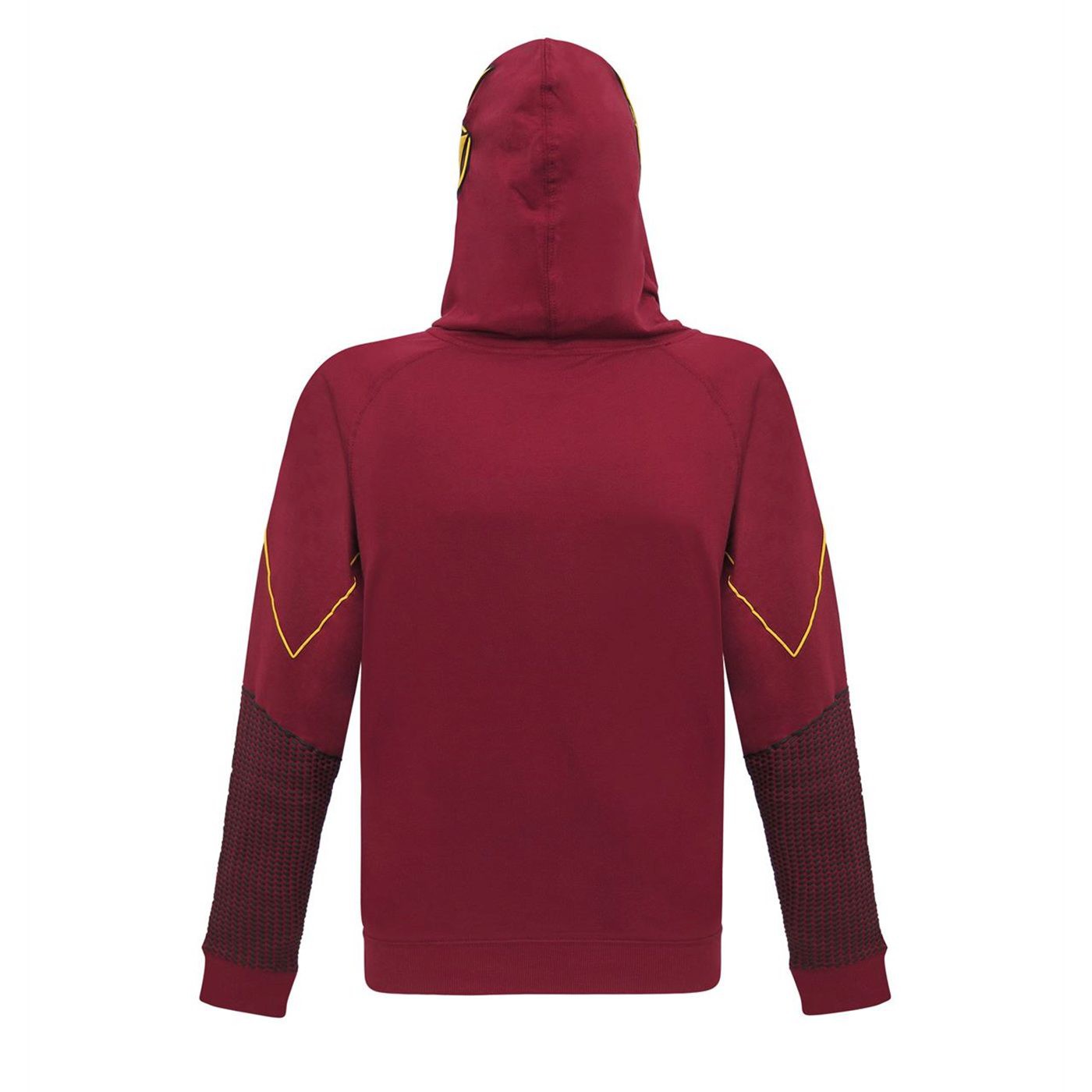 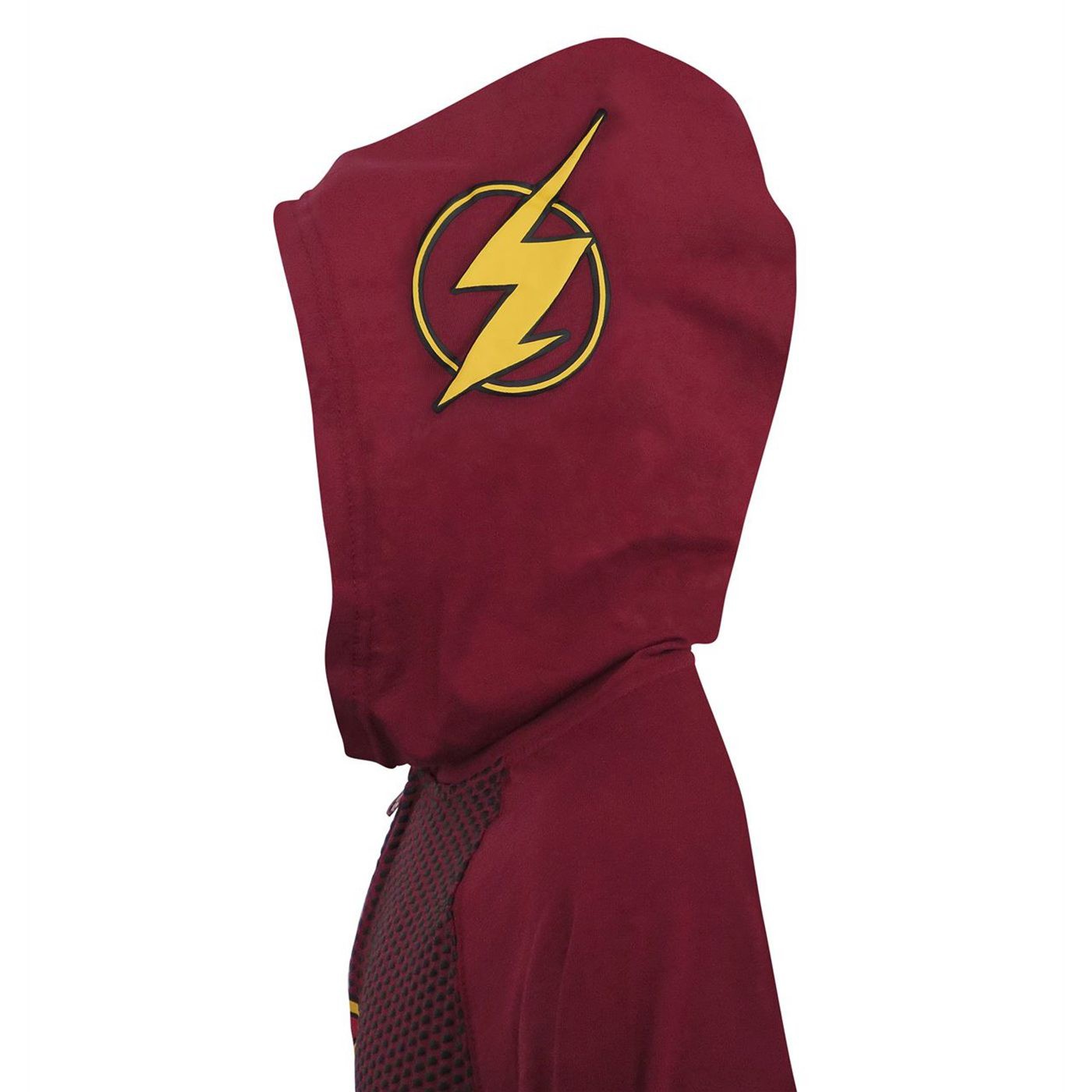 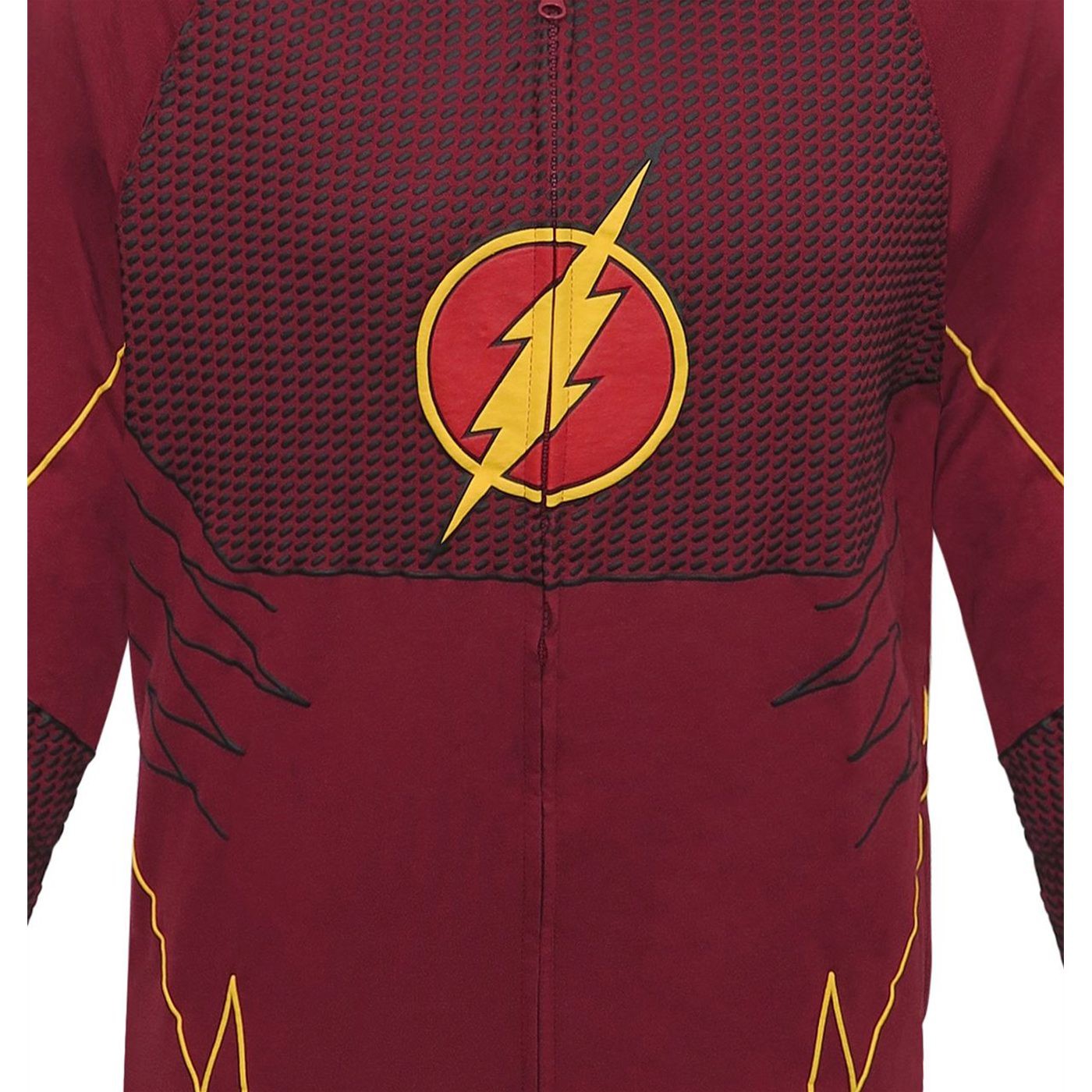 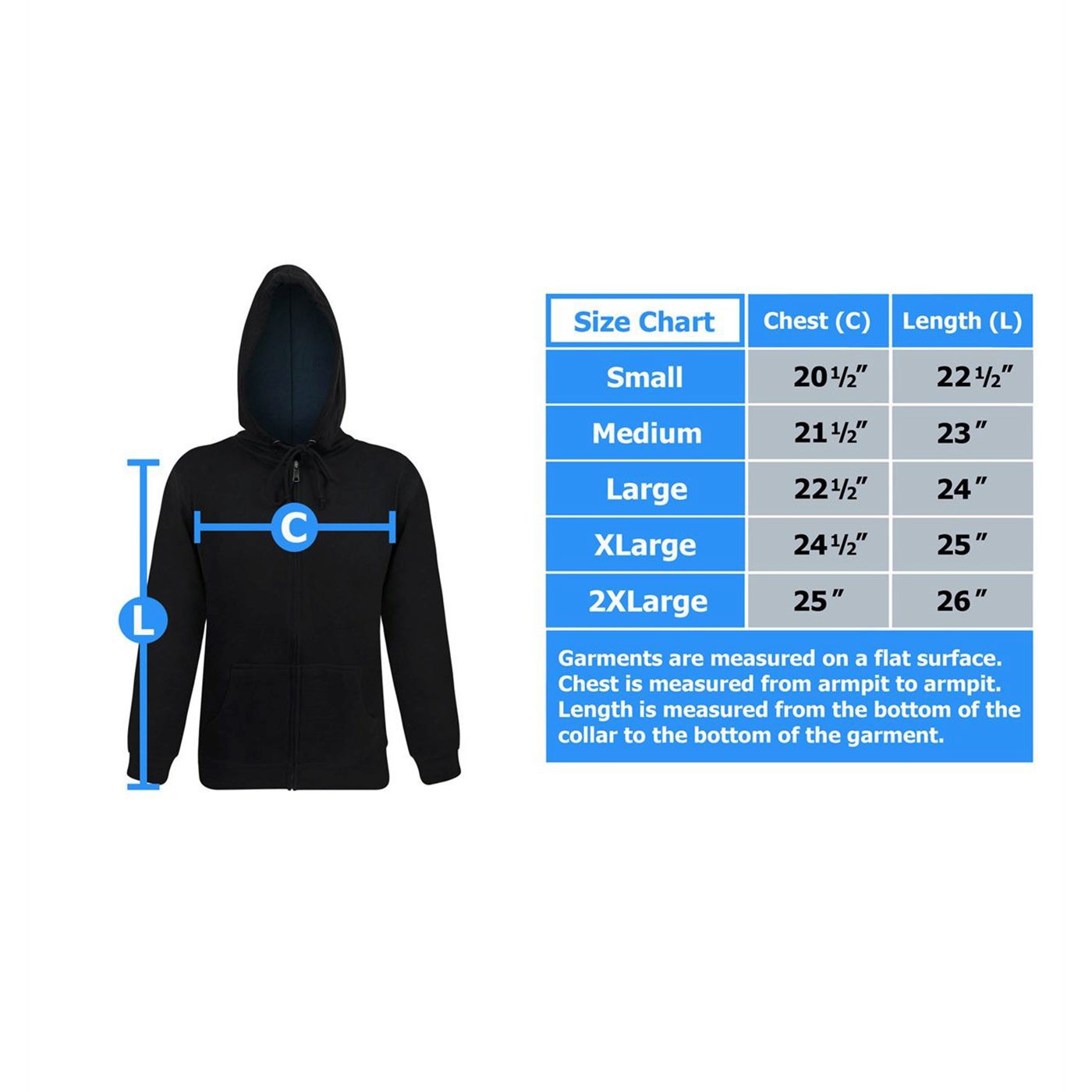 This hoodie is so costume-accurate, The CW network inquired about renting it for the duration of season 4.

Seriously, our Flash TV Series Men's Costume Hoodie captures the appearance The Flash's TV-specific costume so accurately, those who wear it tend to run afoul of Captain Cold.

From the raised and patterned "treading" layering the chest, to the thick, raised ear-bolts, this Flash costume hoodie for men really nails the TV-specific fatigues. Let's break it down:

Made from 60% cotton and 40% polyester, this Flash costume hoodie based on the hit TV show is so similar to Barry Allen's Flash-wear, we're hesitant to place it anywhere near the office treadmill.

Lightweight, and even cooler in person!

This jacket is not meant for the cold but it looks awesome for a spring/summer "Flashy" fashion!

The shirt is a nice costume but it is made of t-shirt material and therefore pretty thin.