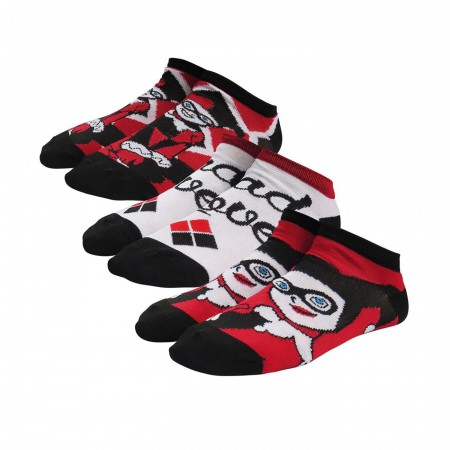 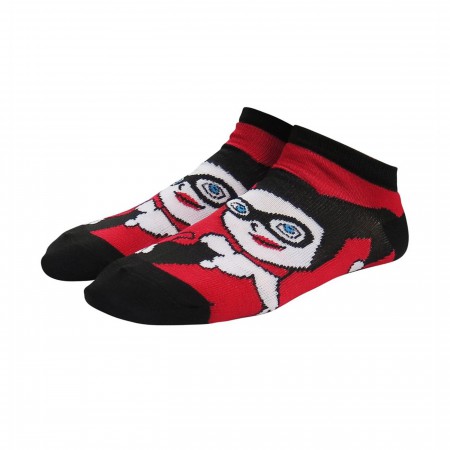 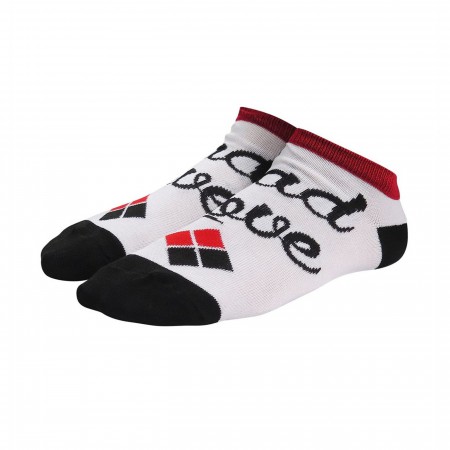 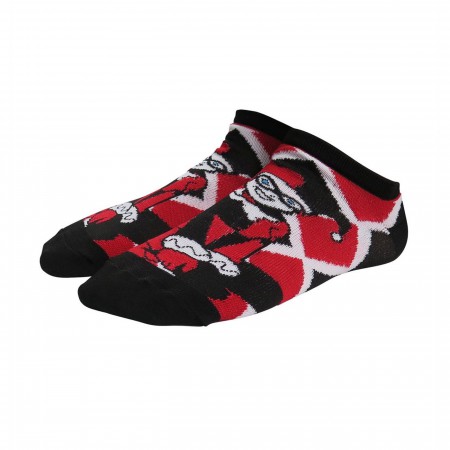 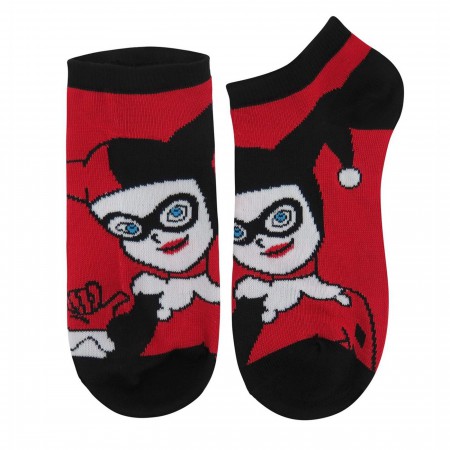 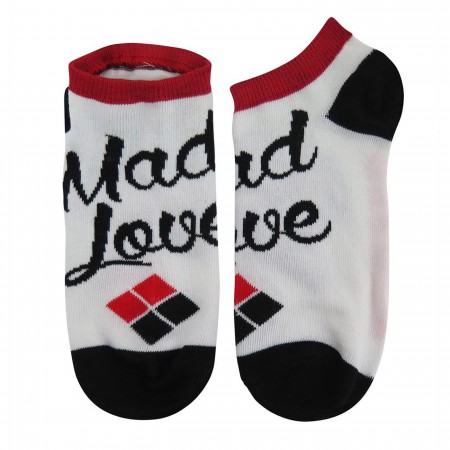 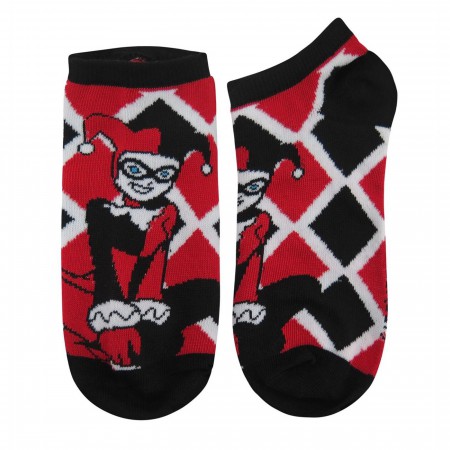 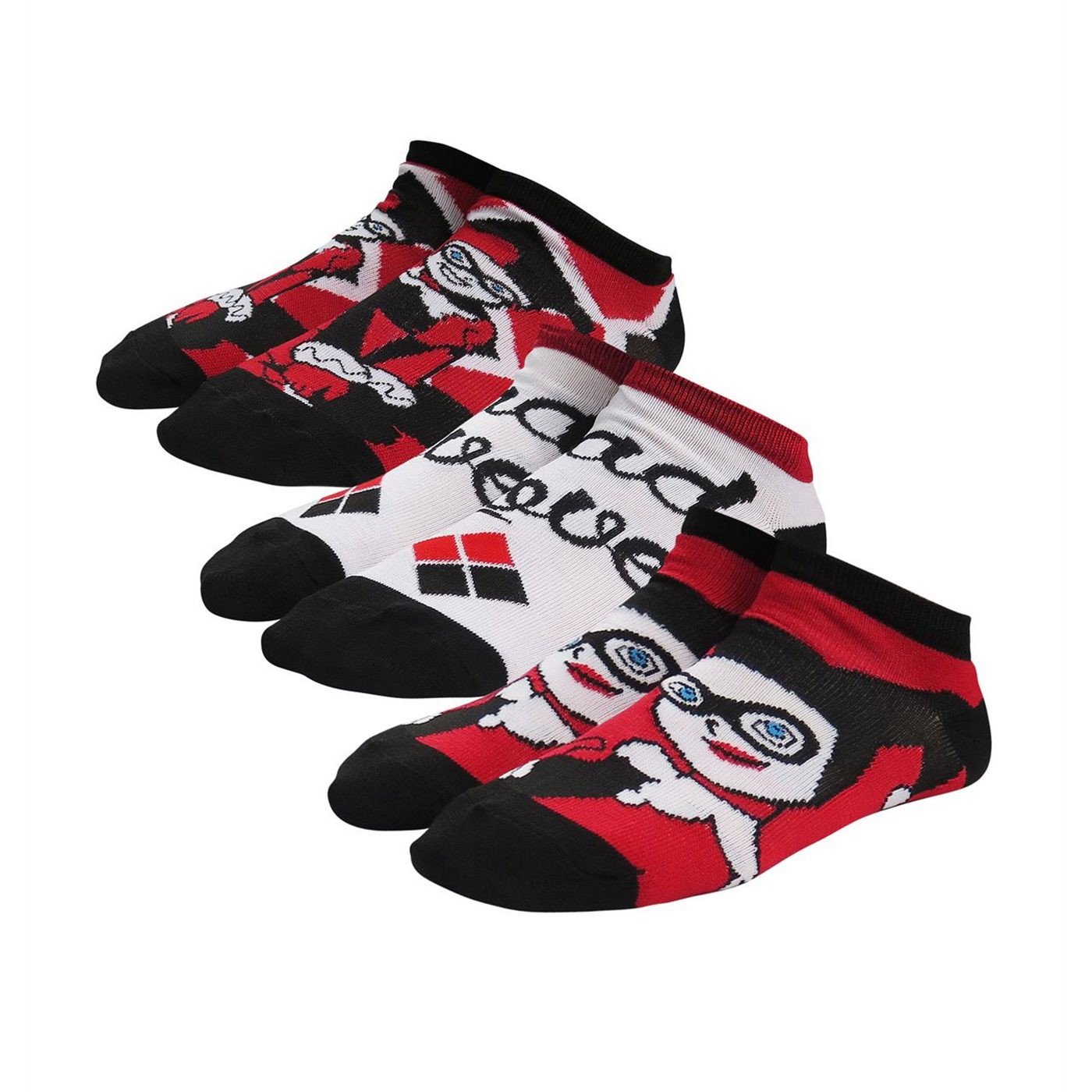 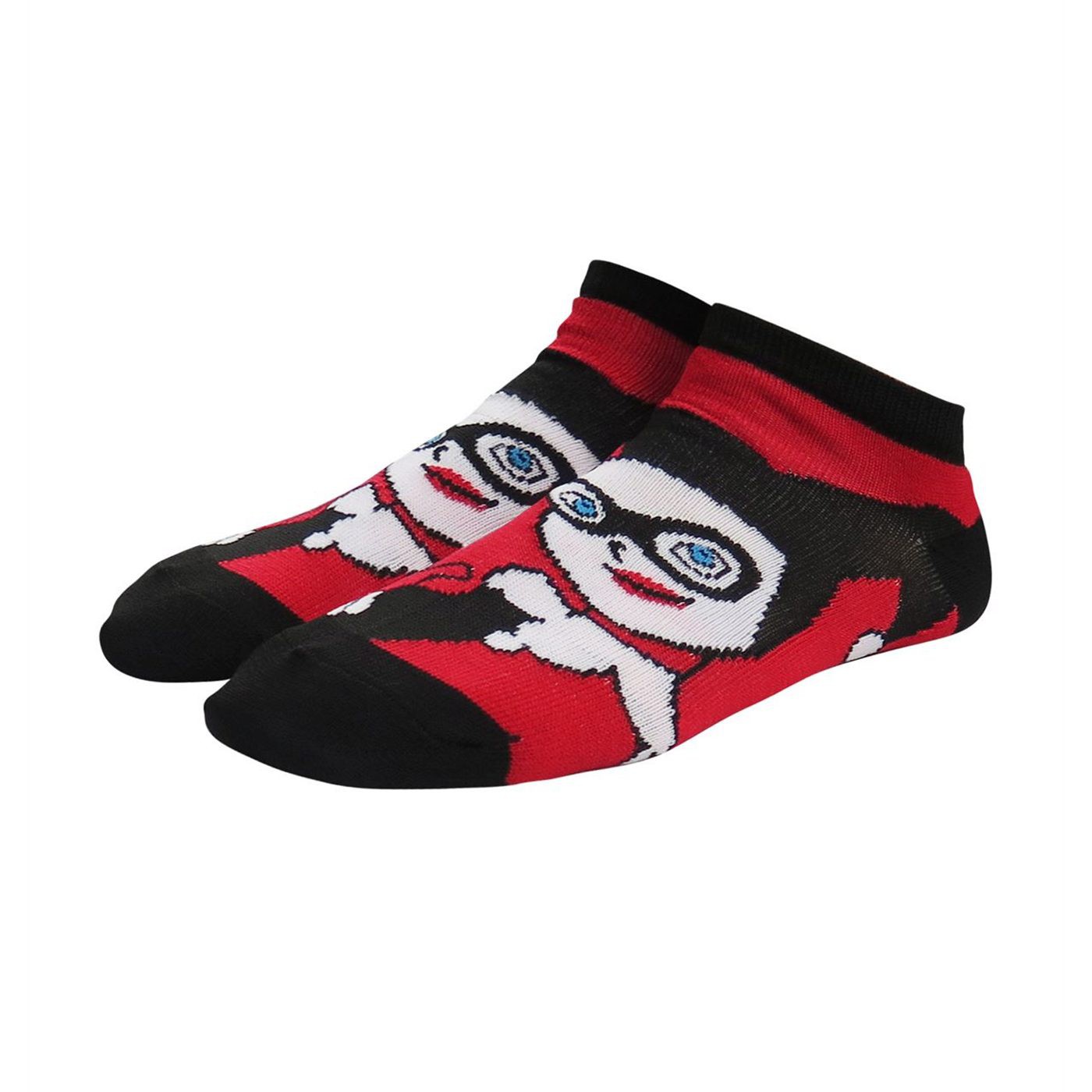 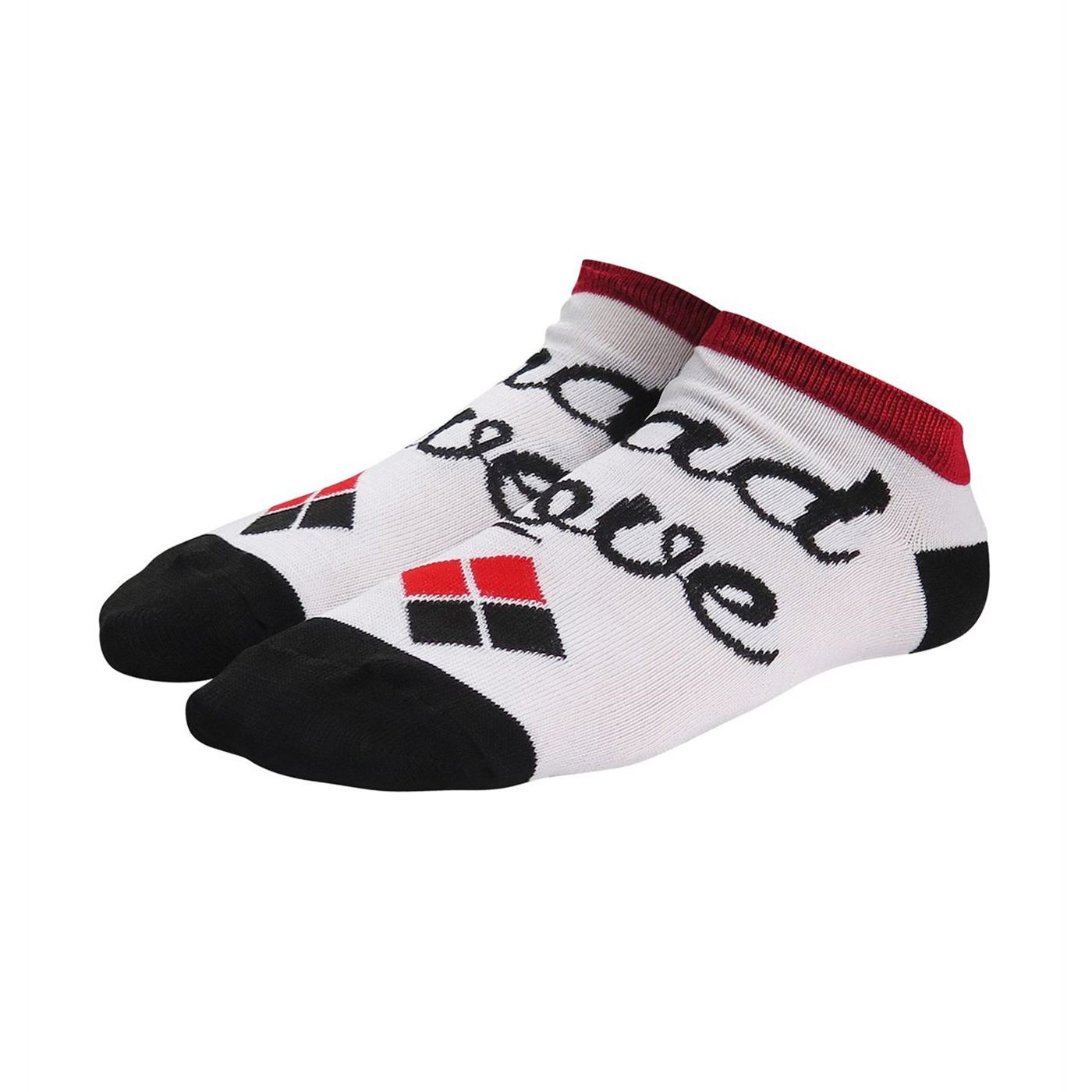 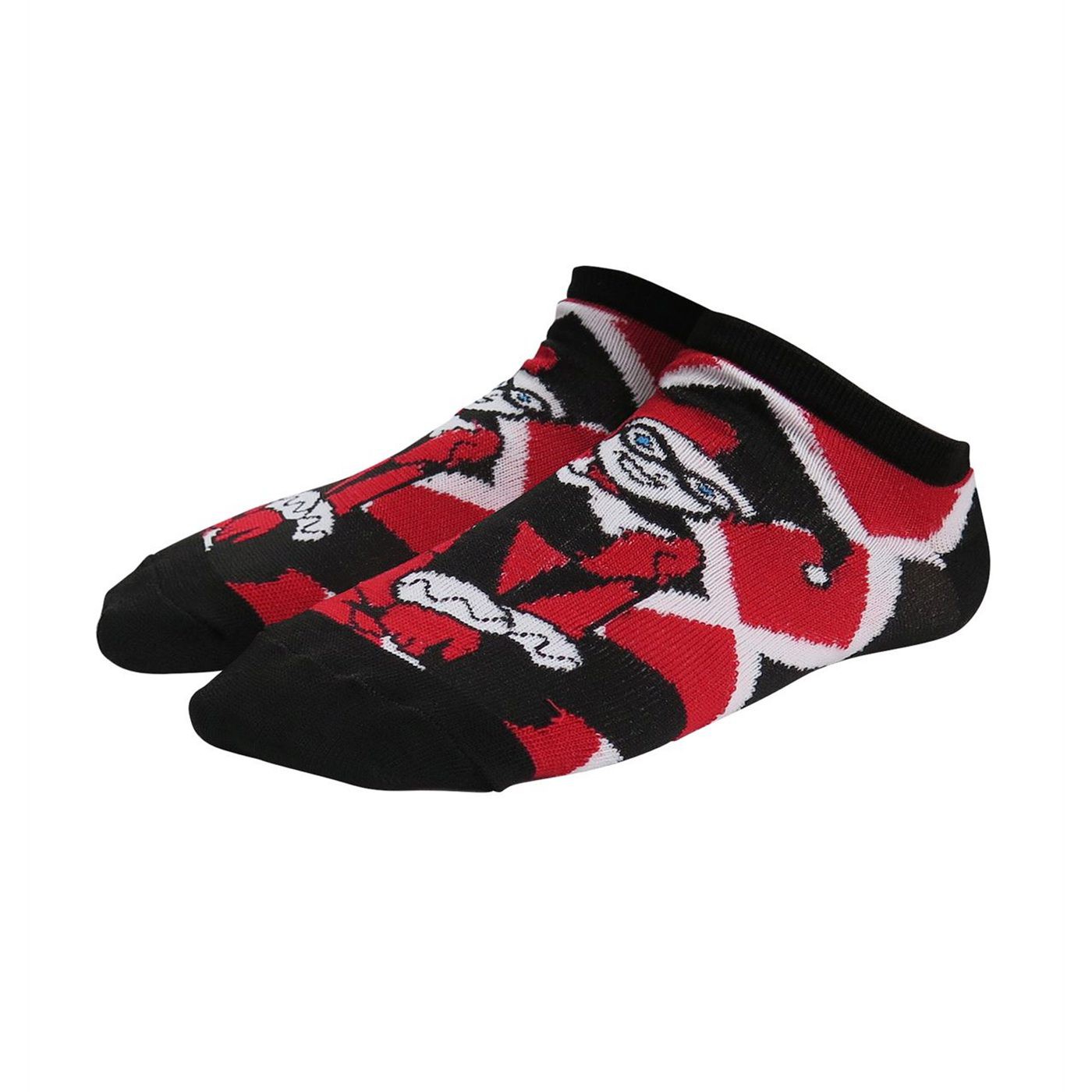 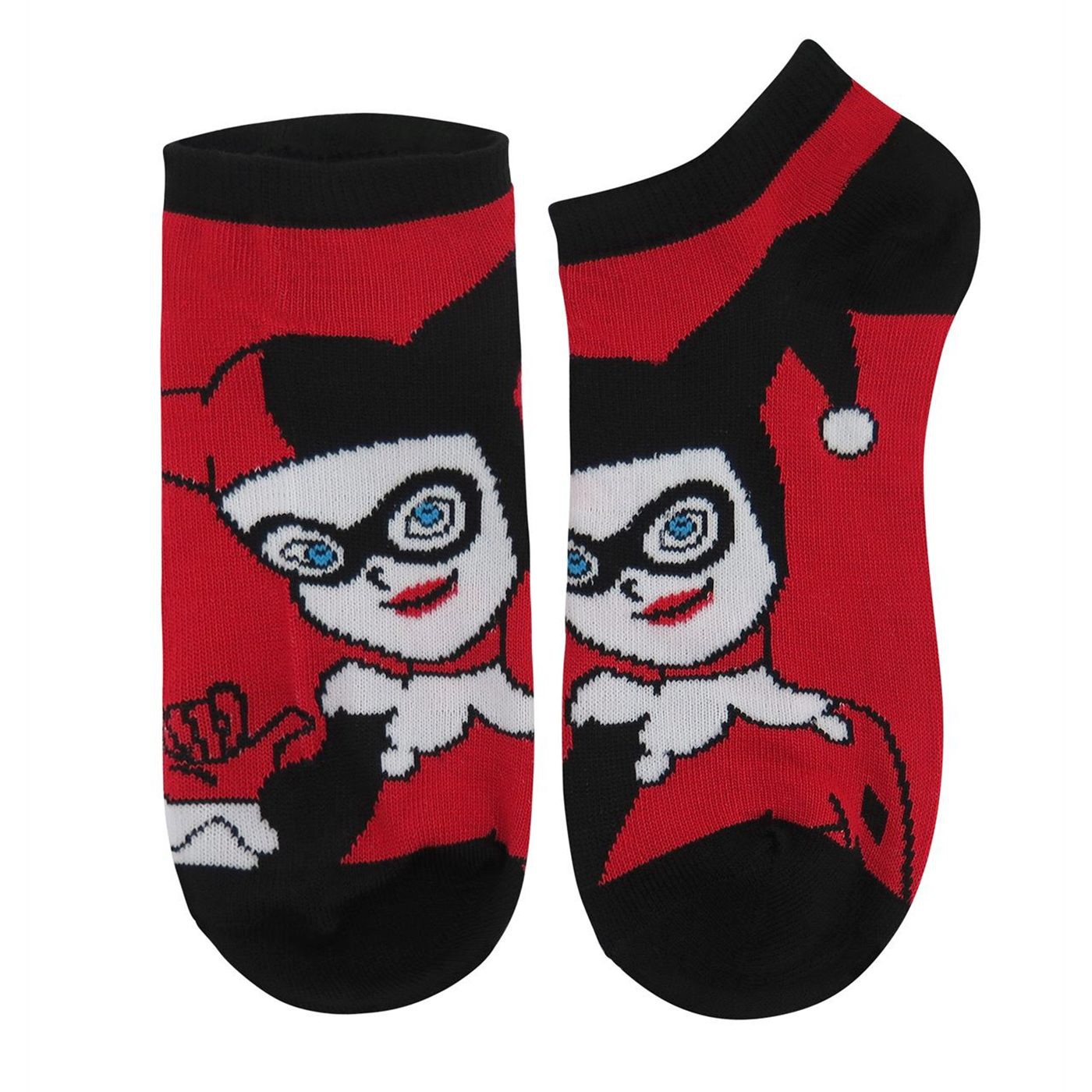 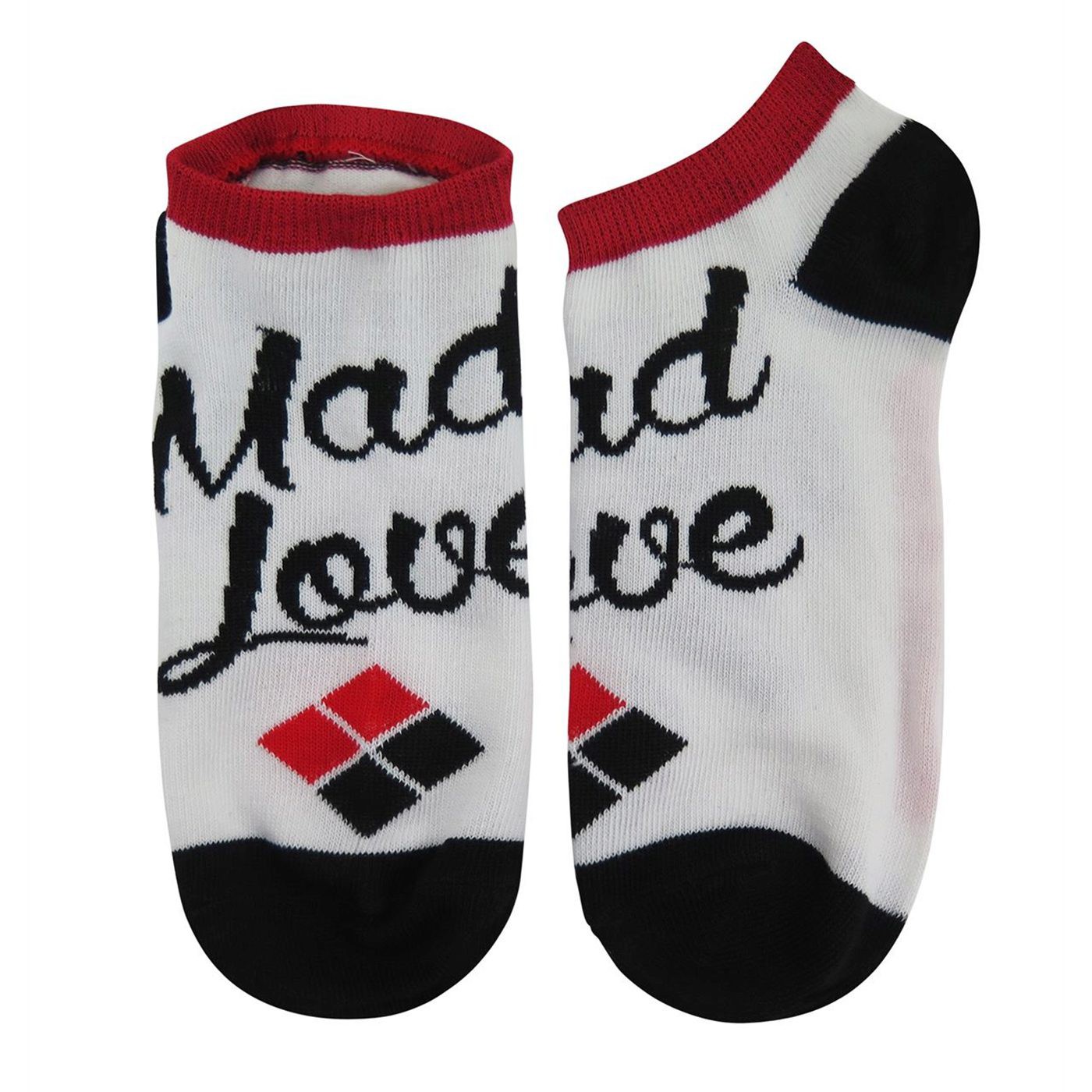 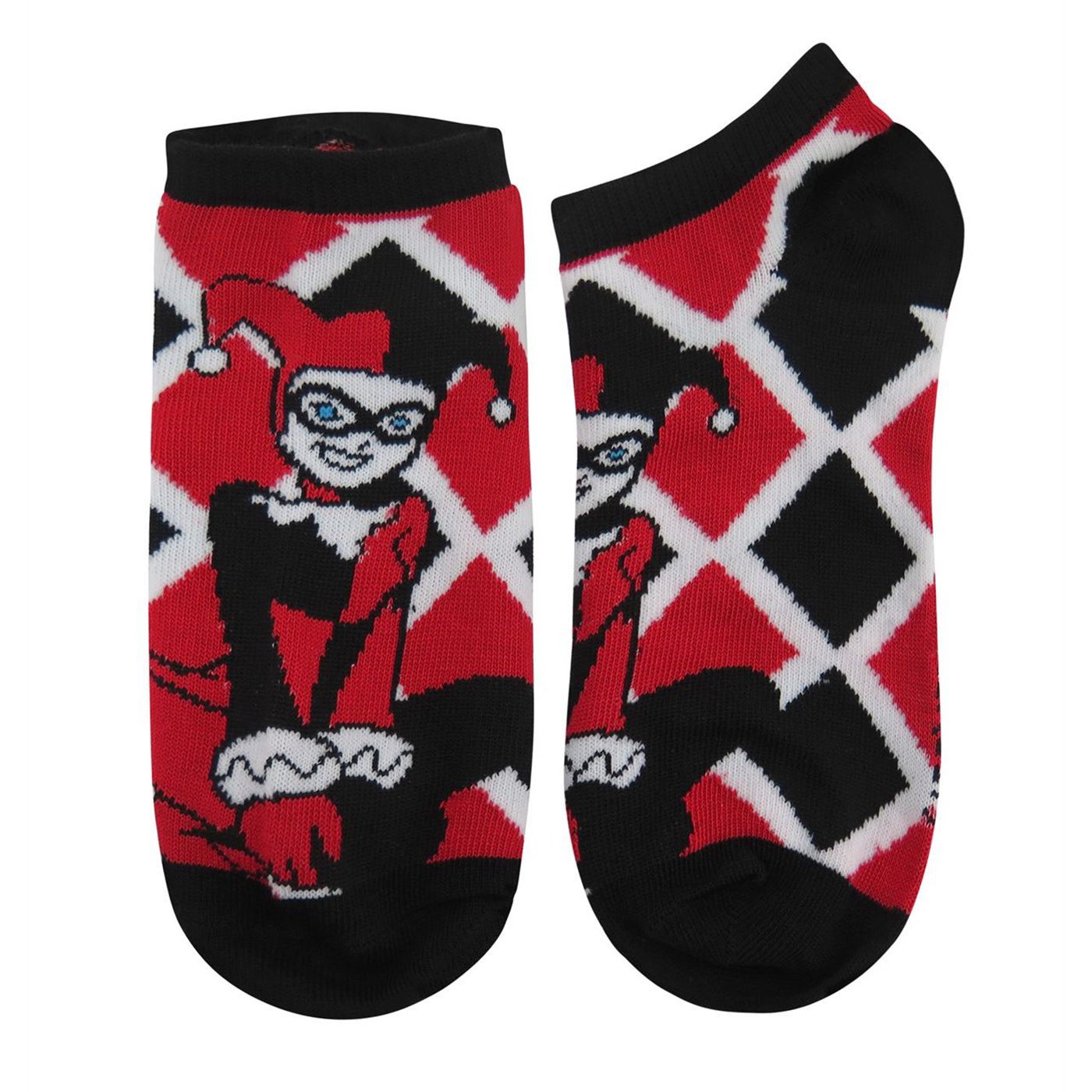 The classic animated iteration of the always animated Harley Quinn!

When Harley Quinn made her delirious debut in the 1990's cartoon series, Batman: The Animated Series, DC and Warner Bros. realized Joker's chalk-skinned co-conspirator was a bonafide fan favorite.

Made from 98% polyester and 2% spandex, these Harley Quinn ankle socks for women feature the familiar court jester patterns and illustrated homages to former psychologists violently embathed in psychoactive chemicals.

Let's take a look at each pair, shall we?

(PS -- "Mad Love" is an Eisner Award-winning one-shot comic written by the creators of Batman: The Animated Series. This tale deepened the character's lore as she reflected on her life pre-Joker.

Pair three: Red socks with animated series-inspired Harley identifying herself via thumb. Or hitchhiking. If it's the latter, I IMPLORE YOU to keep driving.