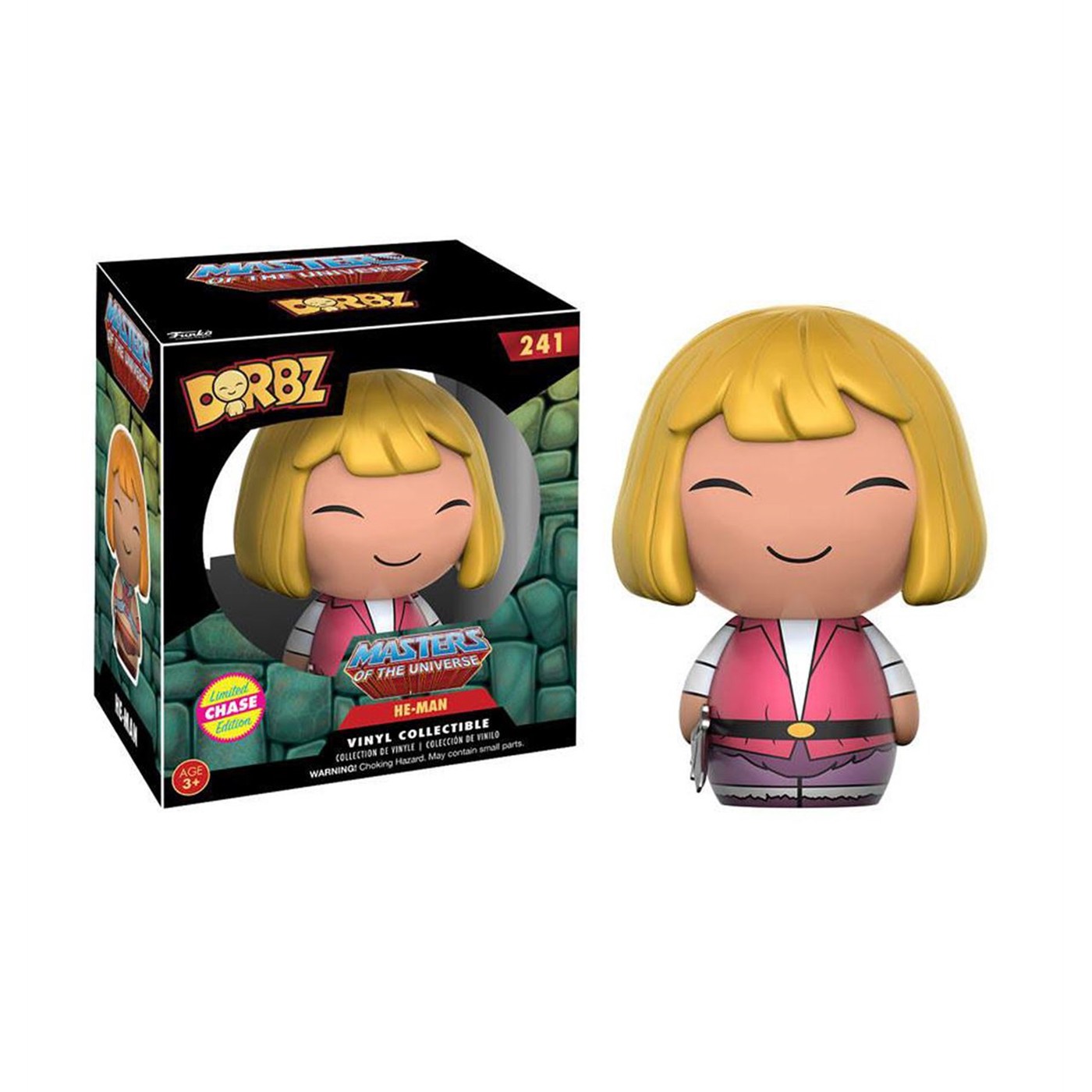 Nope. Prince Adam is absolutely NOT He-Man. I mean, he does have the same bouncy mop-top, the same impossible musculature, and a similar-looking sword affixed to his bulky back.

BUT...his voice is completely without a spacious reverb, his skin is pale, he hides from danger -- which is usually right before He-Man shows up -- and he's usually found hanging from a tree or under a blanket after He-Man departs.

Measuring 3" high, this He-Man Masters of the Universe Dorbz Chase Vinyl Figure -- which is absolutely NOT a He-Man figure but a PRINCE ADAM figure -- represents the Prince of Eternia who, by the way, is absolutely NOT He-Man.

And being from FUNKO, the character detailing is exquisite. Just look at Adam's TV-accurate, carefully-printed Prince-wear and that sun-brightened mop-top.

It's like Prince Adam doesn't have a care in the world.

Masters of the Universe Skeletor T-Shirt

Masters of the Universe He-Man Heroes and Villains T-Shirt