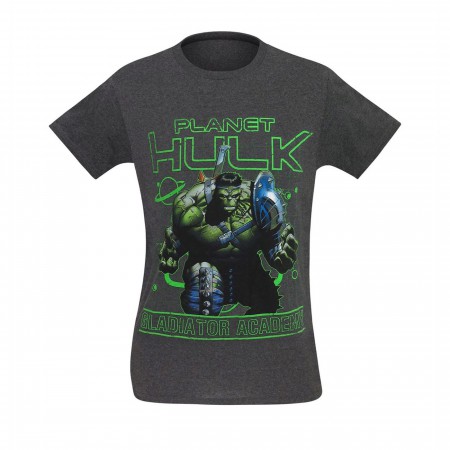 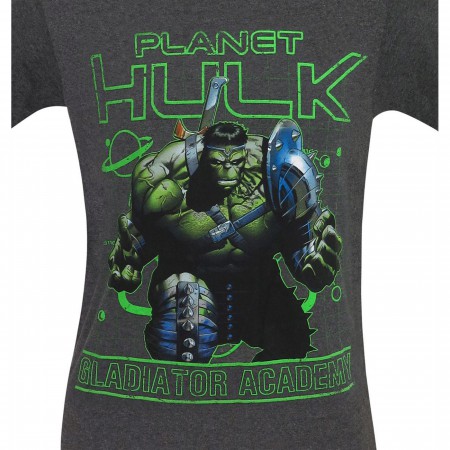 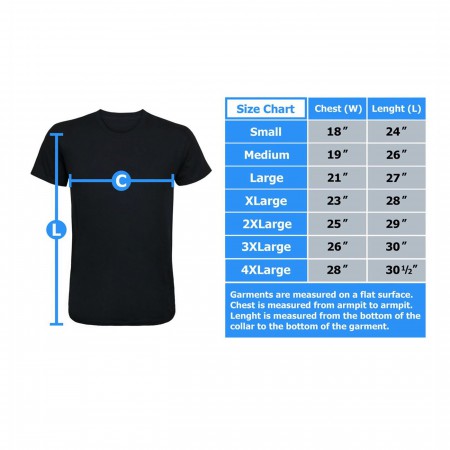 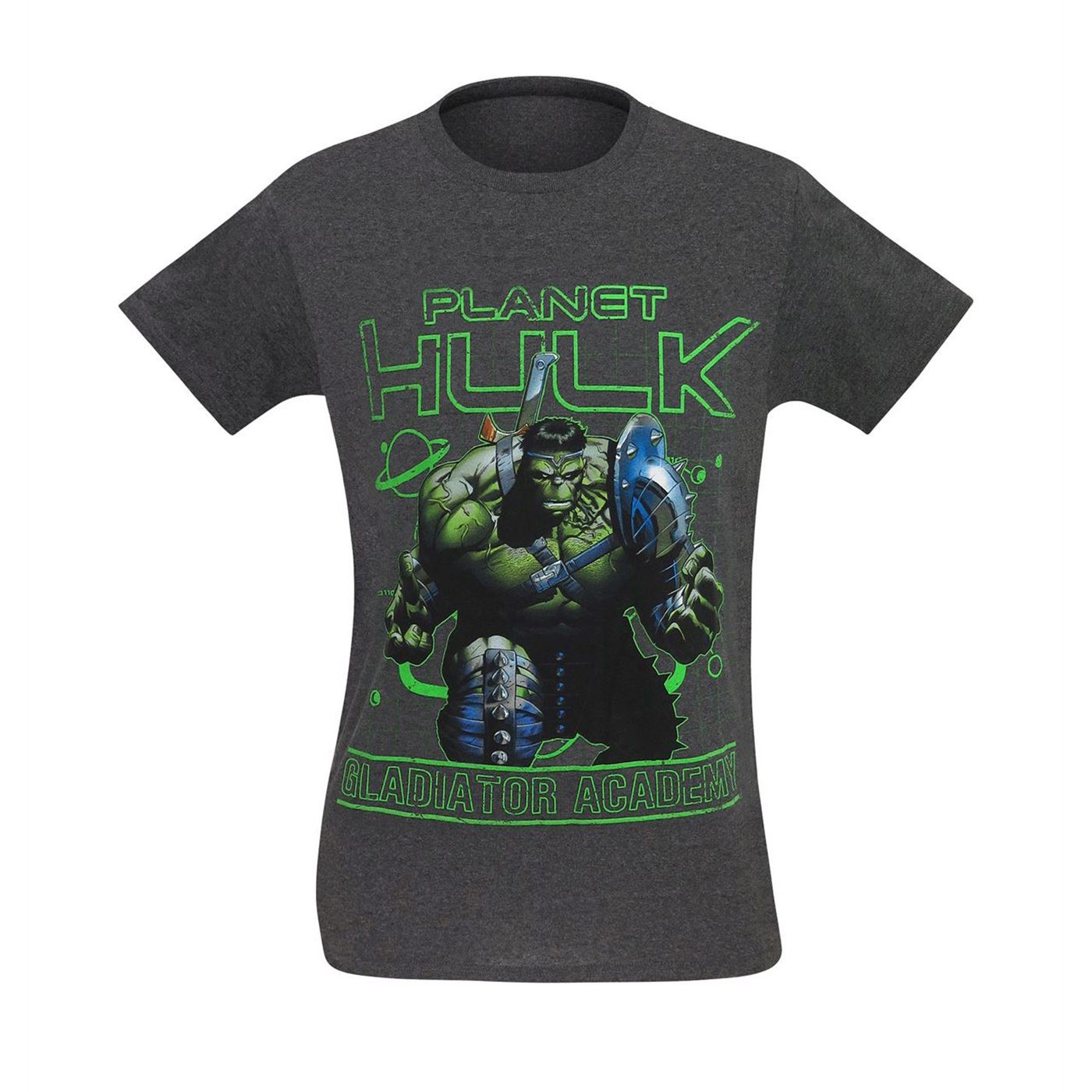 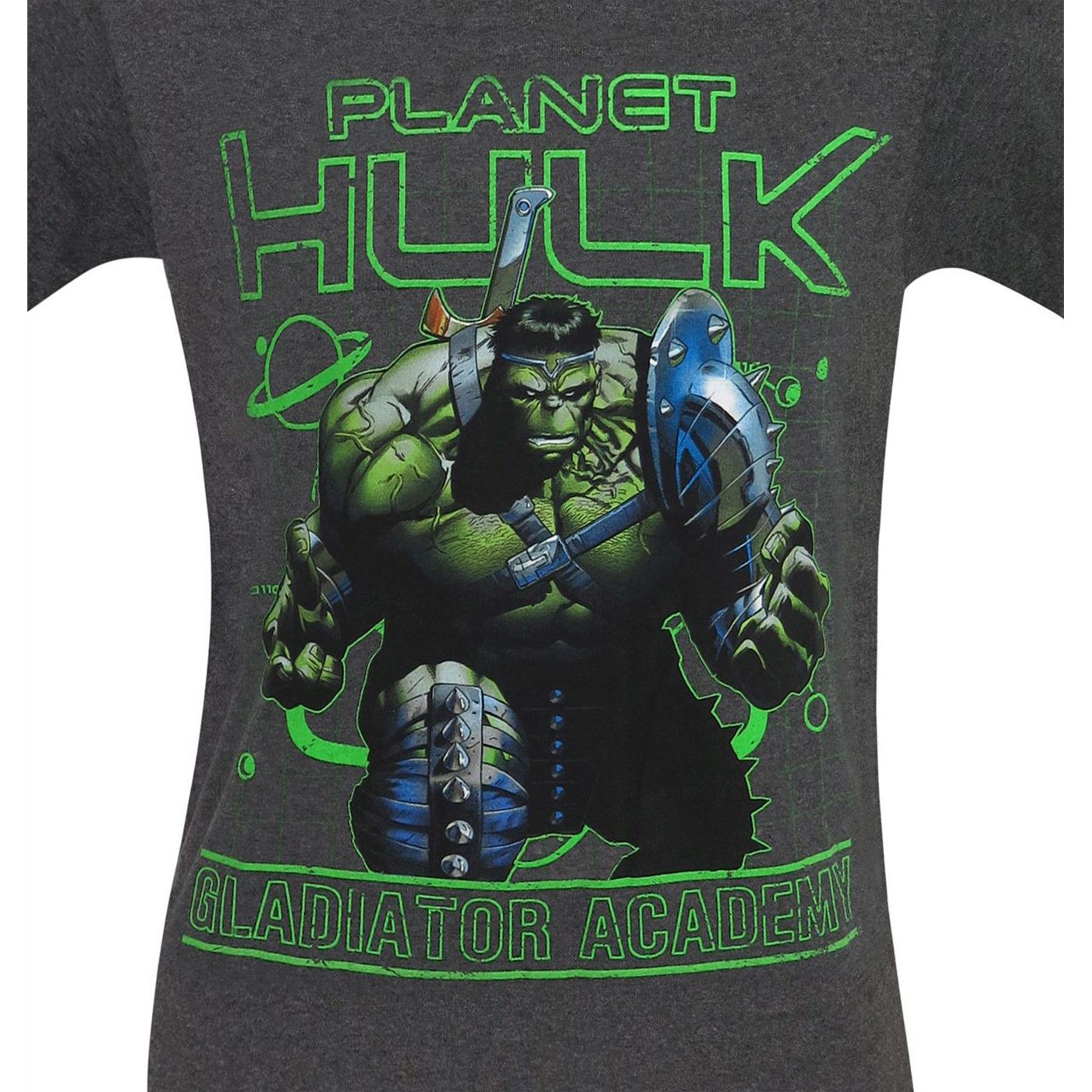 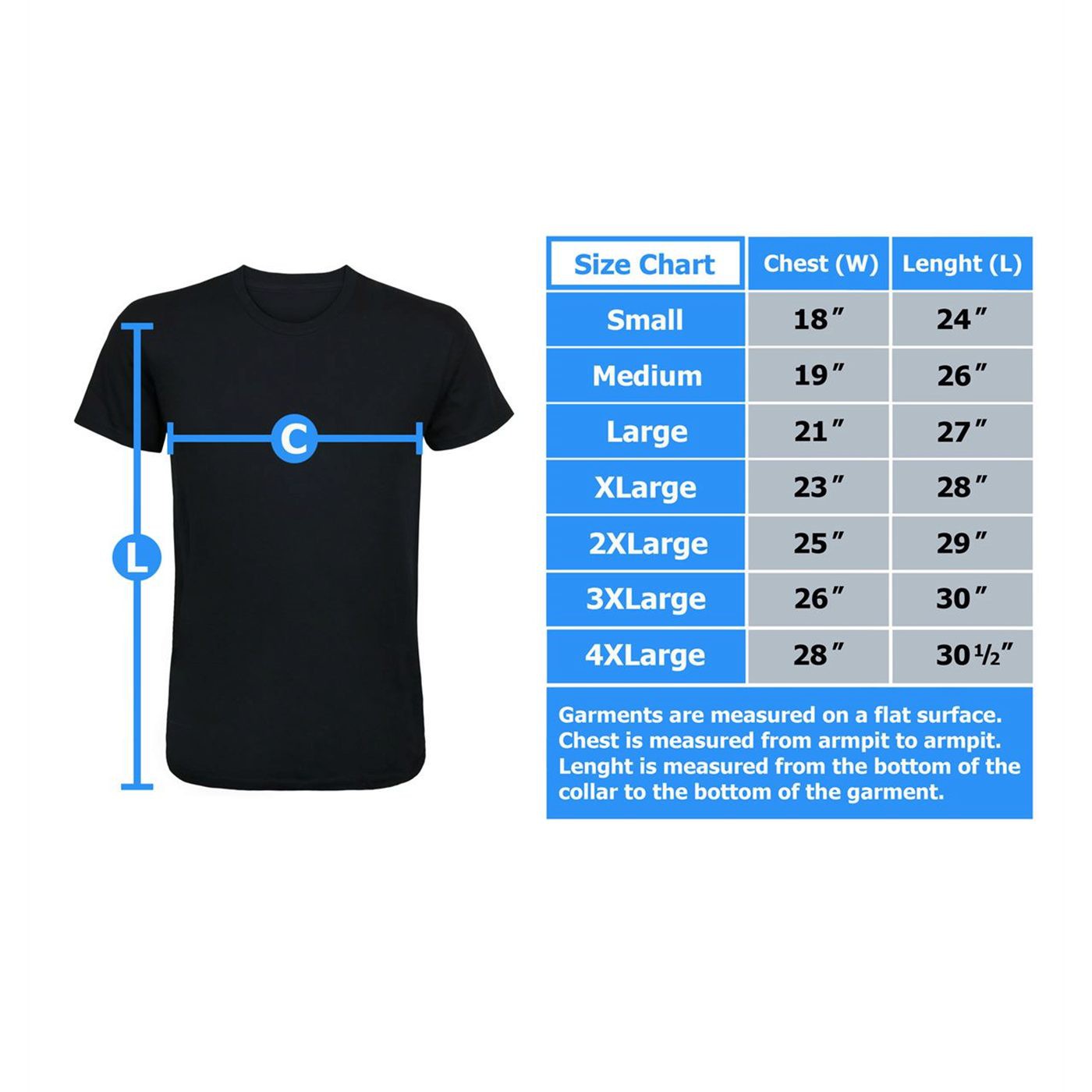 So, what the hell is all this "Planet Hulk" business?

I know -- you've been hearing that a lot lately, considering there's an implied connection to the latest Thor film, Thor: Ragnarok.

A few Avengers concluded that the Hulk was far too dangerous -- they tricked him into a rocket which landed on the planet Sakaar, a veritable sh*t-hole ruled by The Red King who forced "procured" beings to battle in lethal gladiatorial contests.

Hulk was a contestant. He dressed like a gladiator. There was a lot of smashing.

Yep, this heather-gray Hulk t-shirt for men celebrates a Hulk story involving the Green Goliath's exile and his eventual triumph -- a story that will accent, and perhaps influence, the narrative of Thor: Ragnarok.

Very good, order bigger because it will shrink