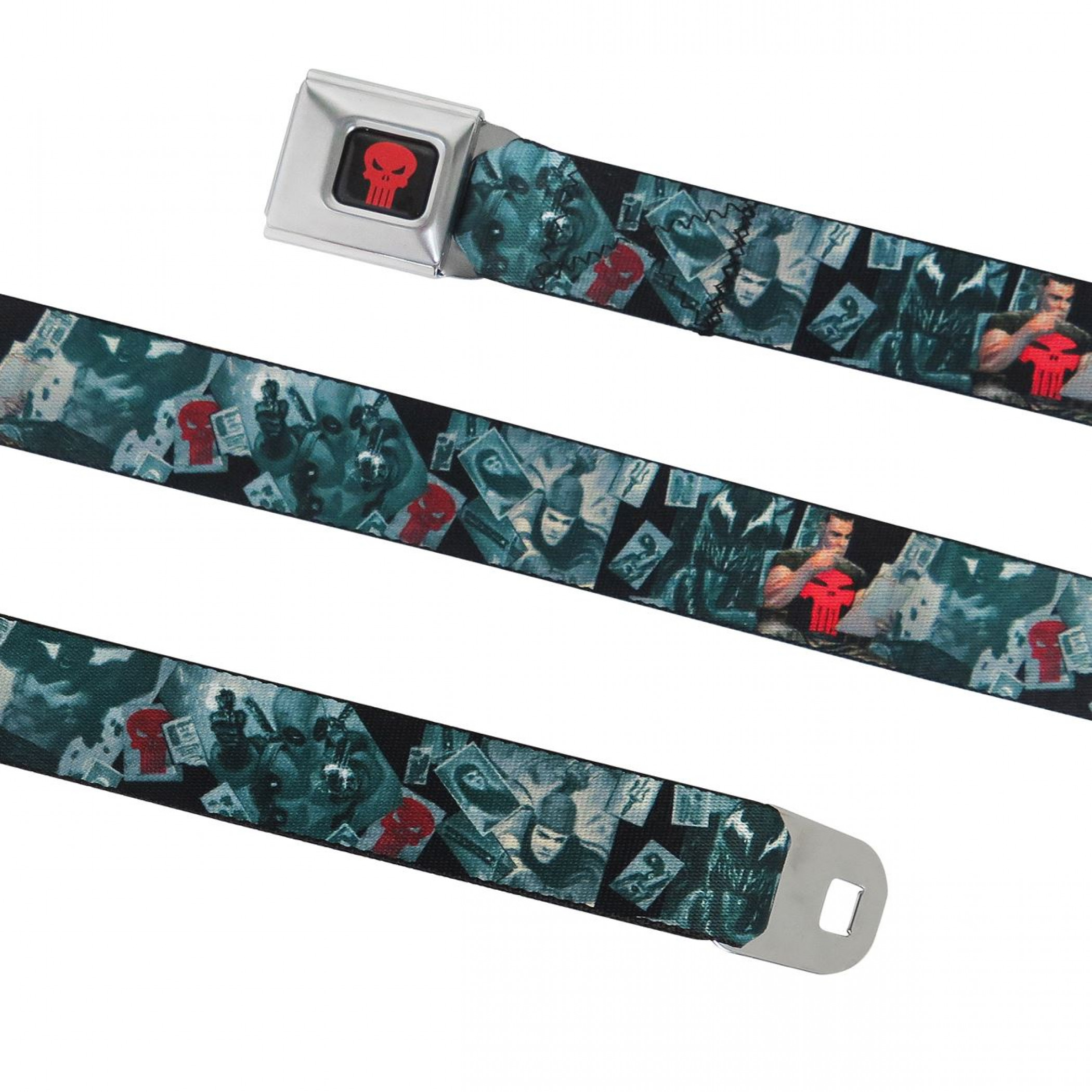 I believe that this Punisher web-belt may actually have been the official web-belt of a certain iteration of the Thunderbolts! I only say that because this sweet Punisher belt has Elektra, Venom, and Deadpool on it so it looks like Frank Castle managed to get some friends! Hooray!

The Punisher Frank Castle Red Symbol Seatbelt Belt also has a heavy duty seat-belt closure which is sure to be nice and proper during infiltration missions. Hopefully. Deadpool will probably blow your cover anyways! I'm still surprised there aren't any kittens on this thing.