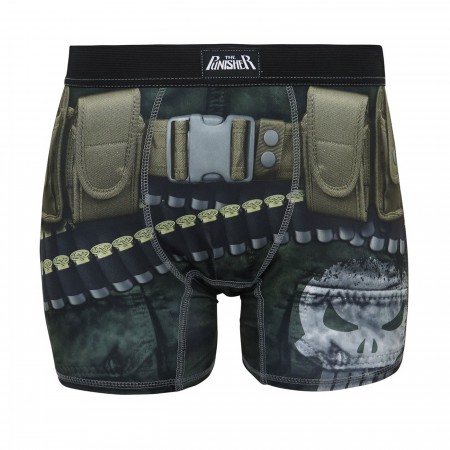 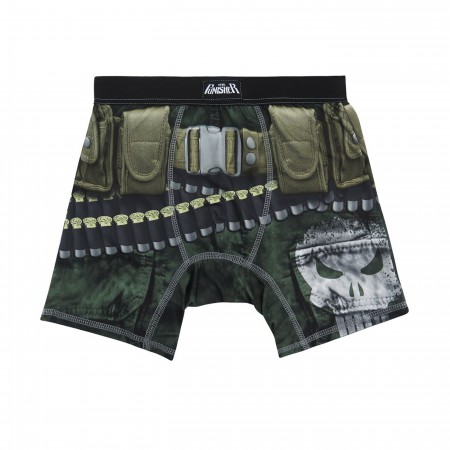 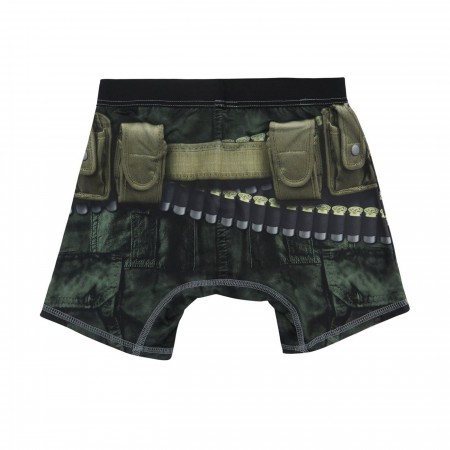 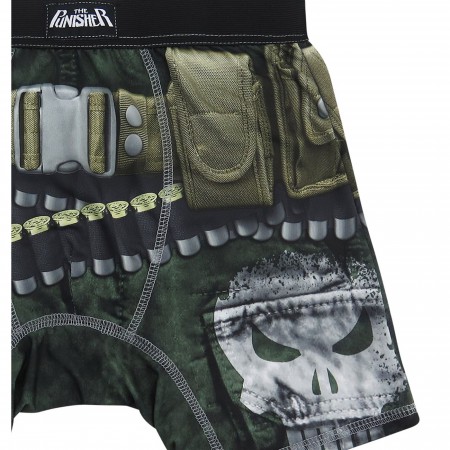 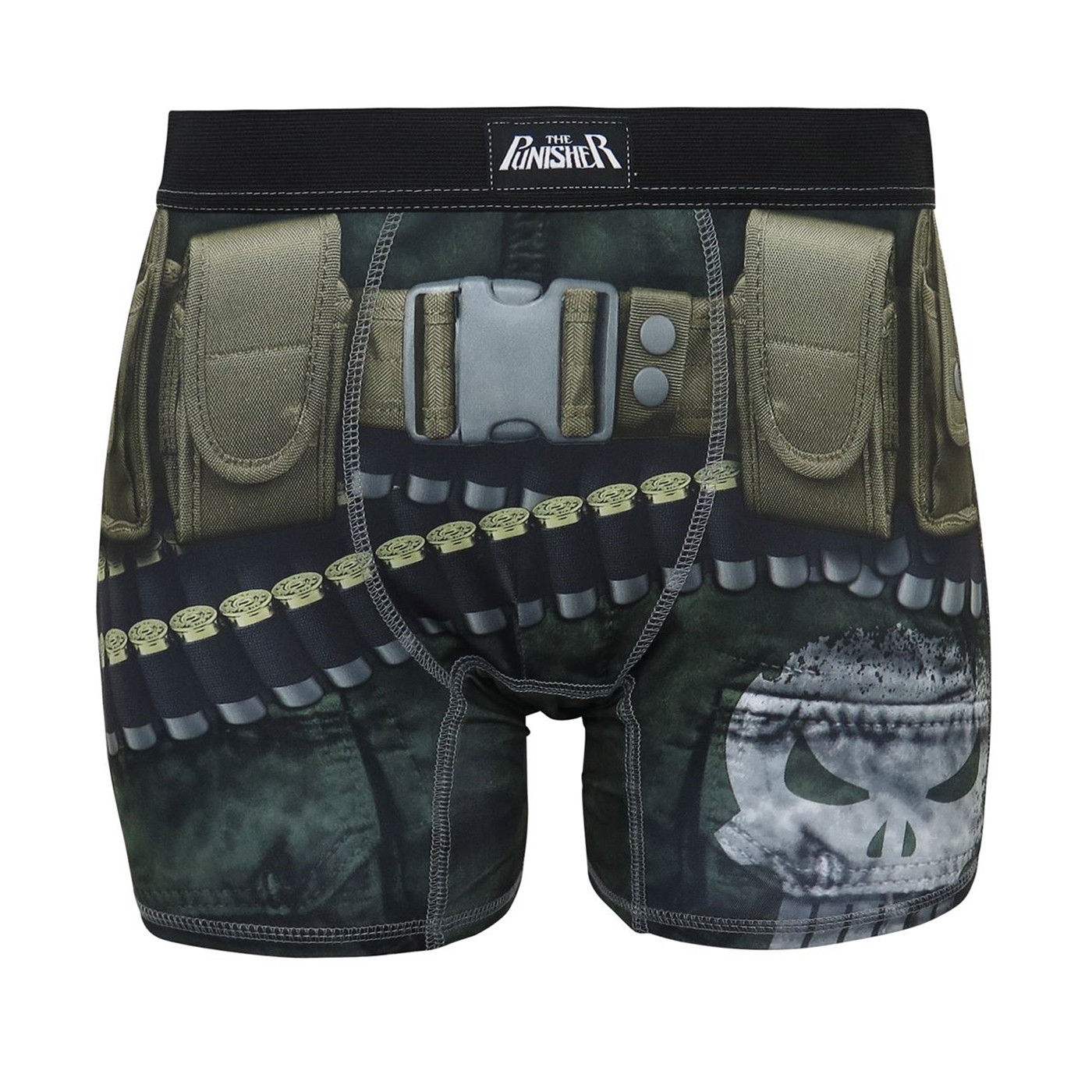 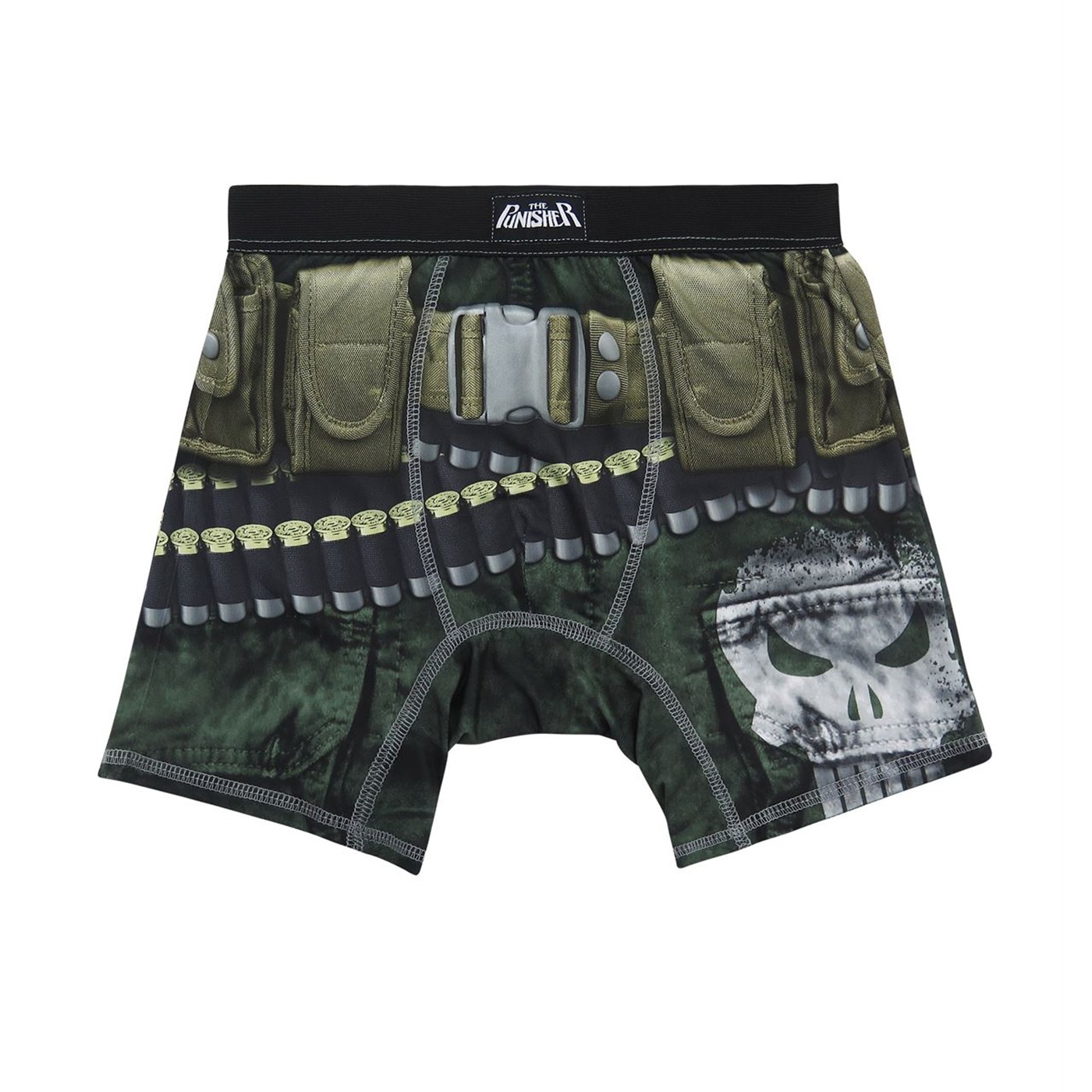 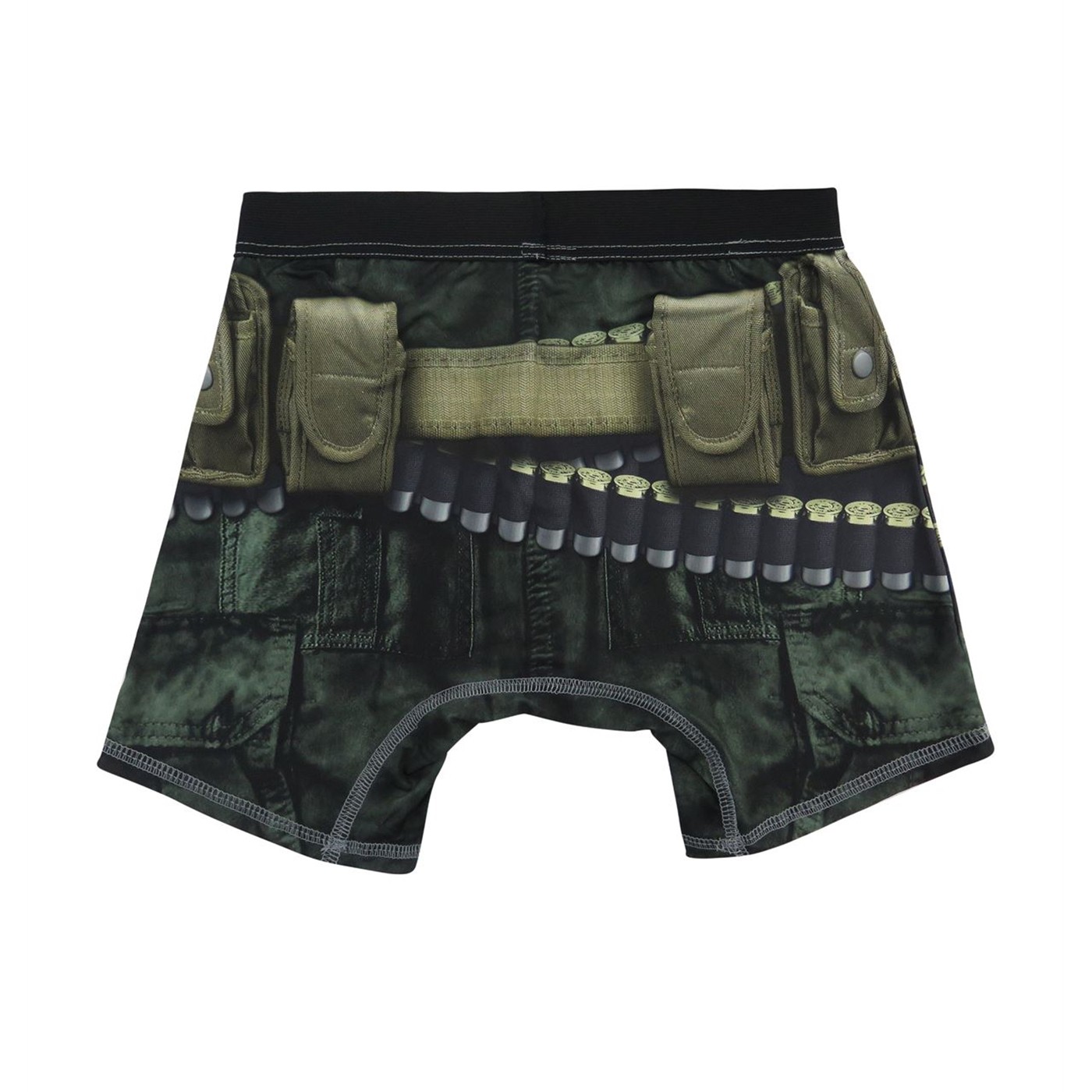 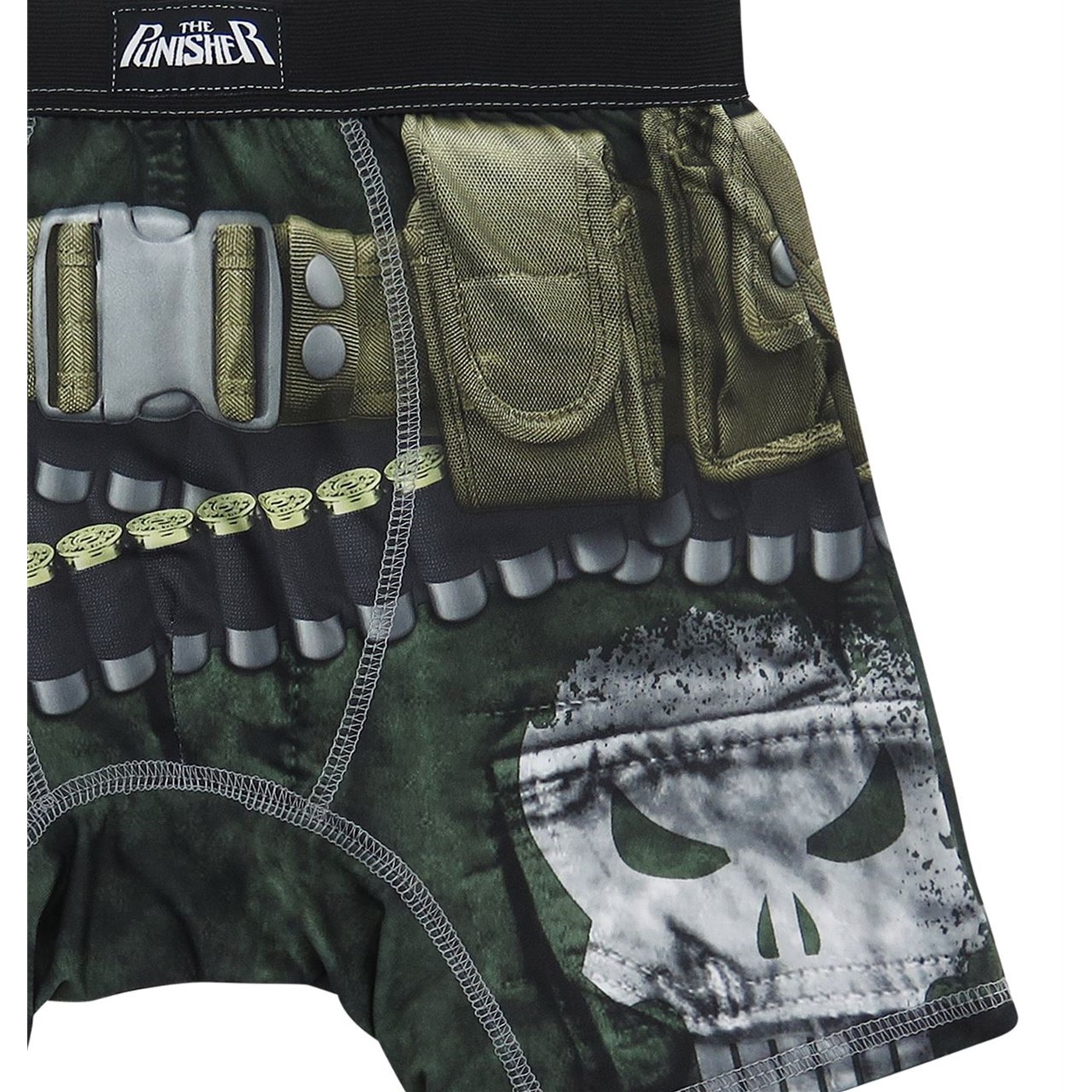 Arm yourself before bed.

Because you never know when the mob might finally find the cajones to retaliate for the 15 lieutenants you offed last month -- you went through a lot of claymore mines, so victory was especially expensive.

Anyway, because the mafia is EXTREMELY agitated, you put on the Punisher Armed Poly/Spandex Men's Boxer Briefs right before bed. It's to make sure you have plenty of fake ammunition for the fake hitmen hired by the fake mafia seeking fake vengeance.

Made from 90% polyester and 10% spandex, our very real Punisher boxer briefs are supportive, form-fitting underwear made from stretchy, porous material.

Let's take a closer look at your brand-new Punisher underwear!