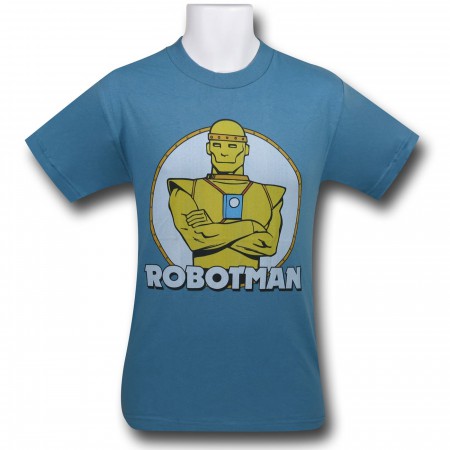 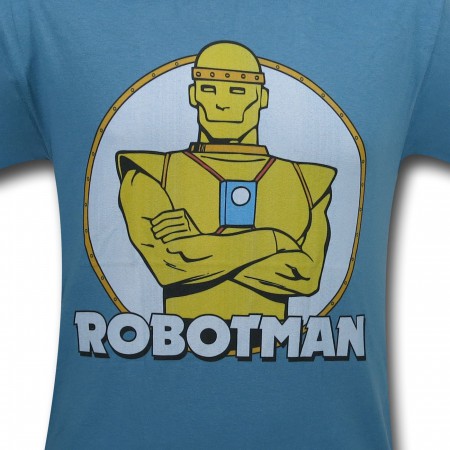 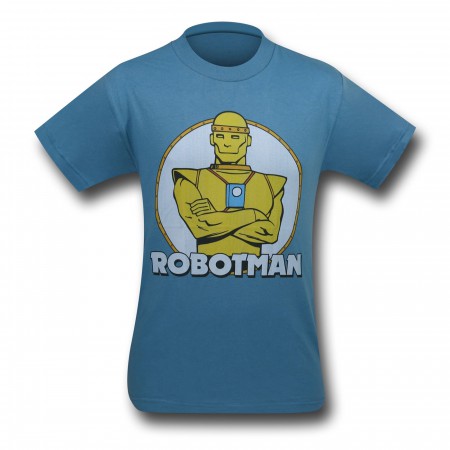 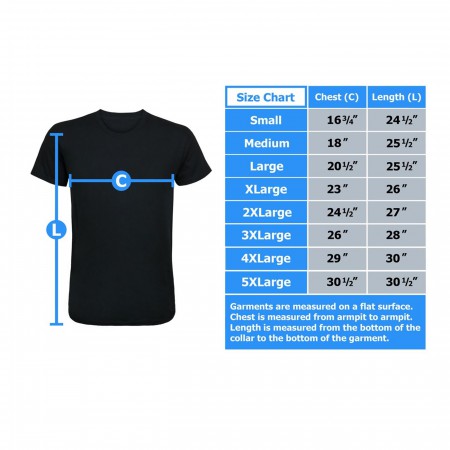 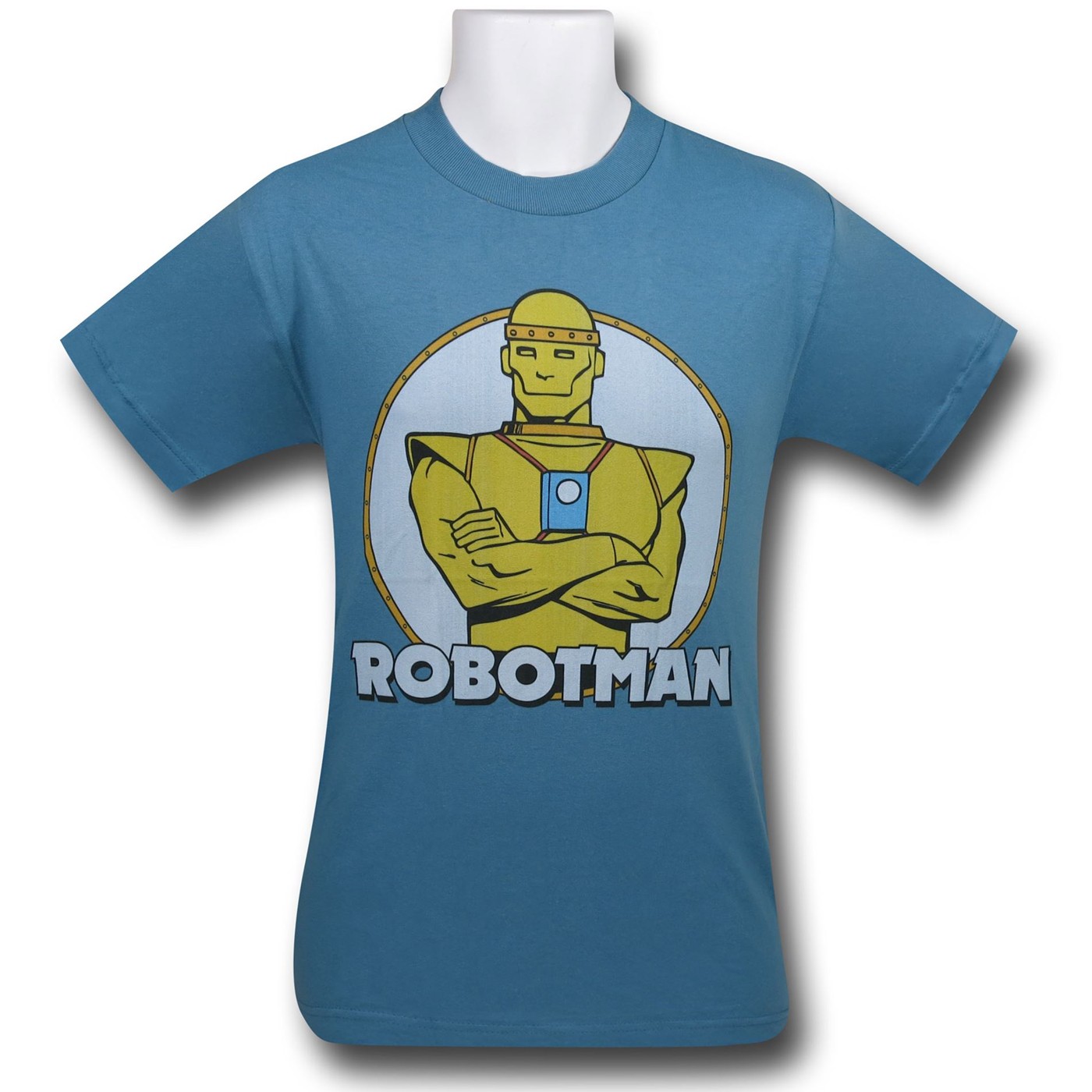 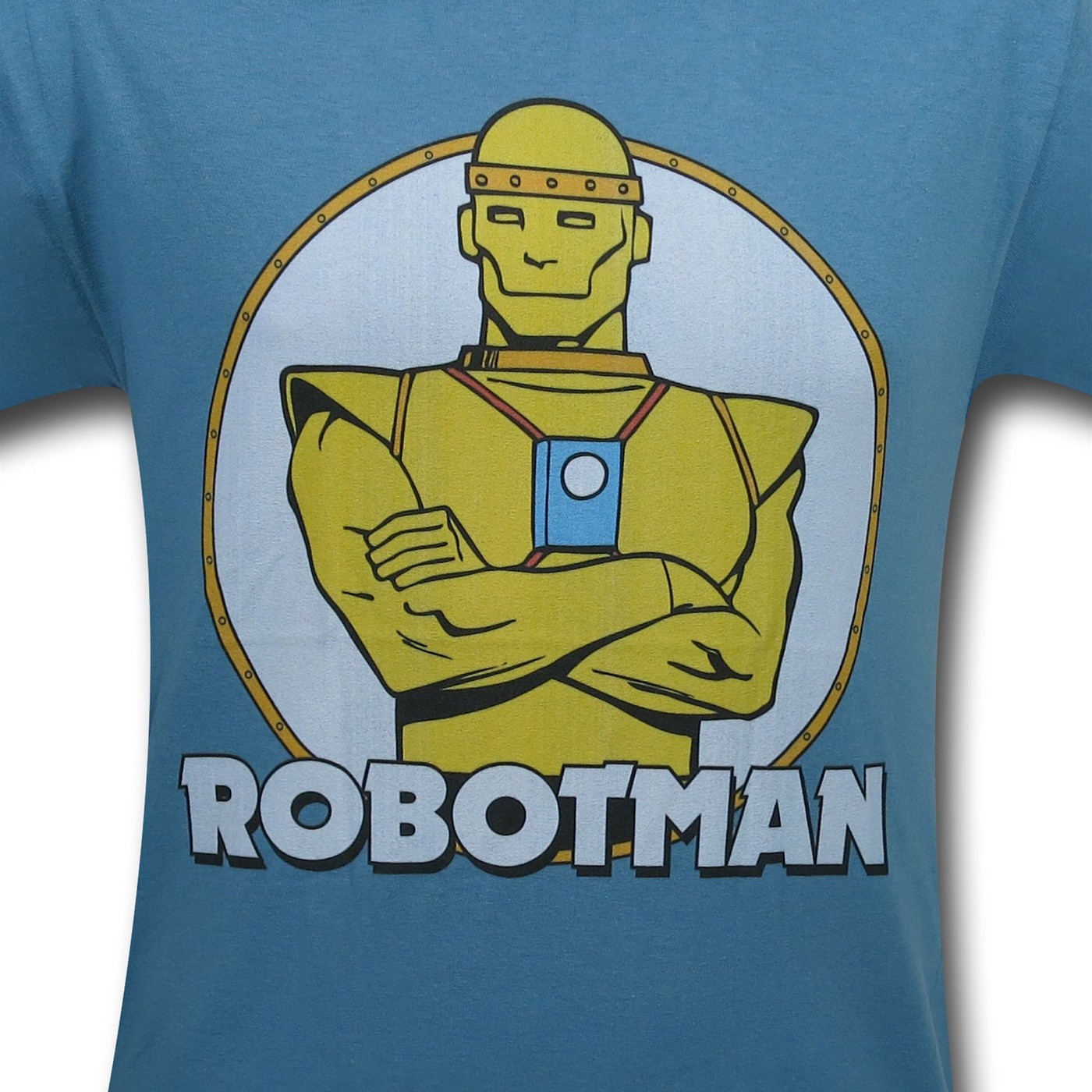 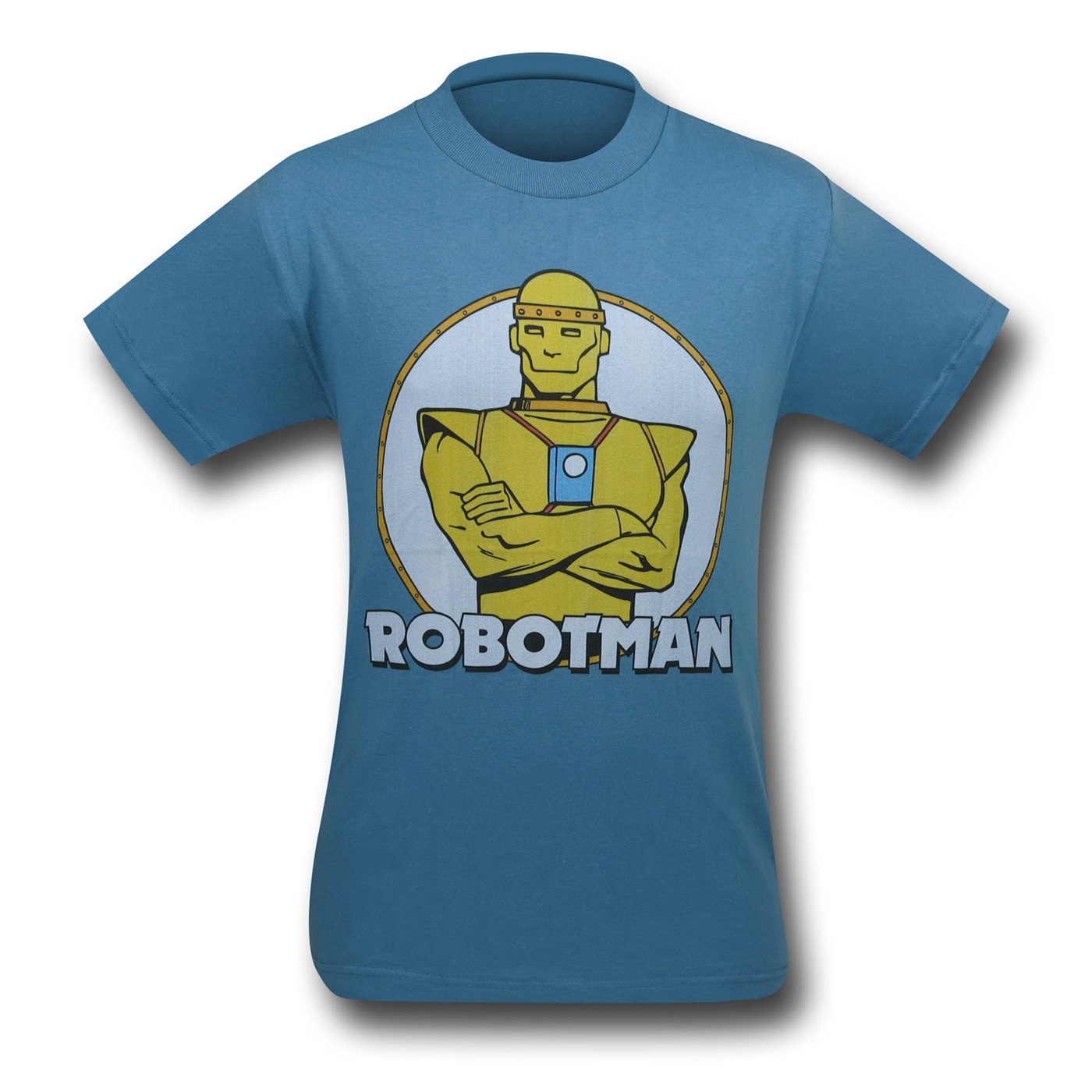 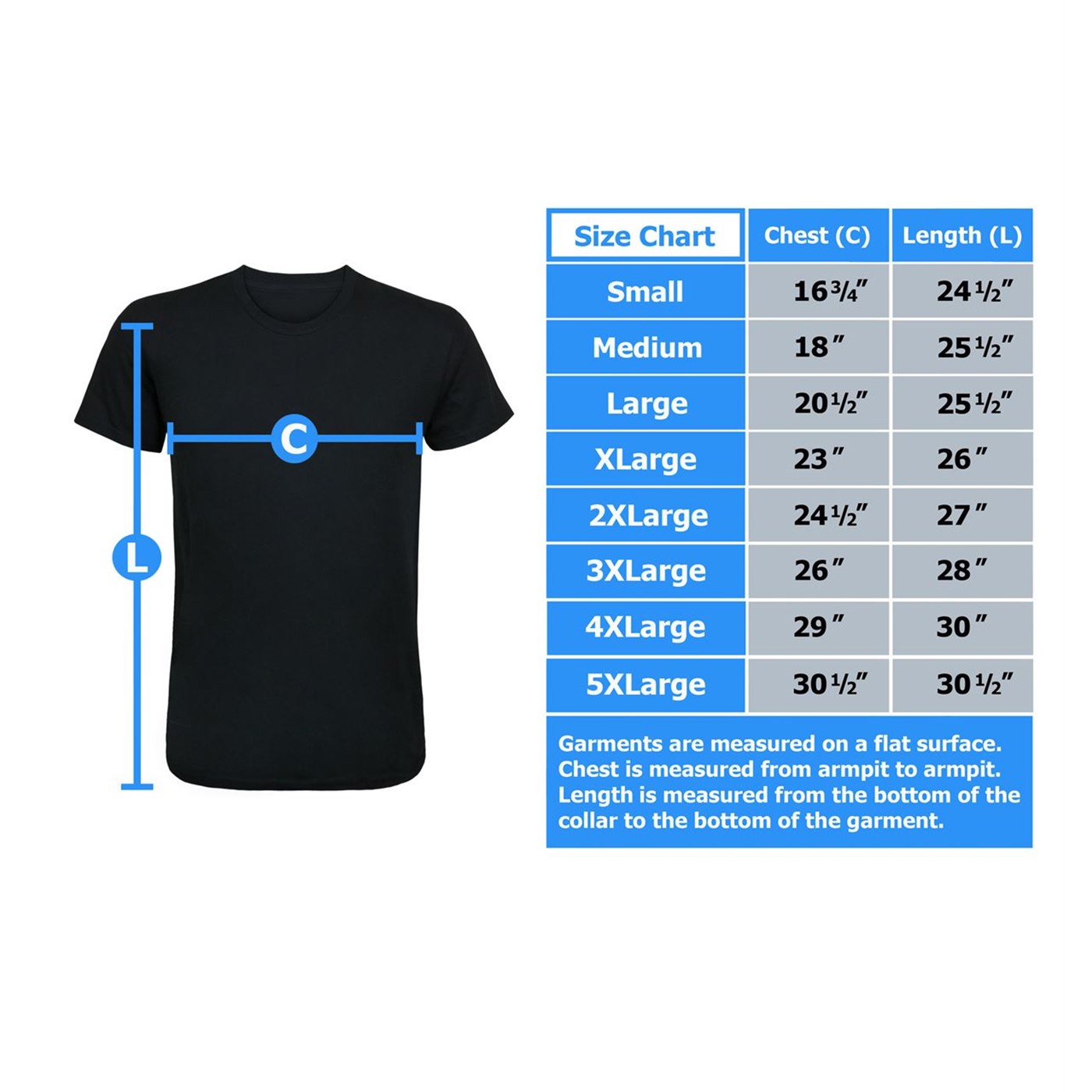 Made from 100% cotton, this slate blue t-shirt features Robotman from the team that defies...well, everything....the cooler-than-psychedelic-ice Doom Patrol!  Cliff Steele, popular race car driver, nearly lost his life in one hell of a crash that destroyed his body....but not his mind.  Enter Doctor Niles Caulder, who transplanted Cliff's brain into the body of a.... giraffe!  Ok, ok, I'll stop. I meant to say...a robot!  Sounds cool, but Cliff wasn't too cool with the reality of it, viewing himself as something less than human.  Now, enter the healing power of purpose when Dr. Caulder introduces him to the Doom Patrol.  Yep, battling people calling themselves, "the Butterfly Collector," doesn't really help one's already degraded mentality.  This t-shirt is for you, fan of the everyman encased in the prison of his own body!

LOVE the Doom Patrol. I couldn't pass up on the Robotman Tee.