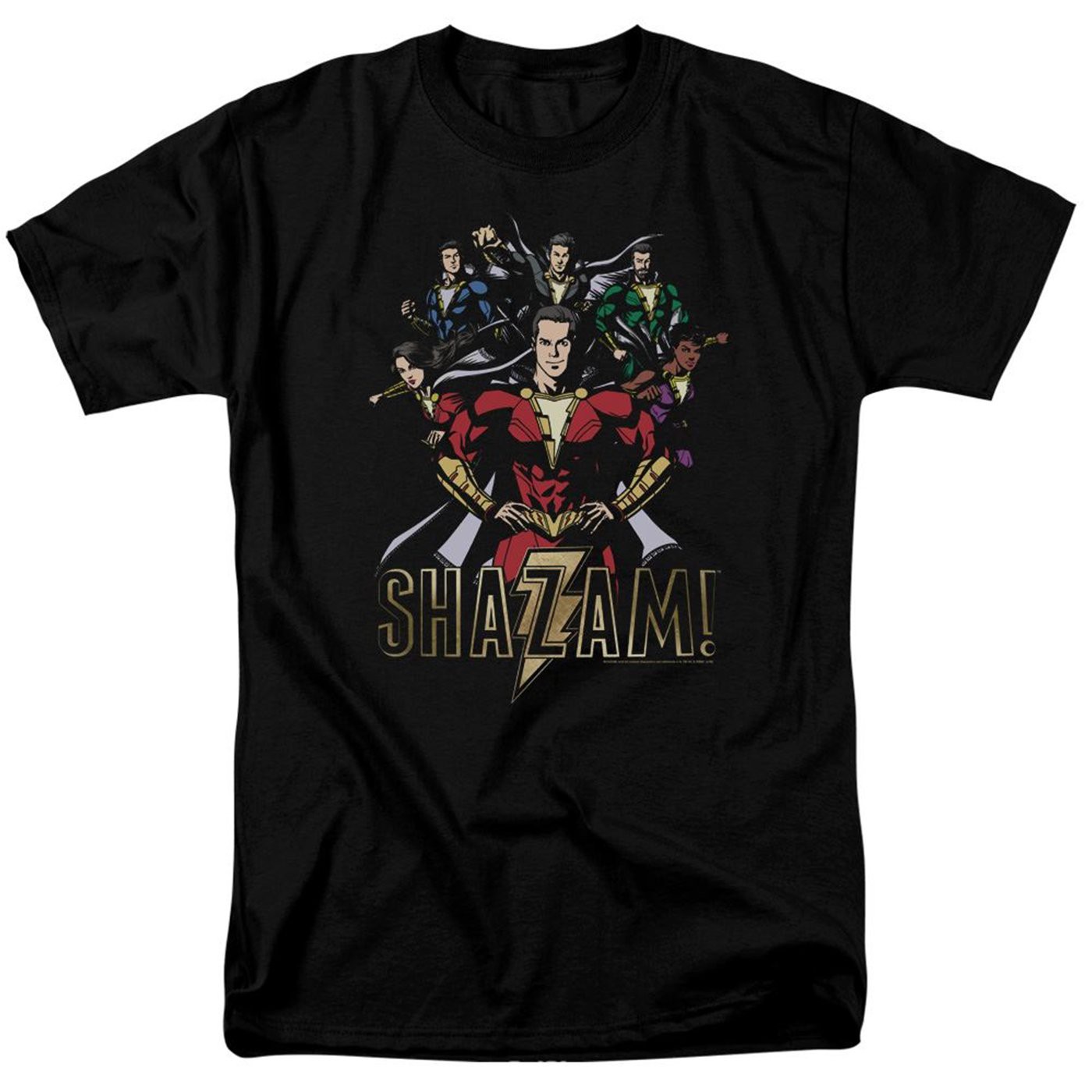 The world is about to be introduced to their new favorite group of heroes in the upcoming Shazam movie from DC comics. Following the adventures of Billy Batson, a troubled foster child who one day when riding home on the bus, finds himself at Djimon Hounsou’s house and becomes Shazam.

With the powers of multiple ancient gods, Billy can now transform into a fully grown man whenever he says “SHAZAM”. So buckle up and get ready to meet Shazam and his group of super buddies in the upcoming movie with this awesome men’s Shazam tee shirt.