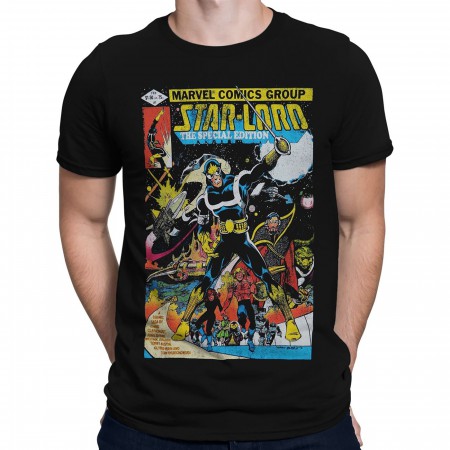 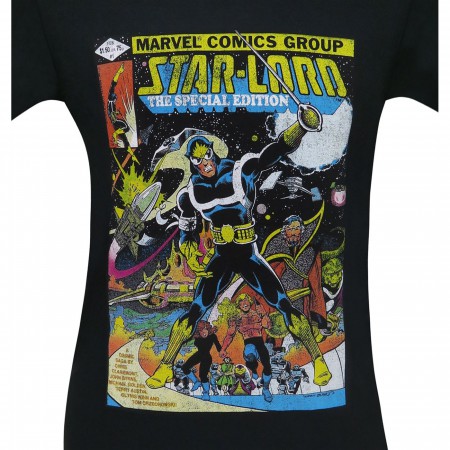 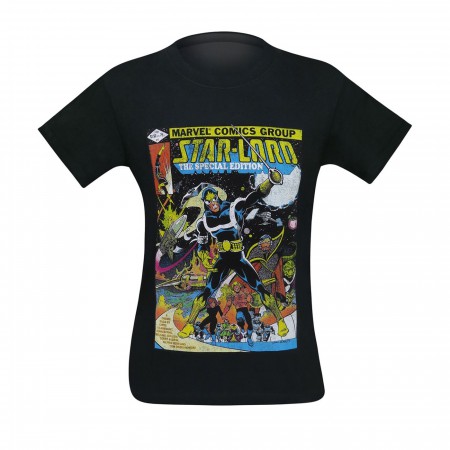 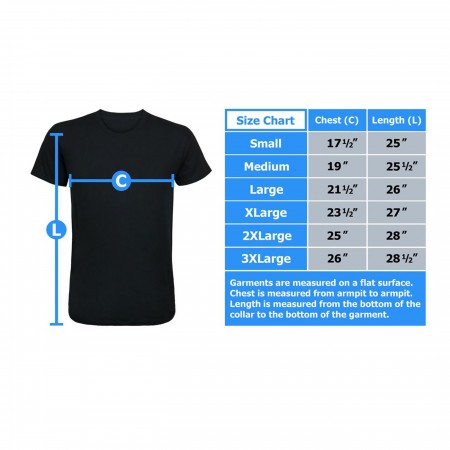 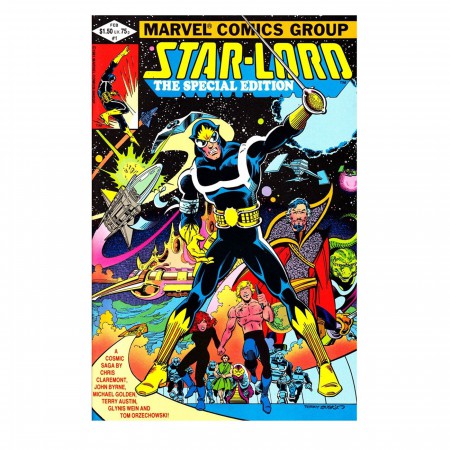 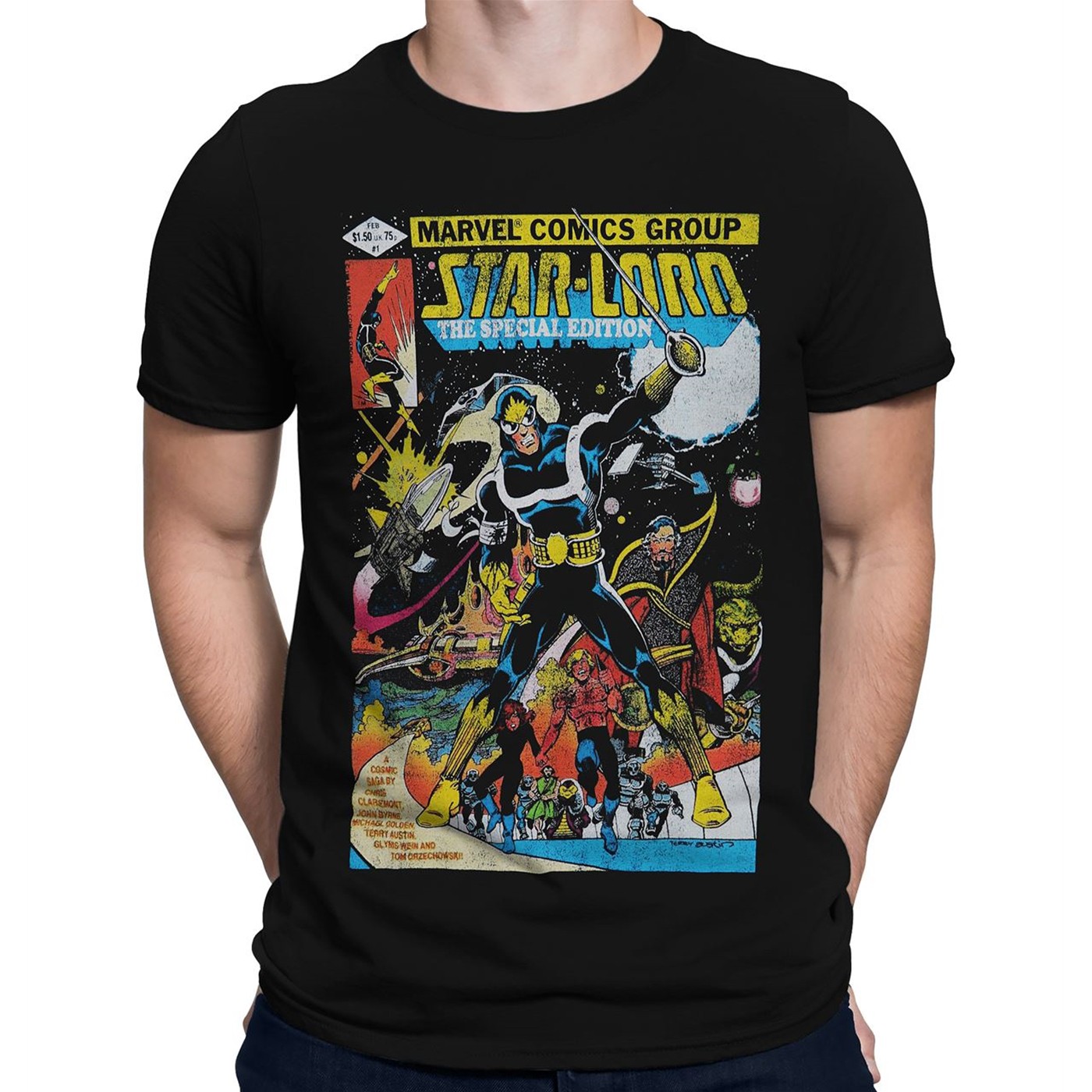 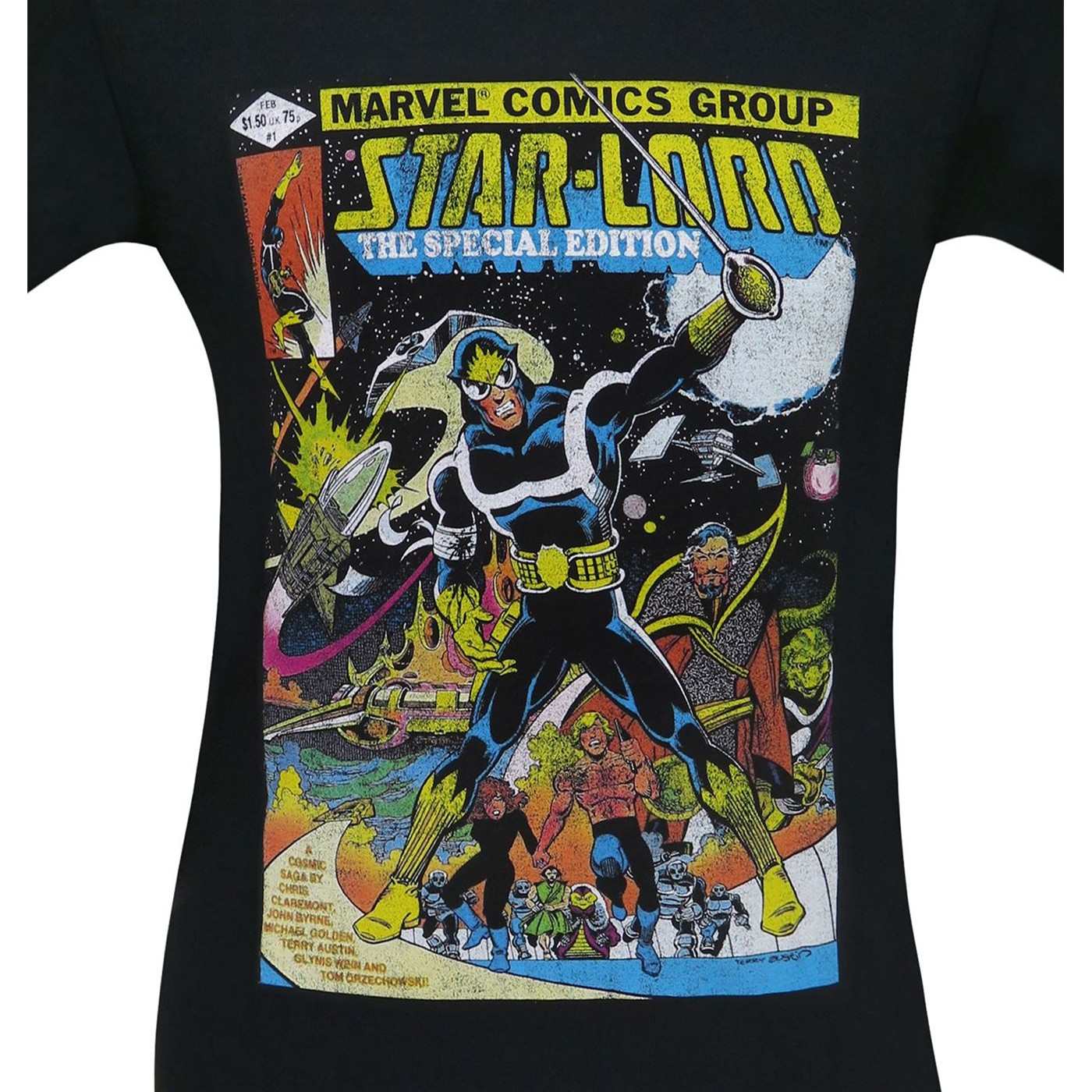 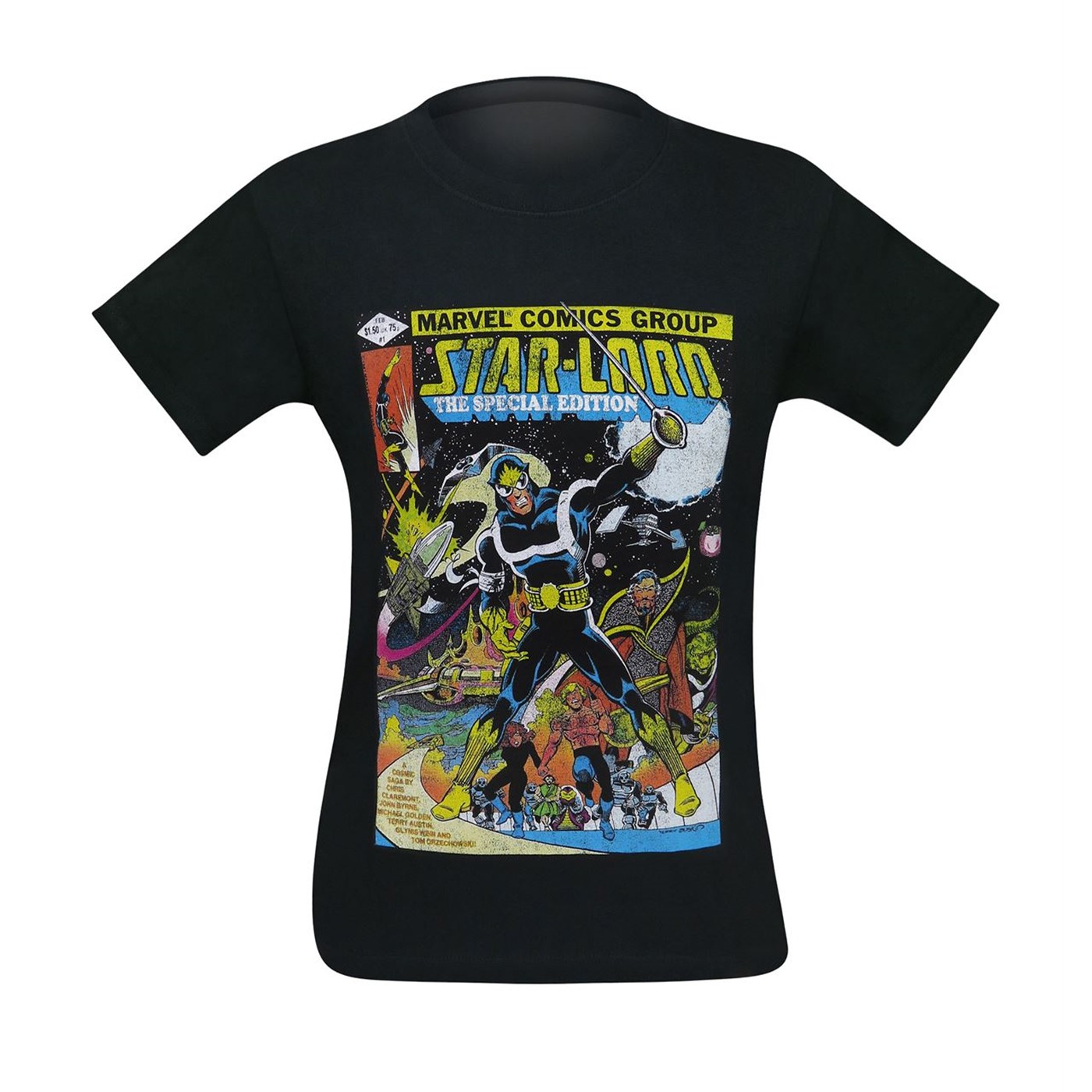 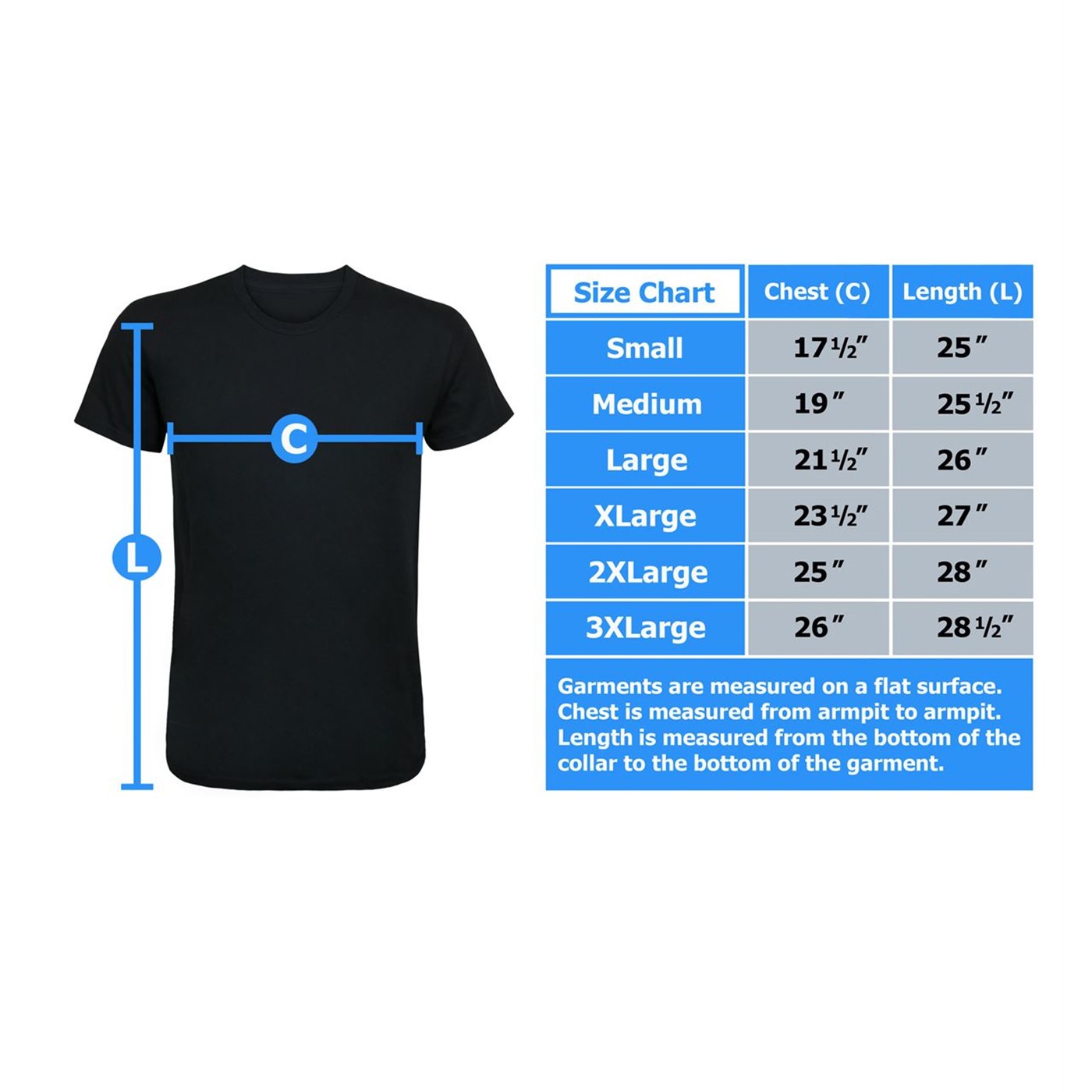 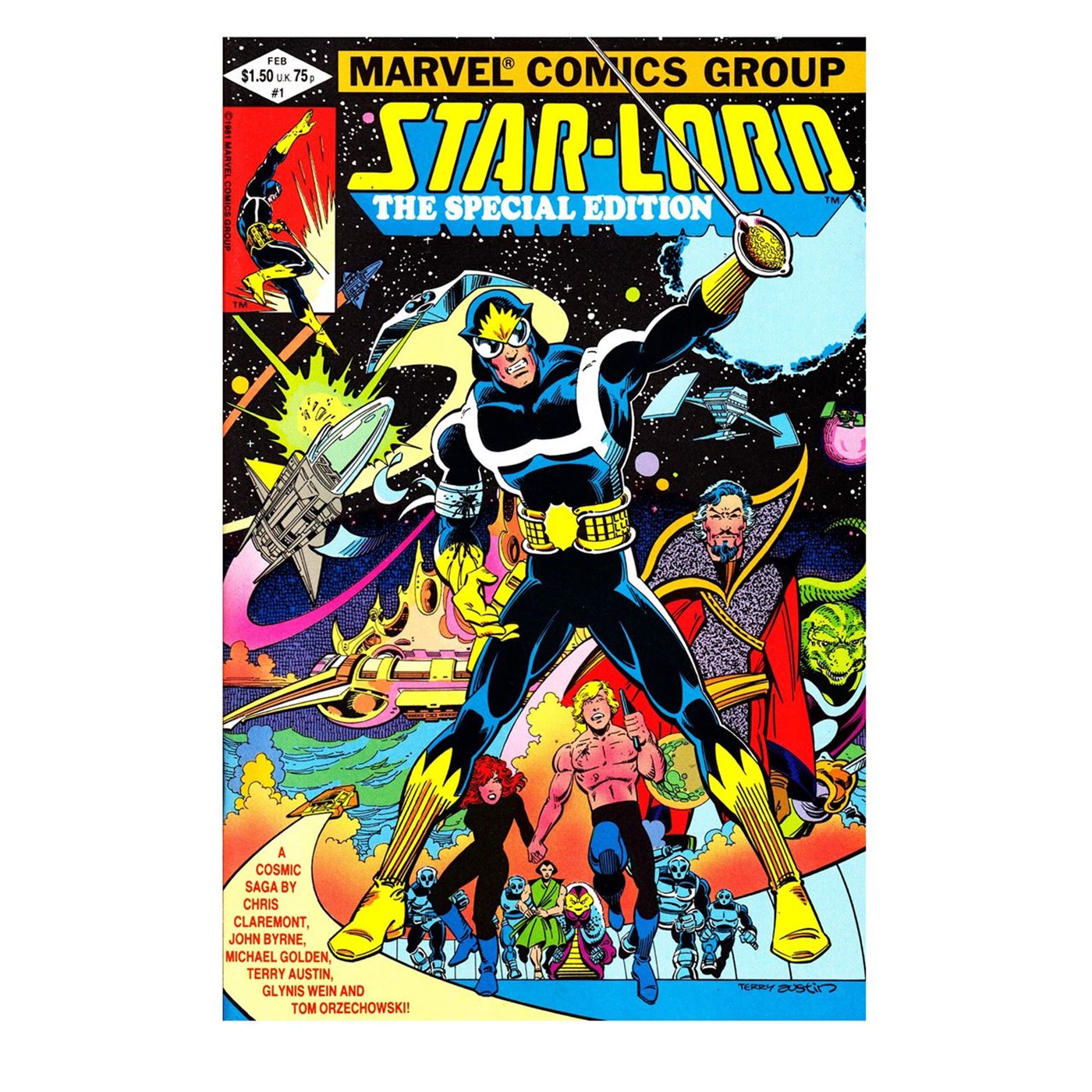 Showing off the 1982 Special Edition story for Chris Pratt, err, I mean Starlord comes the super cool 100% cotton Star-Lord Comic Cover Men's T-Shirt! Wow, I know he really changed from 'The Office' but I guess there was even a bigger shift back in the 1980s! That's to be understood though...I mean heck, mullets were cool back then!

Fan of the famous Guardian of the Galaxy and distressed t-shirts? This Guardian of the Galaxy t-shirt is what you need and may even help you should you need to challenge people to a dance-off. I'm thinking that Starlord won even more of those battles back then because of that choice in headgear. I know those wide-eyes are freaking me out and we are lucky that he decided to update his style but then again, it is always important to remember where you came from!

Synopsis: Originally appearing as a black and white story in the pages of Marvel's slick, 70s-era magazine, Marvel Previews, this story features the first cooperative work by Chris Claremont, John Byrne, and Terry Austin, who, in a few short months, would move on to their soon-to-be-seminal work on Uncanny X-Men.

Star-Lord came out of a Marvel that was still residing creatively in a more "experimental" stage, offered alongside books like Tomb of Dracula, Master of Kung Fu, and Howard the Duck; it was a full-on, world-building space opera featuring a character conveyed by a sentient star-craft conveniently called...wait for it... "Ship."

It's also worth noting that the first iteration of Star-Lord was absolutely not the potty-mouthed smarty pants currently appearing in comics and the acclaimed Guardians of the Galaxy films; he was a very rigid, very determined space hero acting as, and placed in the familiar aesthetics of, classic sci-fi staples such as Buck Rogers and Flash Gordon.

Yeah, it took at least 20 years to perfectly develop that charming, cynicism-charged humor.

a throw back to the original star lord nice texture.