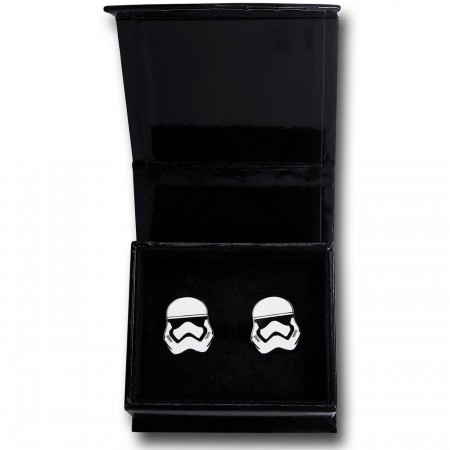 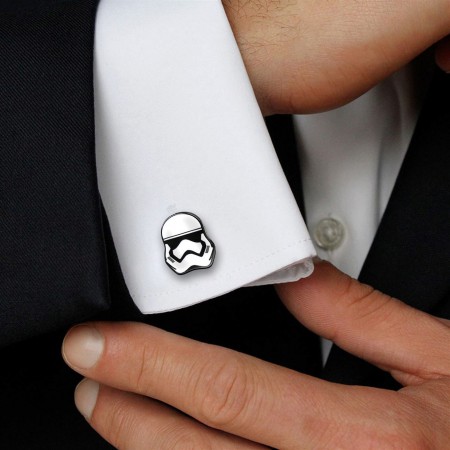 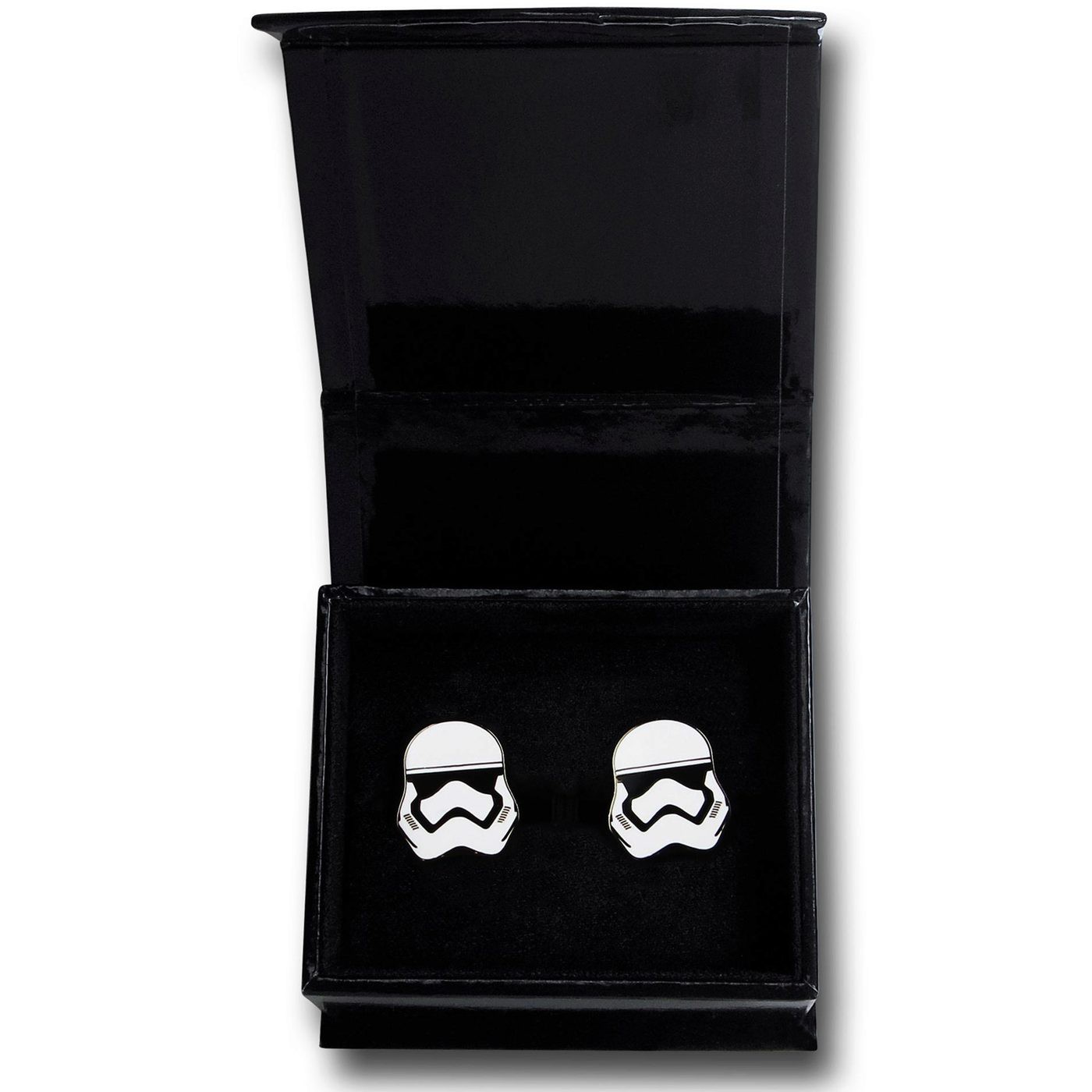 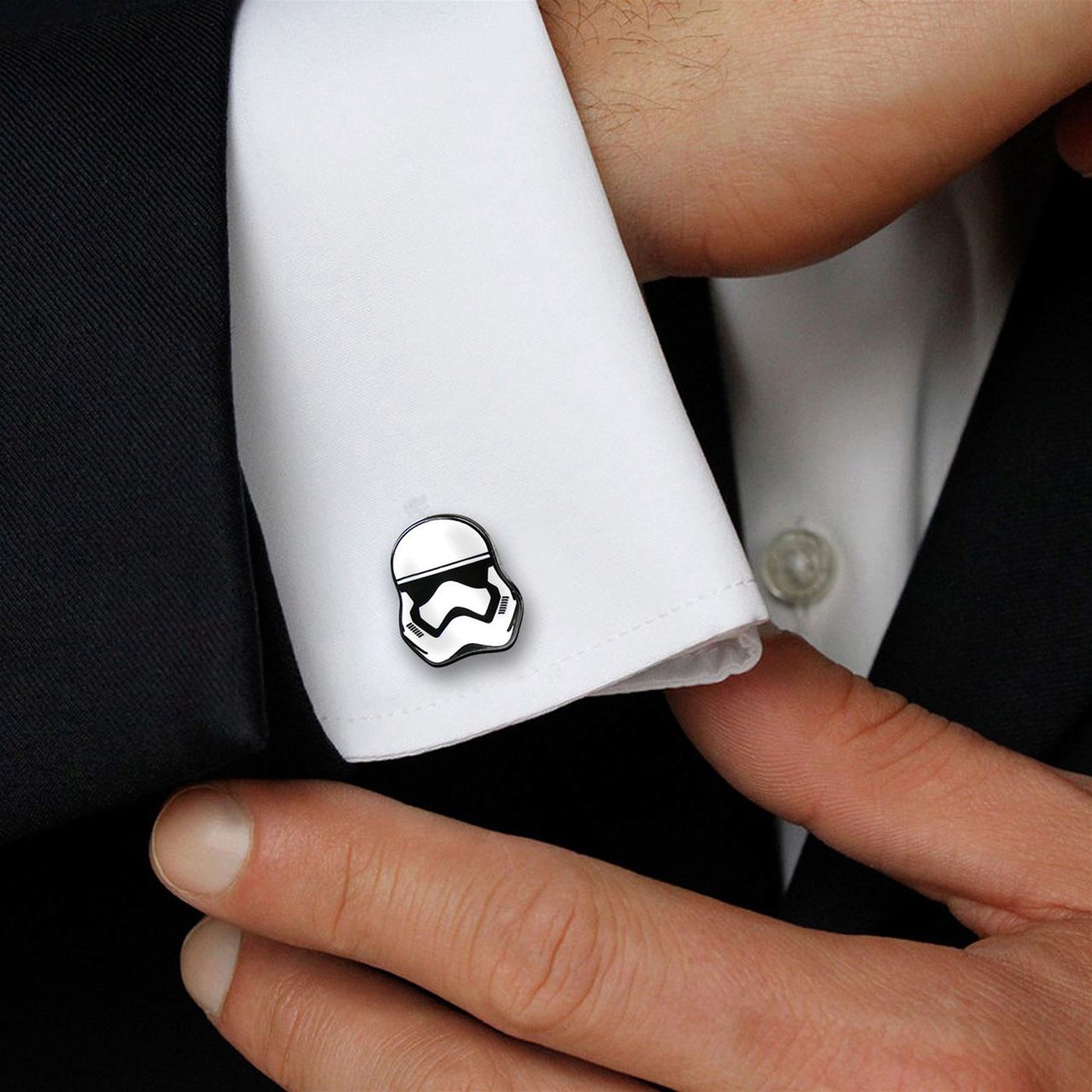 The .75 inch tall plated base metal Star Wars Force Awakens Stormtrooper Cufflinks is the pair of cufflinks that are endorsed by the First Order...you know, those hipsters who are totally into the Empire even though the Empire went the way of the space-dodo. Based on the rank-and-file of the 'New Empire', the Star Wars Force Awakens Stormtrooper Cufflinks wants to be led into battle by Kylo Ren...which will be played by you should you have these great metal cufflinks!