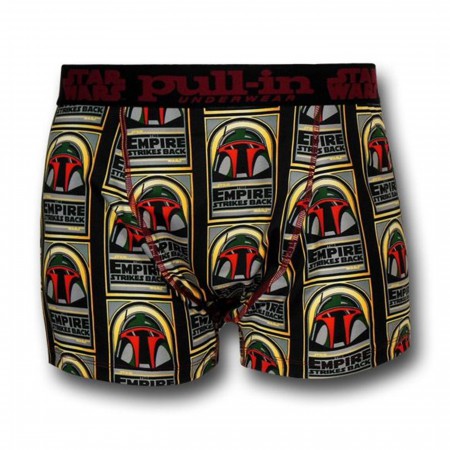 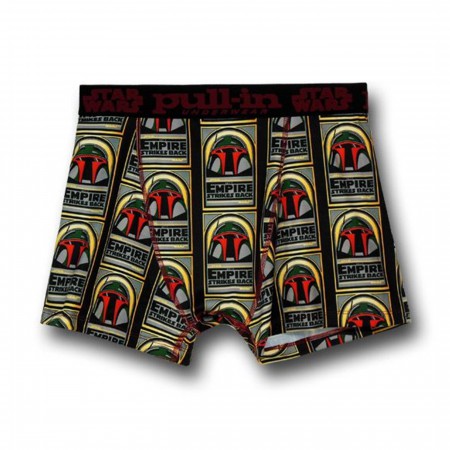 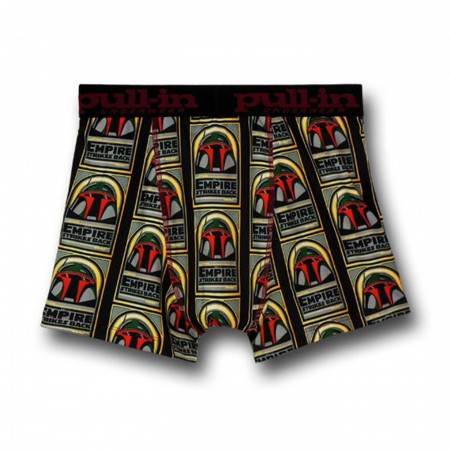 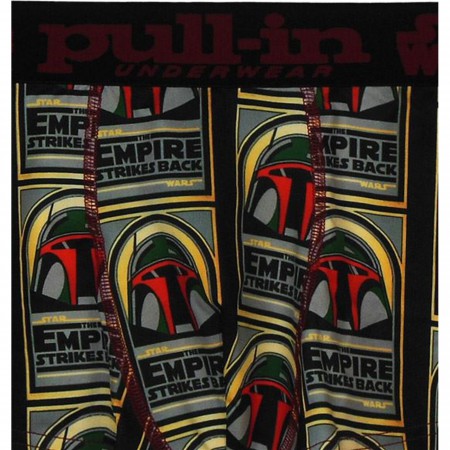 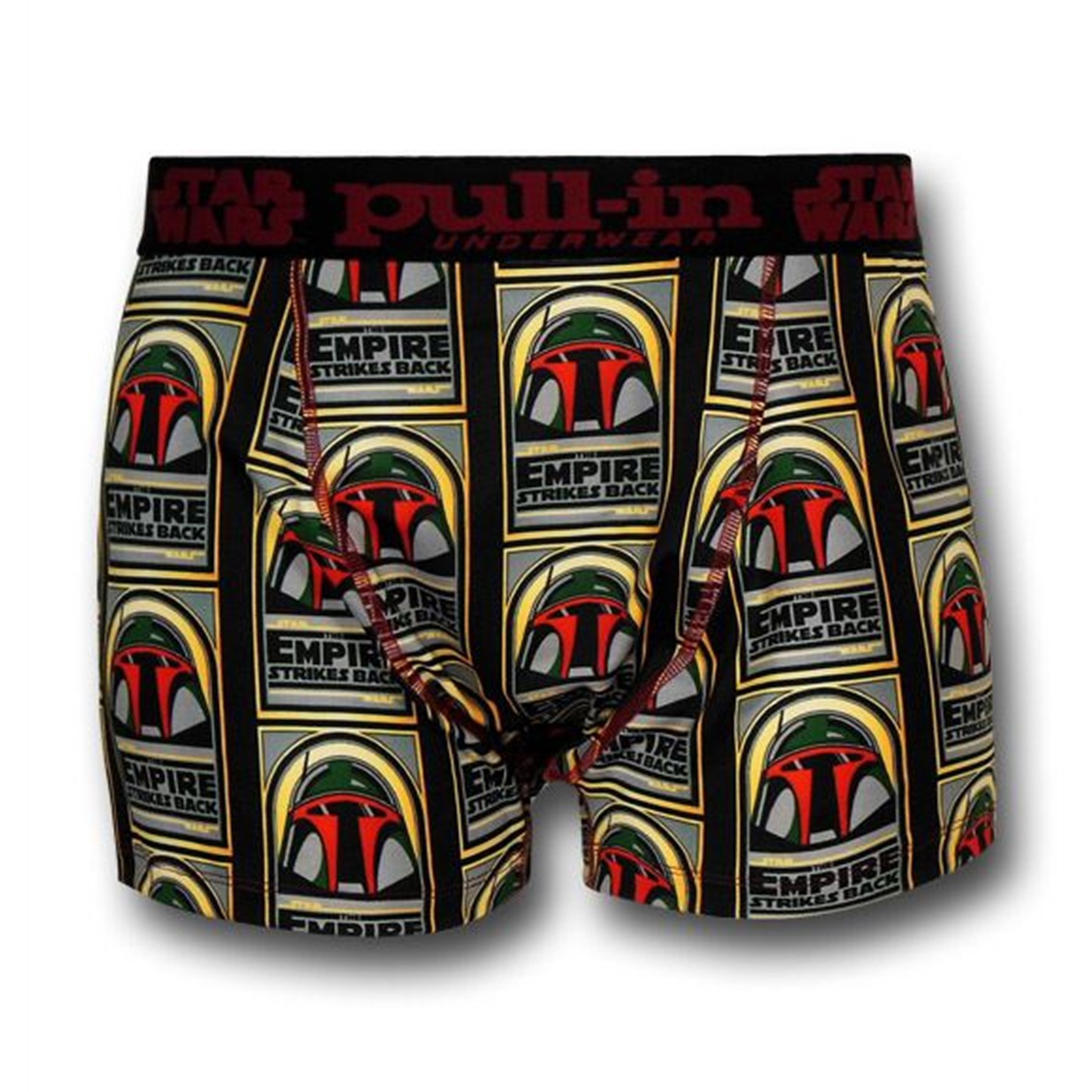 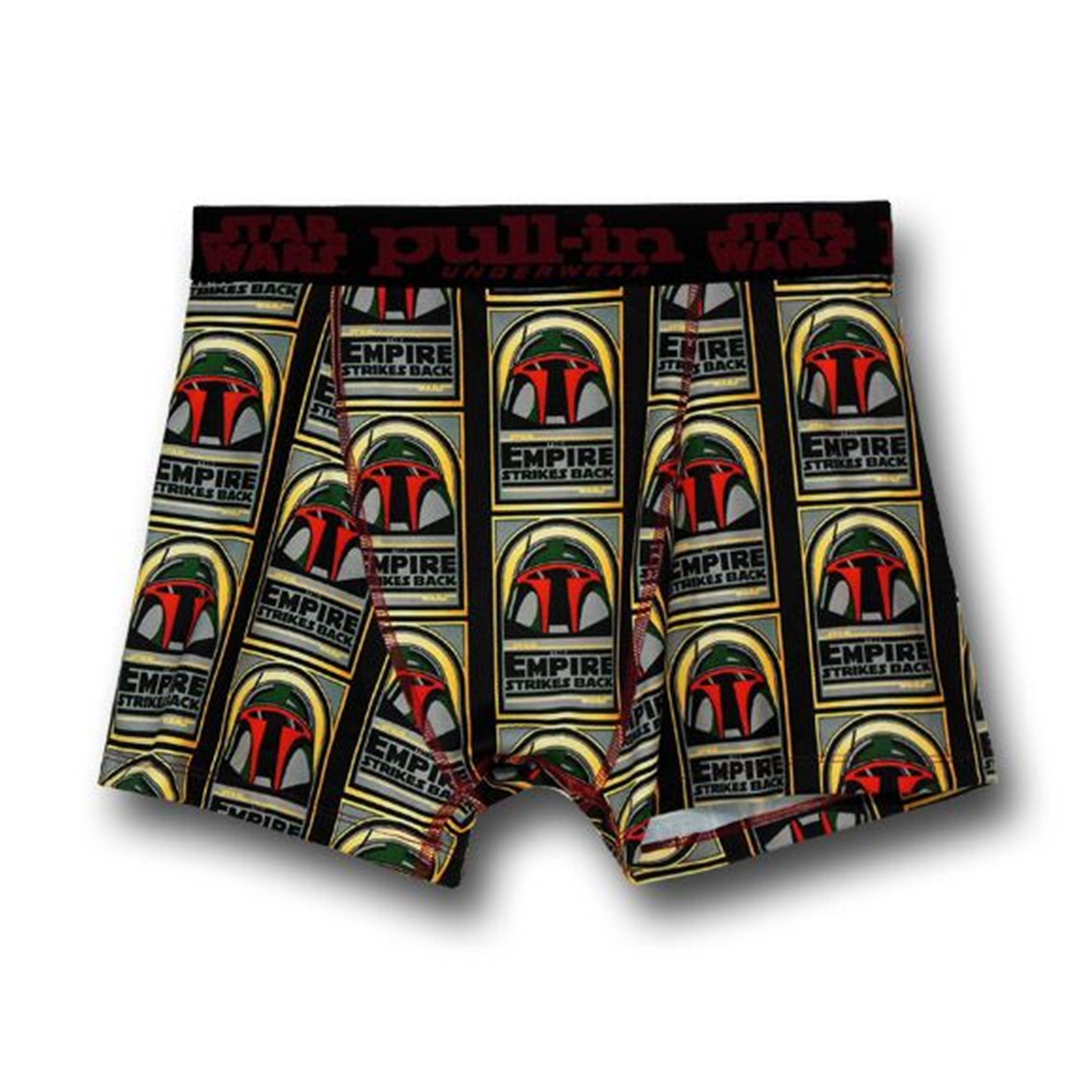 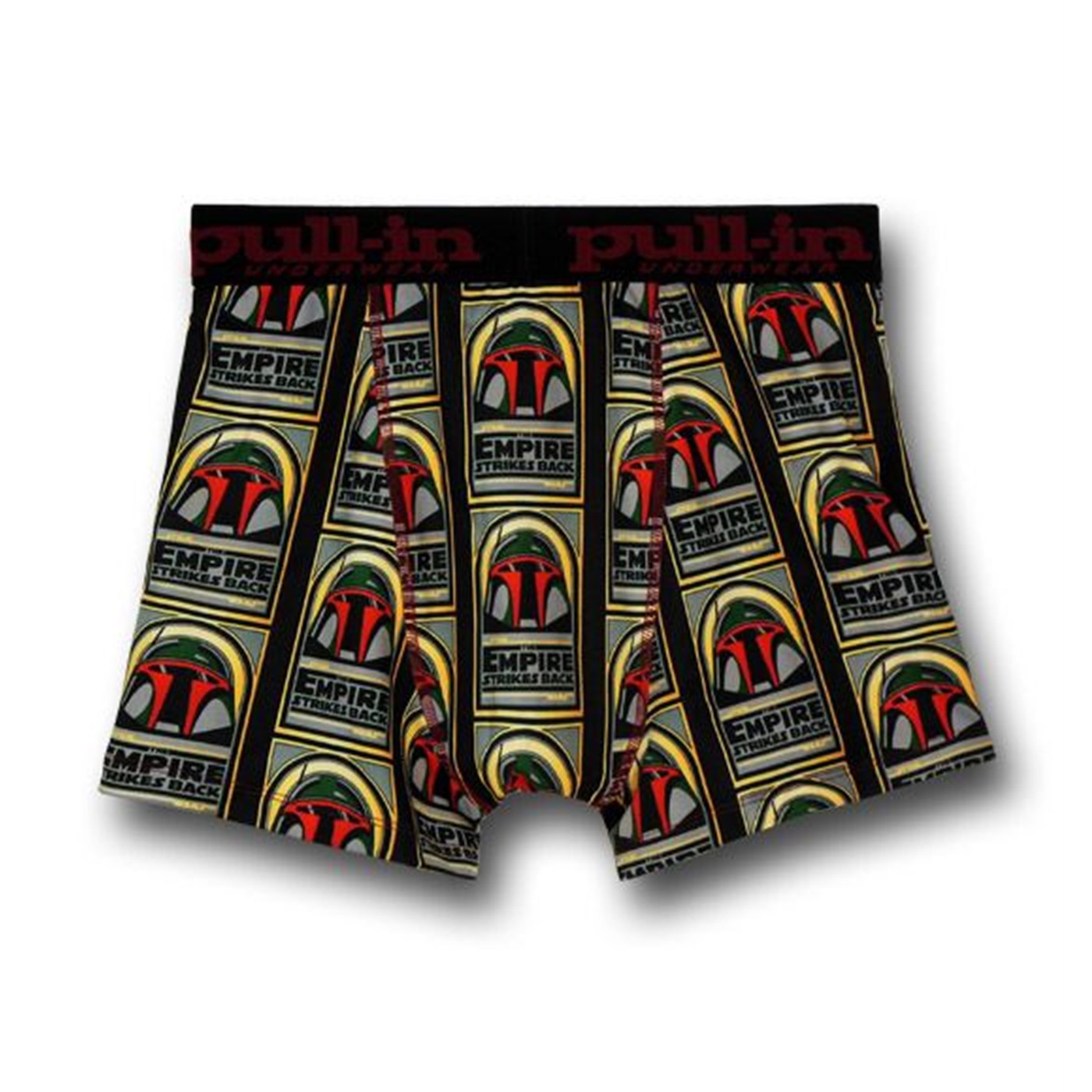 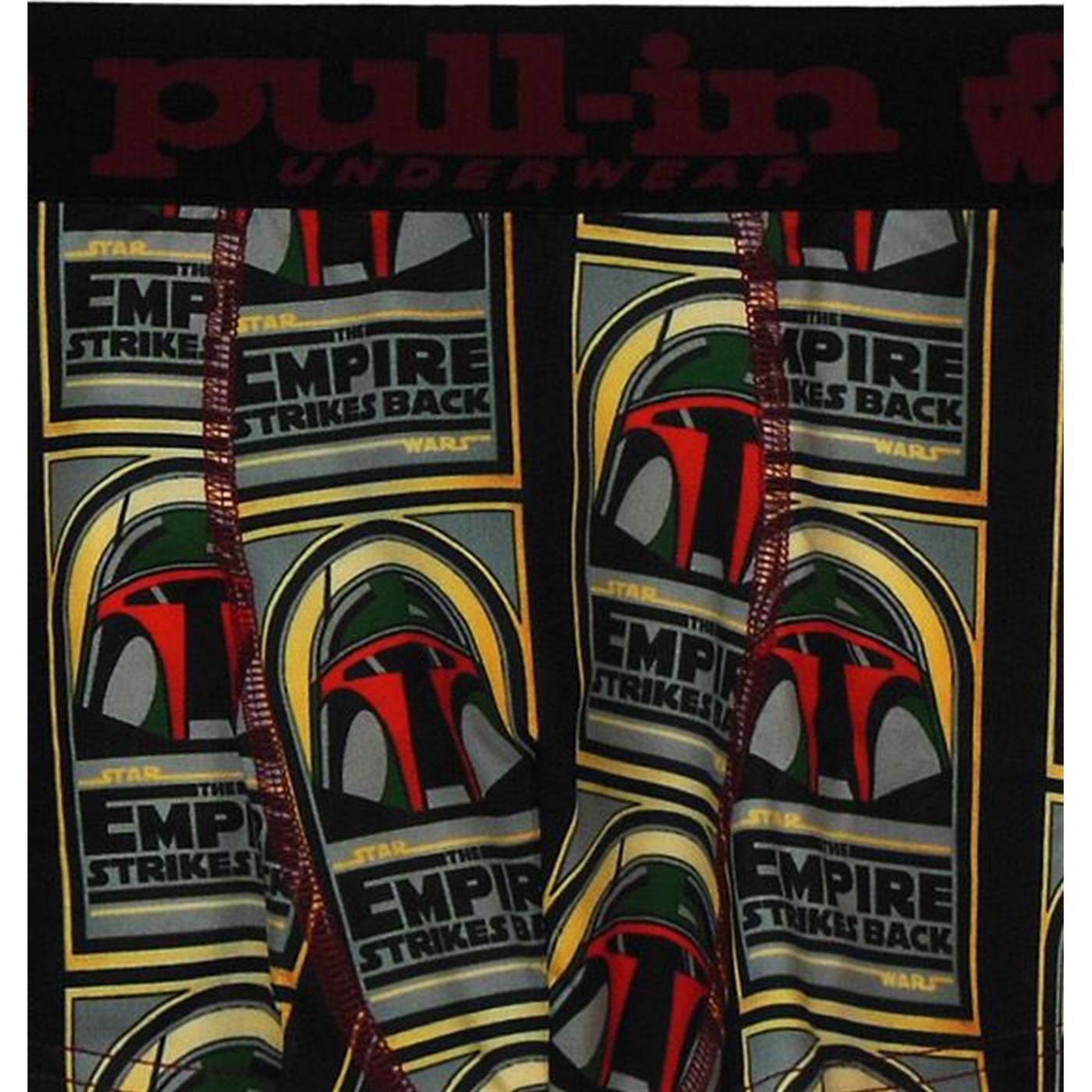 You embrace the fact that Boba Fett is the baddest character in Star Wars. No, not like terrible but bad in a good sense if you follow! You know...like Samuel Jackson. Wait, he is in Star Wars! Does not compute! The 87% polyester 13% spandex Star Wars Boba Fett Pull-In Boxer Briefs shows off our dear space-Samuel Jackson-that-isn't-actually-Samuel Jackson on a quality pair of underwear from classy manufacturer Pull-In. You really can't go wrong with the bounty hunter inspired Star Wars Boba Fett Pull-In Boxer Briefs!