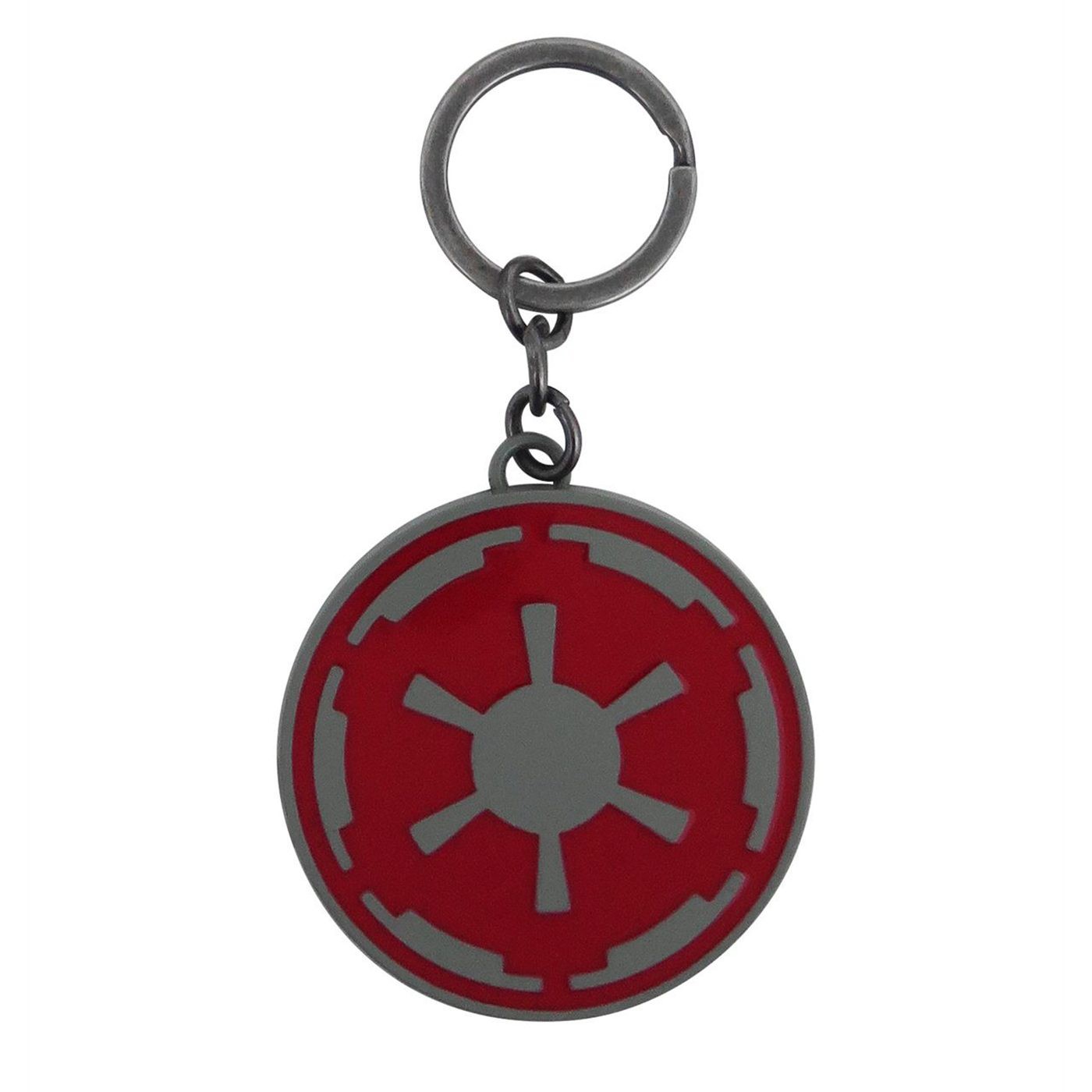 A little history regarding the Imperial Crest:

The Imperial 'cog' -- the symbol utilized by Emperor Sheev Palpatine -- was originally an 8-spoked symbol (or "roundel") utilized by the Galactic Republic during a little conflict called 'The Clone Wars'.

So, Palpatine undermined/appropriated the Republic AND its formerly uplifting crest. JERK!

The cog-themed Imperial Symbol has been terrorizing free space since 1977.

If a friend or family member removes this very Star Wars keychain from their pocket, I beseech you to stop sharing personal information.