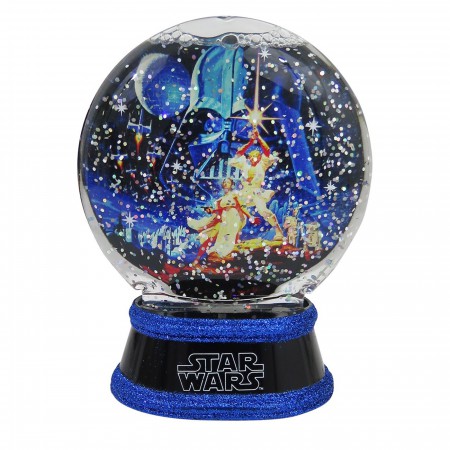 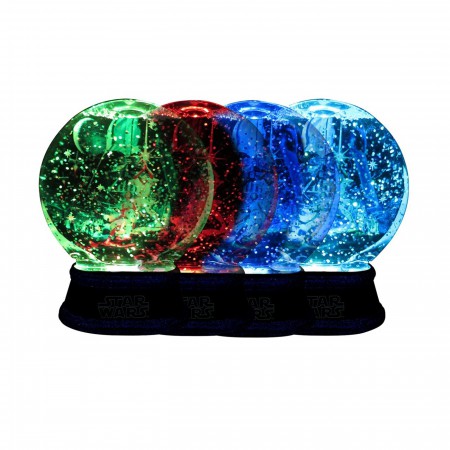 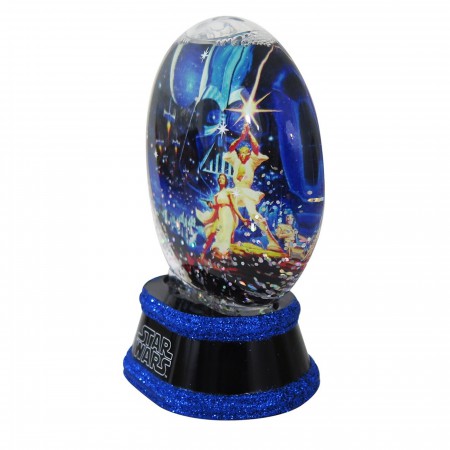 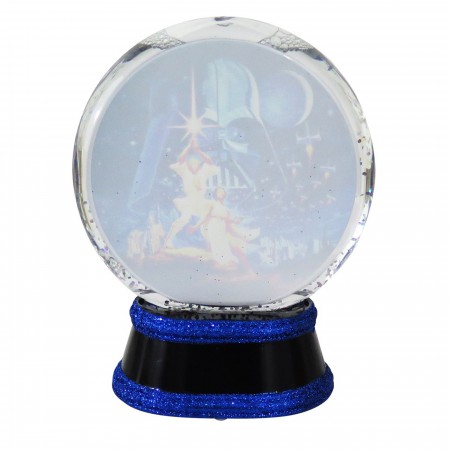 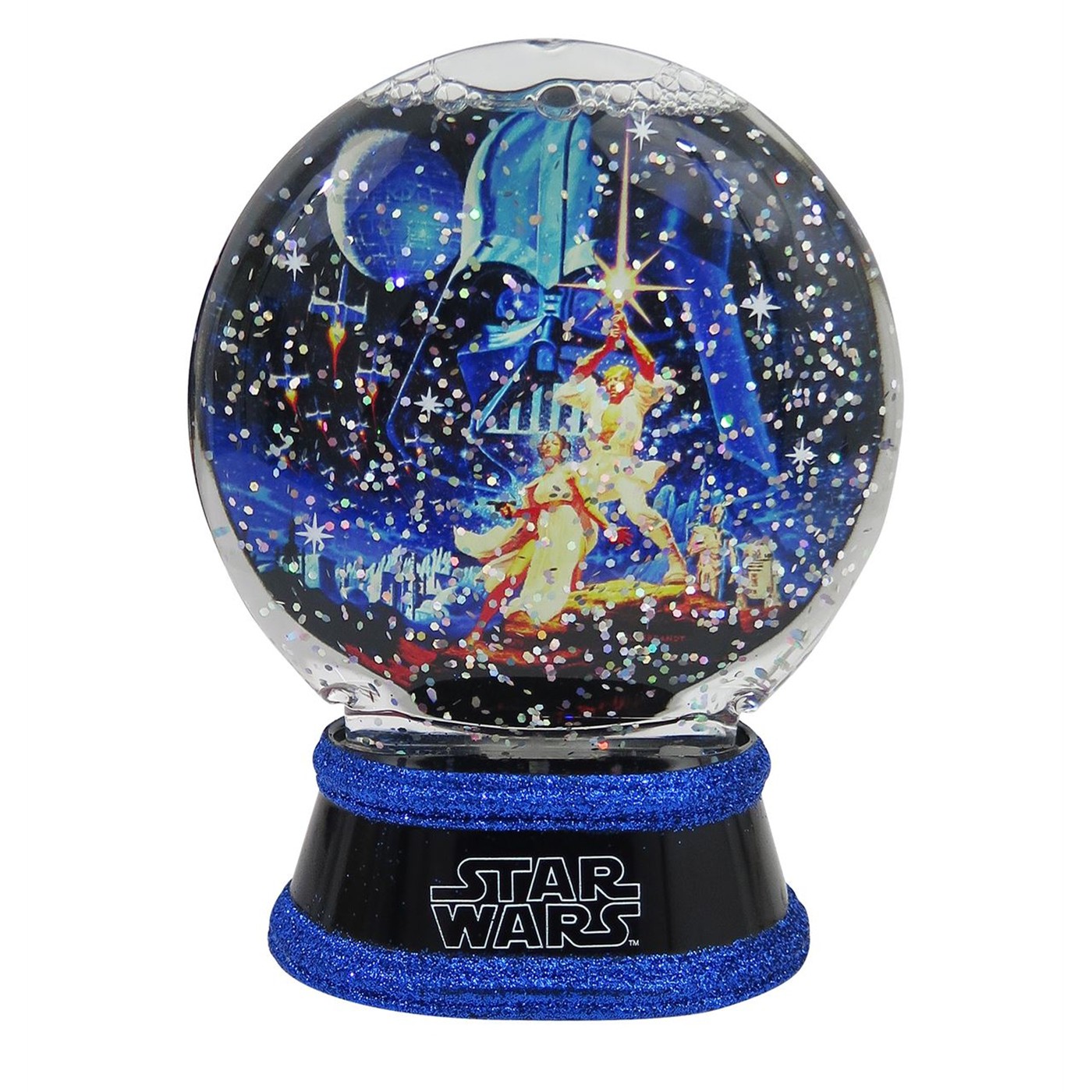 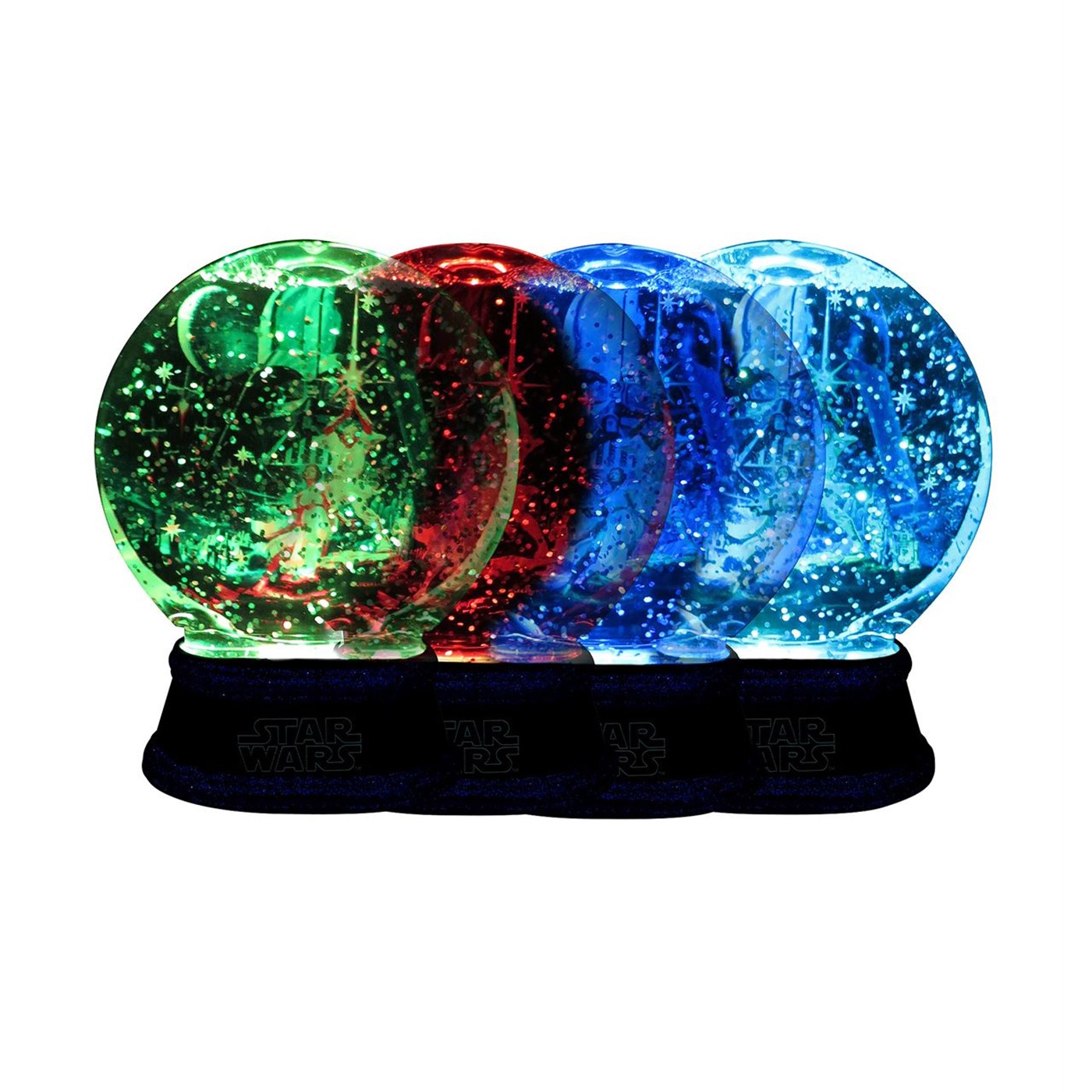 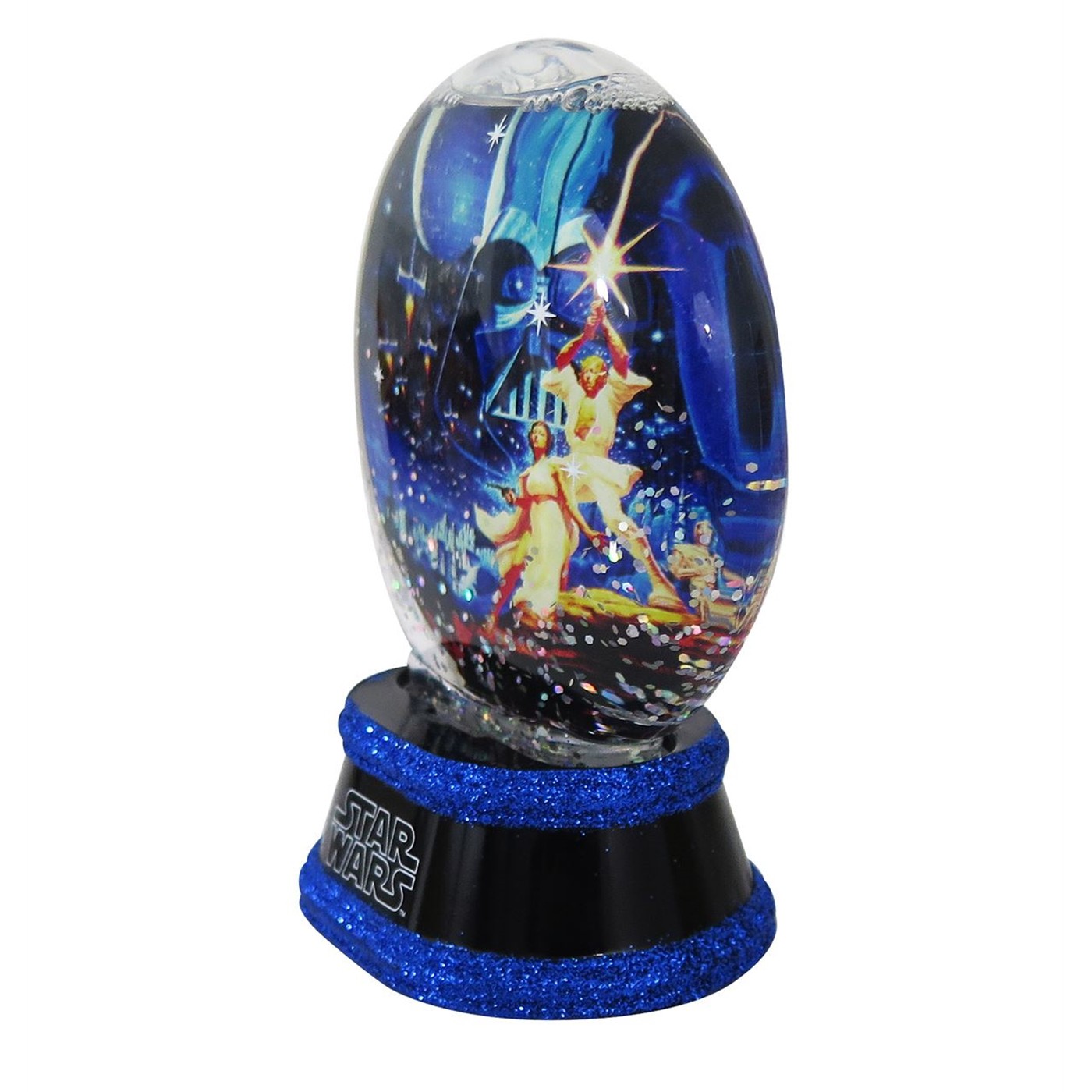 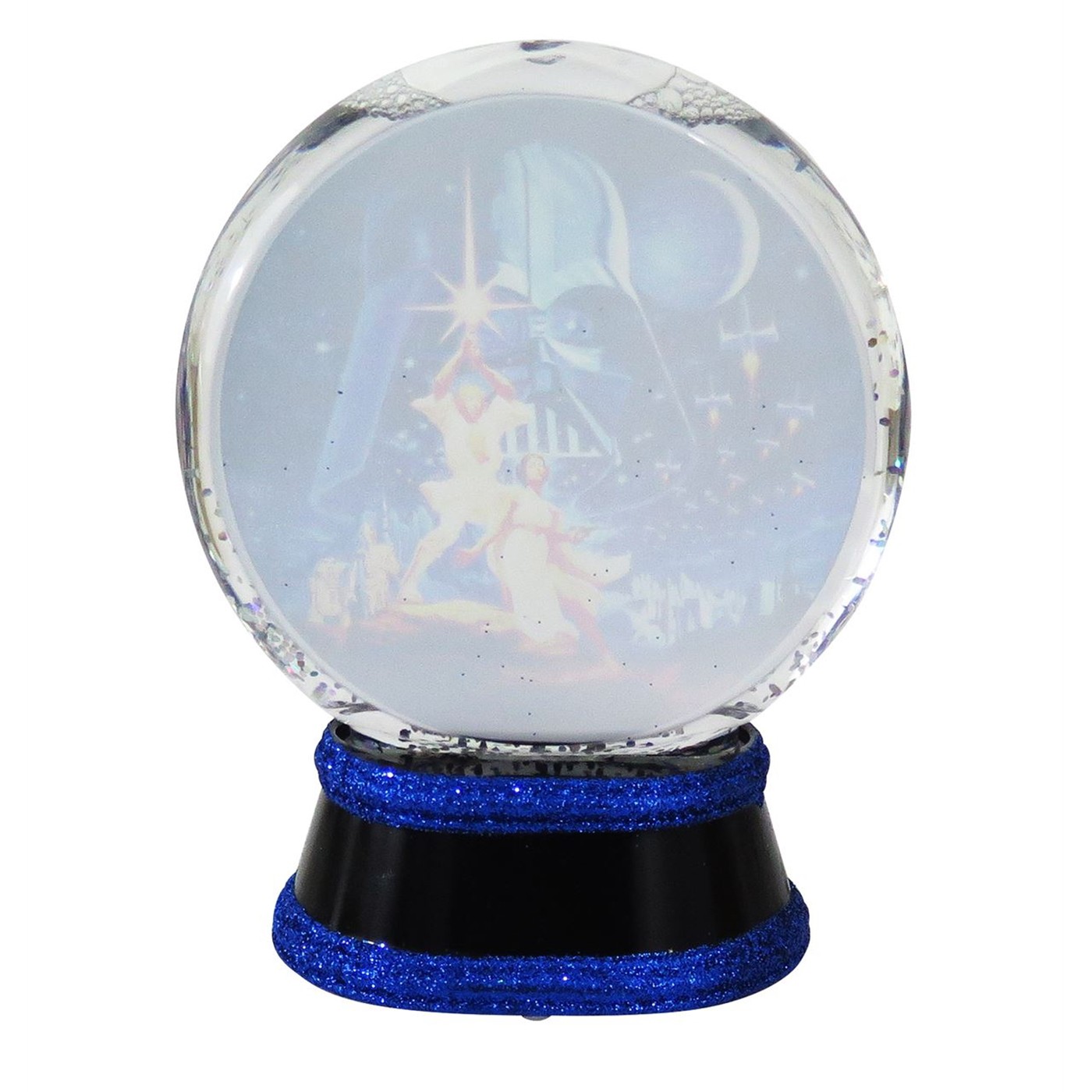 Yep, it's all there -- the classic image of Luke holding aloft his lightsaber on a patch of Tatooine; behind him, the looming galactic conflict and a hard-breathing visage of his greatest enemy.

But the festive, floating flecks of glitter? Well, the name says "snow," and this is, in fact, a "snow globe."

However, the action is obviously taking place in space. Basically, I want you to overlook the whole "snow" thing and lean towards "stars." Logic demands it. Now, moving on...

This Star Wars snow....er, "star" globe rests on a solid black base trimmed in bands of glistening blue glitter -- they frame a STAR WARS logo.

Yep, just flick the switch, and this Star Wars snow globe lights up. And, while alight, it changes color!