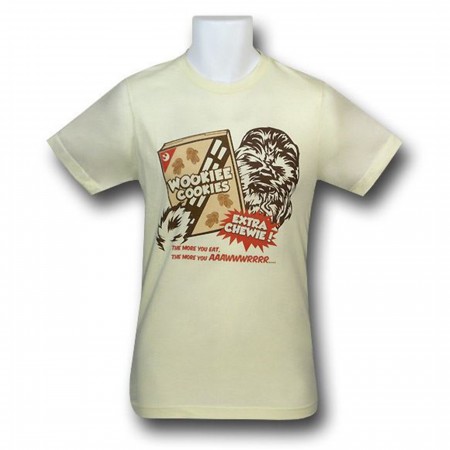 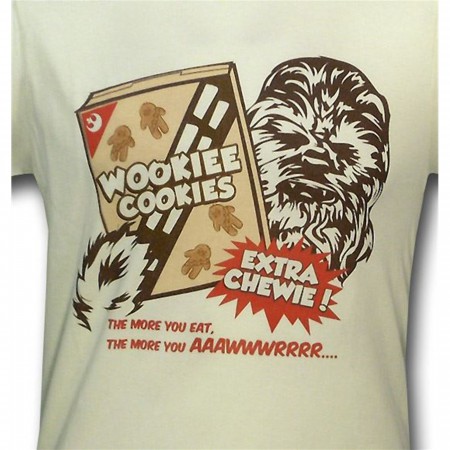 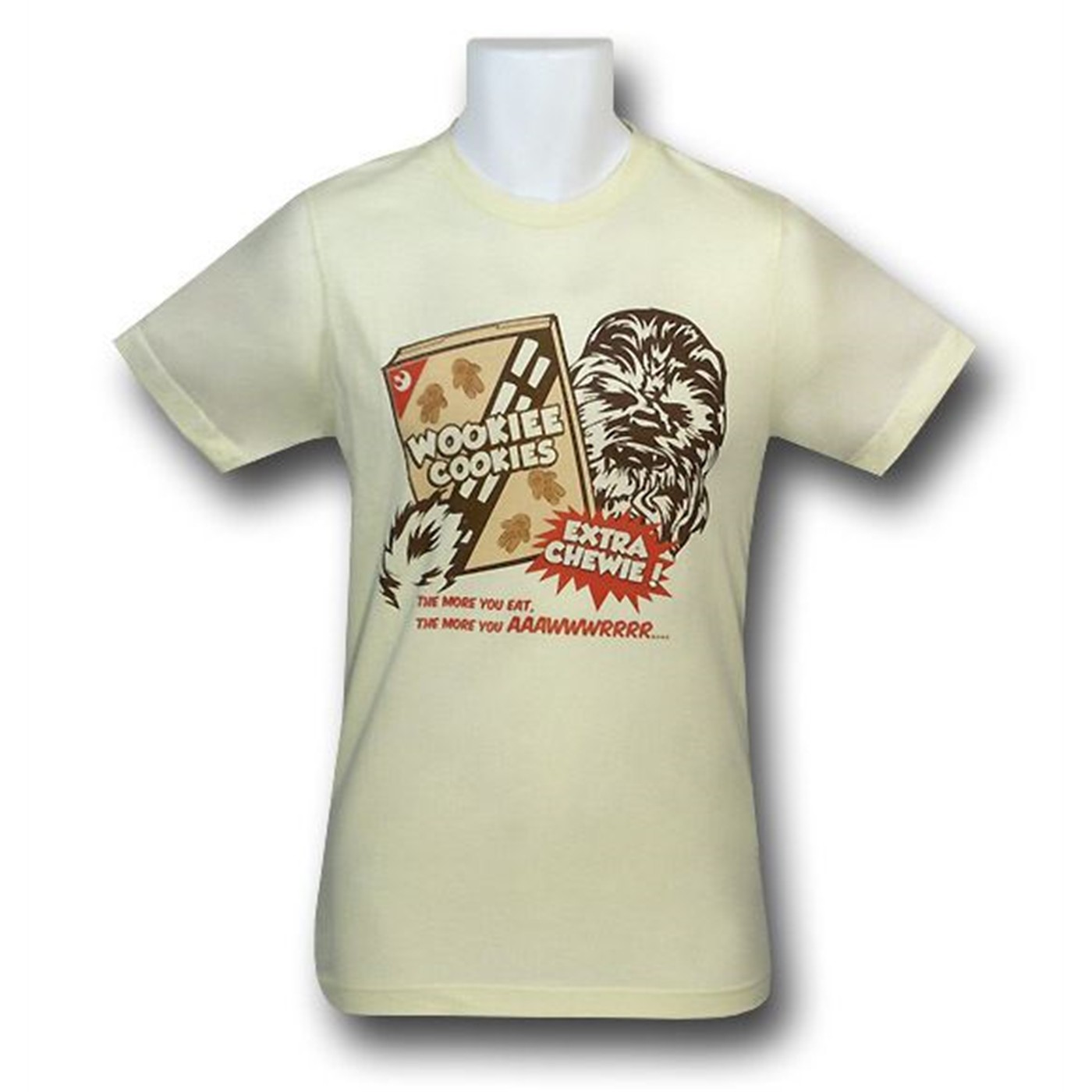 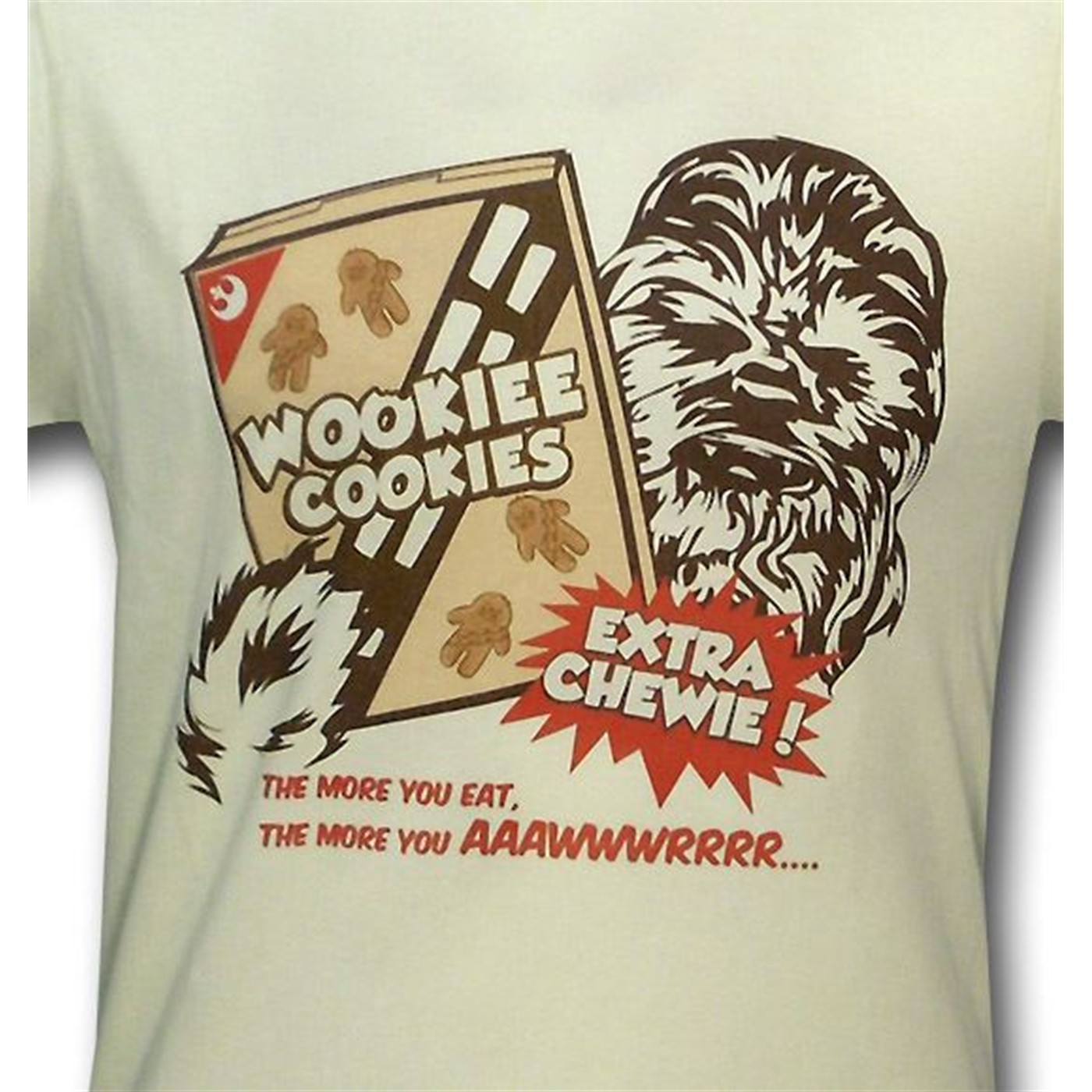 Made from 100% Cotton, this soft, cream colored t-shirt features an image of everyone's favorite co-pilot, Chewbacca the Wookie, carrying what appears to be a brand of cookies named after...well, named after his species. Oh, and they're extra, "Chewie." Get it? Because"Chewie" is short for Chewbacca? Get it? Clever, right? Right?? Yeah, so Chewbacca's cashing in on the clever, rhyming wordplay "cookies" presents. Yup. Oh, and apparently, these particular cookies induce extra....howling or something. Yeah, Chewbacca was your favorite alien-creature-thing from the hit series of Star Wars films, but...well, the films are done and Chewie's got a family to support. This Star Wars t-shirt is made with a higher, 30 Single thread count, making it softer than the average t-shirt.

Very soft, gets good laughs, and shows appreciation of Star Wars without seeming like it's pandering to some sense of "hipster irony."

To sum it all up.....comfortable and funny

I walked past the Superherostuff booth at Wizard World Chicago and this shirt caught my eye. I couldn't help but laugh. I walked away and immediately turned around to buy this shirt, I couldn't pass this shirt up! It's comfortable, funny, and represents everybody's favorite walking carpet. Great for geeks and fans alike!

just what I was after for xmas gift

This is easily one of the best t-shirts I have ever gotten. Soft to the touch, and instantly creates conversation! THE WOOKIE COOKIES!

I'm a pretty testosterone driven guy. I'm an mma fighter. So I was a little hesitant getting this shirt but I love Star Wars. It is so comfy! Color is great! Girls think it's cute and guys find it hilarious. Can't go wrong with this epic shirt

Perfect size, think I will be wearing this one in five years!

Submitted 10 years ago
My Shopping Cart
×
×