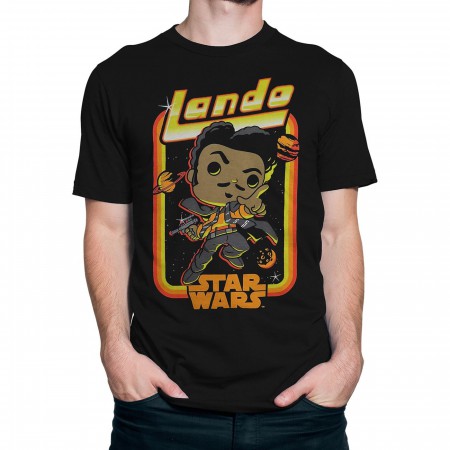 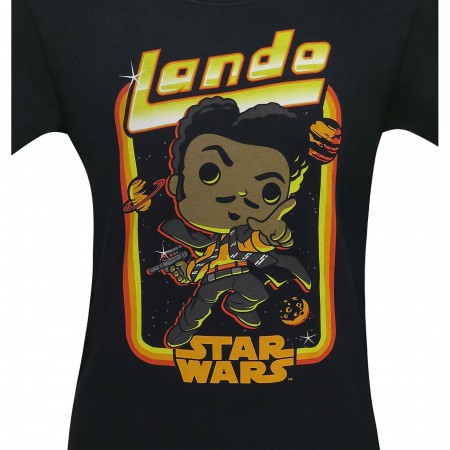 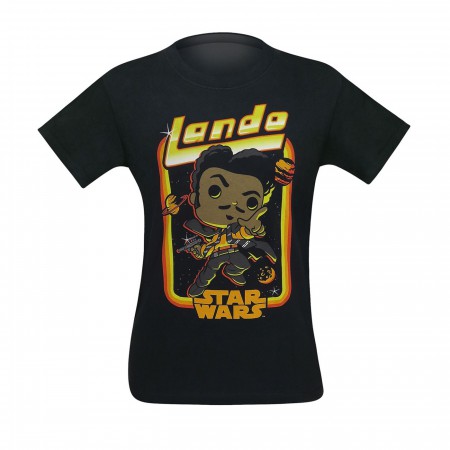 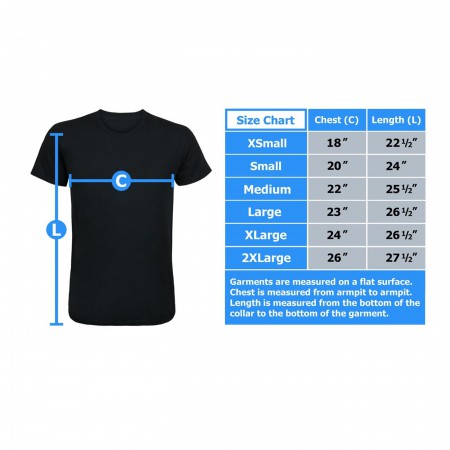 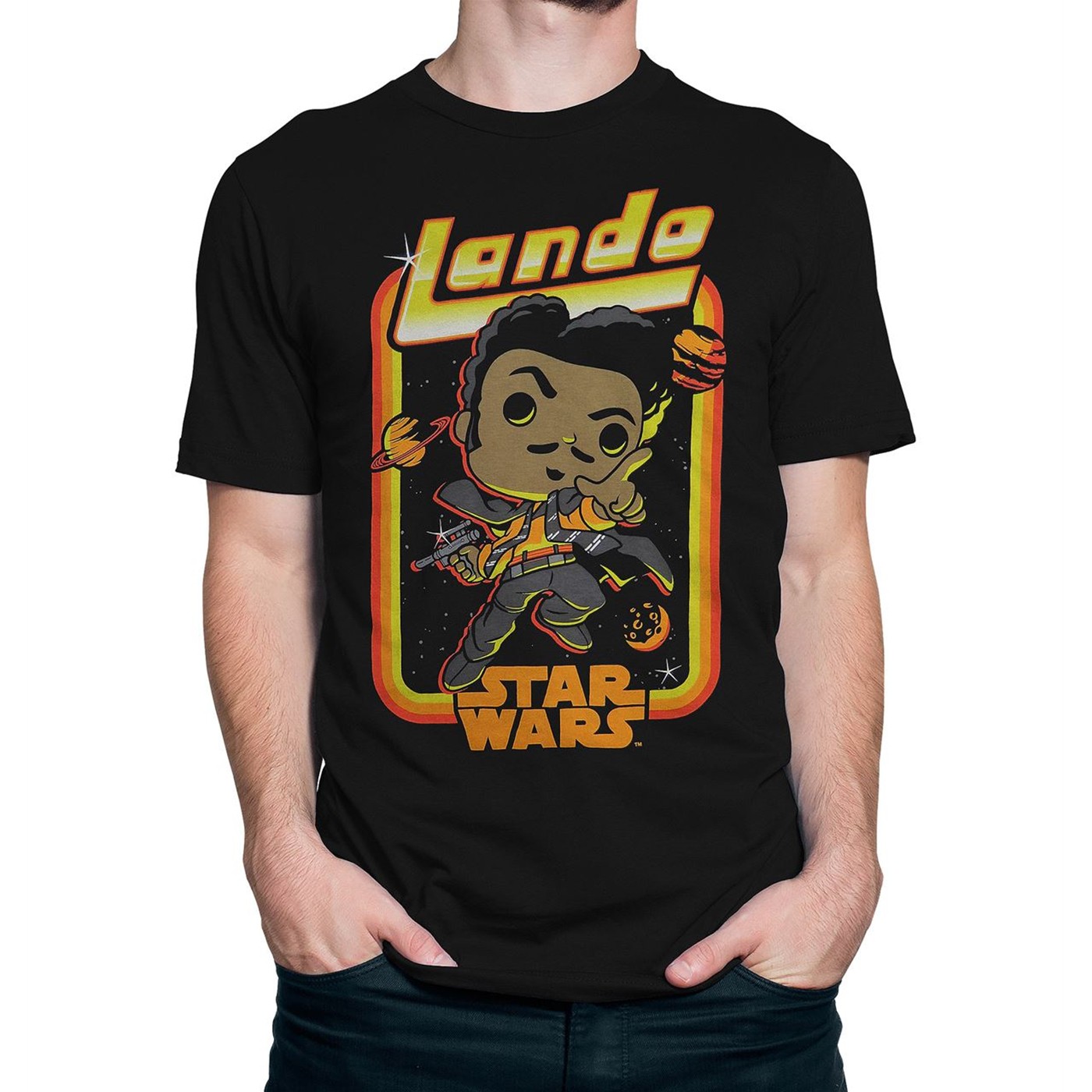 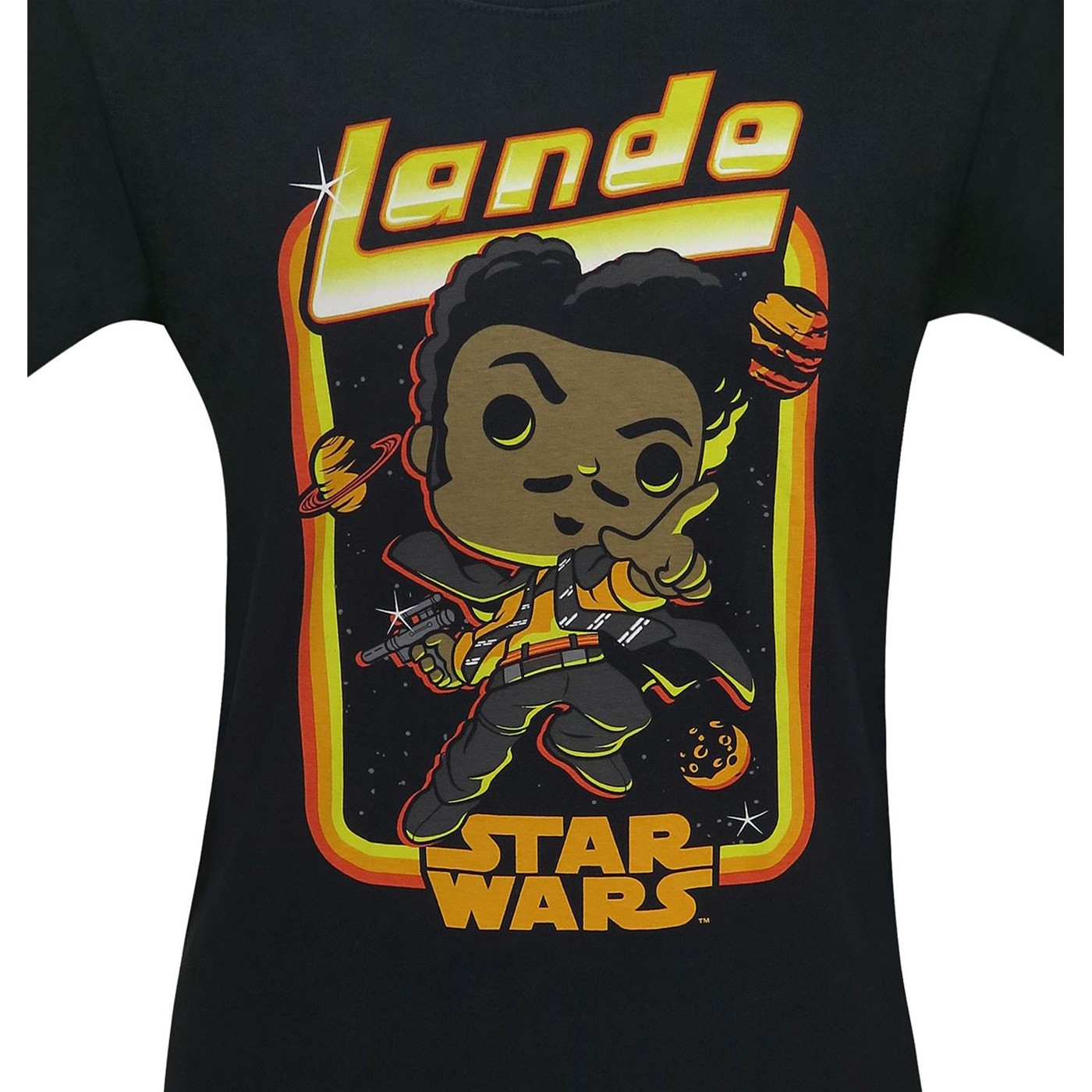 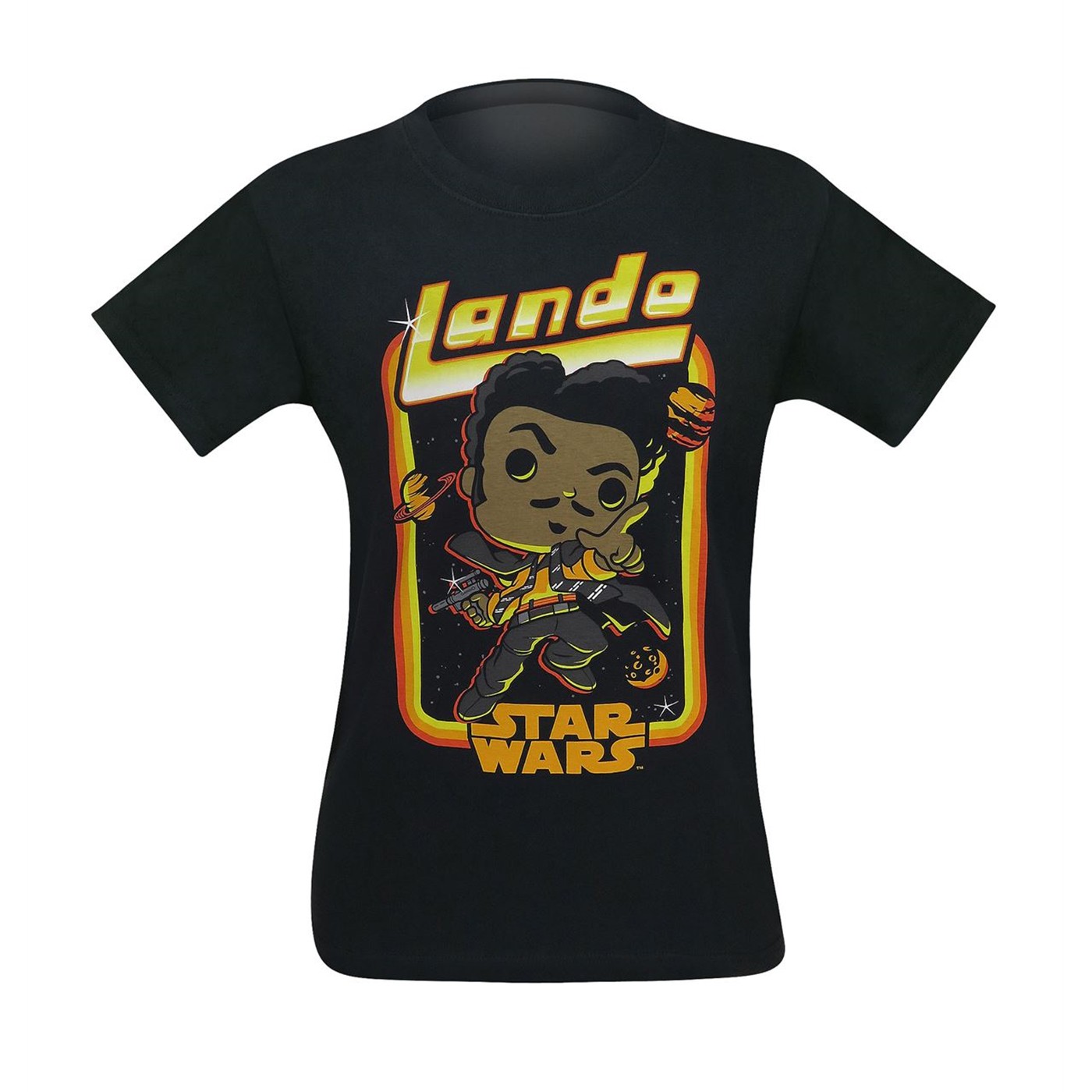 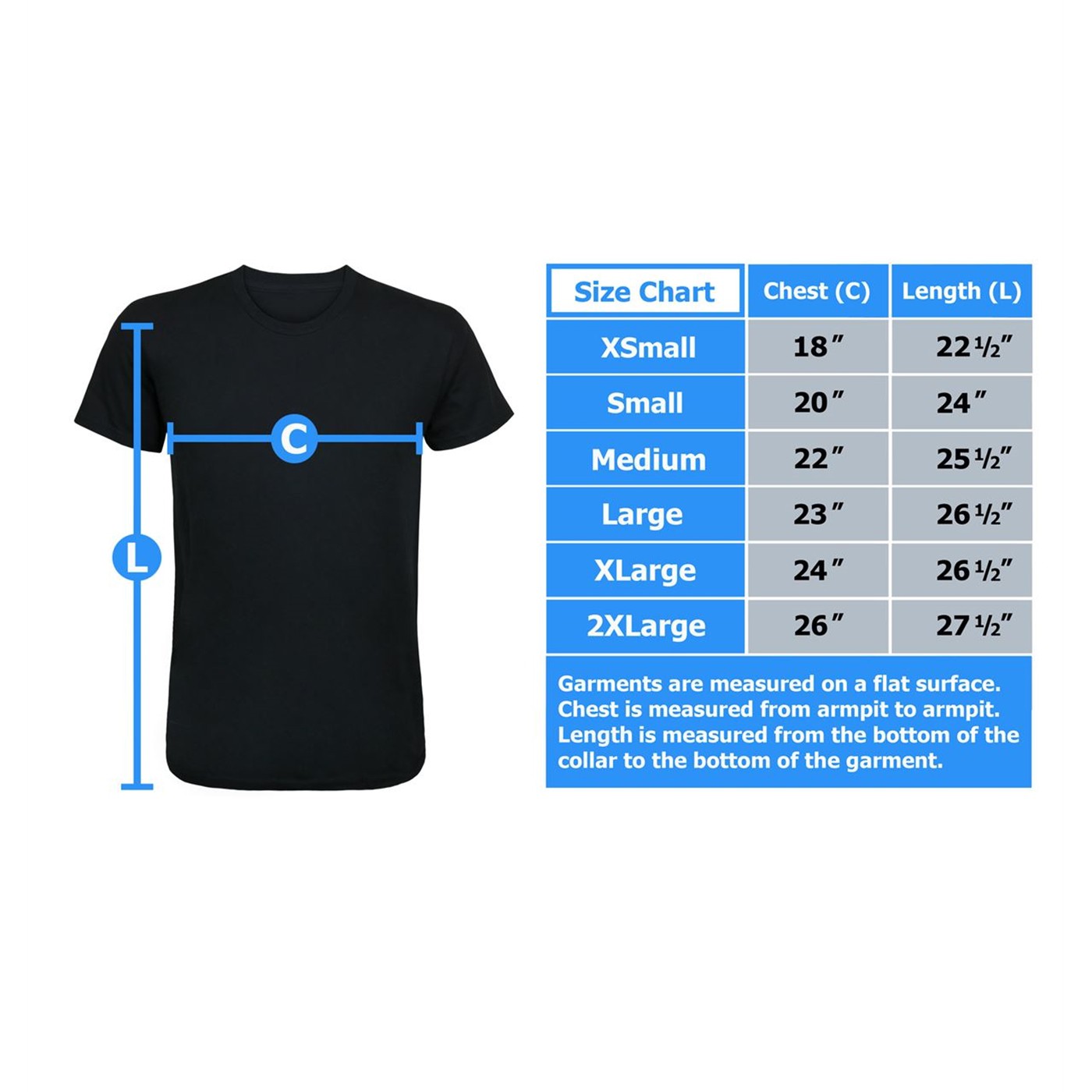 He's quite a player.

Lando Calrissian is an adept smuggler, entrepeneur, and card player. And, if he's not superior in any of the aforementioned skill sets, he grants the appearance of said superiority through cheating.

Based on the Cherubim-chubby collectible courtesy of FUNKO, this Lando Calrissian t-shirt calls for copious hugs and unhindered hand-holding.