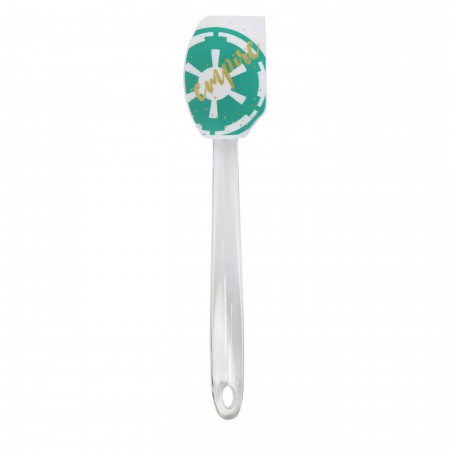 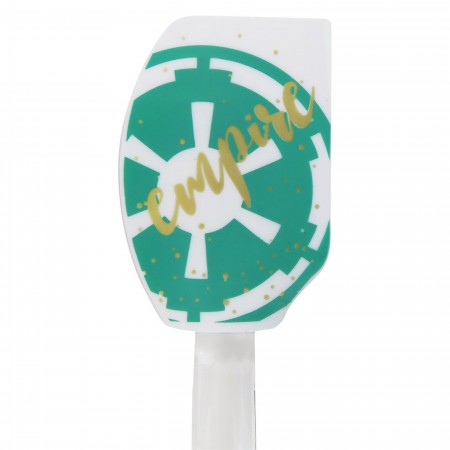 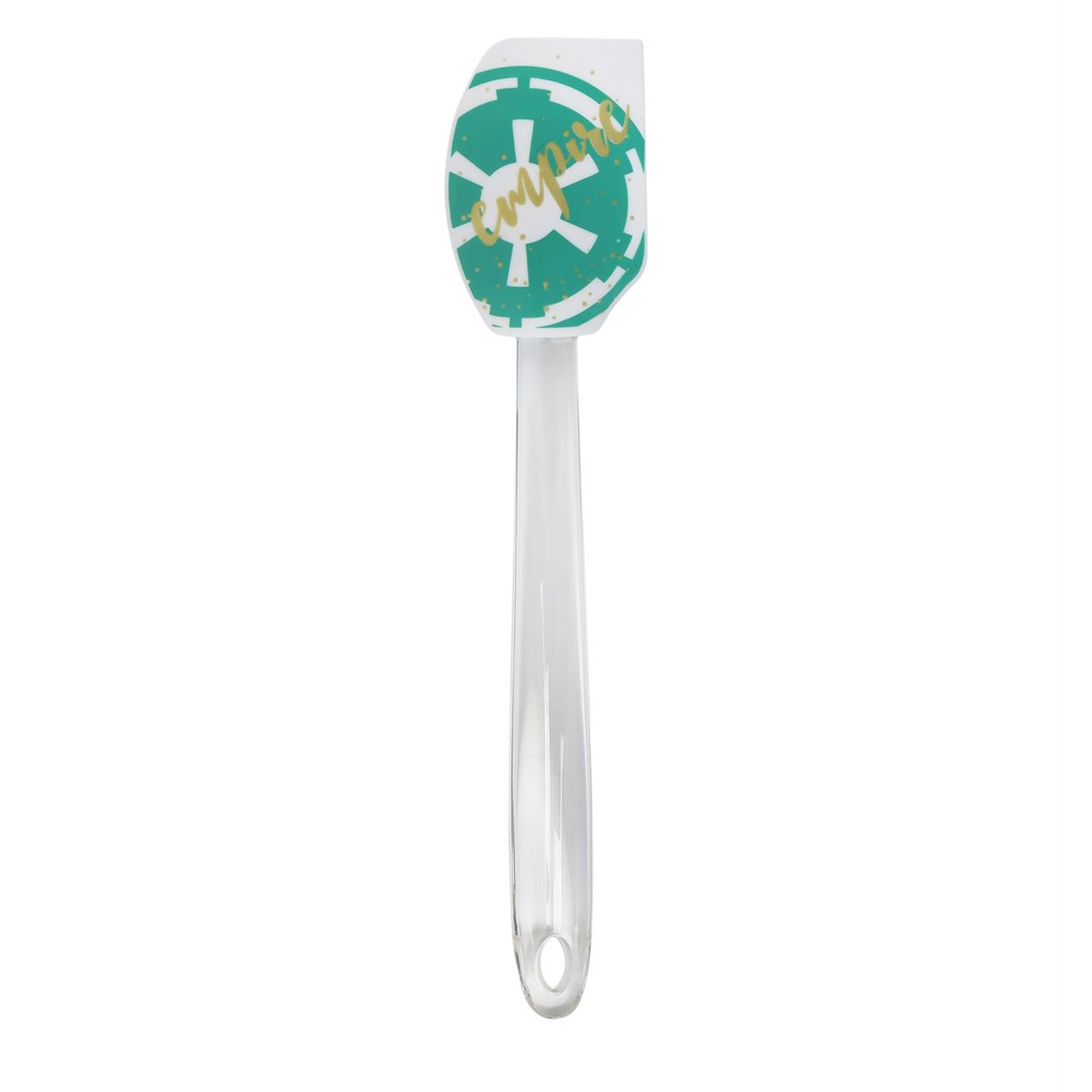 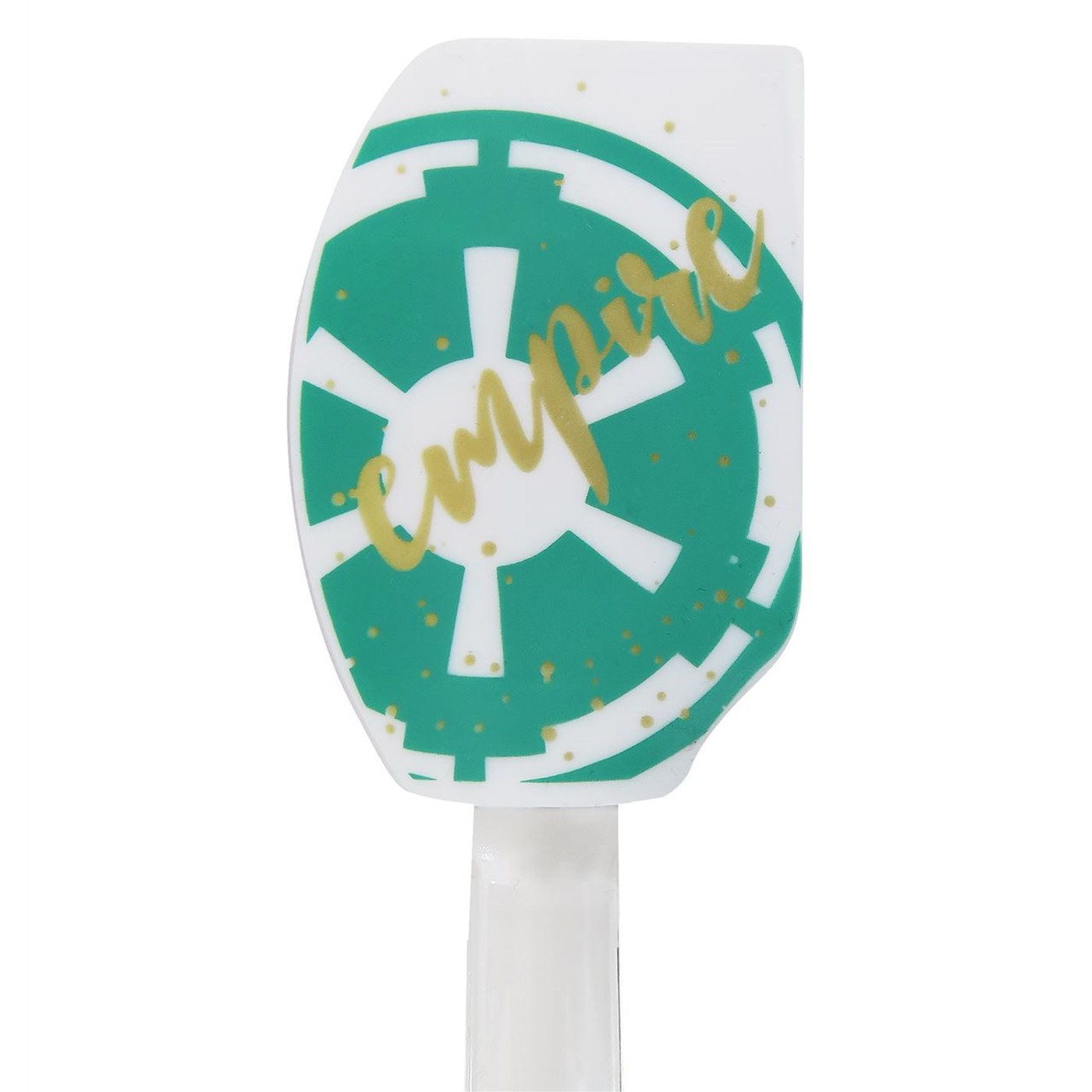 The only Empire-approved cooking/baking spatula.

Those other Star Wars spatulas? Yeah, they were smuggled illegally by a daring team of Rebels who died painfully for their "transgression."

However, the Empire does realize the need for stylish spatulas in Empire-occupied systems.

So, after putting to death said Rebels -- and those who purchased said illegally obtained spatulas -- the Empire "reclaimed" the spatula market by saturating it with the Star Wars Empire Symbol Spatula.

This Star Wars spatula features a clear plastic handle and a white, flexible, and rubbery top -- it's adorned with a green and sizable Imperial symbol, gold-foil dots, and an "empire" logo rendered in cursive, equally golden characters.