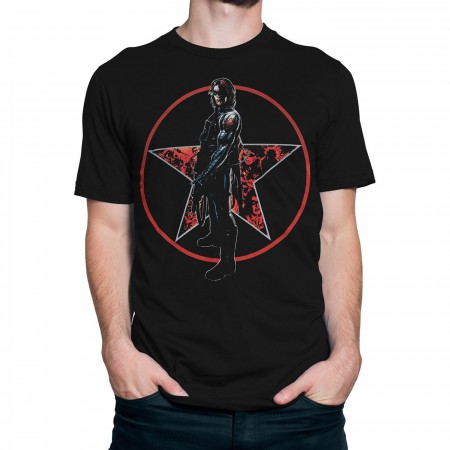 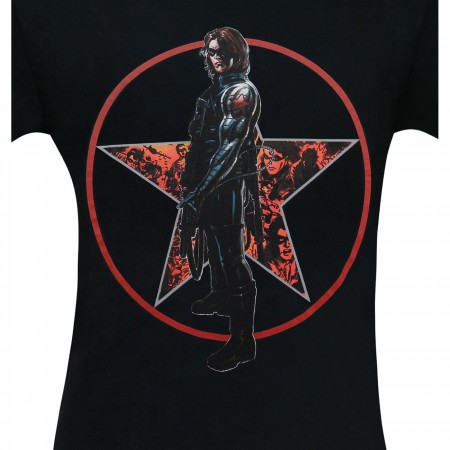 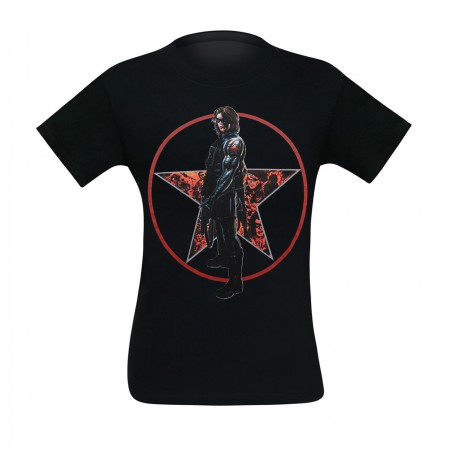 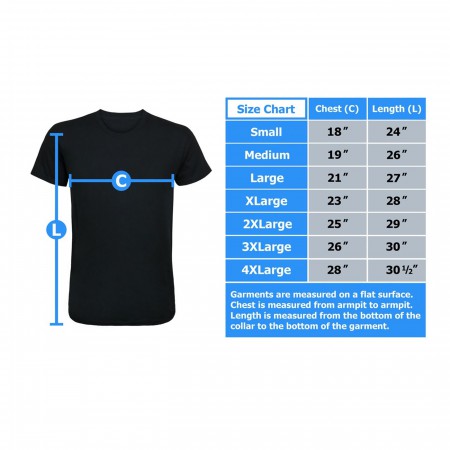 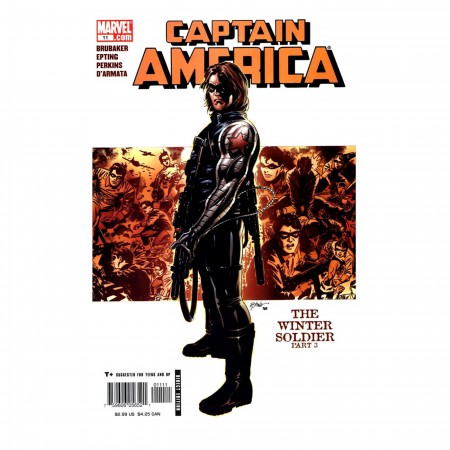 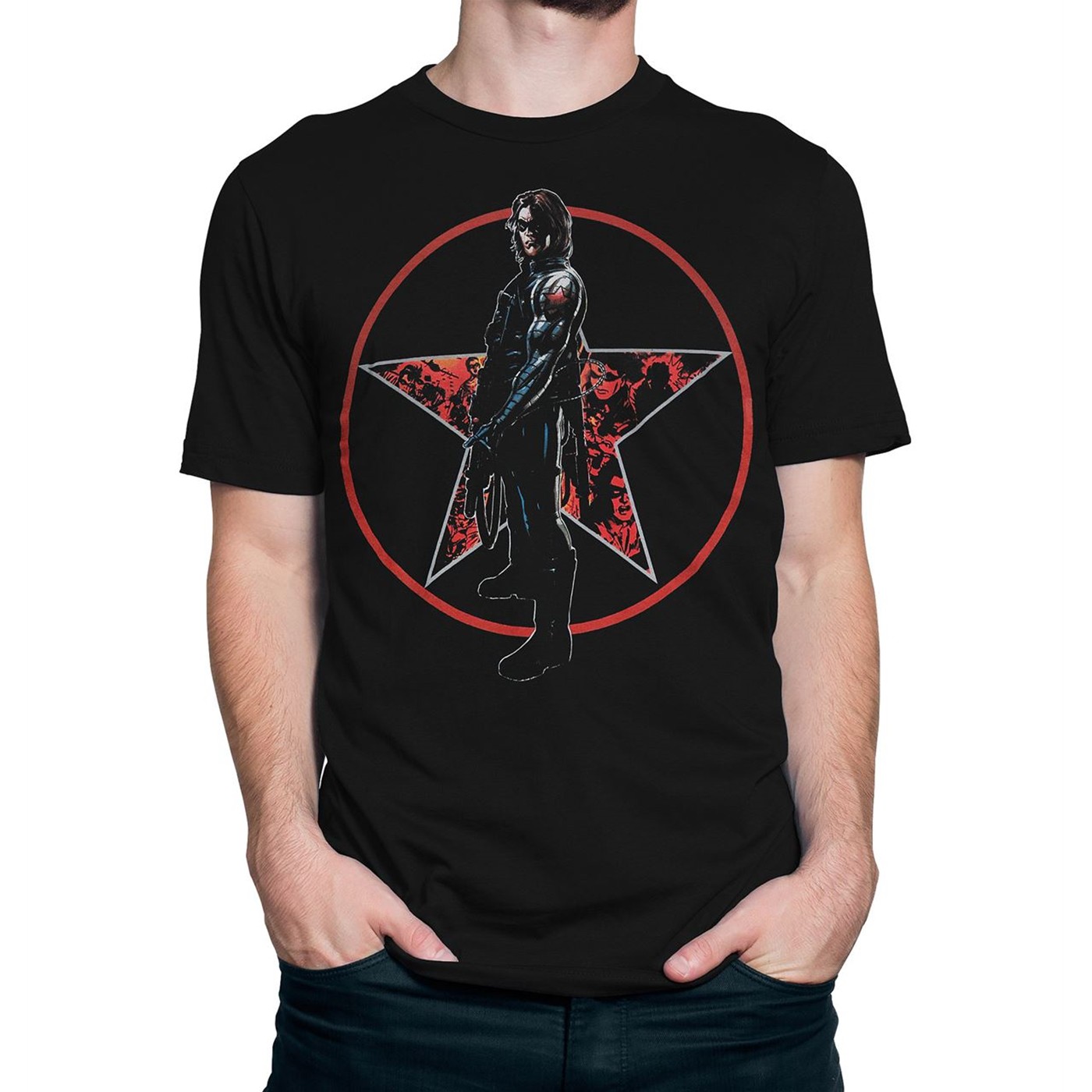 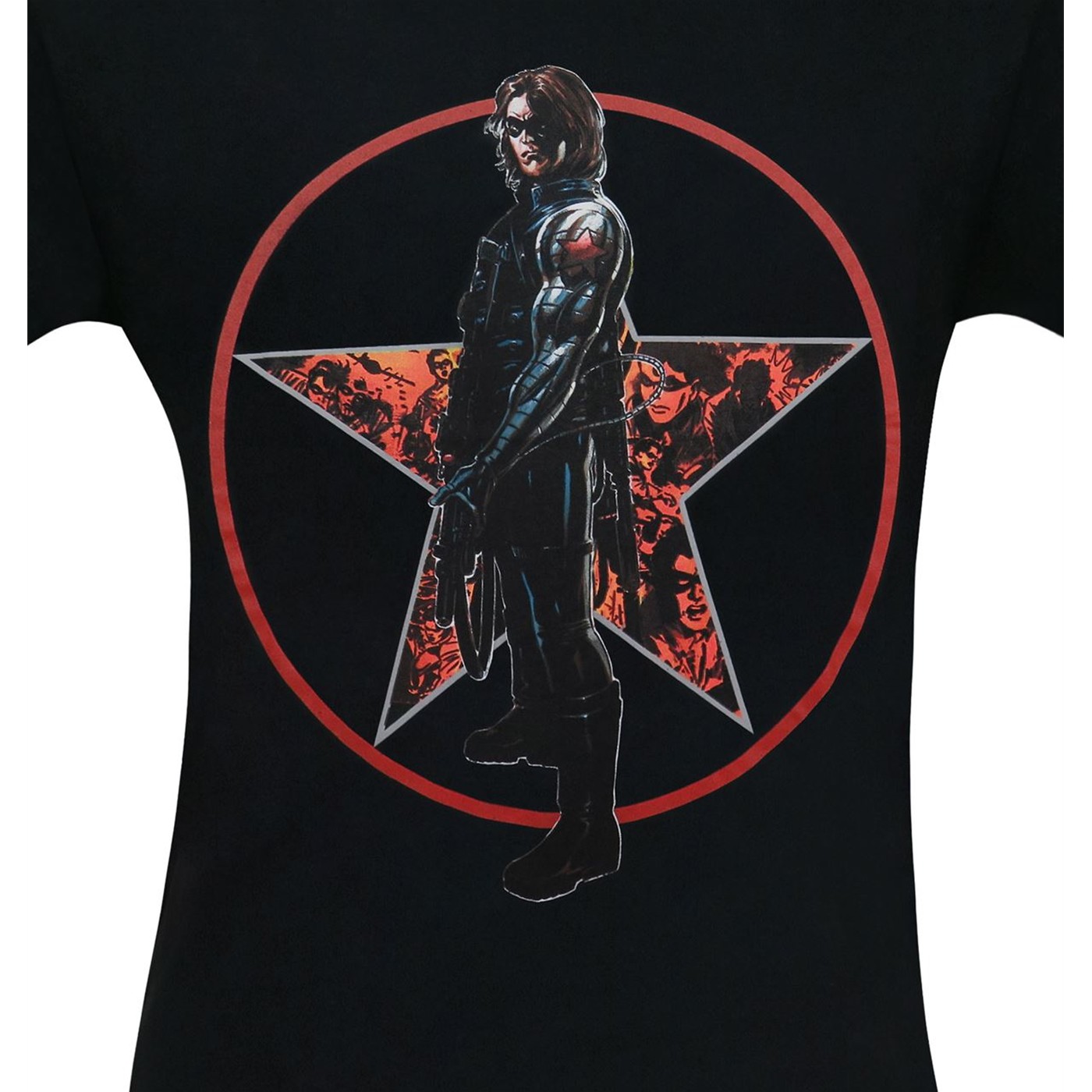 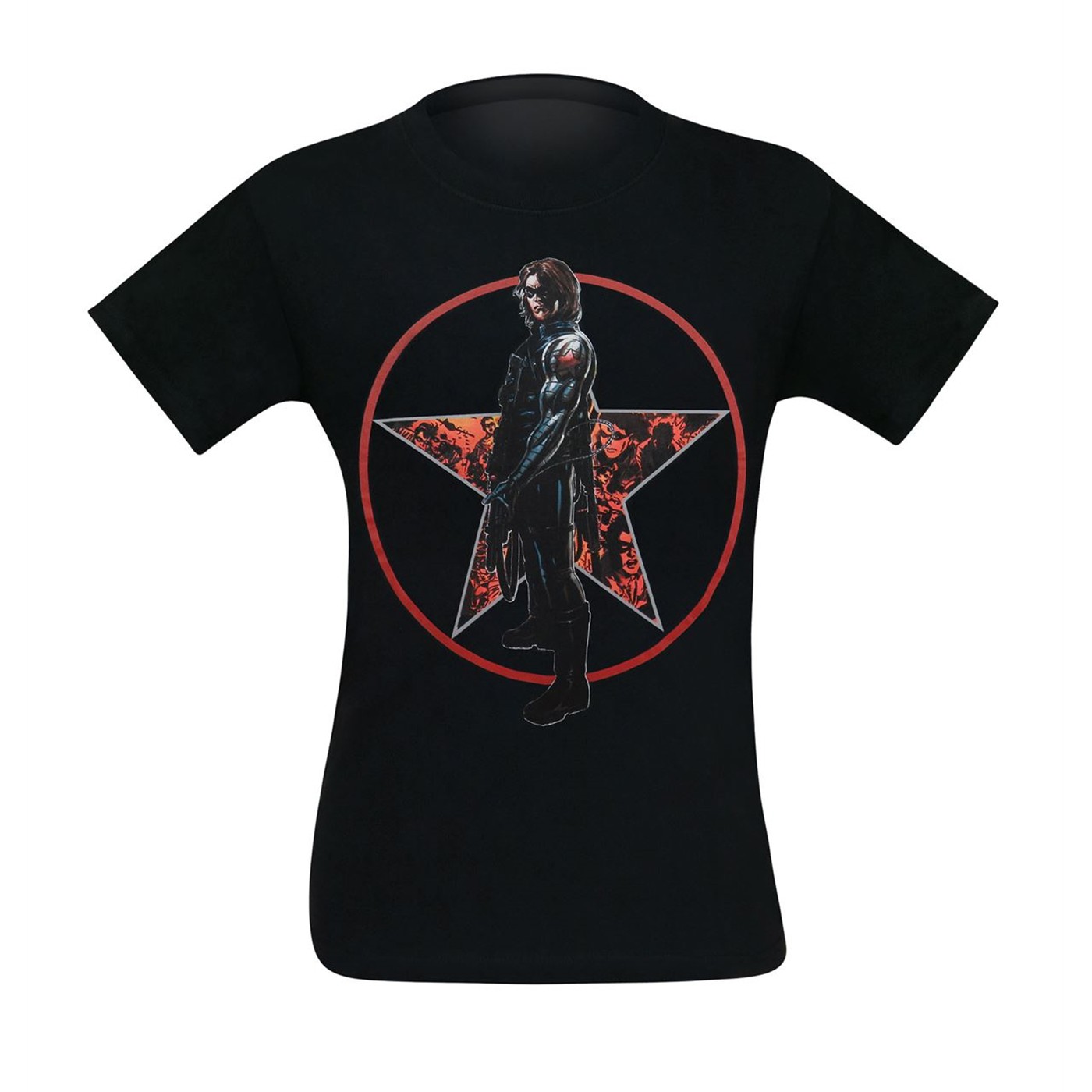 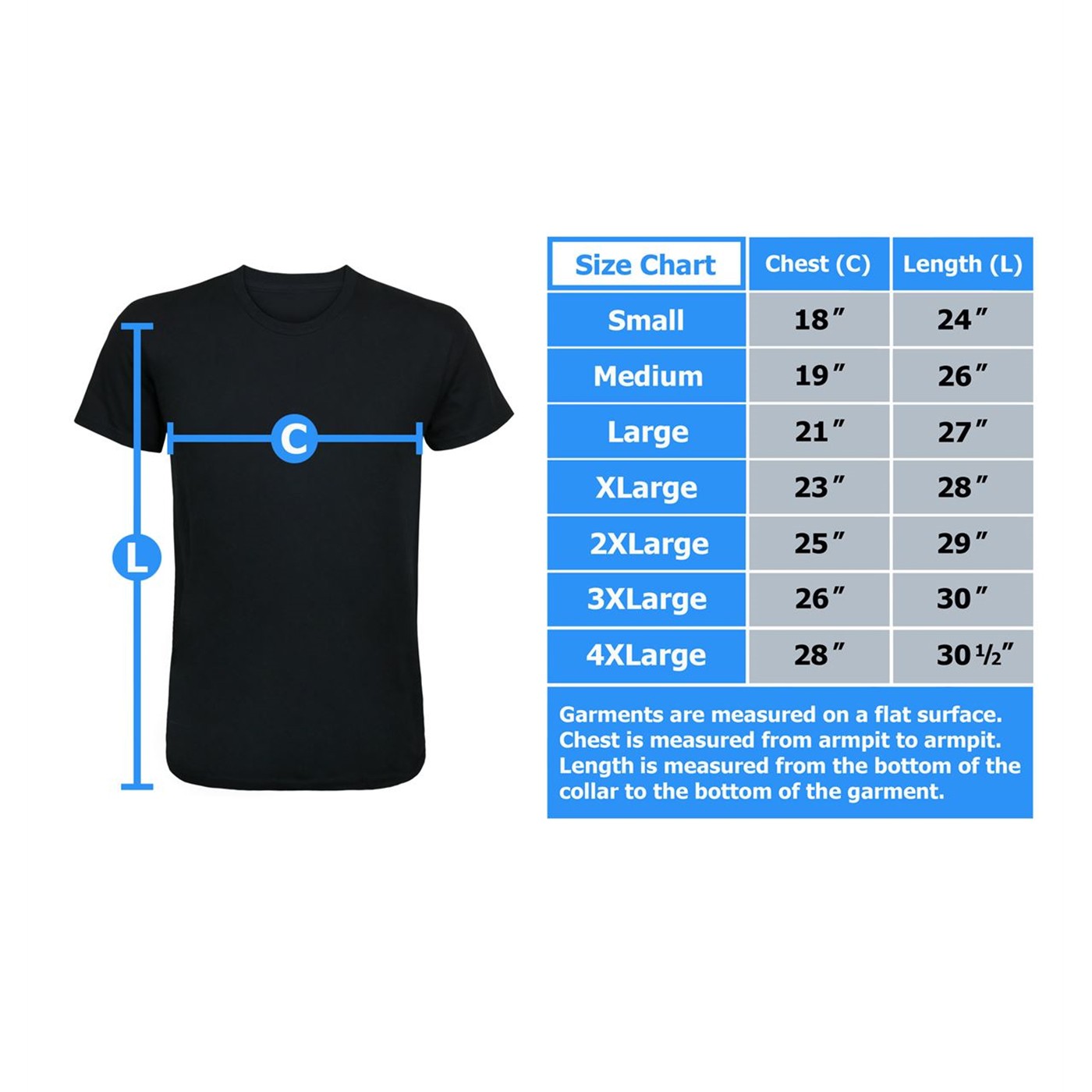 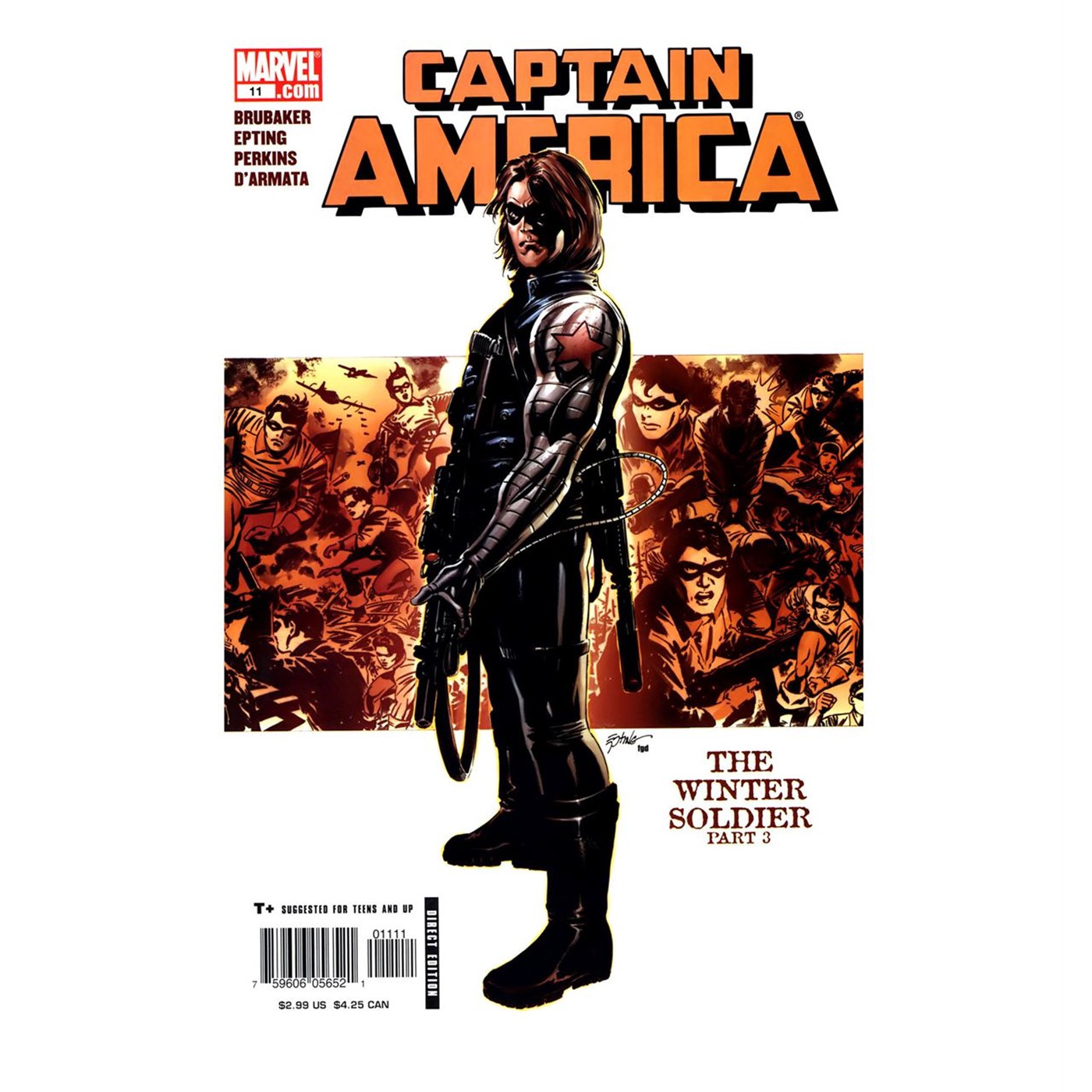 The Winter Soldier Past and Future Men's T-Shirt likes to remind us what it takes to become the Winter Soldier. Sure, he may be a former sidekick to Captain America who became brainwashed and trained to be an assassin but does he have this 100% cotton shirt? Exactly! Wait, where was I going with this? Oh yeah! You'll have a blueprint for what it takes to be Bucky Barnes and/or get a sweet metal arm!

For those of you with a keen eye, this great shirt's image comes to us from Captain America #11 which one can only assume probably involves Captain America and the Winter Soldier playing a super intense game of Skee-Ball. Or was it a game of 'Battleship'? Either way, you should probably have this shirt just in case. My advise anyways!

Synopsis: Here it is, the brand-new-old, no longer subjective history of Bucky Barnes detailing his unwilling transformation into the Winter Soldier!

Yep, he survived that explosion in 1945. His arm didn't, but there was 86.78% of him that was considered salvageable. And, being considered salvageable, he was, in fact, salvaged by Soviet officer Vasily Karpov who scooped him up from the depths of the Atlantic Ocean, replaced that missing arm, and reprogrammed him into an obedient assassin for the Soviet Union.

The Buckster was psychologically enslaved and appointed missions to support the Communist regime during the Cold War. Between missions, Bucky's will was forcefully rendered innocous before being placed into cryogenic stasis until the next mission which, by the way, effectively preserved his youth.

Yep, Cap cried on Sharon's shoulders quite a few times during this particular adventure.

Reviews of Winter Soldier Past and Future Men's T-Shirt

My friend absolutely loves it.