We pride ourselves on having the widest possible selection of superhero merchandise. We carry t-shirts and other products from even the most obscure heroes and villains, so obscure that the guys at Marvel and DC probably forgot they exist. Find another site out there that has more Batman and Superman gear than we do. You can’t. We scour the ends of the earth for this stuff. We have personal relationships with our suppliers, so if there’s a problem, we won’t give you the "runaround." We’ll do our best to let the manufacturer know that your Thor puffy doll has threads coming out of its head or the lead paint flavor of your pint glass doesn’t taste as it should (kidding). We ask all our suppliers to meet current safety standards, so you can be assured that our products are safe and bursting with fruit flavor.

Thanks for shopping at SuperHeroStuff.com. If you have any comments or suggestions or if you just want to complain about your job or next door neighbor, feel free to let us know and we’ll do anything we can to help. Try giving that grump next door a Green Lantern light-up ring and see if that puts a smile on his face? 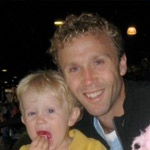 Jon Belzer
CEO/Owner
Jon is the CEO and majority owner of the company. Having graduated top of his class with an emphasis in insane spreadsheet analyses, quantum number crunching and advanced negotiations, Jon brought his MBA/CPA venture capital skills to SuperHeroStuff.com in 2007 when he orchestrated a deal to acquire the website. He had a vision for SuperHeroStuff that it could become the de facto online retail store for comic book enthusiasts and possibly even make money for its owners (go figure). Jon’s many business savvy skills include out-of-the-box thinking, an immovable and adamant belief that workers should work because they like to and they should be thankful they have a place to go for 10 hours out of the day, his ability to negotiate special deals with vendors, and the impressive capacity to say, “the check is in the mail,” with a straight face.

Jon has an undergraduate degree in Accounting from Gonzaga University and a MBA from The Anderson School at UCLA. When he’s not working, he’s working. He has four small kids.
Favorite Hero: Superman 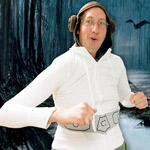 Brian Welch
Owner/
Head of Operations
Brian is a co-owner of the company and heads up the operations at our secret headquarters in Sinking Spring...oh shoot, guess the secrets out. He keeps the business on track by ensuring the warehouse doesn’t explode and the employees don’t riot.

When Brian isn’t running around the office kicking chairs, knocking things over and demanding to be called He Who Knoweth, he enjoys brewing his own beer, making his own cheese and raising his flock of chickens. He is also at least 3 issues behind on every comic he reads, so if you see him in public please try and spoil everything for him.
Favorite Hero: The Leaper 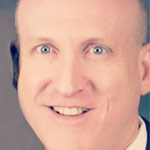 Jim Davidson
Director of Software Development
Jim is the Director of all things virtual – just think the Sorcerer’s Apprentice but with 1’s and 0’s instead of brooms (you are hearing the music in your head aren’t you). Jim and his staff attempt to herd the cats of our software from backend systems to our website and all the tools we use to deliver your superhero stuff as fast as possible – mostly this means cringing every time someone says “wouldn’t it be cool if..."
When Jim isn’t pondering 4th normal forms of database tables he is sweating profusely in 105 degree, 75% humidity hot yoga or hiking a Colorado mountain. Jim has degrees in mathematics, education and theology and of course superheroes.
Favorite Hero: Green Arrow 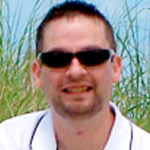 Andy Hollinger
Catalog Manager
Andy is SuperHeroStuff.com’s very own Catalog Manager. He makes sure that everything that all the products on our websites are complete with quality photos and accurate, informative descriptions. He personally takes all the pictures of our products and Photoshops them and makes sure all the items are properly categorized in the database and beats the living h*&% out anyone who inputs information incorrectly, like labeling a superhero Marvel t-shirt as a Dr. Seuss item. The database/inventory accountability role is incredibly important and we’re lucky to have Andy around to ensure consistency with our pictures and product information. Andy is one of our hardest workers. His goal is to break his 16 hour record from last Black Friday.

In his off time, Andy is an expert bike mechanic and avid mountain biker. He loves Disc Golf and hates bears. He plans on working with SuperHeroStuff.com until he retires. Andy also likes to collect Marvel Bowen busts and loves superhero and action movies, especially those made by Quentin Tarantino.
Favorite Hero: Captain Marvel (Genis-Vell) 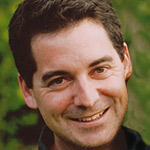 Eric Frost
Wholesale Manager
Eric has been with the company since April 2012. His responsibilities include managing our wholesale merchandise program, developing licensing and artist relations, and working with our vendors to create unique merchandise for our three major lines of business (online, conventions, wholesale). Prior to SuperHeroStuff, Eric spent 14 years in the licensed merchandise industry as sales consultant to retail stores. His client list included all sizes and types of retail stores, from small independent boutiques to international chain stores like Zumiez, Sears Canada, Marks Work Wearhouse and HMV. When Eric’s not glued to his phone or keyboard, he pursues his other passions: back country hiking, snowboarding and cycling.
Favorite Hero: Spider-Man 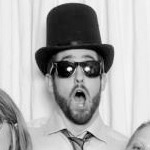 Jake Troxell
Marketing Manager
Jake strives to get the right products in front of the right people at the right time (without being too annoying.) He has his B.A. in Advertising from Temple University. When he’s not basking in the warm glow of a computer monitor, you can find Jake skateboarding, illustrating indie comic books, enjoying mexican food, or calling Hollywood to find out why Ghost Rider 3 hasn’t gone into production yet.
Favorite Hero: Spider-Man 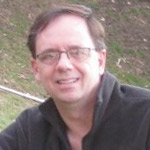 Ned Butz
Warehouse Manager
Ned is constantly reinventing our warehouse to be more efficient so that on days when we get a million orders, yours will still make it out the door in time. When Ned isn't being the bossman out in the warehouse, he enjoys throwing darts, craft beers and coaching baseball.
Favorite Hero: Batman 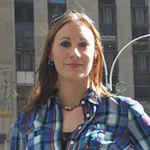 Danielle Deihm
Customer Service Manager
Danielle is our lead Customer Service gal. If there is an angry, calcitrant, obnoxious customer from hell, Dainelle is able to talk him or her off the ledge with her self-taught communication skills of unsurpassed quality. She can literally handle anything thrown at her… including the lonely guys out there who send her stuff in the mail and call up once a week, refusing to talk to anyone but Danielle, asking the most pedantic, contrived questions just to say they talked to a cute girl that week. We would be completely lost without Danielle.
Favorite Hero: Black Widow