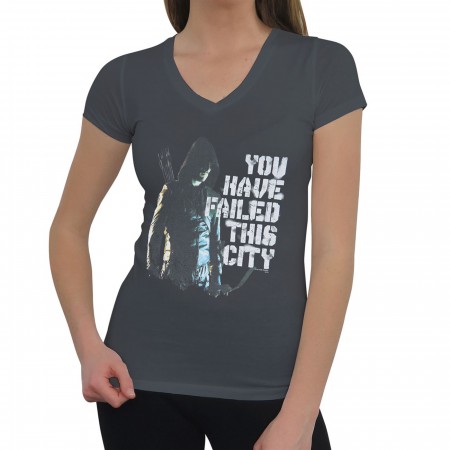 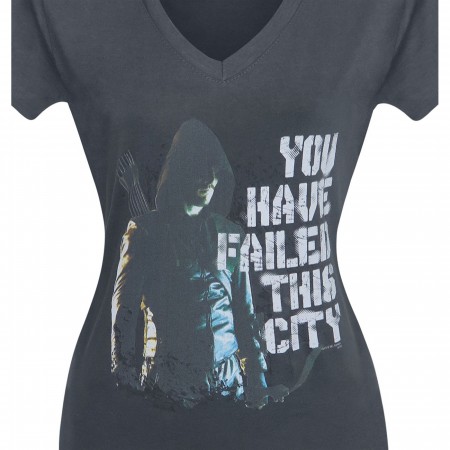 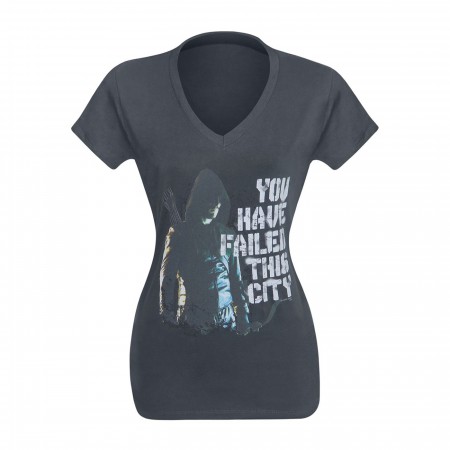 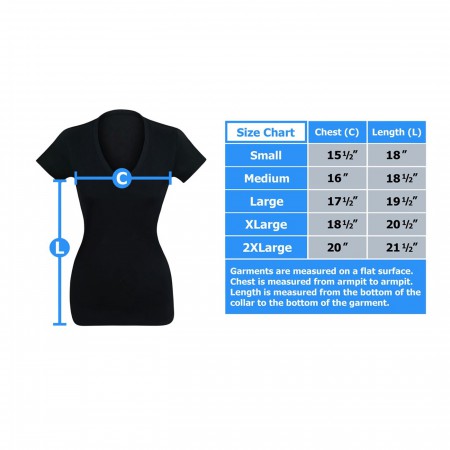 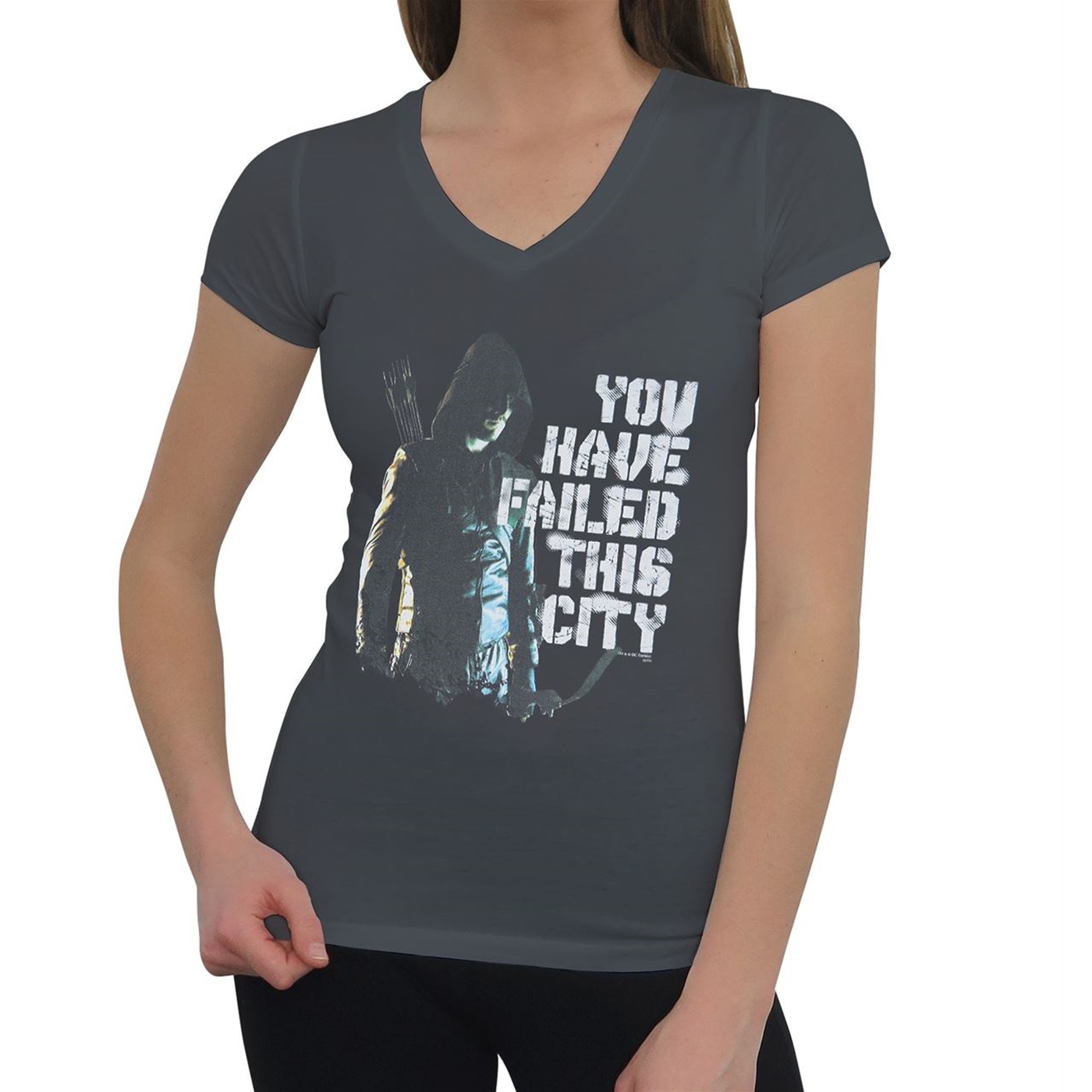 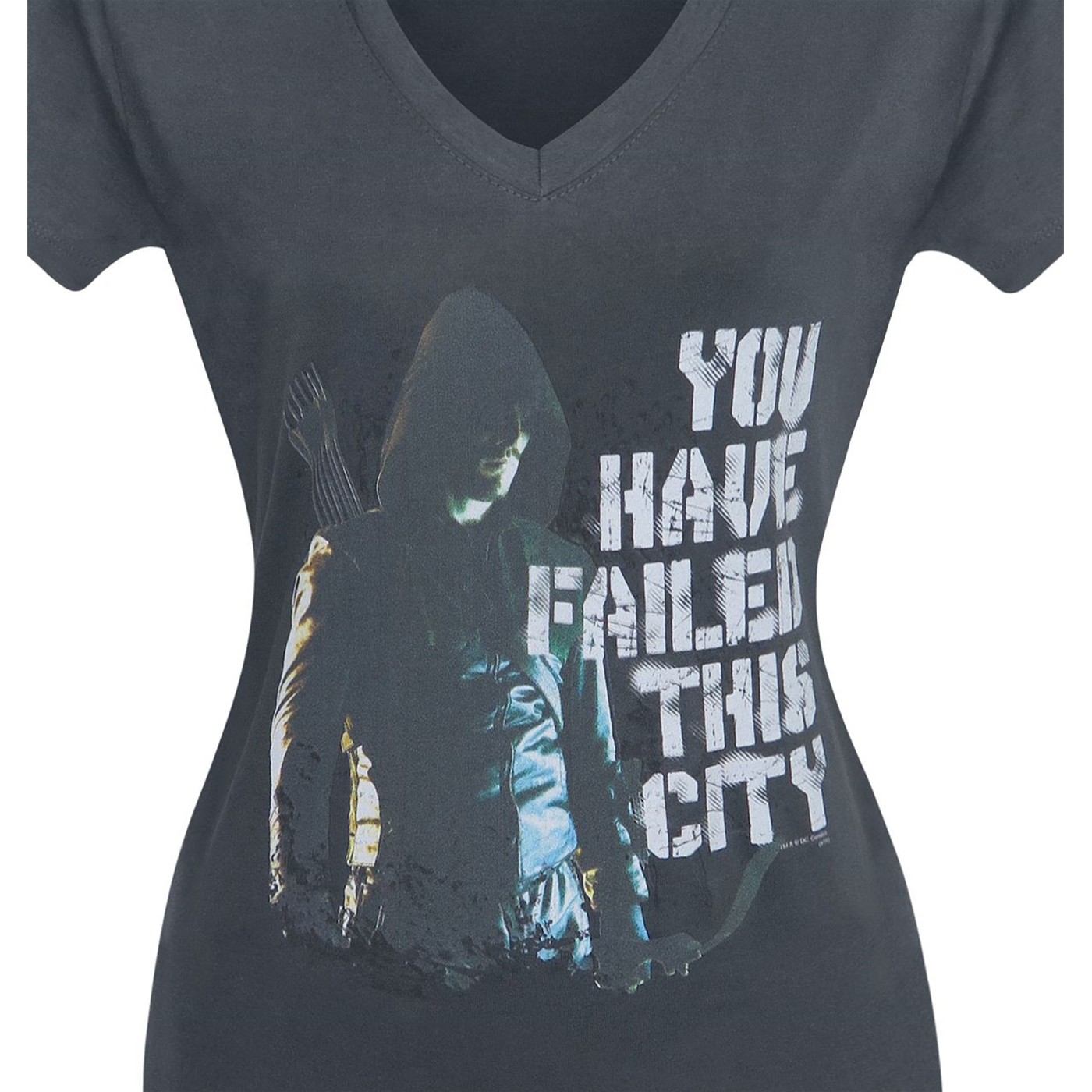 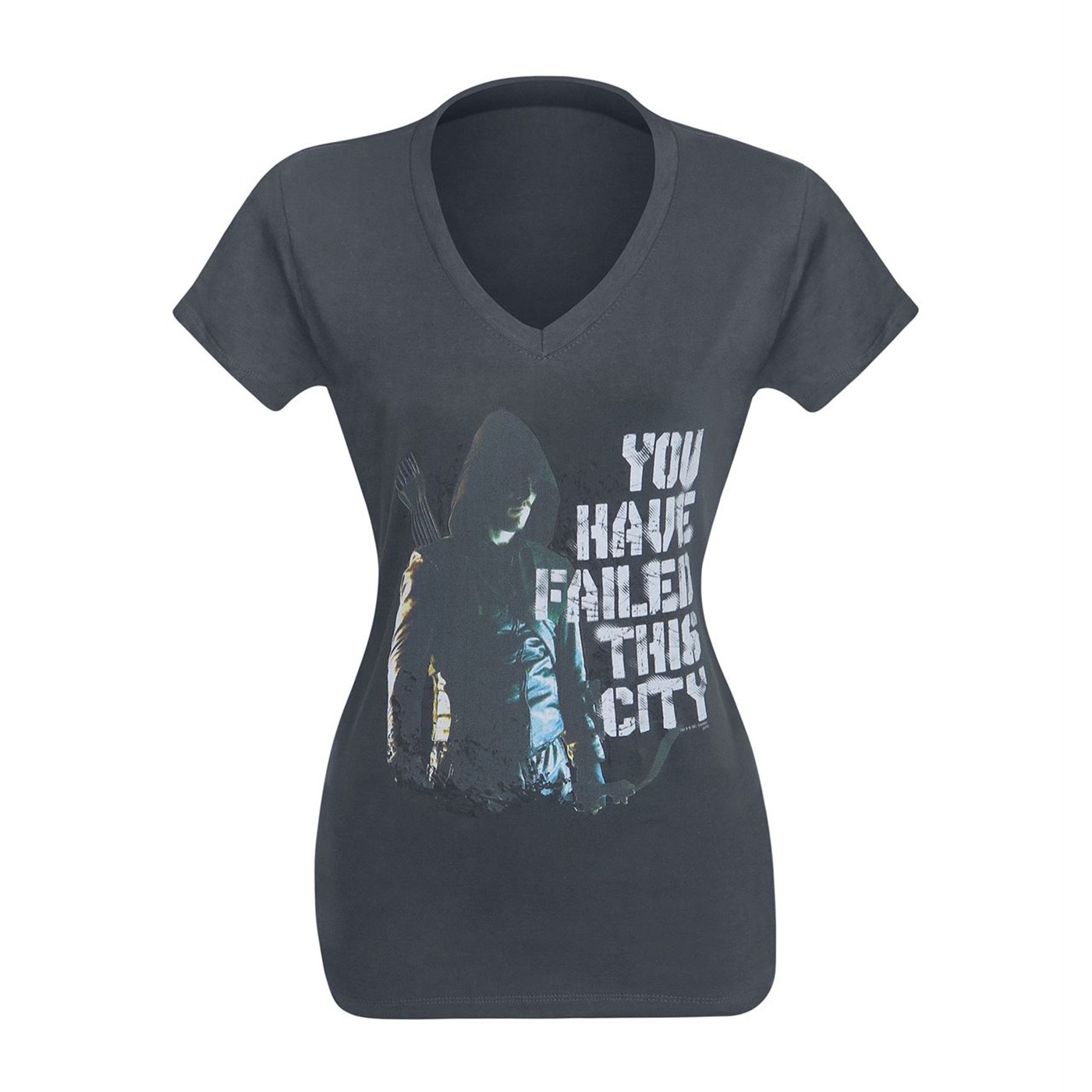 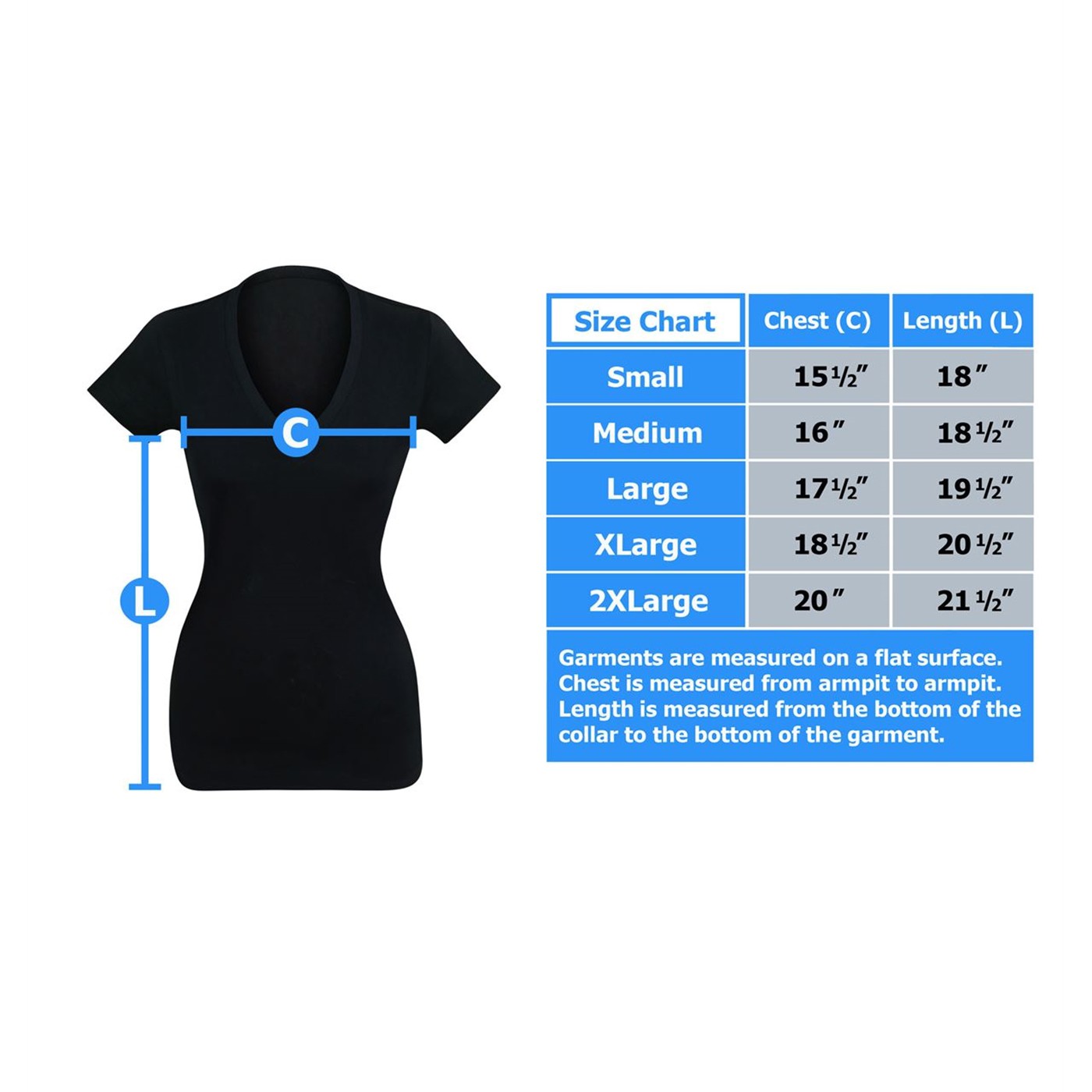 You know what happens next, right?

After Starling City's self-proclaimed -- and obviously a little too violent -- protector crashed through a window and crippled you with a boxing glove arrow, he said the following ominous words right before you blacked out:

"YOU HAVE FAILED THIS CITY."

And he's right -- you're a corrupt politician working with the League of Assassins to benefit financially from Starling's working poor. Well, that ends today. Forever, probably.

Made from 100% cotton, this gray 'Arrow' t-shirt for women features Green Arrow bathed in shadow, standing stoically next to those famous last words.

Yeah, Batman is terrifying, but he'll eventually stop punching you when you beg for mercy.

T-shirt is well made and reminds you to always be the best you can be, otherwise Oliver will get you