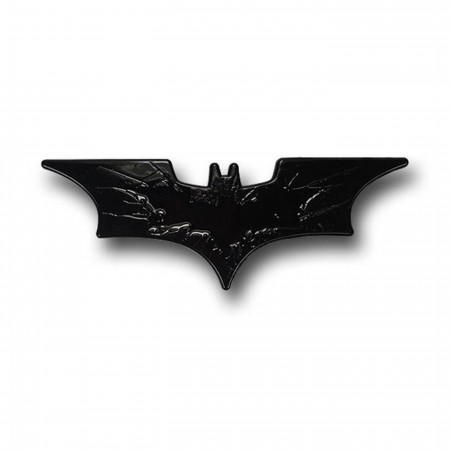 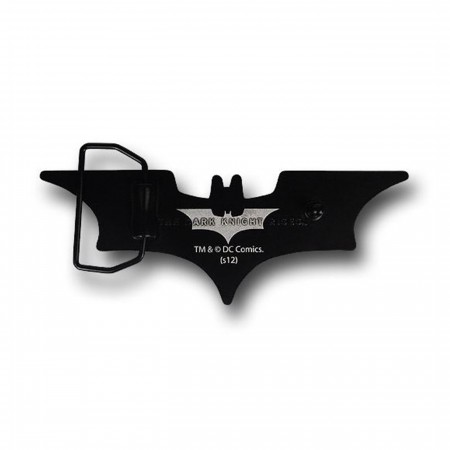 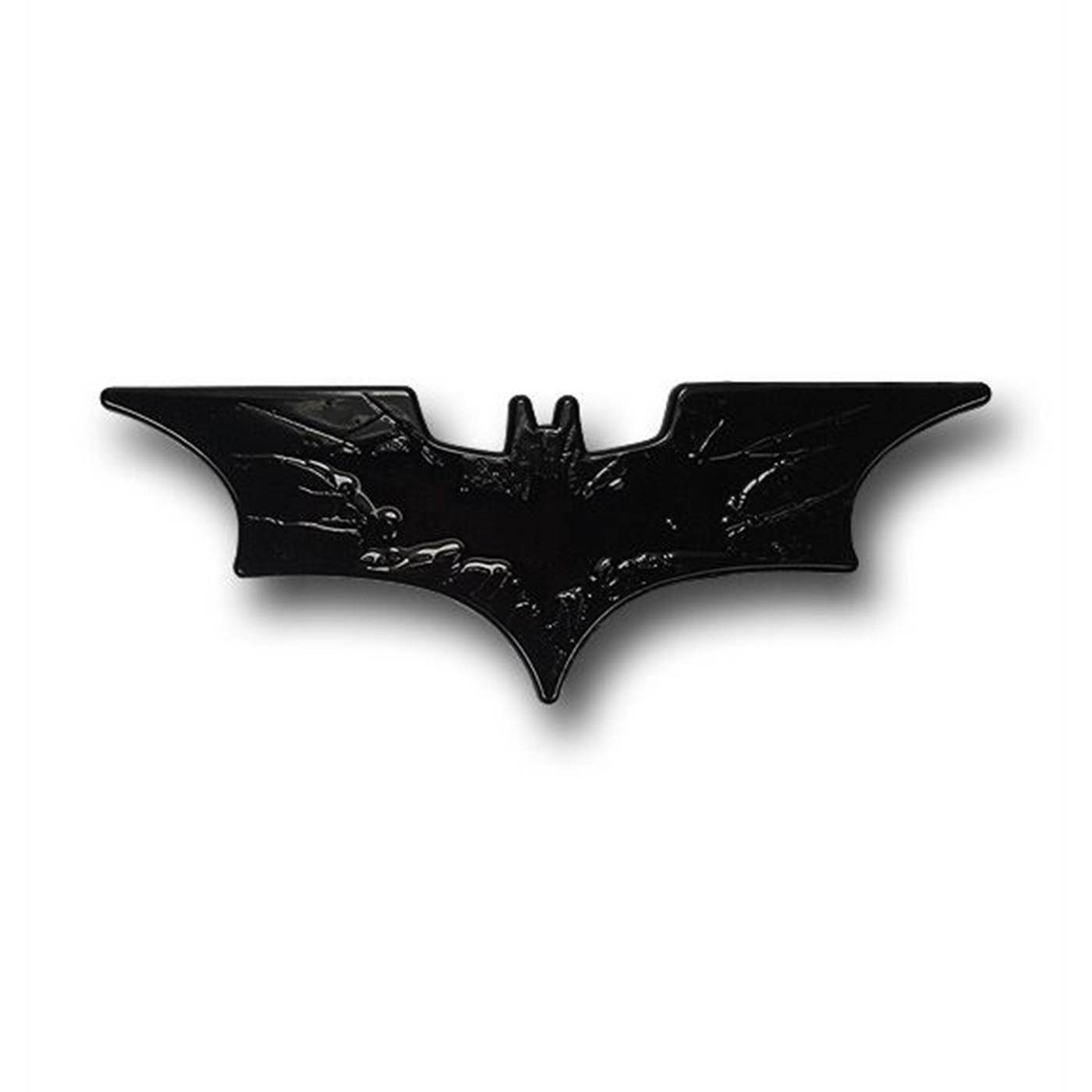 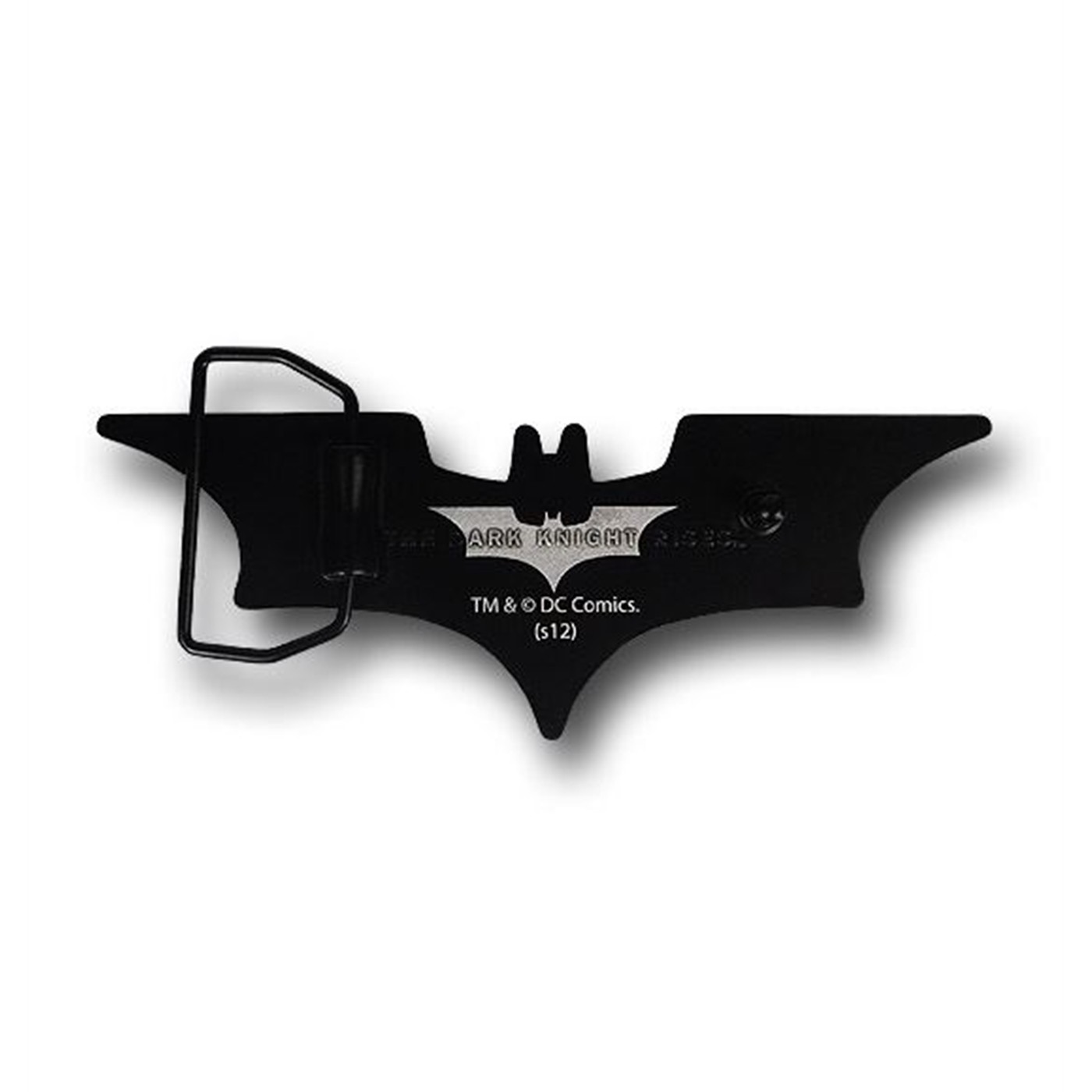 Measuring 6" across (from wingtip to wingtip) and 2.25" high, this black, metallic belt buckle is rendered in the shape of Batman's symbol, taken from the third film in Christopher Nolan' Batman trilogy, The Dark Knight Rises! And look; within the symbol, slightly indented, is the particularly stressed, cracked and weathered Batsymbol formed from the peaks of a crumbling, Gotham cityscape in many a Dark Knight Rises advertisement. Yup. Anyway, yeah, Batman's going to have a tough time of it. Really, I'm not in any rush to see anyone's spine....inverted.

I think it is a great gift for someone as i personal would by this for myself. It all shows sense of individuality :)

Very good quality. Good weight to it so it doesn't feel cheap! I bought this for my husband and he can't stop talking about it. Total recommendation for the batman fan!

This belt buckle is awesome but rather long so might need to get another hole punched in your belt.

This is a good belt buckle, its a bit long, but that's ok cause it looks awesome!, it goes really well with a white belt.

The buckle is very nice, well made and very pretty, but you put it in a black belt, she points out .. Must be a different color belt ....

This is a nice item to add to your buckle collection if your a dark knight fan.

Submitted 7 years ago
My Shopping Cart
×