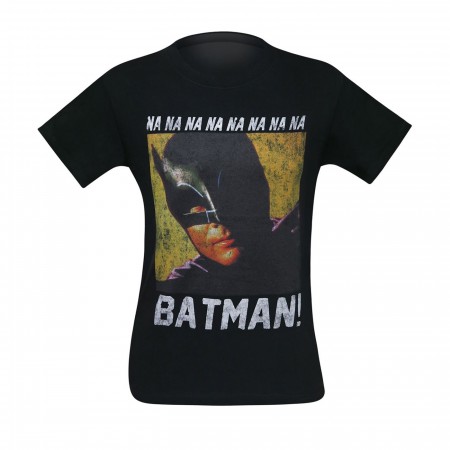 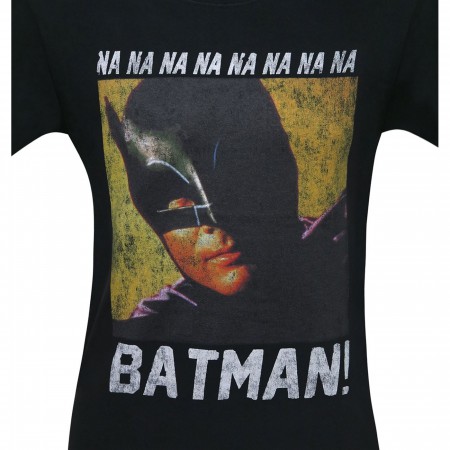 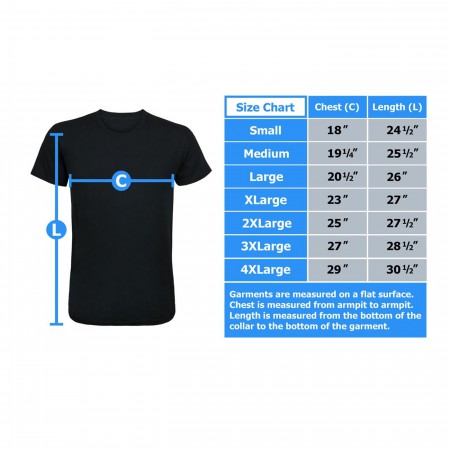 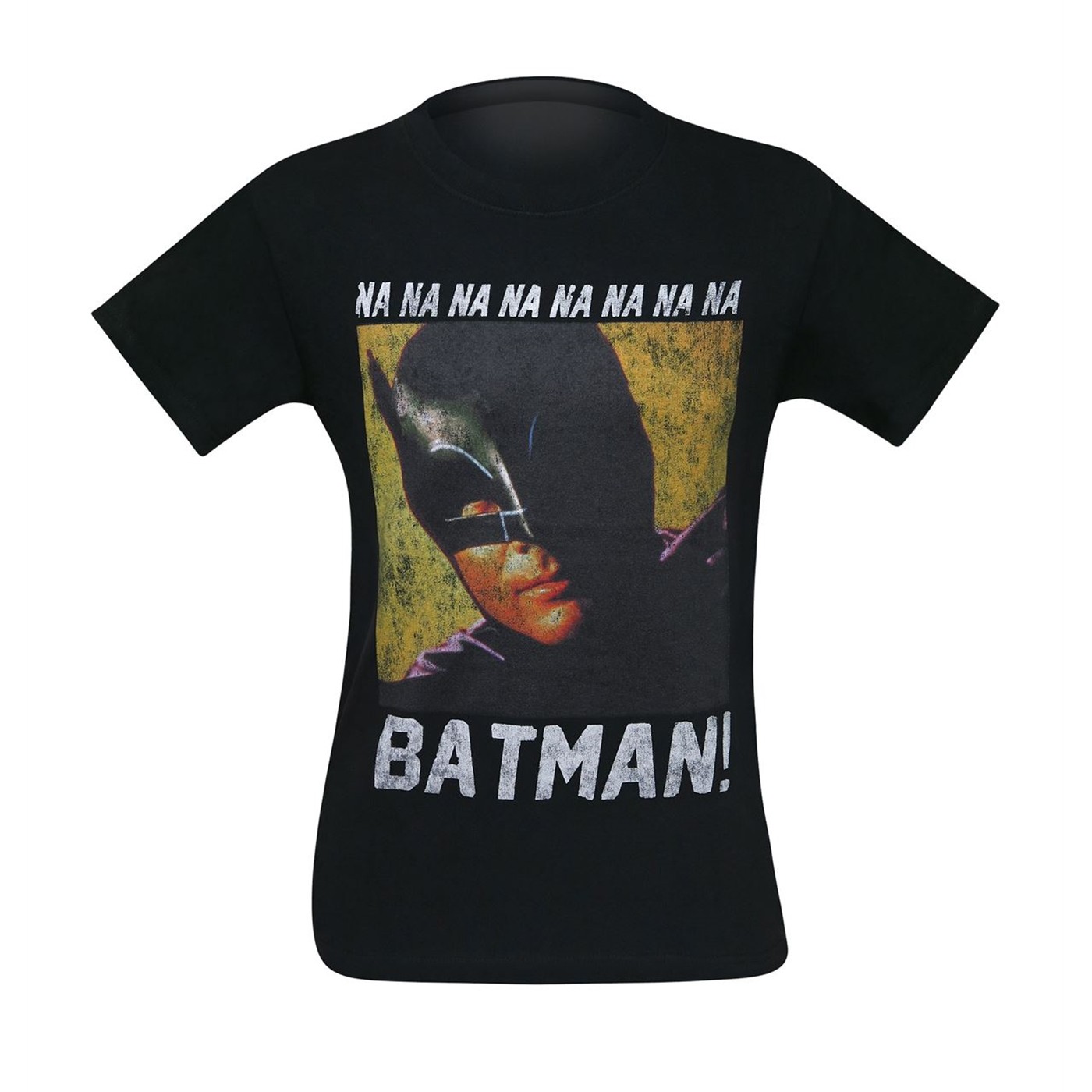 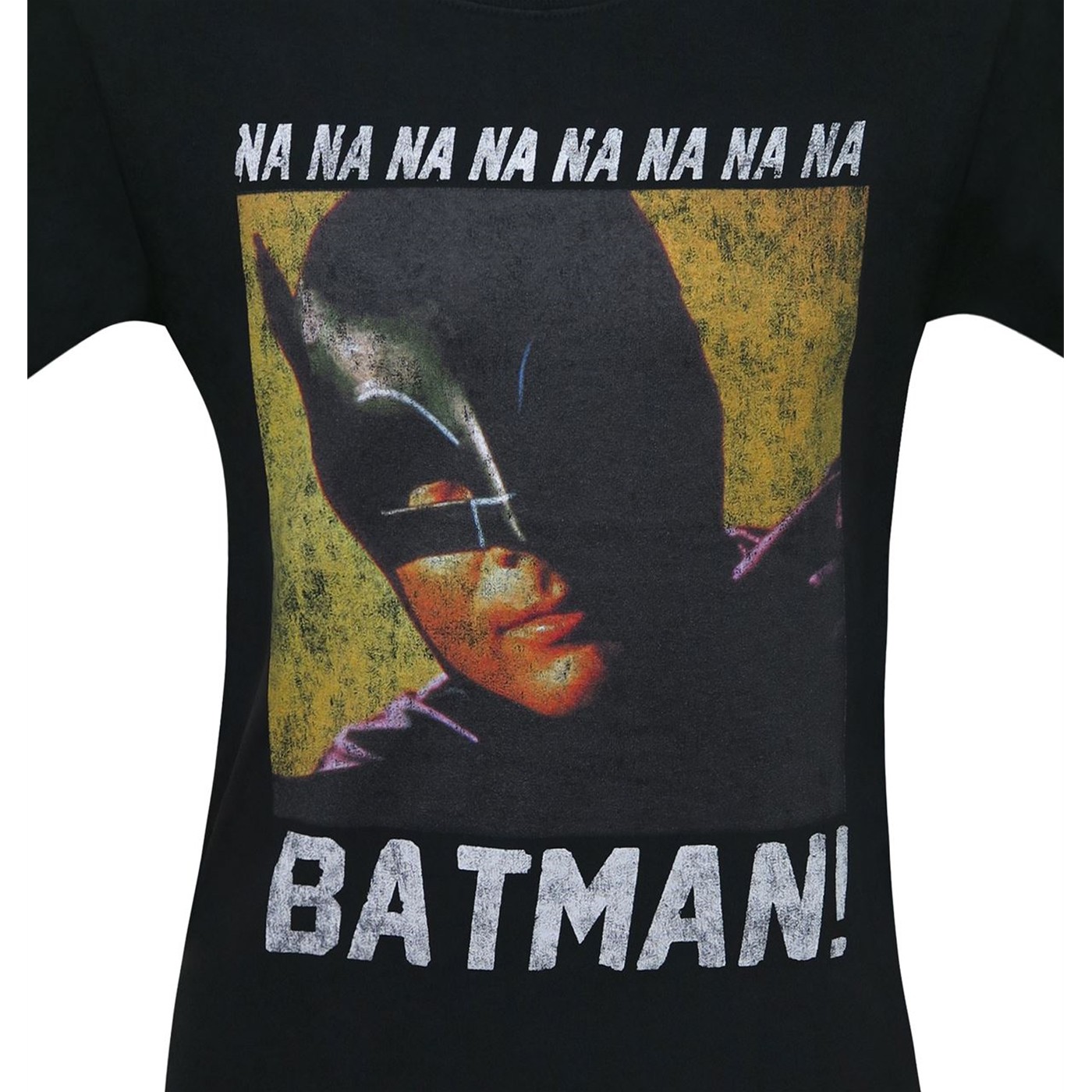 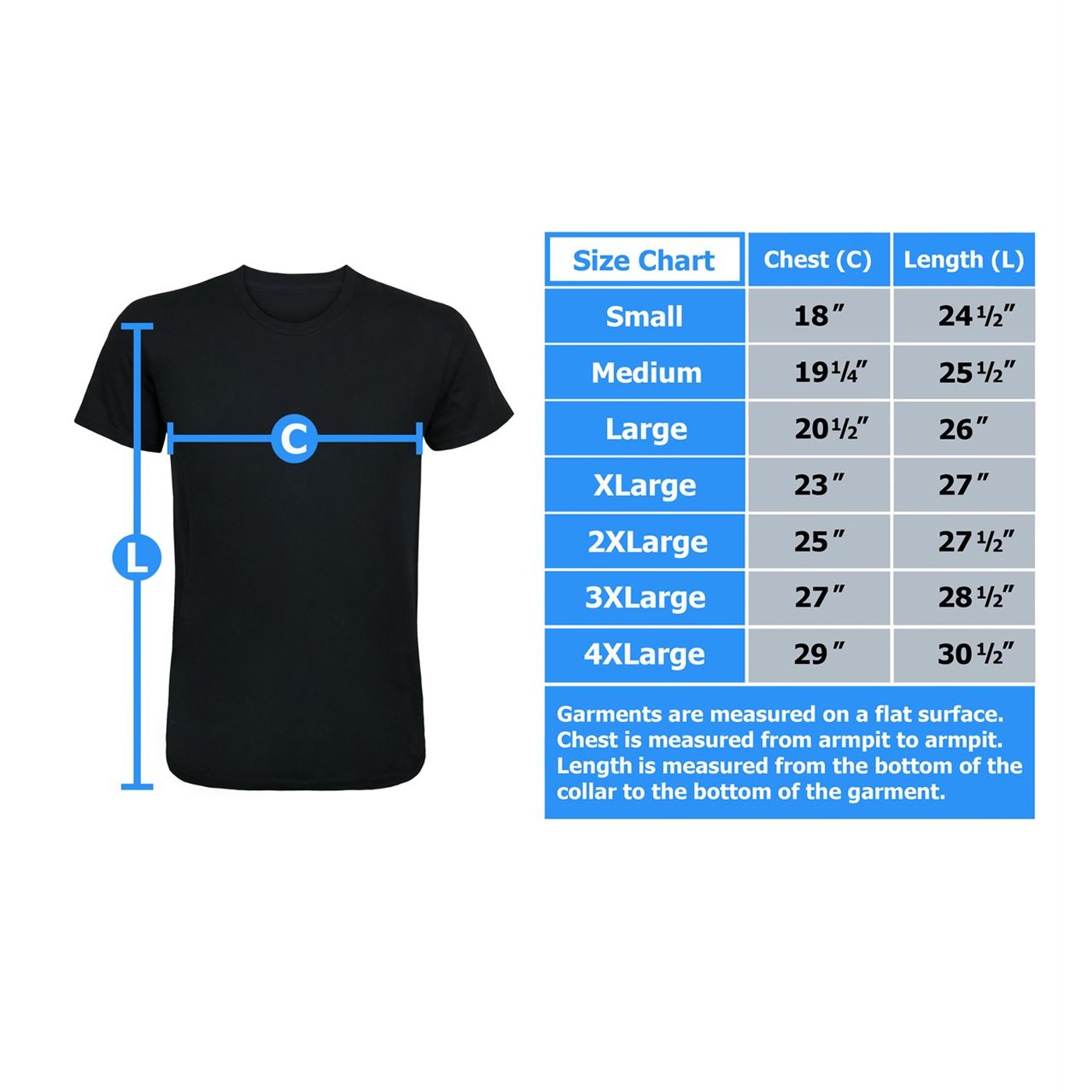 It's stuck in your head now, isn't it?

That subversive, teasing, nagging Batman theme from the hit CBS series that was a "hit" for all the wrong reasons?

Did we get a dark and brooding Batman driven by the deaths of his parents when the Batman TV series debuted in 1966? No, no we did not.

Did we get a gloriously melodramatic Adam West in plastic cape and cowl reaching for Bat-soup in the Bat-thermos while hovering merrily along in the Bat-hot-air-balloon? Yes. Yes, we did.

Made from 100% cotton, our Adam West Batman NA NA NA Tribute Men's T-Shirt celebrates the dramatic, knobby-kneed Batman with a photographic image saturated in the colors of a top-of-the-line Magnavox television.

Yep, this Adam West Batman t-shirt for men sings the first part -- the rest is up to you.

This shirt is perfect for my hubby - arrived earlier than expected!