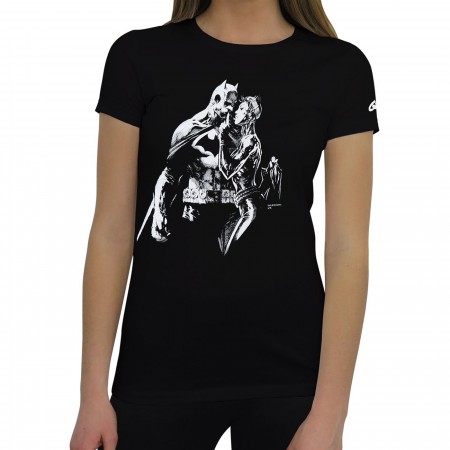 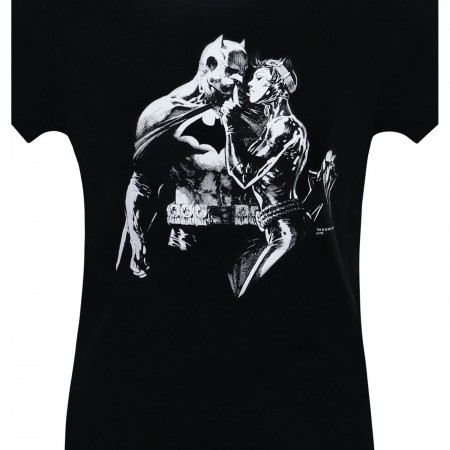 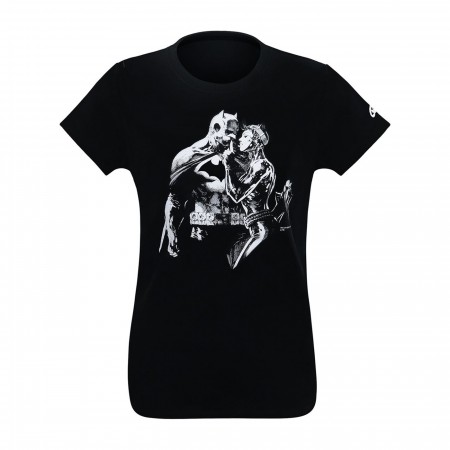 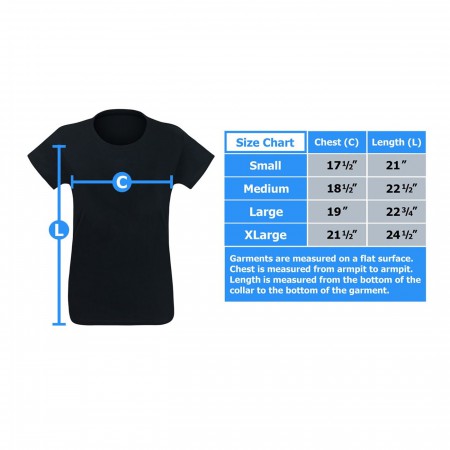 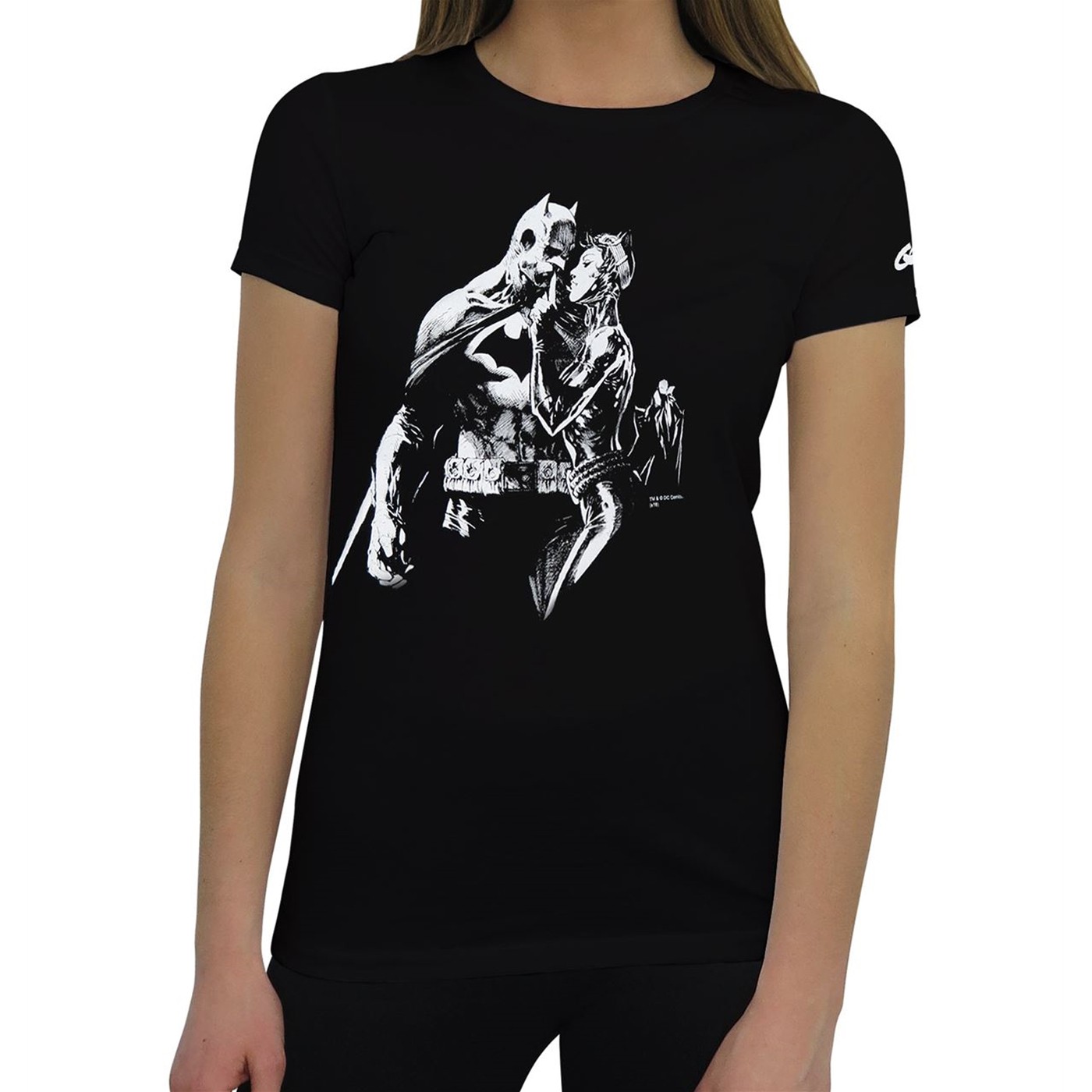 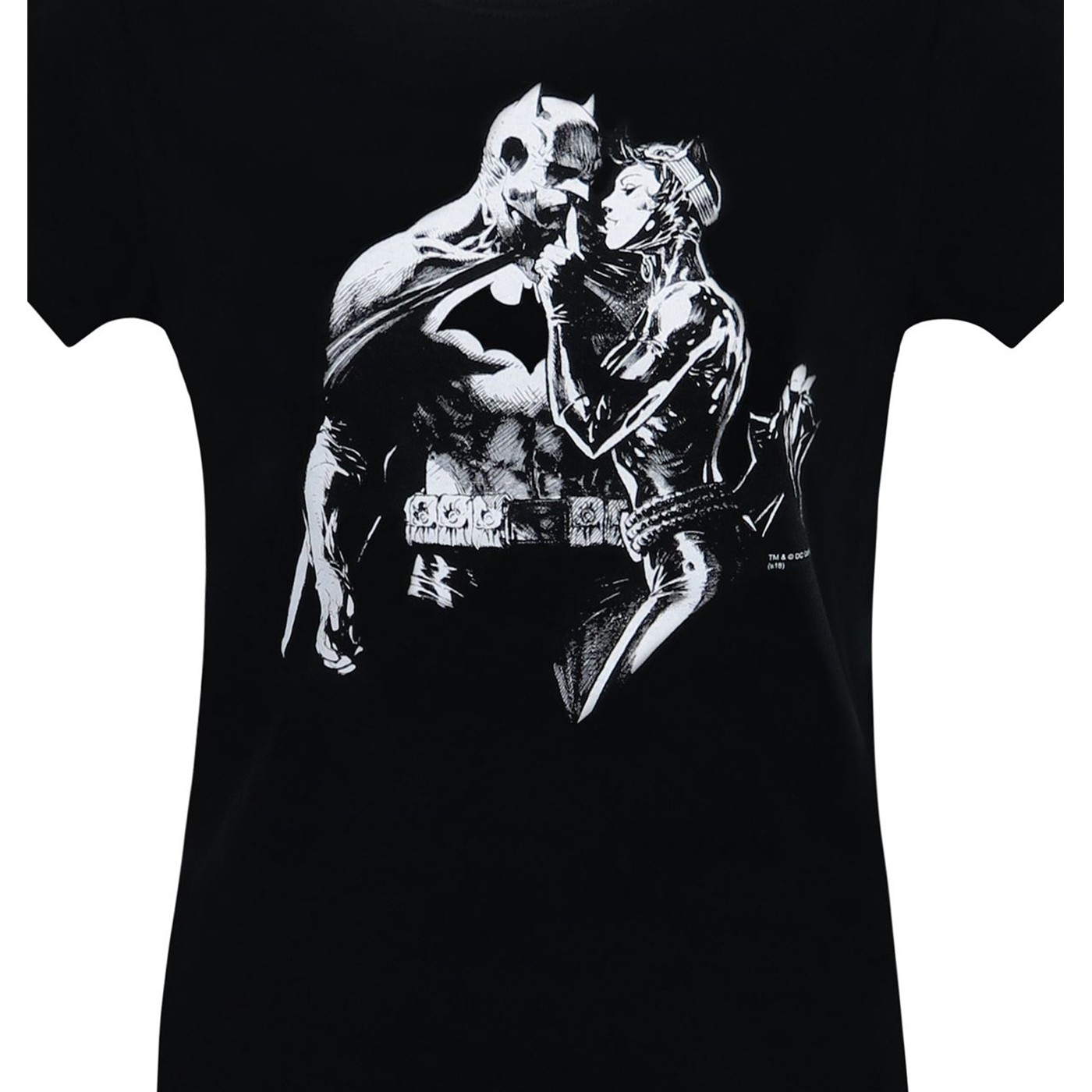 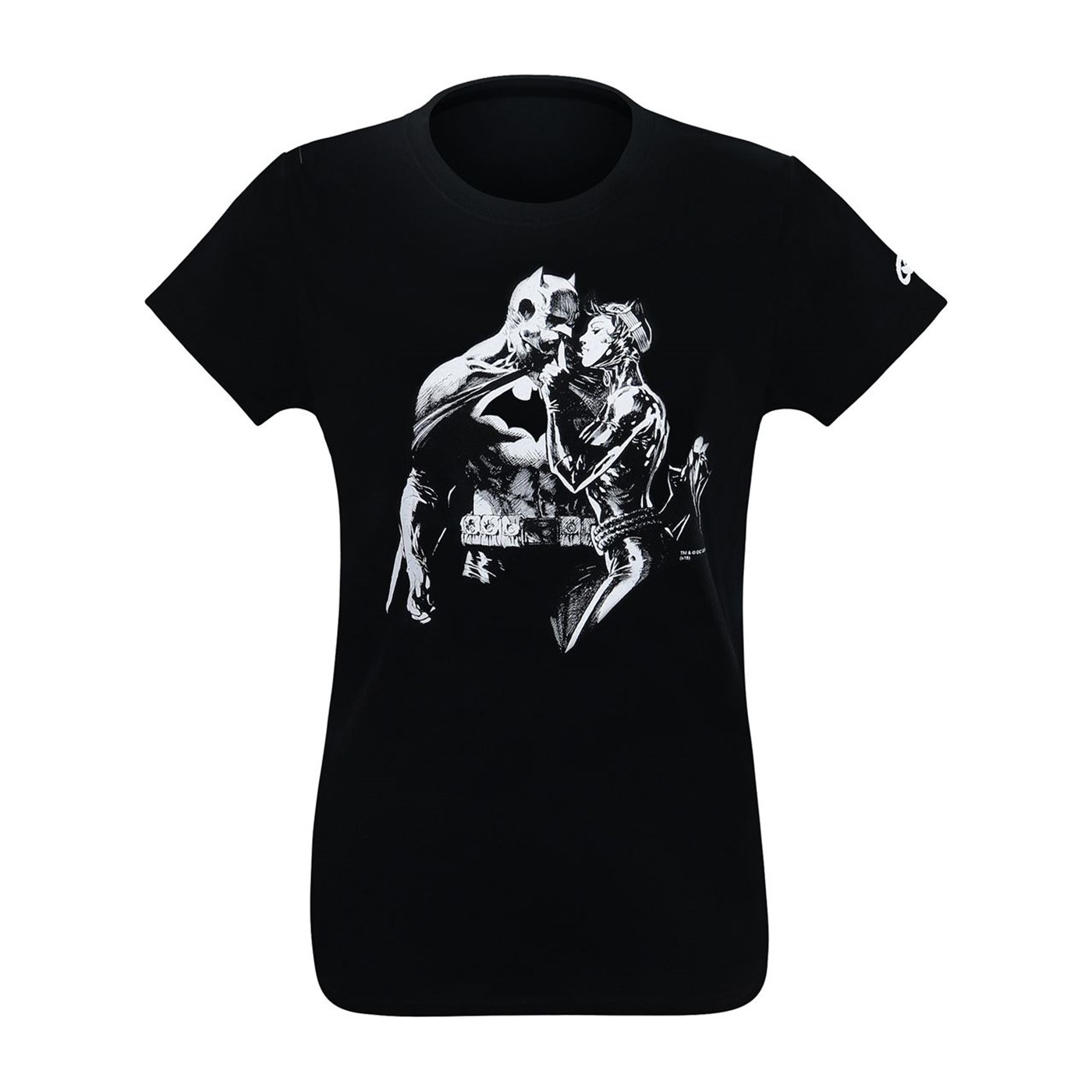 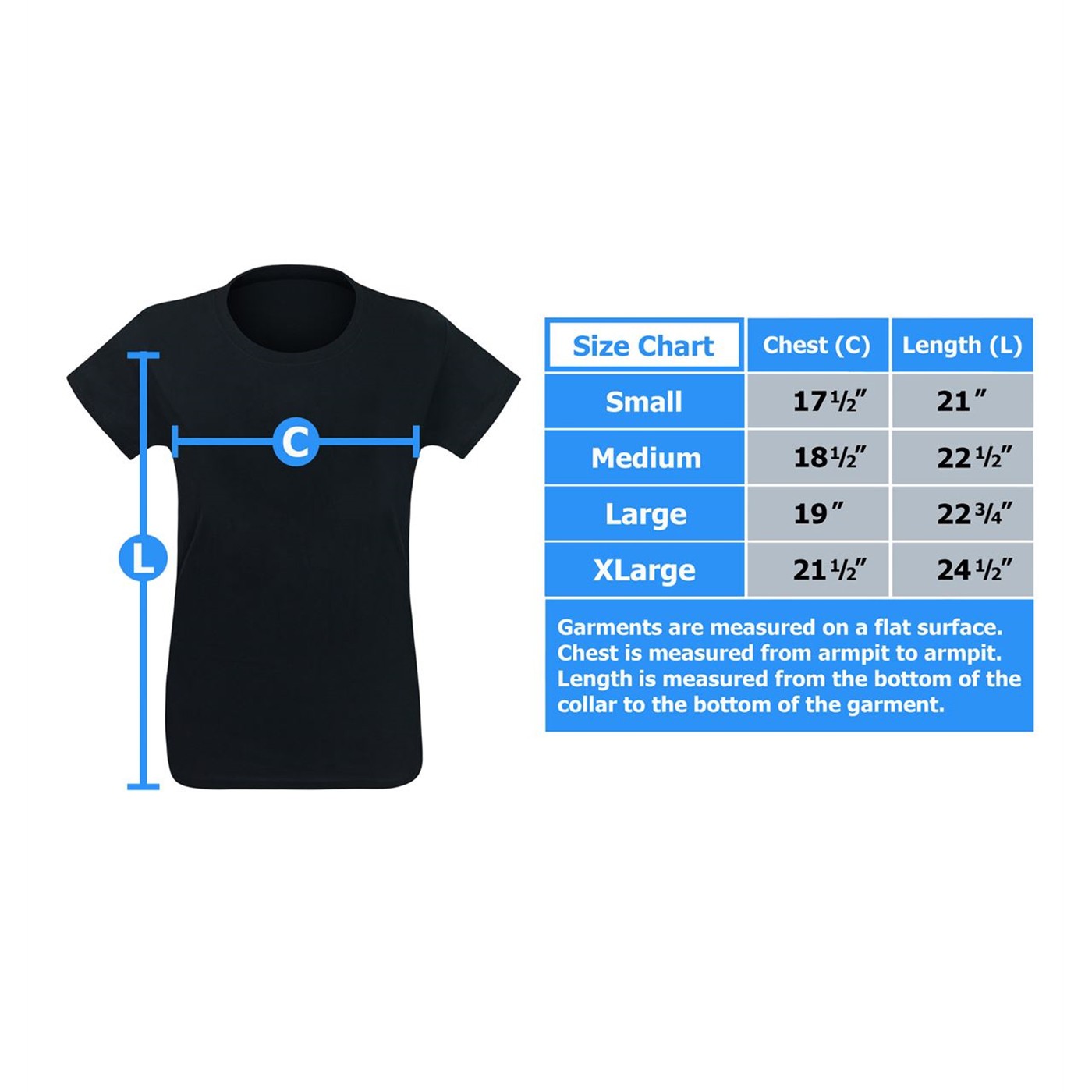 And that, my friends, explains the hot/cold, romantic/professional, morally confusing relationship shared by Batman and Catwoman.

And this tumultuous relationship was regularly on display in the historic Batman story penned by Jeph Loeb and illustrated by Jim Lee -- 2002's "HUSH."

Made from 100% cotton, this black Batman and Catwoman t-shirt for women features art by the very artist responsible for drawing the hell out of  "Batman: Hush" -- Jim Lee.

But this isn't your average "Hush"-inspired image by Jim Lee. This image of the moderately entangled 'Bat and Cat' adorns the collected "Batman: HUSH" Anniversary Deluxe Edition!