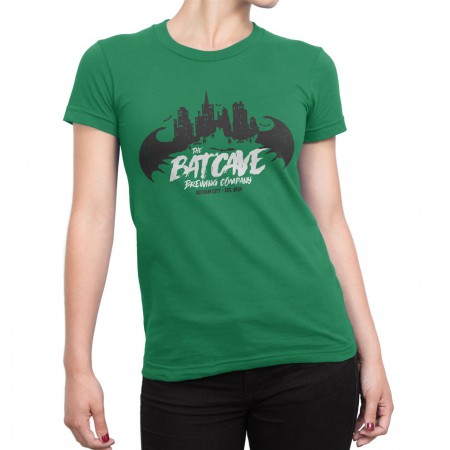 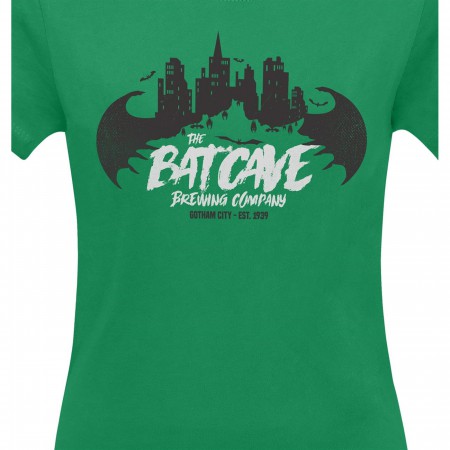 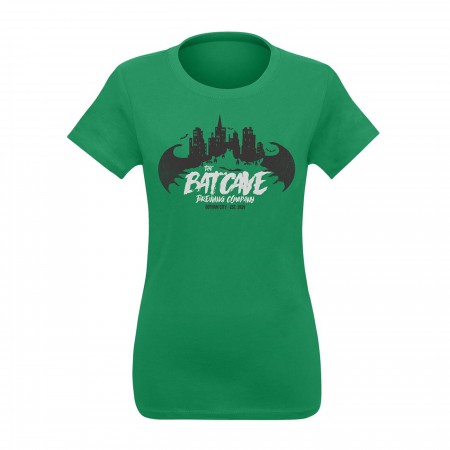 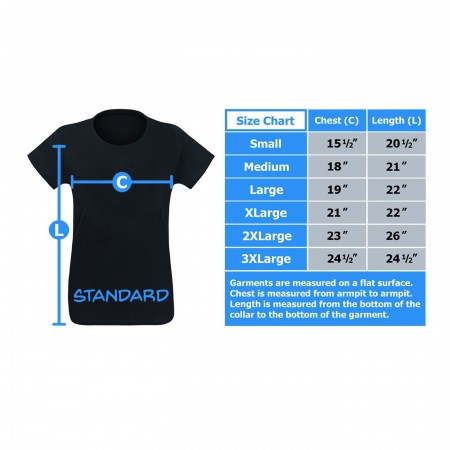 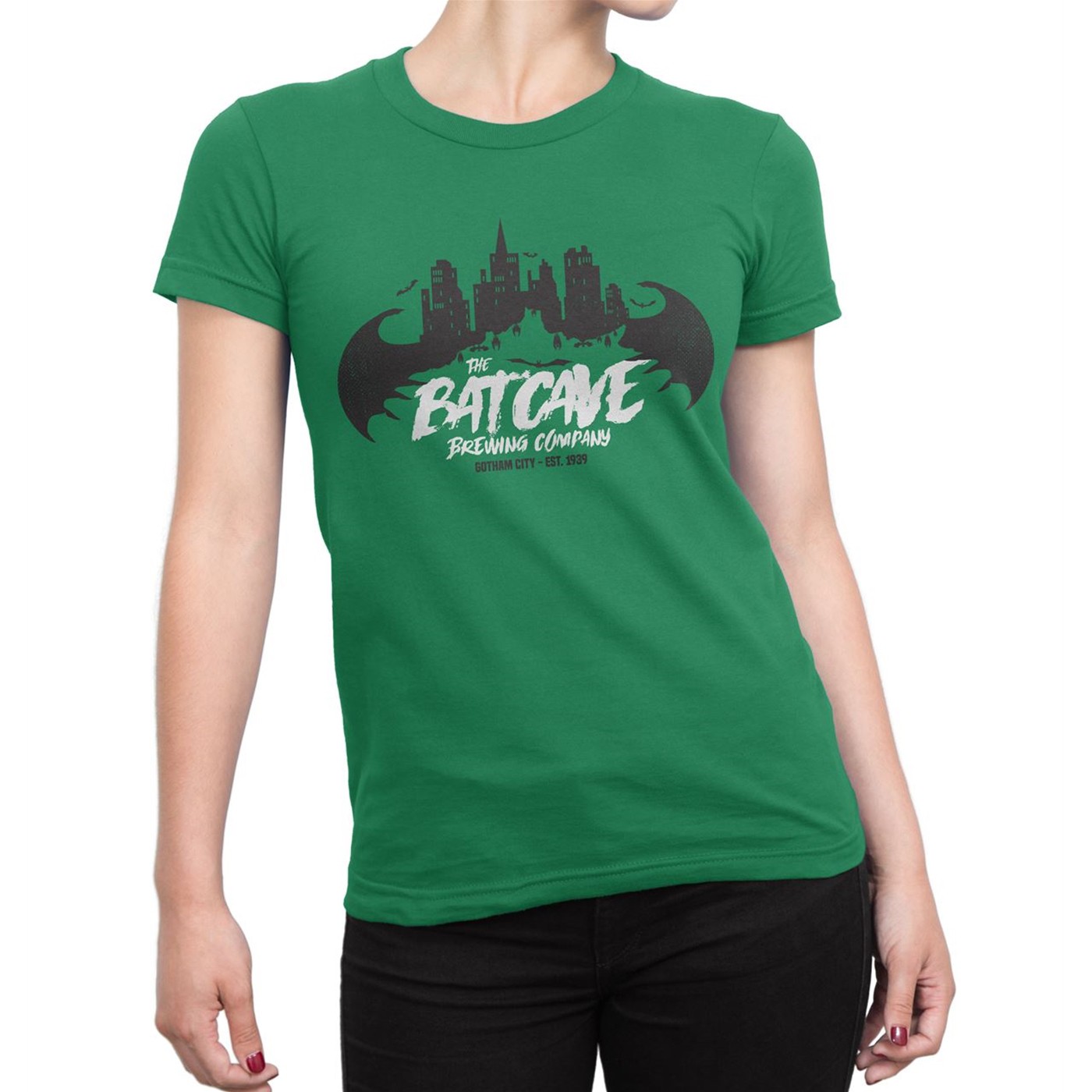 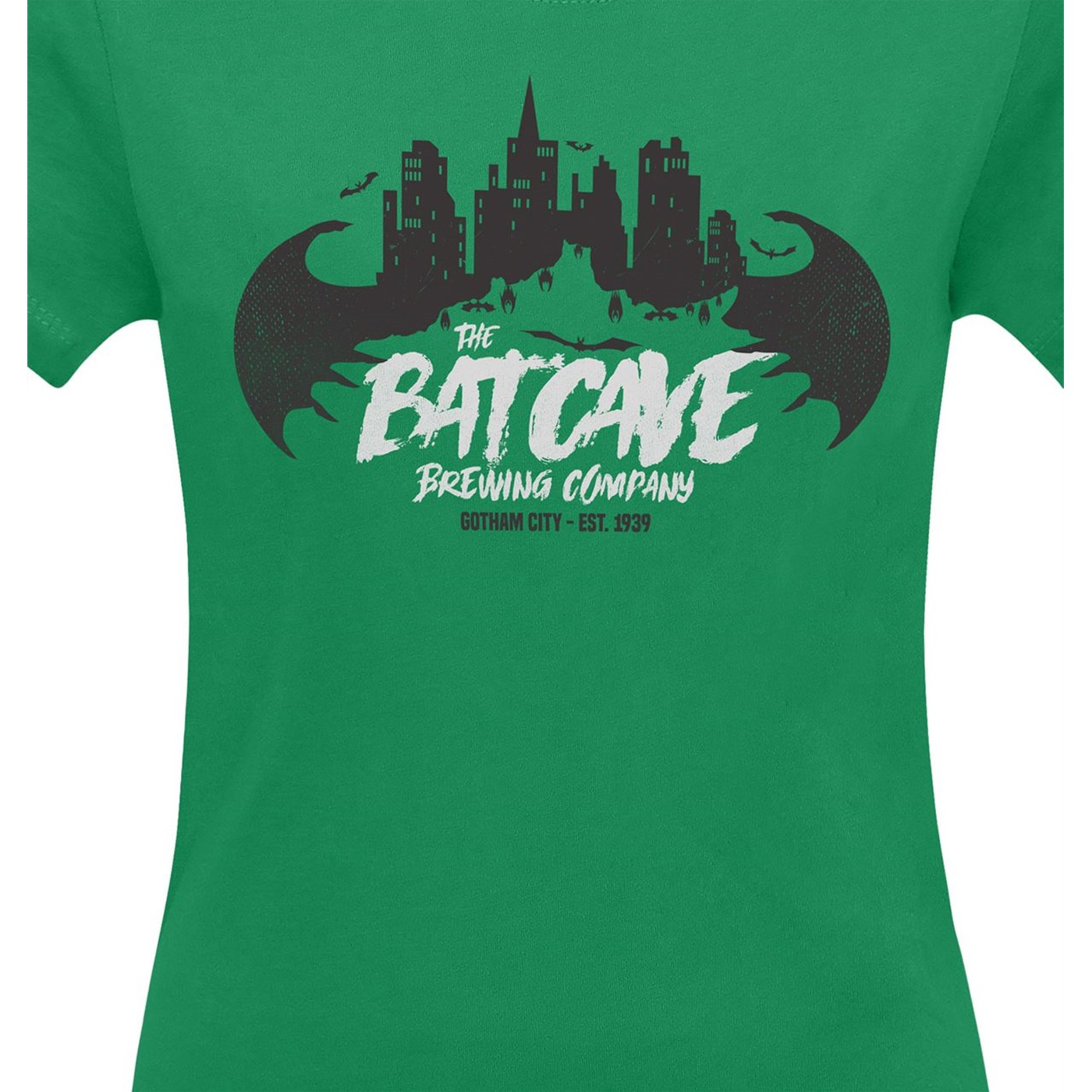 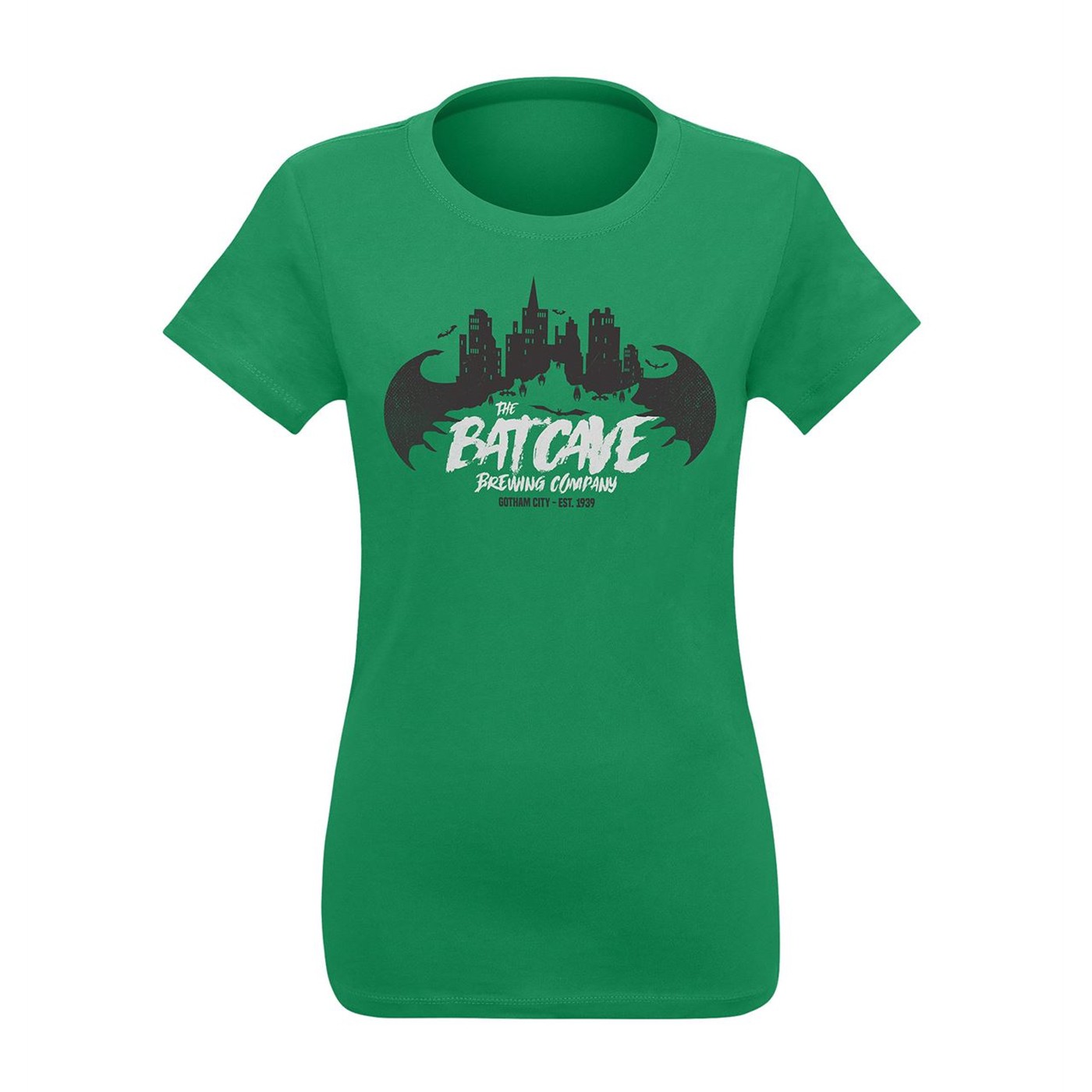 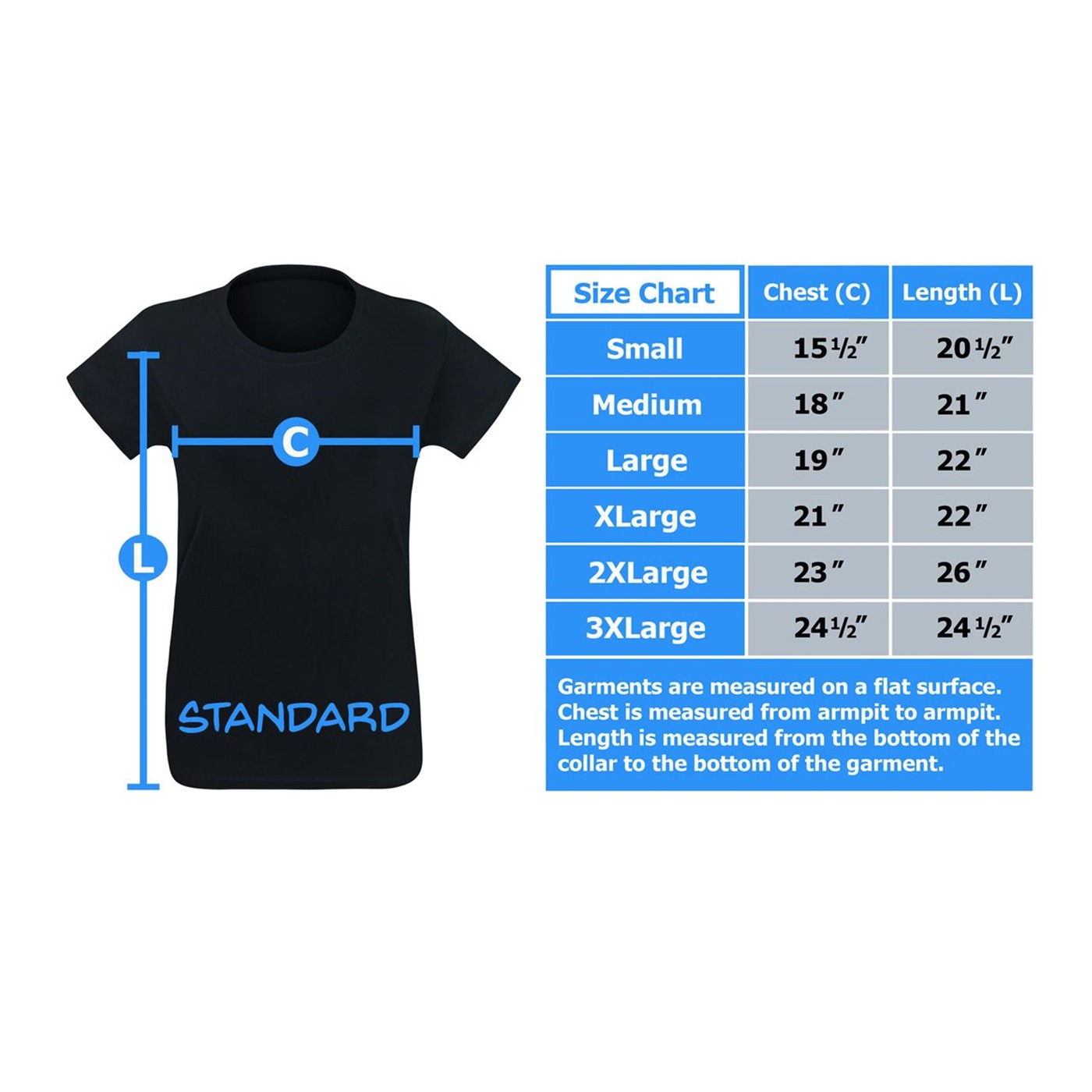 Beer hand-crafted by a bat-eared vigilante (and bottled by his bird-themed sidekick).

Much like a certain dark knight, the Batcave Brewing Company/Bar/Restaurant was formerly a rumor until its studded gauntlets/potent lagers punched a considerable number of criminals/customers in the gut.

Pristinely bottled and served by a rather dapper, older, and British fellow, it's said these very dark lagers contain specific antibodies to contend with various fear toxins and lethal laughing gasses.

Made from 100% cotton, this green Batcave Brewery t-shirt for women features the bat-themed iconography and the brewery's eerie, liberally brushed logo.

Opening at 2 AM and closing at 6 PM, the Batcave is home to civilian beer connoisseurs, potential informants, and the occasional unsuspecting criminal who's just asking for it.