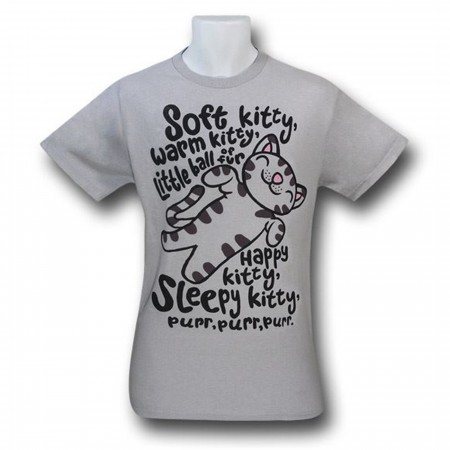 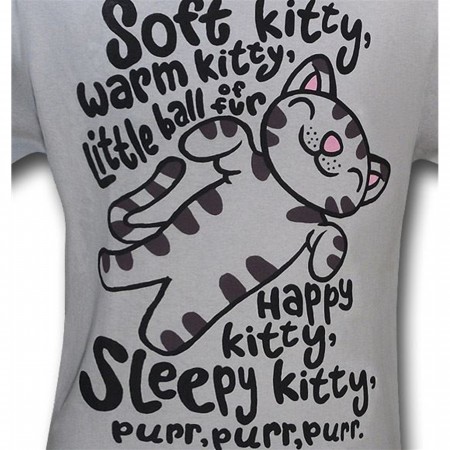 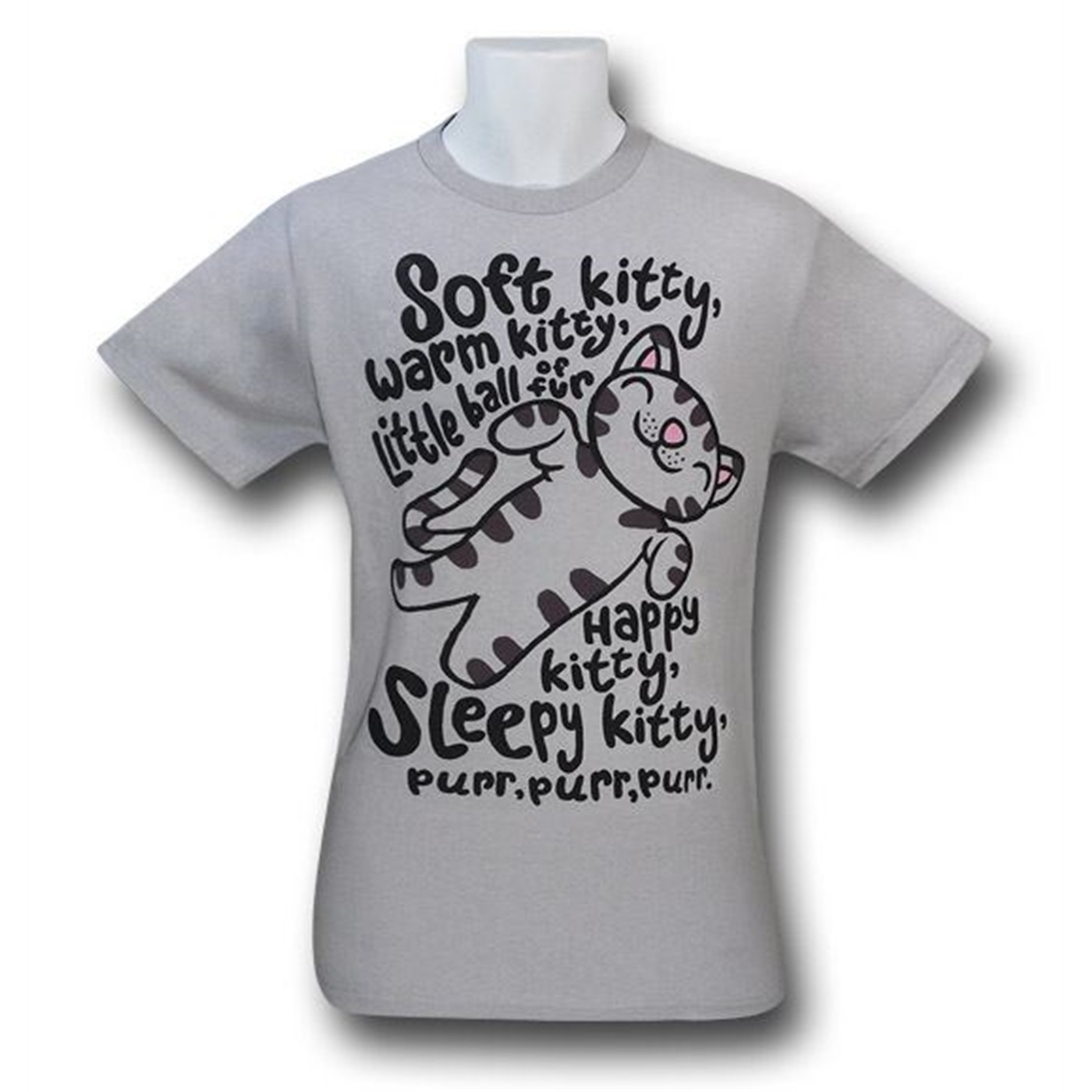 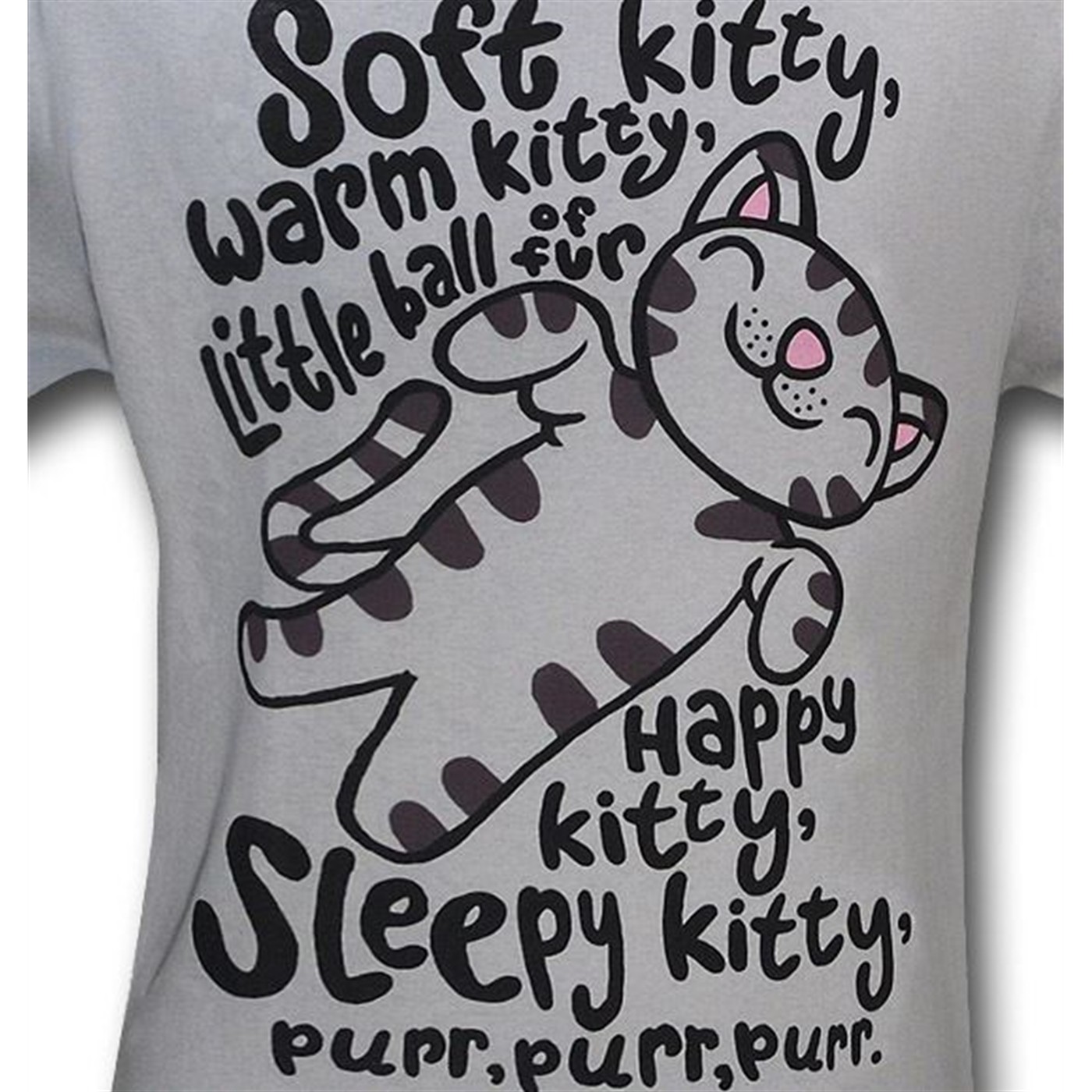 Here we have the 100% cotton Big Bang Theory Soft Kitty Mens T-Shirt featuring Sheldon's familiar feline phrase. Of course you know it already and probably invoke its calming powers almost as nearly as often as the Big Bang Theory's central protagonist! Stupid people make you sad too, and the 'Soft Kitty' as has been there ever since you started watching the hit television series. Say, why don't you share the wisdom with the Big Bang Theory Soft Kitty Mens T-Shirt? The world certainly needs more peace...and kitty meow meows!

I love this shirt!! It is very cute and looks exactly like in the picture. It is great quality and I look forward to wearing it.