Captain America: Winter Soldier and Avengers: Age of Ultron kind of left the world in a, and to borrow a term from the internet, a 'WTF' kind of state. Can't say I blame them...aliens invading, a super secret shadow government setting up a preemptive kill program involving hellicarriers, and a killer robot attempting to use an Eastern European country as a kinetic weapon kind of results in a general population that 'isn't quite feeling it'. Where is the system of accountability? Can anybody just put on a costume and let loose in public? Can the Vision actually lift up Mjolnir? This is the backdrop in which Captain America: Civil War is set!

Production on Captain America: Civil War fired up 3 months before the release of Captain America: Winter Soldier. Apparently test audiences and Marvel Executives were thoroughly impressed with the Russo Brothers work! Who would've known? As to whether or not Captain America: Civil War will echo its comic counterpart, Marvel President Kevin Feige said, “This is the Civil War of the Cinematic Universe, which will be greatly inspired by the "Civil War" of the comic universe, but we have a very different continuity going on. So this will be Civil War based off all the other films you’ve seen up until this point, particularly Winter Soldier and Age of Ultron...It’s not about the secret identity thing, as much as it is about, overall, who reports to who, and who can agree to [an] oversight committee. Because as of now, in [Age of Ultron], there is no more security council, there is no S.H.I.E.L.D., obviously. Stark is paying for [the Avengers], Captain America is running it, and things occur that will make governments begin to question.”

Chris Evans as Captain America: What's Captain America: Civil War without Captain America? Steve Rogers started off as a scrawny Army reject with an exceptional amount of heart(but not enough to recruit him to the Planeteers) which earned him the right to try out the experimental Super Soldier Serum created by Dr. Abraham Erksine. Pushed to the upper limits of human ability, Captain America became a symbol of America during World War 2. Facing off the likes of HYDRA and the Red Skull, Captain America has seen SHIELD compromised and people make huge mistakes...like building a giant killer AI. Isn't anybody going to bring that up? No? So we are going to arrest Bucky 'Winter Soldier' Barnes but Tony Stark gets to go free? I guess Tony Stark was brainwashed too!

Robert Downey Jr as Iron Man: A billionaire playboy philanthropist and appearing to be the primary antagonist of Captain America: Civil War, Tony Stark pilots the versatile and powerful Iron Man suits. There's more than one and after the events of Age of Ultron Tony was just a wee bit freaked out. I guess seeing Thanos kill all of your friends will do that, eh? Tony Stark tows the government line and when he attempts to bring in the Winter Soldier, both him and Captain America will come to blows!

Scarlett Johansson as Black Widow: Natasha Romanov was an orphaned child in the former Soviet Union who was adopted by a clandestine program and trained to be one of the most deadly people in the world. Currently working for SHIELD, Black Widow may be somewhat of a wild card during Captain America: Civil War. Is she on Cap's Side? Is she on Iron Man's side? What exactly is going on?

Sebastian Stan as Winter Soldier: Sometimes you fall from a train while on a rescue mission with Captain America that results in you getting a fancy new arm. Oh, and being brainwashed into a killing machine. That happens to the best of us, doesn't it? The Winter Soldier was formerly known as Bucky Barnes and was HYDRA's Angel of Death. Luckily for him, he managed to shake their programming...but the rest of the world doesn't seem to believe him! Captain America's desire to protect his best friend forms one of the focal points of Captain America: Civil War.

Anthony Mackie as Falcon: A para-rescue man and close confident of Captain America/ Steve Rogers, Falcon controls a remote controlled drone named Redwing and was instrumental in helping to find the Winter Soldier. One of the key allies of Captain America and able to fly utilizing a prototype flight suit, Falcon is sure to play a big part in the battle to come.

Emily VanCamp as Sharon Carter: The SHIELD Agent / potential love interest for Steve Rogers, Sharon Carter makes her stand with Captain America. Hey, after seeing HYDRA infiltrate pretty much every organization she is just a wee bit leery of trusting bureaucracy! She's going to be the one who beats Iron Man in Captain America: Civil War, right?

Don Cheadle as War Machine: Tony Stark's best friend and crowning jewel of the military-industrial complex, James Rhodes is a close ally of Iron Man and he pilots an augmented version of one of Iron Man's suits. How is it different? It has enough weapons to film an Arnold Schwarzenegger film or two!

Jeremy Renner as Hawkeye: Master Marksman and secret family man, Clint Barton wields a high tech bow with special trick arrows. He works with Captain America in order to knock out that wall in Hawkeye's dining room. Nobody eats in the dining room anymore!

Chadwick Boseman as Black Panther: T'Challa is heir to the vast and technologically advanced African nation of Wakanda. Controlling the world's sole source of Vibranium, Black Panther enters the Marvel Cinematic Universe in Captain America: Civil War and pursues his own agenda. His suit, training, and level of sophisticated technology make his a powerful foe or ally!

Paul Bettany as Vision: The Vision, as he was named by Thor, is a nigh invincible android created by Ultron and infused with the essence of Iron Man's former AI buddy JARVIS and the Mind Gem. Able to fly, phase through solid objects, and fire laser beams, the Vision also possess a unique perspective on humanity.

Elizabeth Olsen as Scarlet Witch: A newly christened Avenger and friend to Captain America...mainly because she still isn't sure if she hates Tony Stark or not. I guess that's what happens when you and your brother are pretty much held hostage by one of his munitions, right? The Scarlet Witch has the ability to mess with people's minds(as illustrated by the creation of Ultron) and powerful telekinetic blasts.

Paul Rudd as Ant-Man: Thief-turned-ally of Captain America, Scott Lang(Ant-Man) possesses a suit that allows him to shrink in size and increase his strength. Oh, and he's also friends to ants which makes him a close ally of Rick Moranis...I think.

Frank Grillo as Crossbones: The former SHIELD Agent / secret HYDRA Agent, Brock Rumlow is a viscous and merciless killer and assassin. Thought dead at the end of the events of Captain America: Winter Soldier, Crossbones returns with a certain bone to pick...

Daniel Bruhl as Baron Zemo: The classic Marvel villain makes his debut appearance in Captain America: Civil War but unfortunately he won't be donning his iconic purple mask. I guess that sort of thing isn't fashionable these days...that or they don't want to confuse people and make them think that he is Cobra Commander. They might be related though!

William Hurt as General Thunderbolt Ross: General Ross returns to reign in the menace of superheroes. You might be familiar with the name – he's the military general who was a part of the project that created the Hulk. It's not like the Hulk is unchecked destruction, right?

Tom Holland as Spider-Man: Marvel's flagship character finally comes to the Marvel Cinematic Universe in Captain America: Civil War. Will Spider-Man be like the version in the comics or will he forge a new path? Either way, everybody is super excited to see the beloved Wallcrawler return to the Silver Screen! 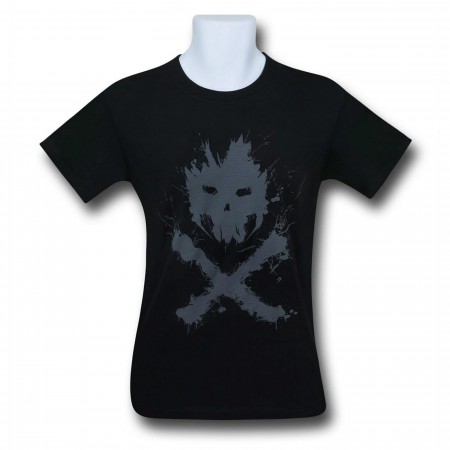