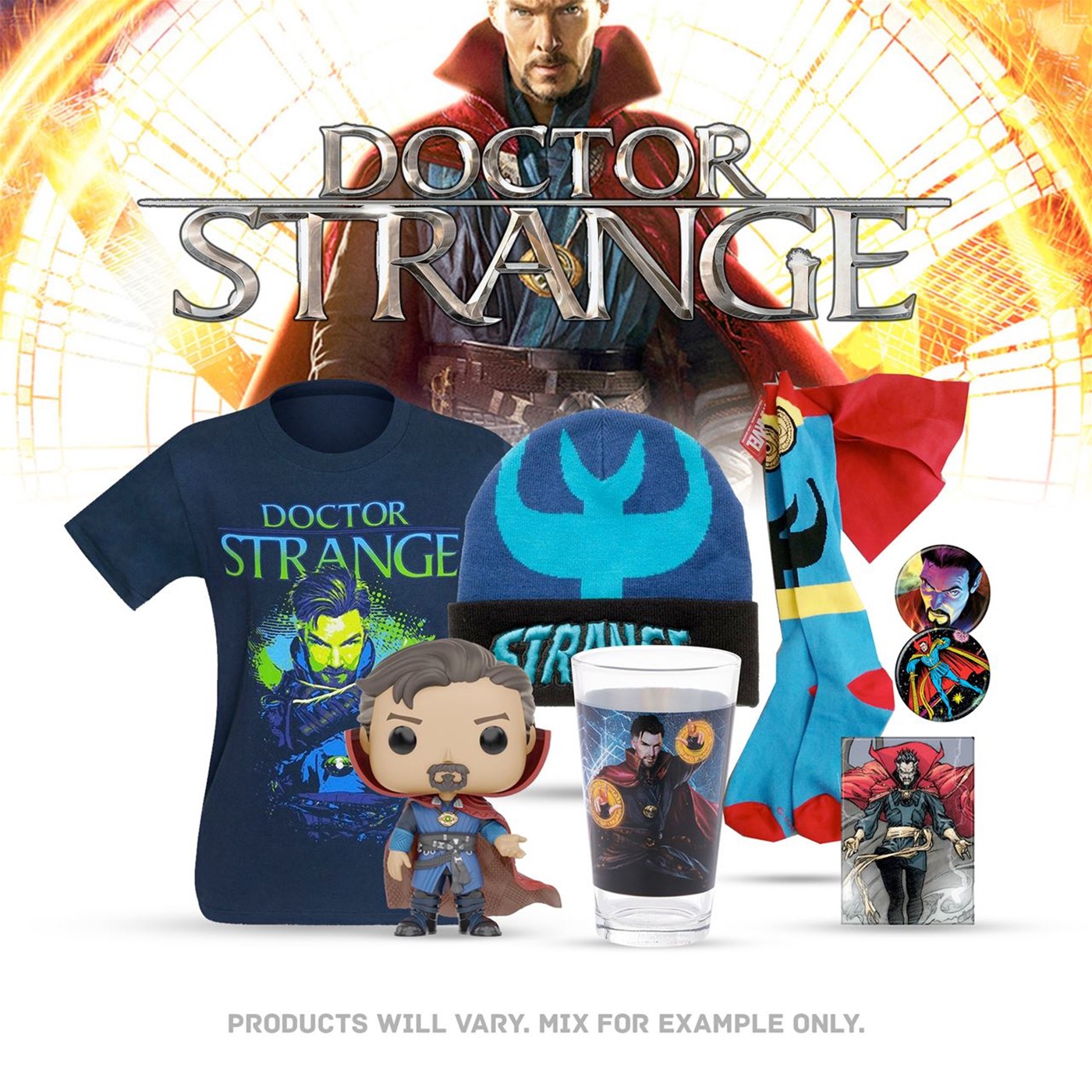 Never did we think that we would get a chance to see a Doctor Strange movie. Well, not after the 1970s version starring Peter Hooten but hey! I guess that's one of the better things of having a really cohesive and fantastic Marvel Cinematic Universe. Part of the 3rd phase of Marvel movies, Doctor Strange will see the big screen adaptation of the Sorcerer Supreme! Wait, is that Khan from the new Star Trek movies? Nah...can't be...he looks more like Sherlock Holmes now I think about it.

Played by Benedict Cumberbatch, Doctor Strange sees a talented yet arrogant surgeon named Stephen Strange become a powerful force for good. How does that happen? Well, Stephen Strange unfortunately went through a horrible accident that rendered his hands useless. Unable to use medicine or conventional technology to restore the use of his hands, he turned to more mystical and esoteric means of healing. Running into a ancient being know as the...um...Ancient One, Stephen Strange learned a great deal about the mystic arts. Not only could he bend reality, but he could also pull hats out of rabbits! Wait, no...rabbits out of hats! And they have big pointy teeth...just look at the bones, man! LOOK AT THE BONES! Ahem. This is no time for a Monty Python reference.

One thing is for certain though...Doctor Strange will be a huge part of the upcoming Infinity War crossover movie. Well, everybody will probably be in that movie but a guy who can manipulate reality probably serves a major focus. There's also a fairly good chance that the Reality Gem of the Infinity Gauntlet will be in the movie! Actually, there might be a Reality Gem in the Doctor Strange Movie HeroBox! Oh yes...that's right...we have a fantastic mystery gift box wholly dedicated to Smaug! Wait, no...Doctor Strange! Available in two different tiers, you can get a normal box or you can unlock all of the latent mysteries of life with the ultimate version! What might you get? Well, I don't have the Orb of Agamotto but you'll get at least a shirt. Beyond that, you can get all sorts of goodies inspired by the movie! You could get a pint glass, beanie, keychain, lanyard, sticker, button, POP Fun Funko figure, ice cube tray, coasters, crazy cloak with collar, or mystical artifact from another realm of existence! Ah, good times. There's no reason not to get the Doctor Strange HeroBox! I think more of a variety is needed. Items should be unique especially with the price you pay..

Everything was good, but it'd be nice if you went larger on shirts for women.

I absolutely loved the whole box.

You can't go wrong with a mystery box! They're always packed with some sweet gear of high quality!

Loved the variety of goodies in the hero box. Very cool shirt - just wish the ones for women were not "slim fit"!