Green Lantern » Who Are the Guardians of the Universe? 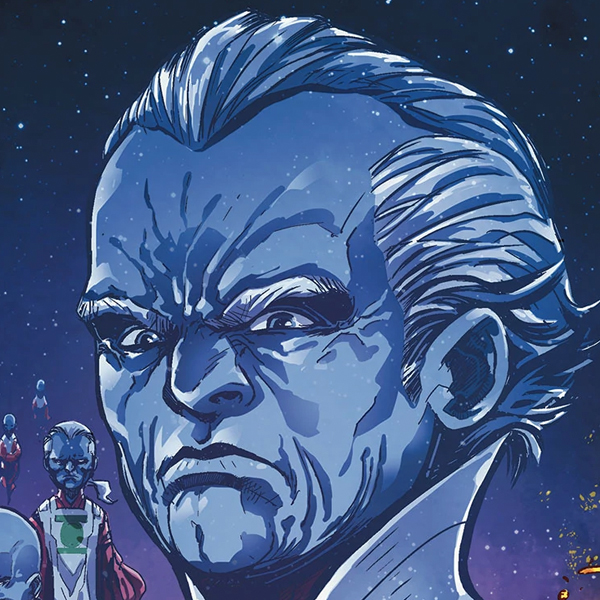 Who Are the Guardians of the Universe?

Anyway, they’re the ancient, cosmically endowed progenitors of the Green Lantern Corps and completely deserving of an almost glowing biography regardless of the several times they exiled Hal Jordan.

Before OA and the discovery of the Emotional Spectrum (and their legendary, ostensible disinterest towards less evolved beings), the Guardians were originally Maltusians hailing from the planet Maltus.

Quite possibly the universe’s first intelligent beings, the Maltusians were originally tall, gray-blue humanoids with black hair. At some point, they bonded with symbiotic beings on Maltus and gained immortality, super-intelligence, and general godliness.

AS a race of super-evolved scientists and thinkers, they explored every facet of existence and experimented upon surrounding worlds.

Billions of years ago, one such Maltusian, Krona, used forbidden time-manipulating technology to witness the creation of the universe. Unfortunately, a cosmic bolt of energy hit the machine – this caused an explosion responsible for the following mostly terrible occurrences:

Feeling responsible for (and perhaps embarrassed by) Krona’s terrible behavior, the Maltusians abandoned Maltus for OA -- the literal center of the universe -- and became the Guardians of the Universe. Changing their appearance to something a bit more blue and compact, the Guardians made it their mission to bring peace and order to the universe.

In the early years of the universe, the Guardians learned to harness and control something they initially called “The Glow “– a seemingly limitless source of energy that demanded the creation of an equally powerful storage unit – the Central Power Battery. And yes, they later learned this energy was, in fact, the collected willpower of all sentient beings – the green will energy pervading the Emotional Spectrum. This malleable willpower gave the Guardians the ultimate tool to make manifest their dreams of peace.

They captured the terrorizing Fear Entity, Parallax, and trapped it inside the Central Power Battery. And yes, this apparent victory came back to kick them in the @$$.

Attempting to remove magic from the universe, they collected it within an orb known as the Starheart. The Starheart would eventually become the ring and lantern for the original Green Lantern, Alan Scott. Right, the “I can’t do diddly against this birch tree” Alan Scott.

Before they created the Green Lantern Corps, they utilized Manhunter androids to establish peace throughout the universe. Unfortunately, the Manhunters malfunctioned and chose to enact galactic genocide. If you’re looking for more details, simply ask Arocitus.

After the Manhunter debacle – and the legendary “Massacre of Sector 666” -- the Guardians created the Halas. The Halas were an intergalactic police force armed with guns that channeled willpower energy.

Finally, they got it (mostly) right with the creation of the Green Lantern Corps – another intergalactic police force who utilized coalesced willpower through rings.

They waged war against Apokolips. They faired poorly, and a truce was called after suffering heavy losses.

They aided the Green Lanterns and Earth’s heroes in the fight against Nekron during “The Blackest Night.”

Yes, their methods are occasionally frustrating, but their intentions are pure. Usually.