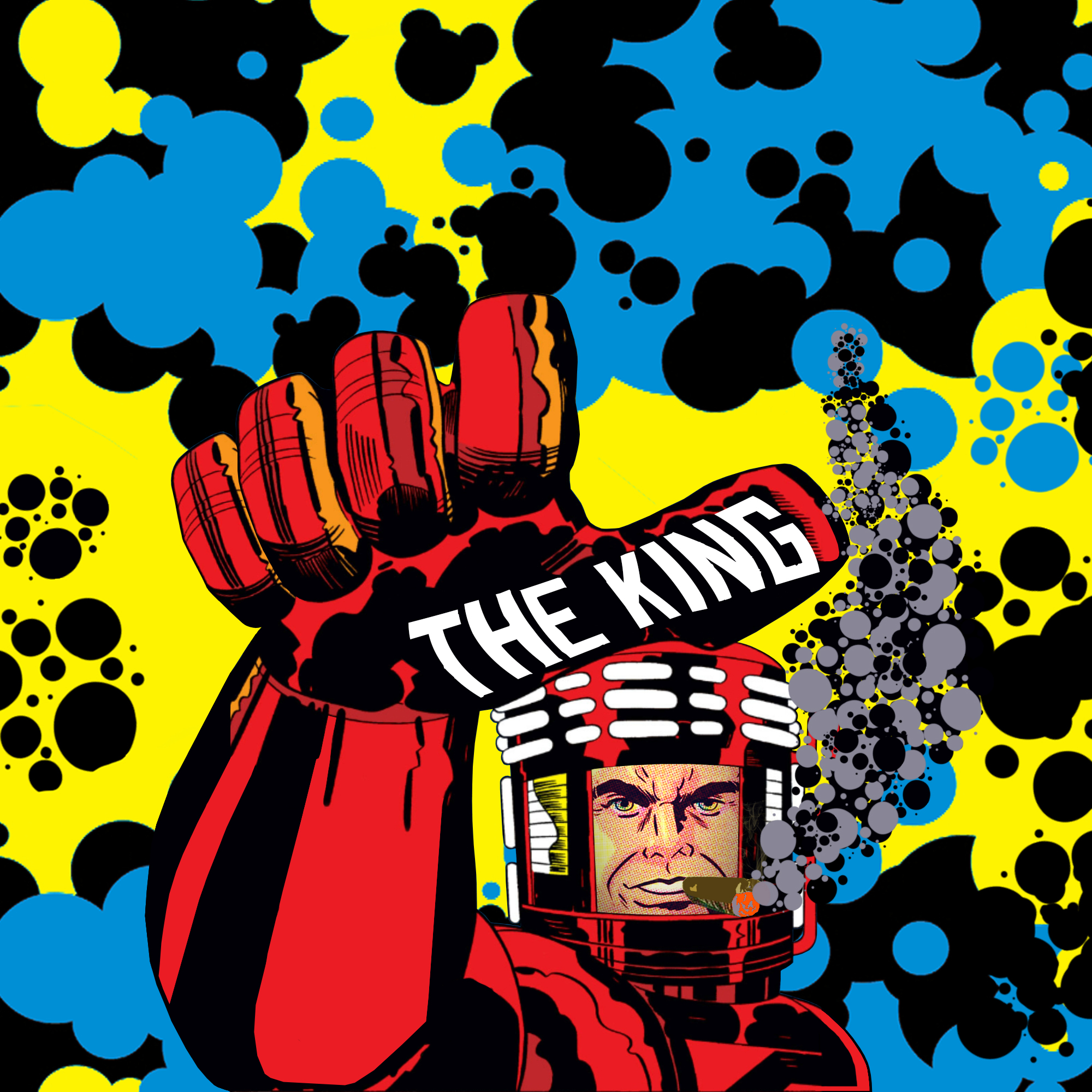 And he’s not here to judge the quality of today’s comics or the supplemental movies, TV shows, or horrendous accident-prone musicals featuring original compositions from Bono and The Edge. No, he’s here to judge the shriveling moral fiber of humanity. How can a (formerly) dead comic book artist judge humanity? Because he never actually died – he was transformed.

Transformed? Yes, he simply evolved into one of the immortal cosmic giants pervading the pages of Marvel Comics. Basically, what I’m telling you is this: Jack Kirby is alive, he’s a Celestial, and he’s about to give our planet a thumbs down.

Why should you care about the opinion of an armored space god smoking a cigar emanating effervescing black holes? Because he’s a Celestial and therefore infinitely powerful, and therefore capable of ravaging the earth with a wink and a smile.

How did Jack Kirby become a Celestial? Well, remember the article boasting 35 of the most amazing pieces of Jack Kirby art ever? Remember how I said he didn’t just draw, he “channeled” his compositions from higher dimensional space where actual, planet-sized space-deities reside? Well, Jack’s channeling attracted these beings – his work was a signal alerting them to his exact dimensional location.

On the day of Jack’s death, one of the Celestial Host immediately warped Jack’s spiritual energy back to its evolved plane of existence, chambering said energy within shimmering Celestial armor.

Now, Jack Kirby has retuned -- he’s blocking out the sun, ruining the morning commute, and looking upon humanity with obvious disfavor.

Why? Why would Jack Kirby wish to see the Earth reduced to a smoldering husk? Perhaps the Fantastic Four has something to say about it.

An Actual Channel 6 Interview with the Fantastic Four:

“This is Terry Rogers live with Channel 6 News. As you can see, I’m standing next to the fabled ‘Fantasticar’ filled with America’s first superhuman family, the Fantastic Four. Dr. Richards, can you tell us why there’s a rather large Jack Kirby floating 300 miles above Manhattan?”

“Why, yes, it is. Thanks for noticing. Yeah, I went to the place you suggested. They really know their …”

“To answer your question, Terry, we really have no idea why a late American comic book artist is adorned in Celestial armor and giving humanity the stink-eye. But I have a feeling we’re going to find out. Look!”

“What stretch is tryin’ to say, Terry, is that it looks like the most influential comic book artist ever….is pullin’ out a giant No. 2 pencil.”

“My rocky friend has it right, Terry. That is, in fact, a pencil. Aaaand, my Quantum Scataverter just confirmed it. It’s a pencil."

“Well, I kinda’ said that already…”

“WHAT THE UNFATHOMABLE HELL, REED??! Did it…did he just…erase a building????”

“He did, Terry. He literally erased a building with the pencil eraser.”

“Ben? Language. Terry? Get in the Fanstasticar – it’s time we had a talk with Jack Kirby. Sue? Honey? Call the babysitters. Tell them we’re going to be late and give them access codes to Panic Room Delta. Hope you ate light, Terry. There might be some turbulence.”

Fear not, gentle reader. Take comfort in the valiant Fantastic Four and their spotless track record when it comes to repelling impossibly tall cosmic threats.

Anyway, it seems Jack’s return is still a bit of a mystery, although we’re quite sure it has to do with bringing about the end-times considering that’s the average Celestial’s modus operandi.

All we really know – as in, know-know – is this: Jack Kirby is back; he’s a Celestial; Celestials are real; the Fantastic Four is real; everything else Jack Kirby drew could potentially be real; Jack Kirby wants to erase …everything, apparently; and Terry Rogers is one hell of a reporter.