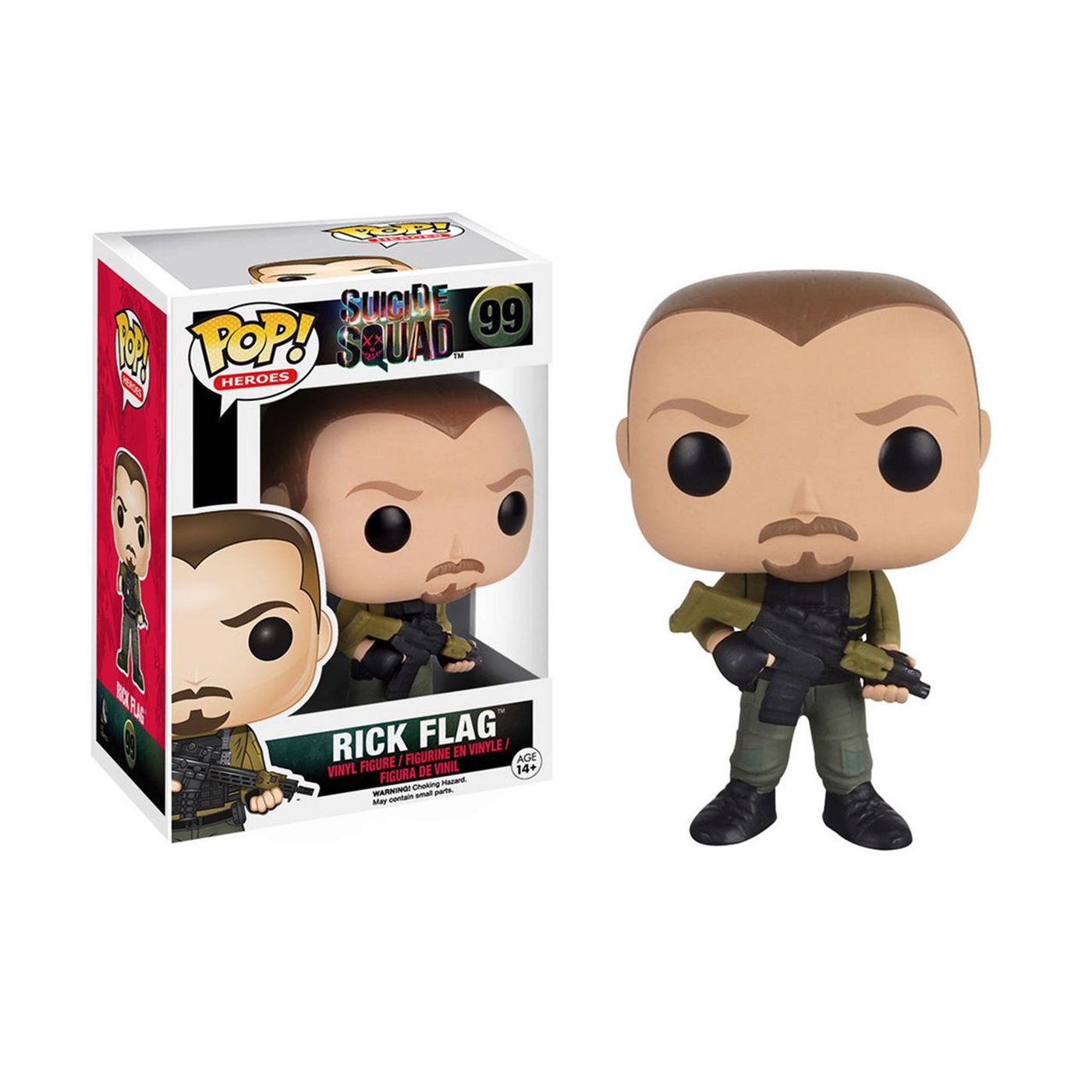 Ready to save your desk, office, or room from some really scary stuff? Then you need the Suicide Squad Rick Flagg Funko Pop Vinyl Figure. He might not be able to defeat a tremendous evil by himself, but at 4 inches, he'll be able to wrangle up some other bad guys to throw those bad guys against the other bad guys! I think that's the plot of the latest DC Comics movie, right? The Suicide Squad Rick Flagg Pop Funko Vinyl Figure thinks so!