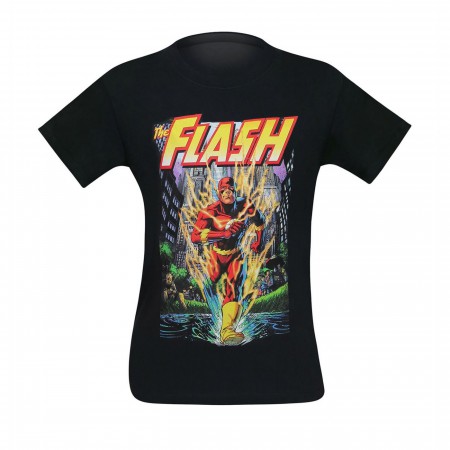 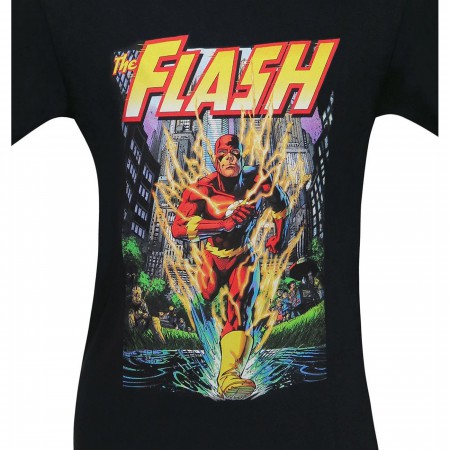 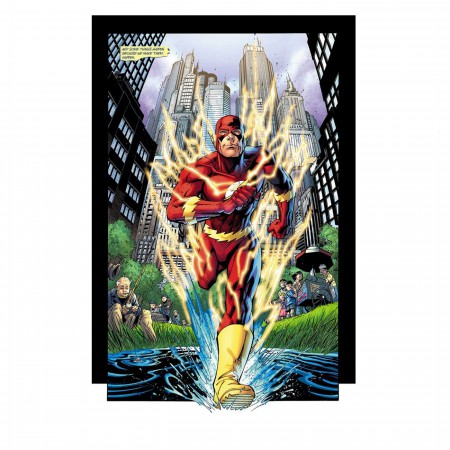 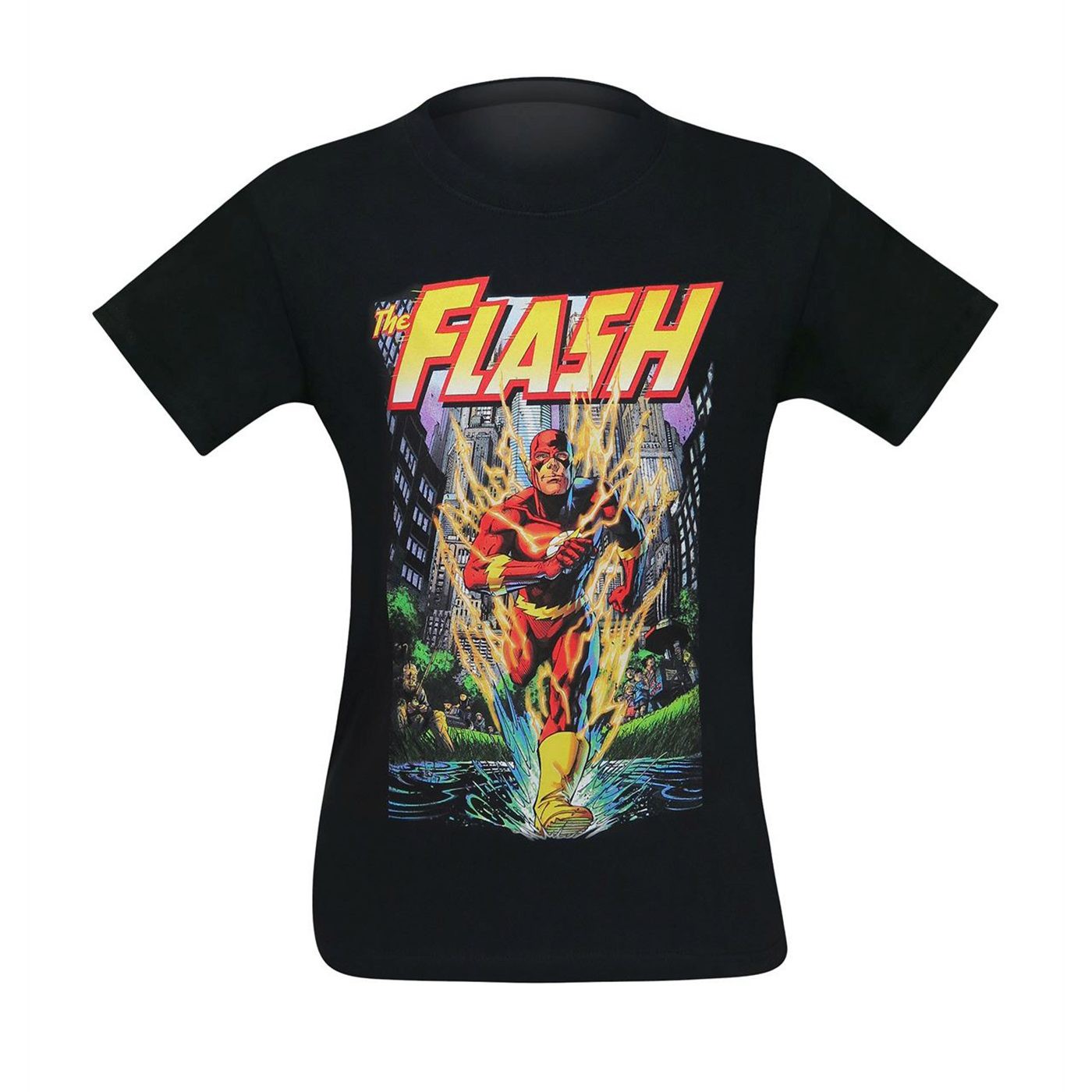 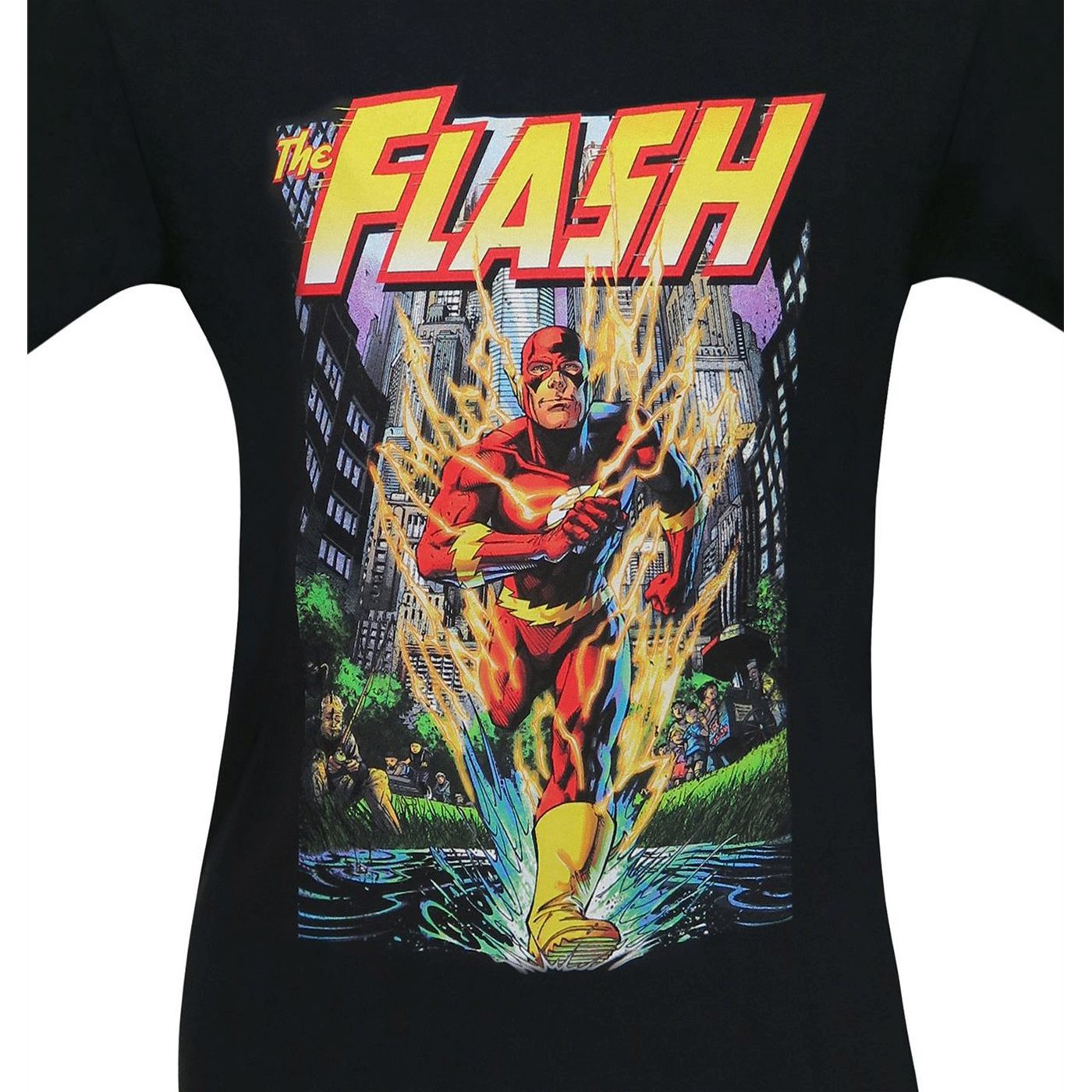 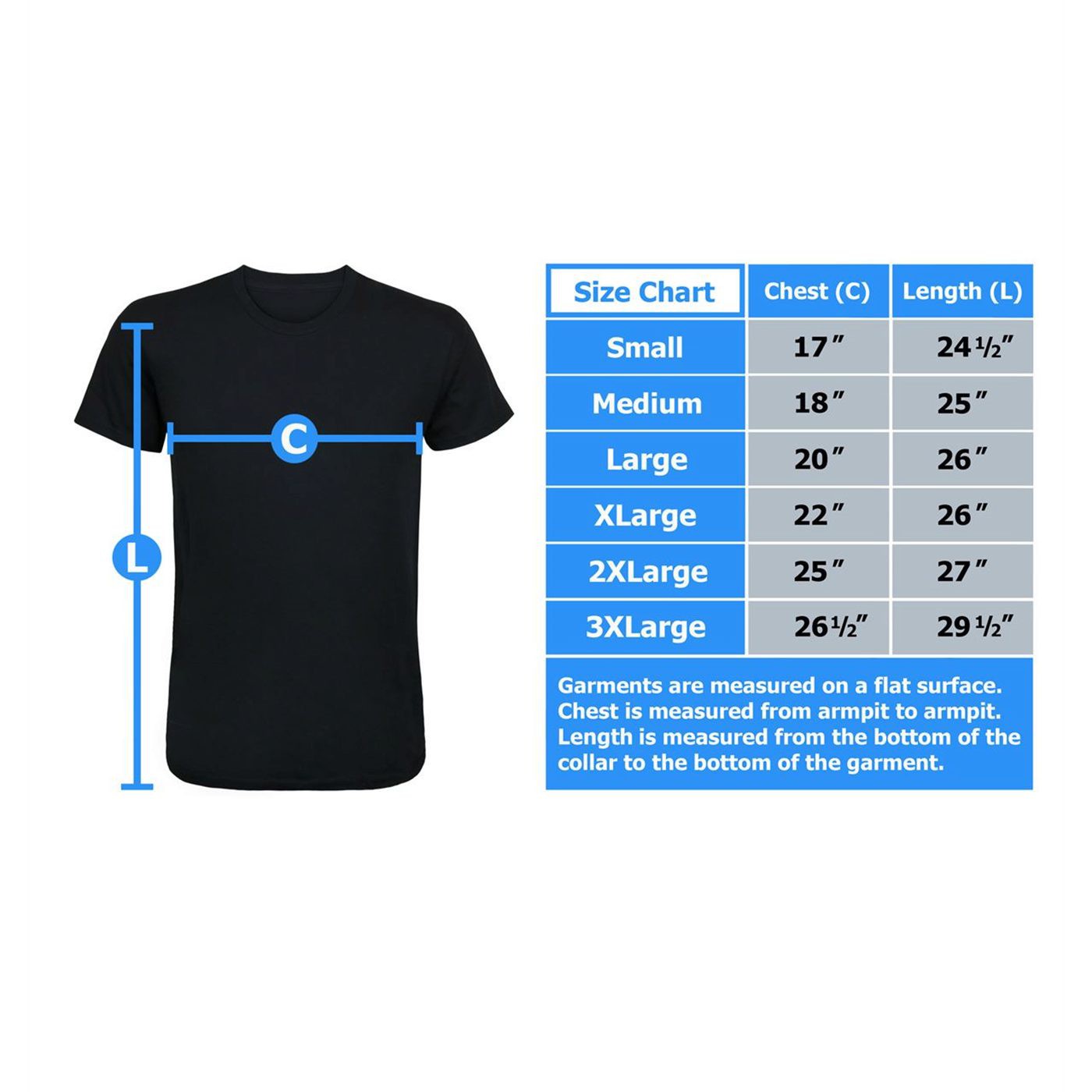 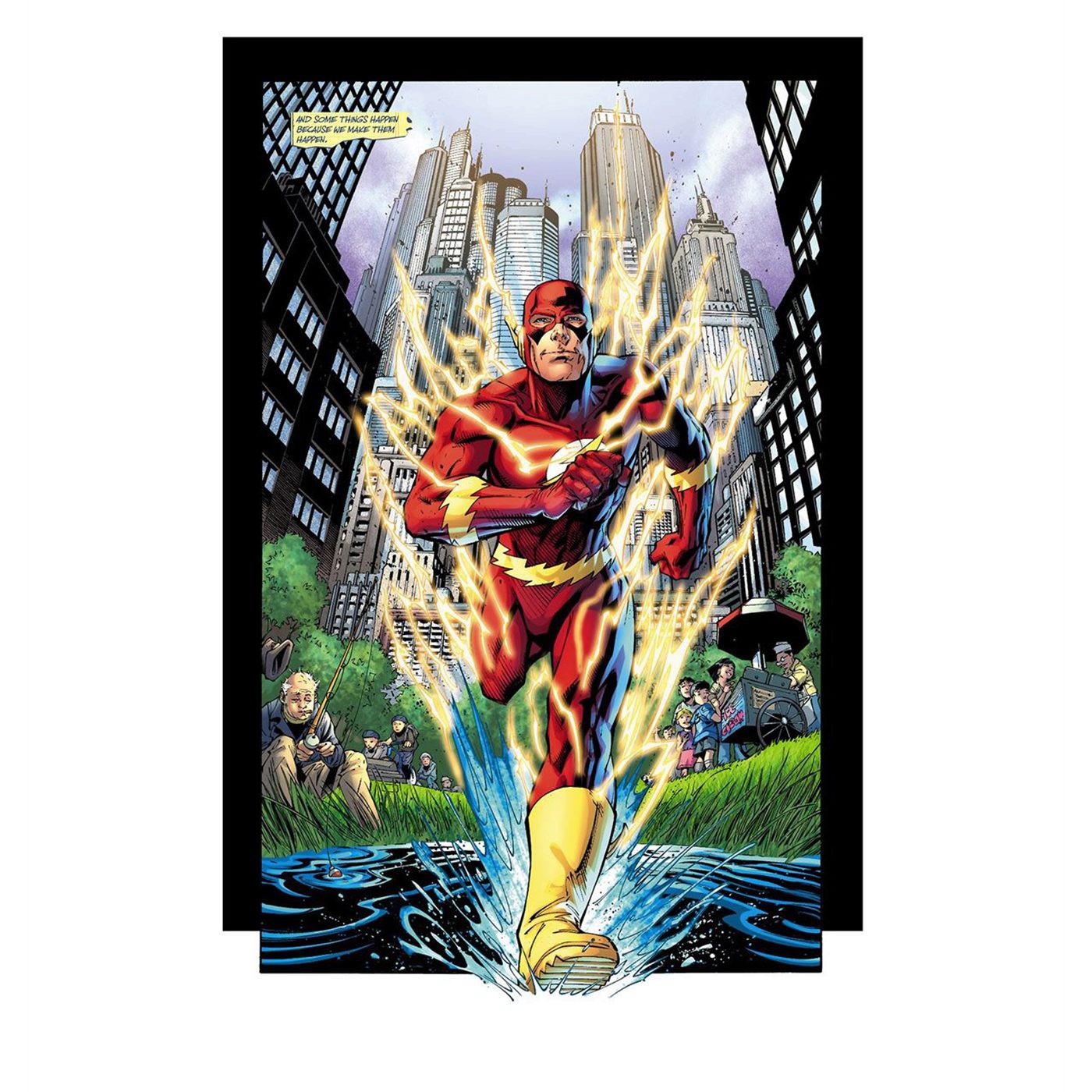 Getting around town is a real pain...that is unless you are DC Comics' Fastest Man Alive! Just look at how he's moving about on the 100% cotton Flash Fully Charged Men's T-Shirt. He's running across the water in front of somebody fishing! I wonder if the fish have a chance to react?

Still, you have to admit that this Flash-inspired t-shirt is pretty sweet. It is actually based on the Flash story Flashpoint which involved the Scarlet Speedster basically rebooting the DC Comics universe...for like the second or third time! Hey, that's how things work in comic book land.

Synopsis: Yes, all was well in Barry Allen's world until he decided to travel back in time and save the life of his previously murdered mother. Being a Flash, you would think Barry aware of the repercussions of careless timeline tinkering. Well, in his anguish, he overlooked them and inadvertently created a new Earth on the cusp of annihilation. Uh...whoopsie?