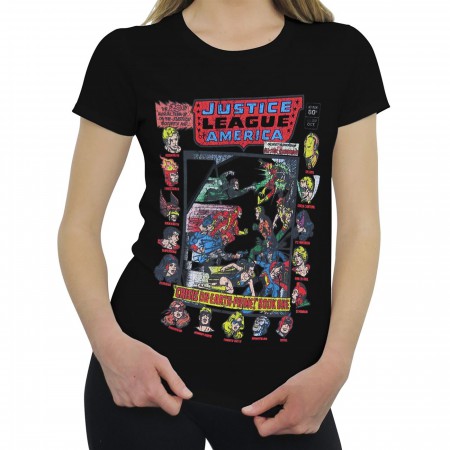 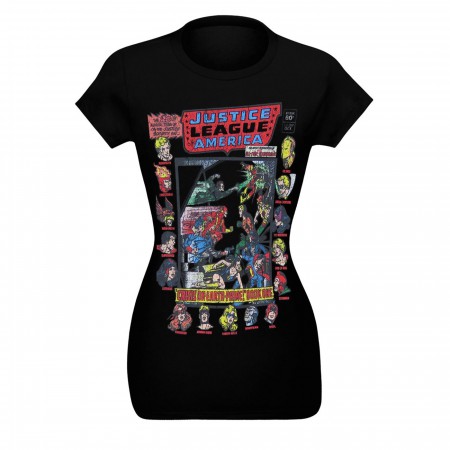 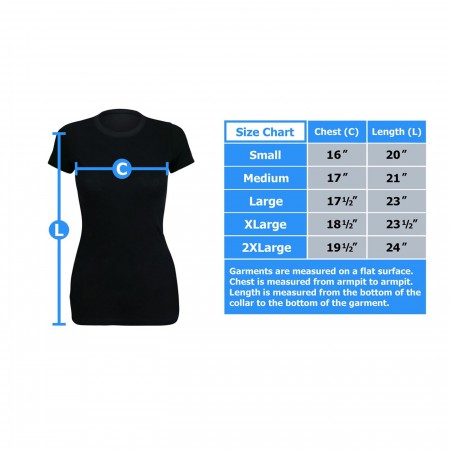 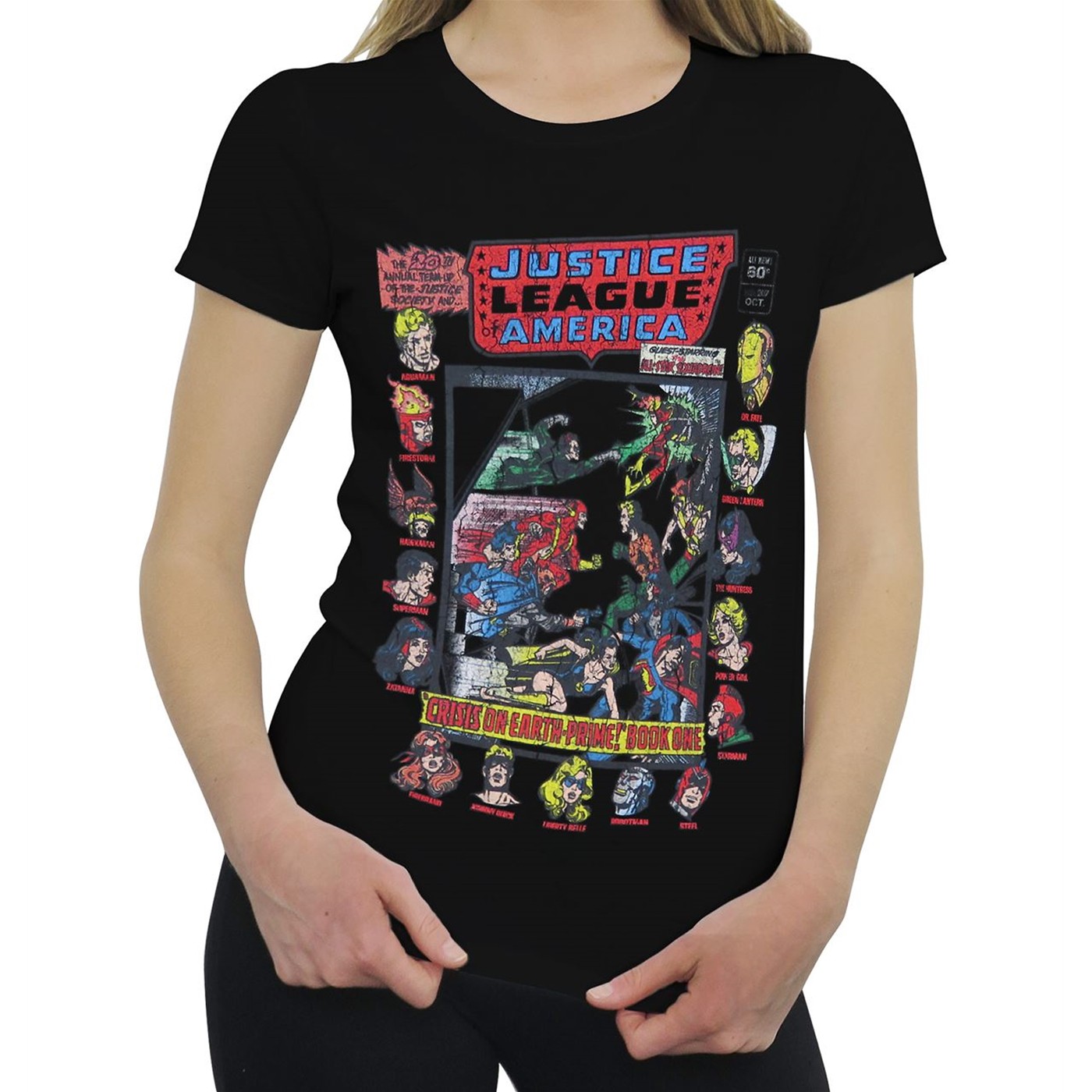 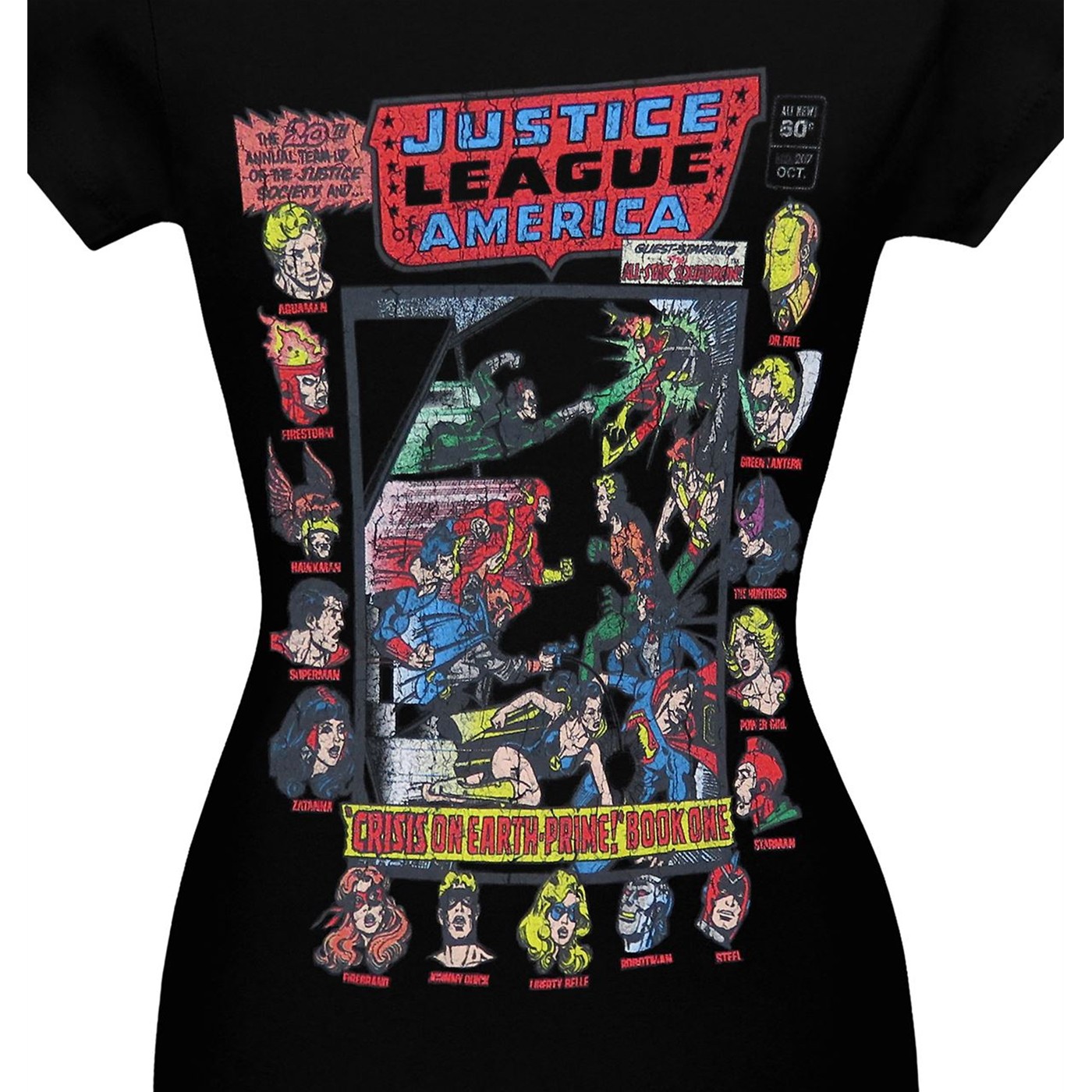 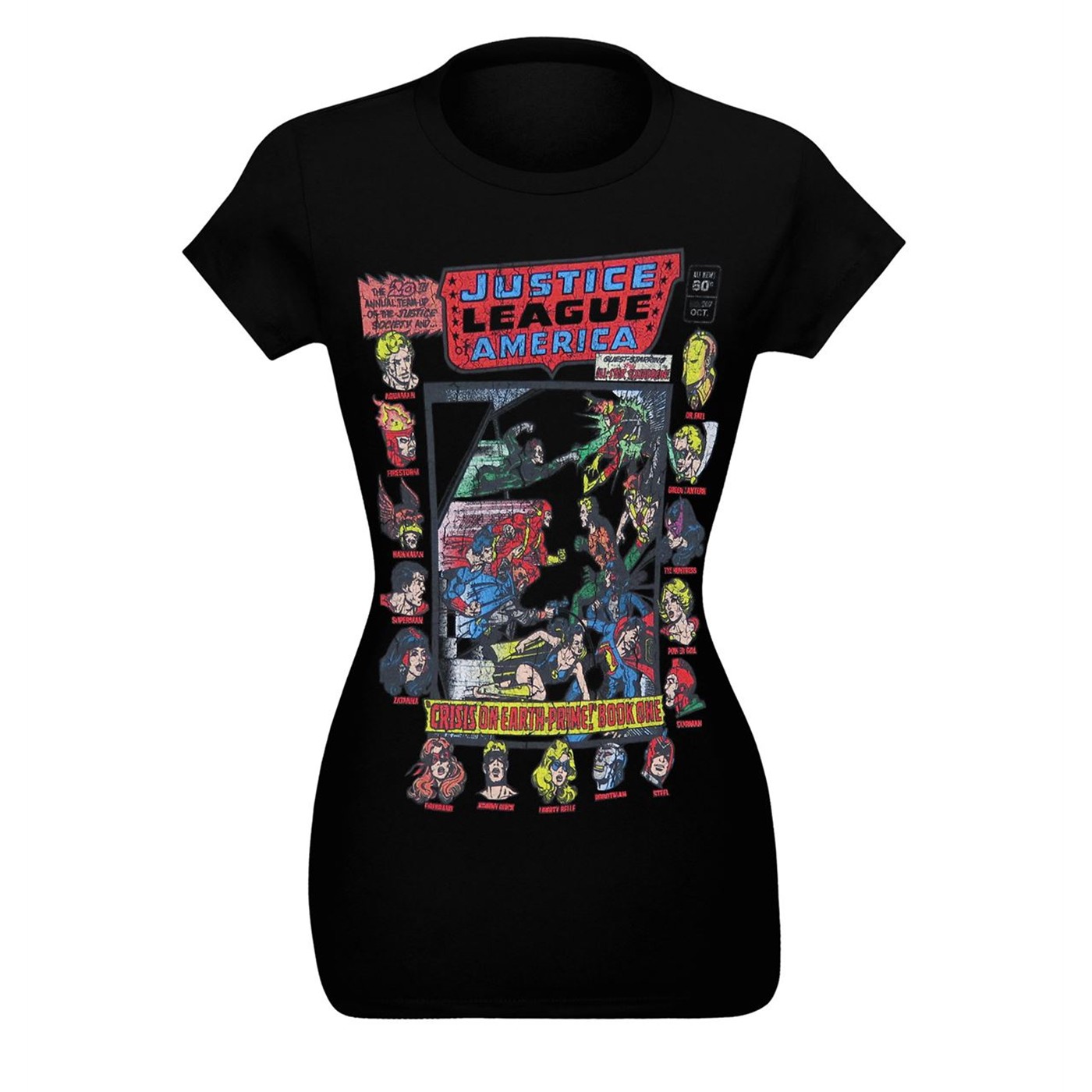 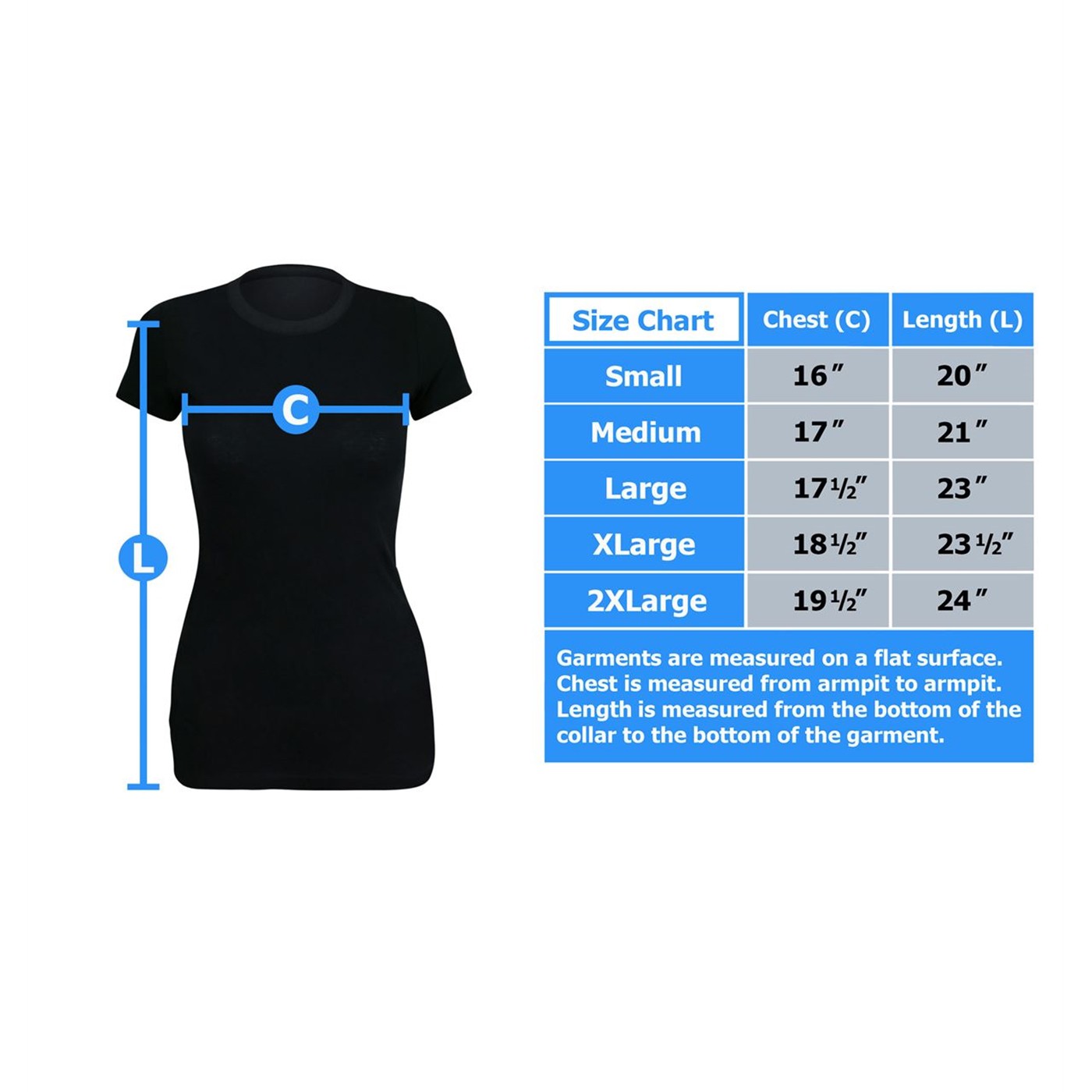 Because the Justice League Satellite is a little too accessible.

In issue #207 of Justice League of America, the League -- expecting a cross-dimensional visit from the Justice Society of America -- received an unwanted band of super-powered guests:

The Crime Syndicate of America.

These immoral versions of the League from an alternate Earth handily defeated our heroes and made their way towards our Earth to initiate global pummeling.

What happened to the Justice Society of Earth-2? Well, they ended up on "Earth-Prime" -- a reality like ours devoid of super-people, but apparently scorched by nuclear devastation.

Our JLA Crisis on Earth Prime Women's T-Shirt celebrates this epic DC story by presenting the actual cover from Justice League of America #207 -- the story you want to read because my summary was utterly enticing.

Rendered in a distressed print, this Justice League t-shirt for women offers a superhero roll call -- you know EXACTLY who's involved, and who's trapped in a massacred sub-dimension.