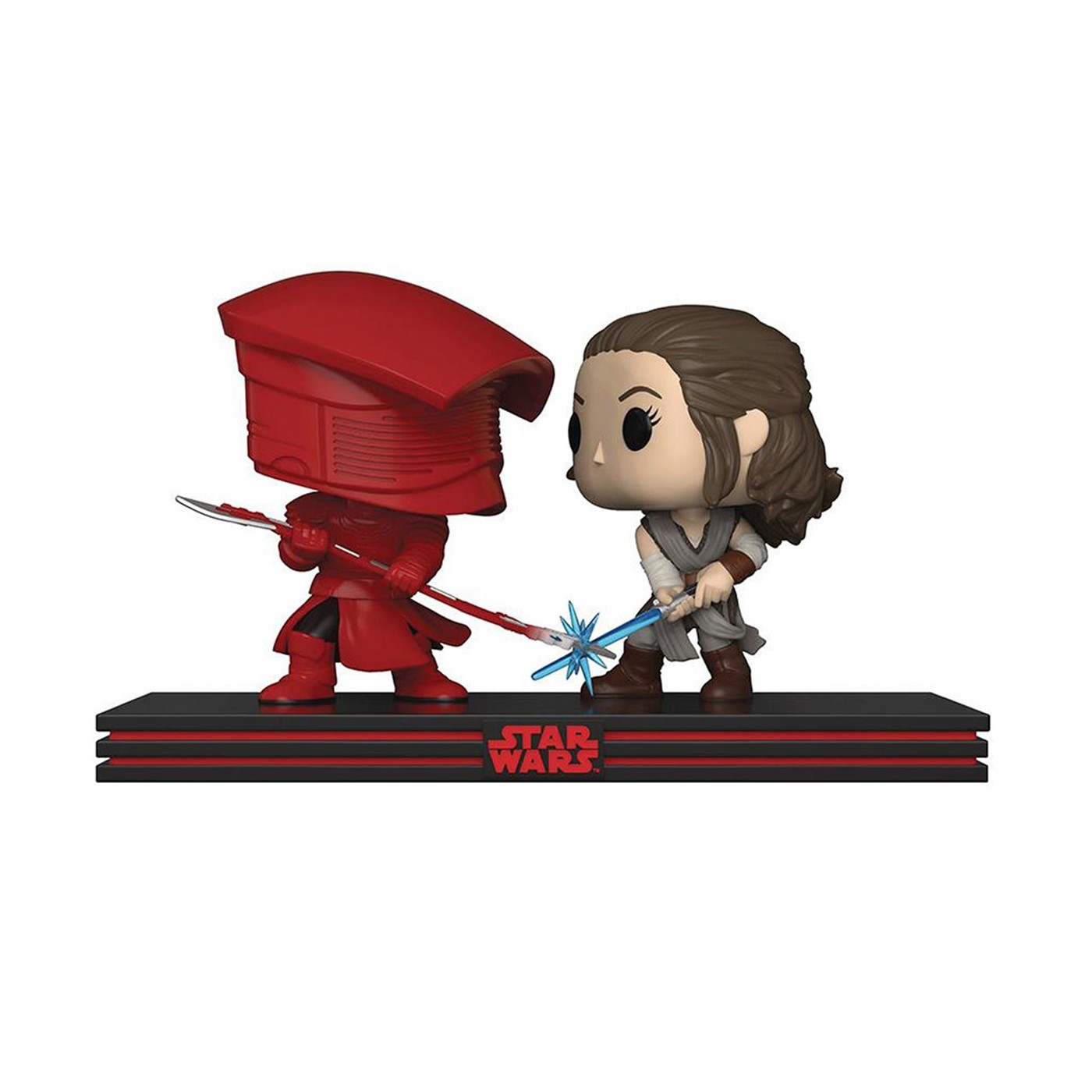 Because the soul of Kylo Ren is worth fighting for.

At least it was, until someone decided they wanted to practice their own form of intergalactic tyranny.

But for those brief moments after Kylo saved Rey with a simple torso severing of a certain Supreme Leader, Rey believed Kylo "saw the light," and joined the fight for their shared emancipation.

Affixed to a black, striped, and "STAR WARS"-stamped base, these Star Wars bobble head figures from FUNKO are awash in precise, character-specific detailing, including elaborate costume patterns and clashing, expertly wielded weapons.