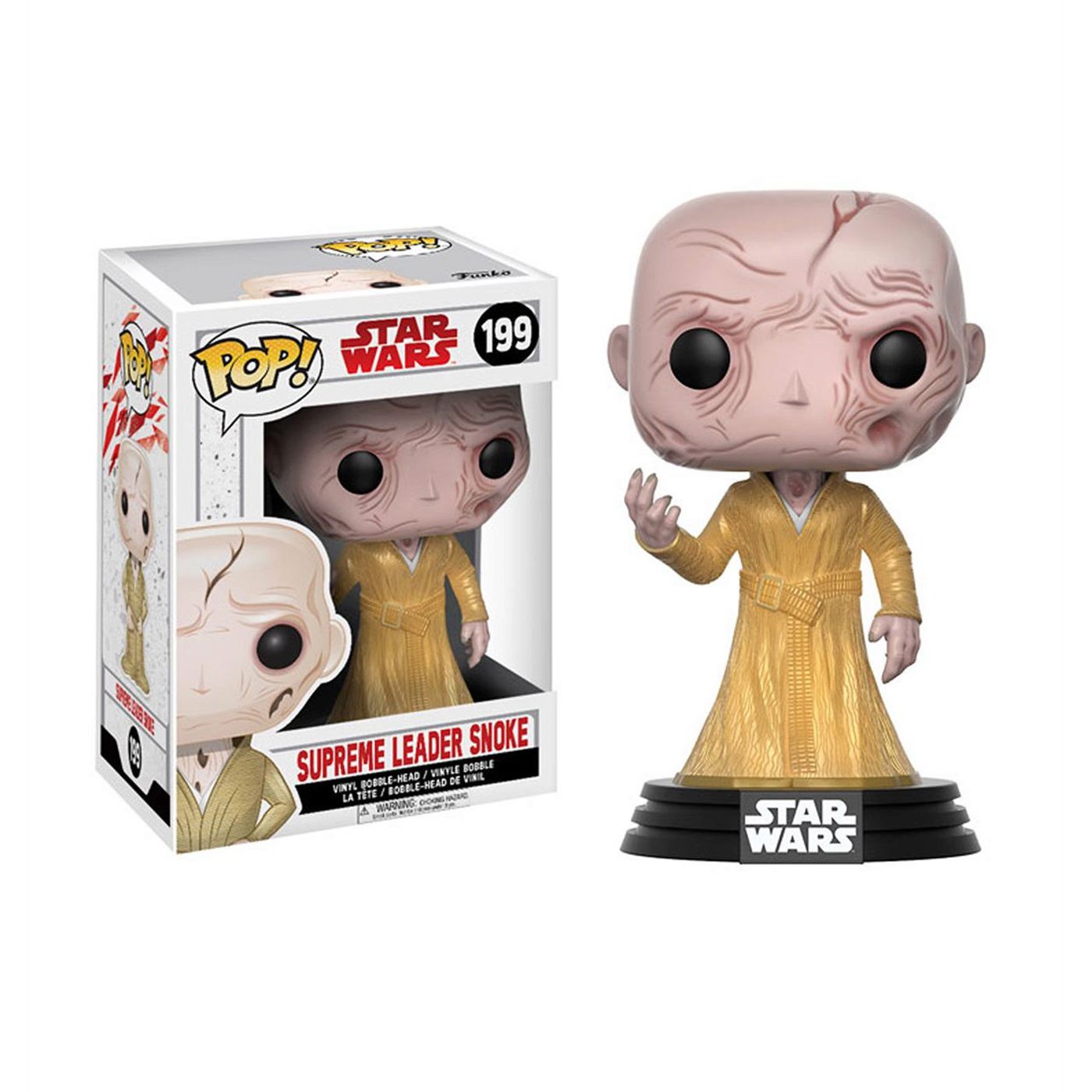 Ceremonial garment for a terrifying Supreme Leader, or a very flashy housecoat?

Supreme Leader Snoke is, as the name implies, the Supreme Leader of the First Order, the even more conservative, still-alive-and-kicking off-shoot of Emperor Palpatine's imperial regime.

And, as befitting a Supreme Leader, his official Leader-wear is rather striking, whether it be for legitimate First Order business, or comfortable indoor lounging.

Based on his appearance in the latest Star Wars episode, The Last Jedi, this collectible, soft-vinyl figure from FUNKO presents a more revealing look at the melting man behind the machinations.