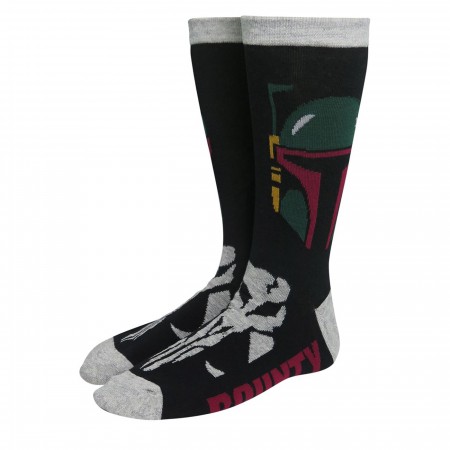 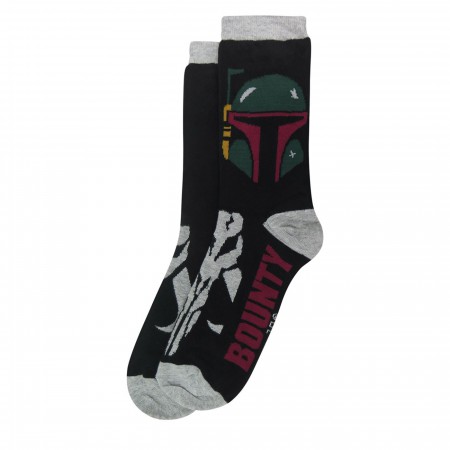 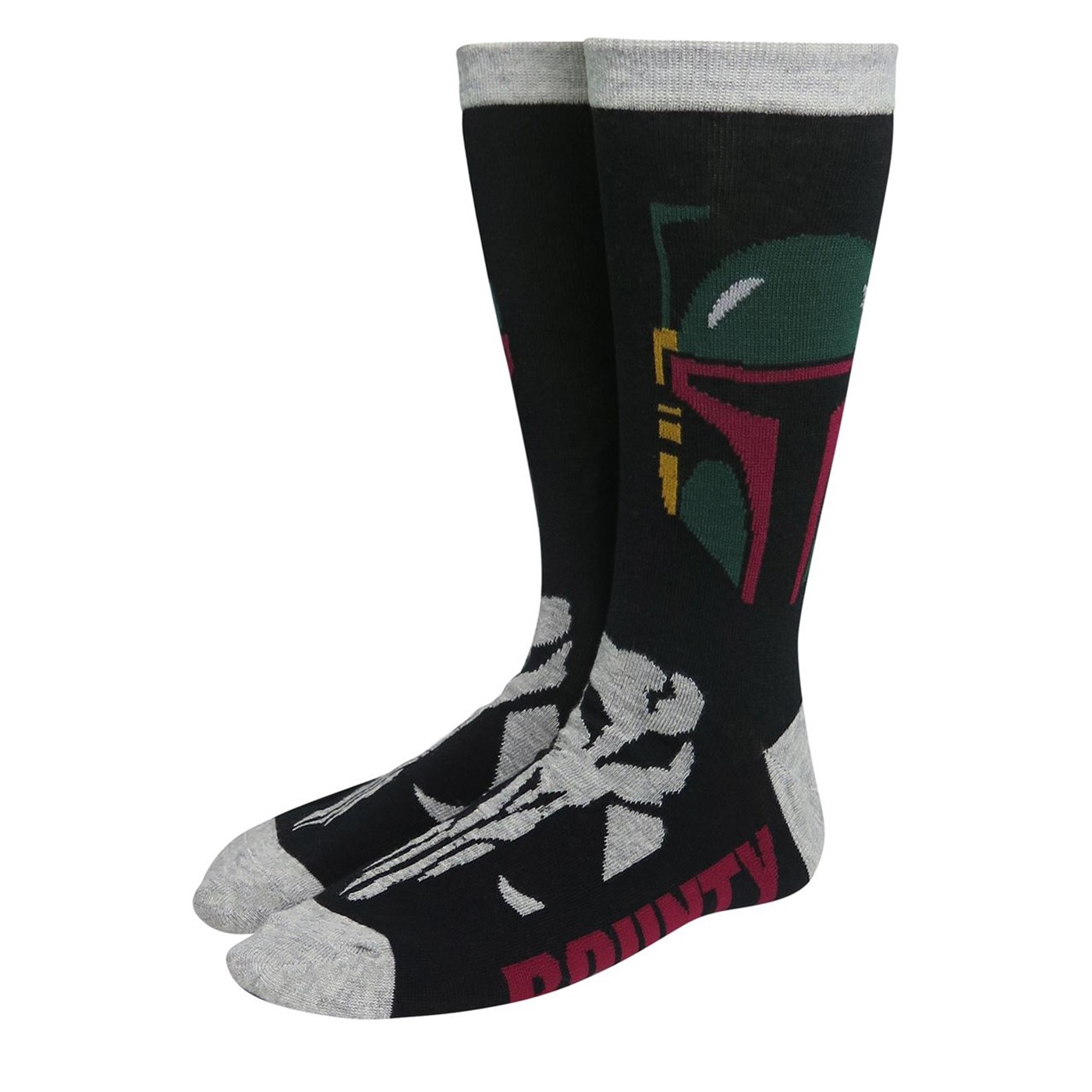 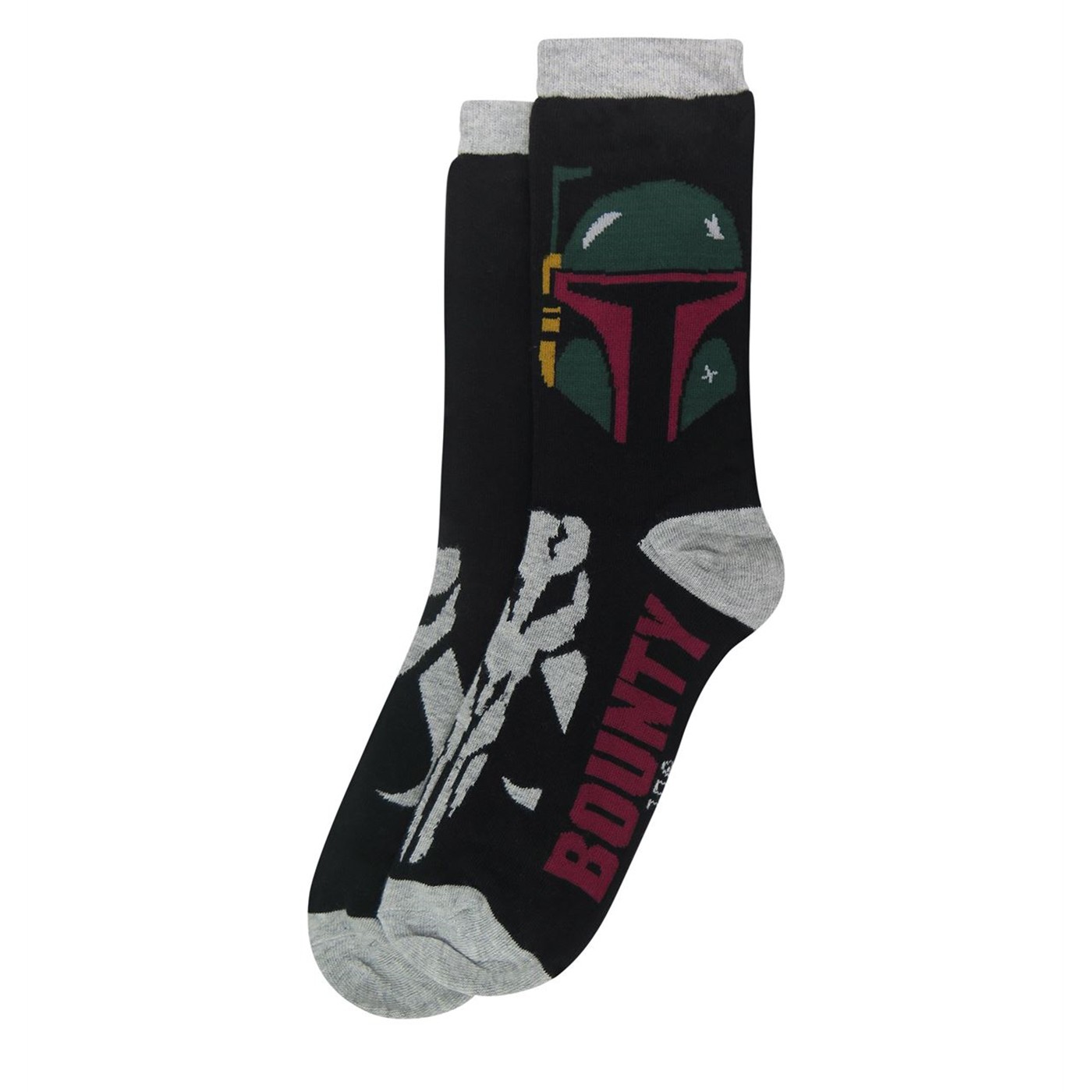 Yes, initially, Boba Fett's popularity was based on his captivating looks, considering he was only on-screen for, like, 75-seconds and uttered, like, 12 words of dialogue.

When his history was embellished through other forms of media, the character's already overwhelming popularity soared to new heights (via jetpack without spring-loaded missile).

Now, we're familiar with his Mandalorian origins -- we know the meaning behind every symbol and ornament adorning his ceremonial armor.

Made from a blend of cotton and polyester, these EXCLUSIVE Boba Fett socks feature Boba's armored cranium and a large Mandalorian symbol adorning the foot.

Socks are always awesome, especially when they are Star Wars socks!