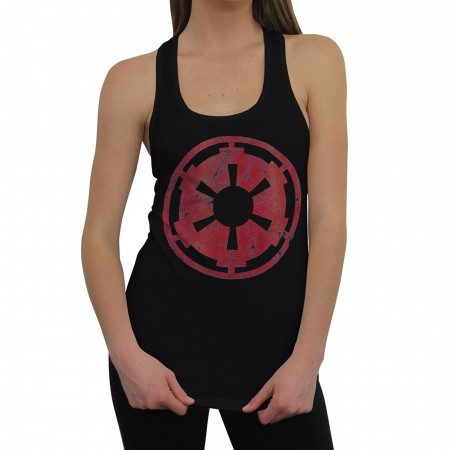 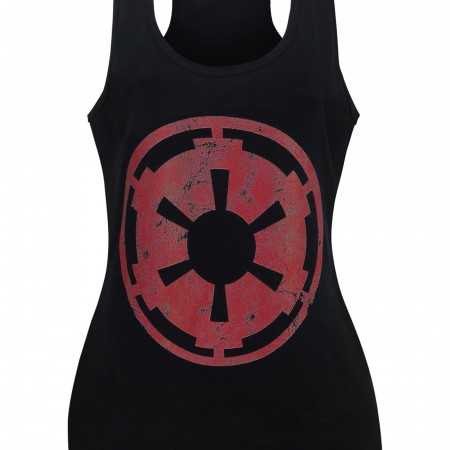 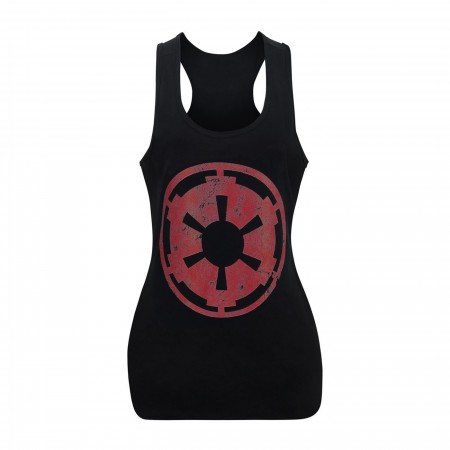 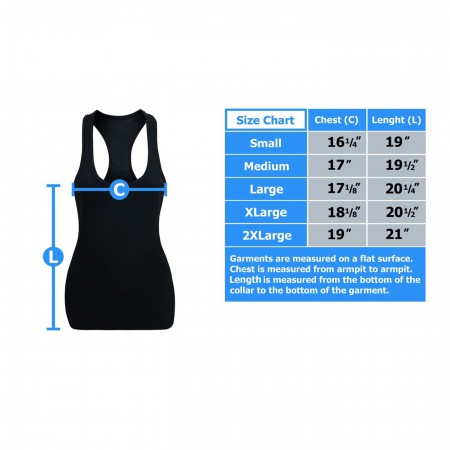 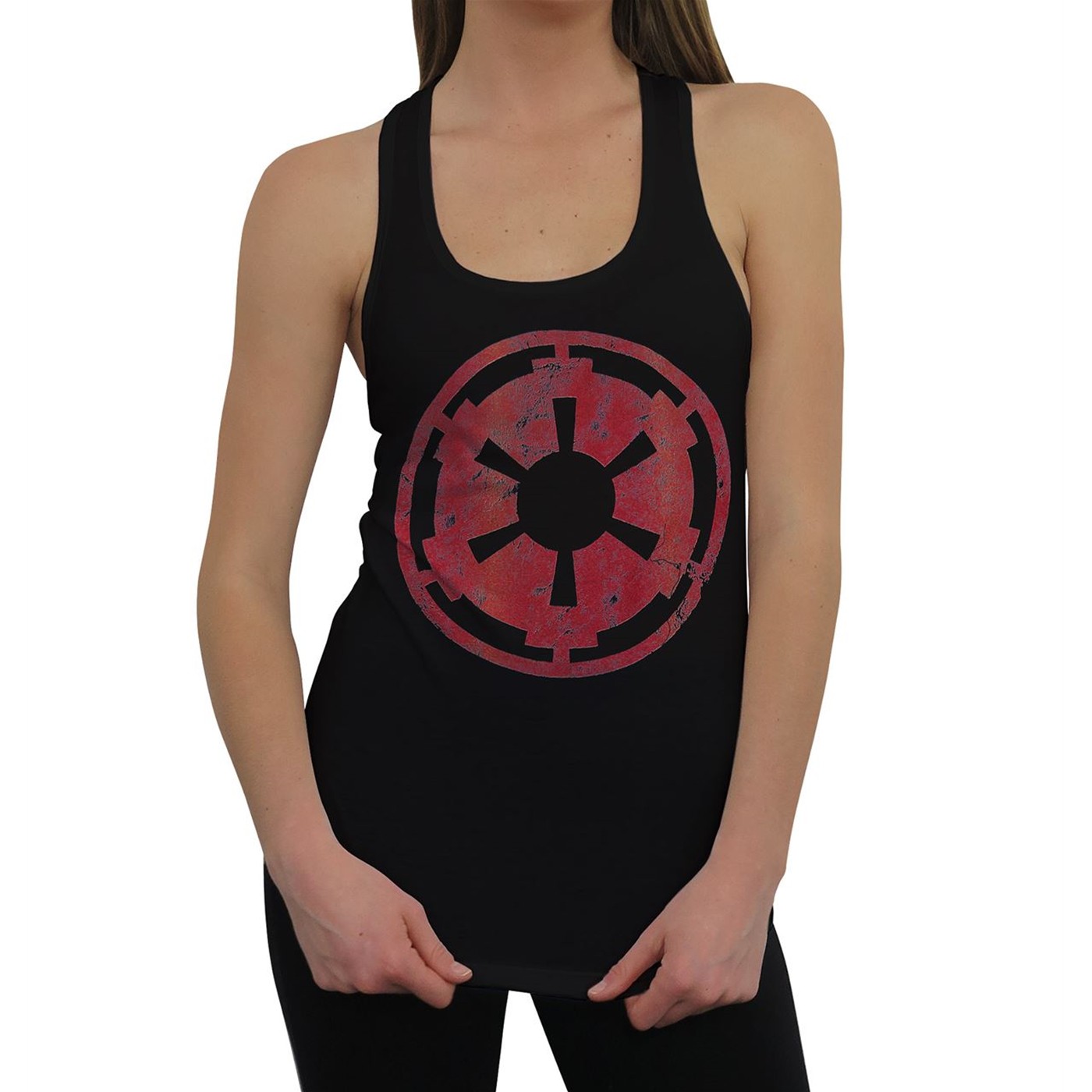 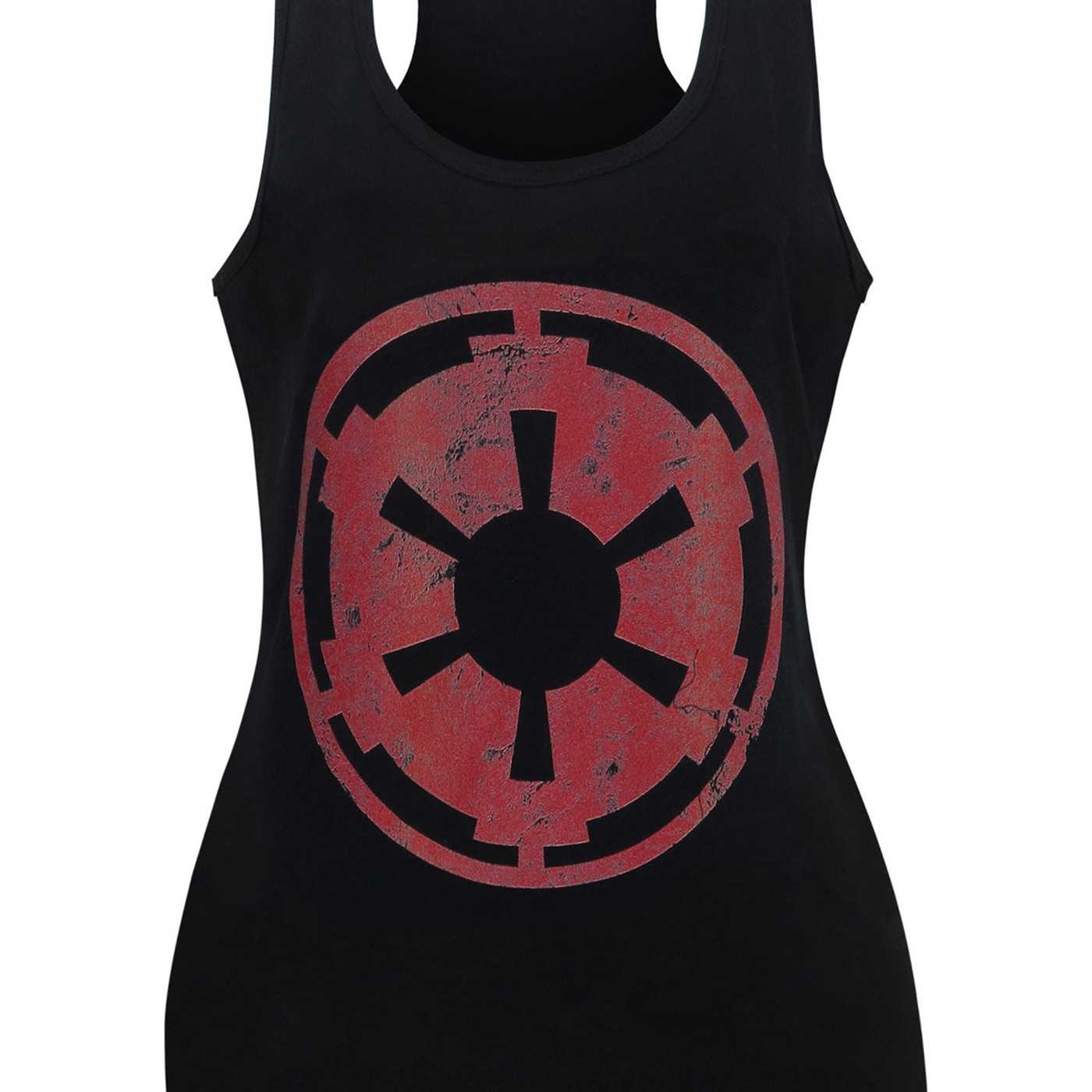 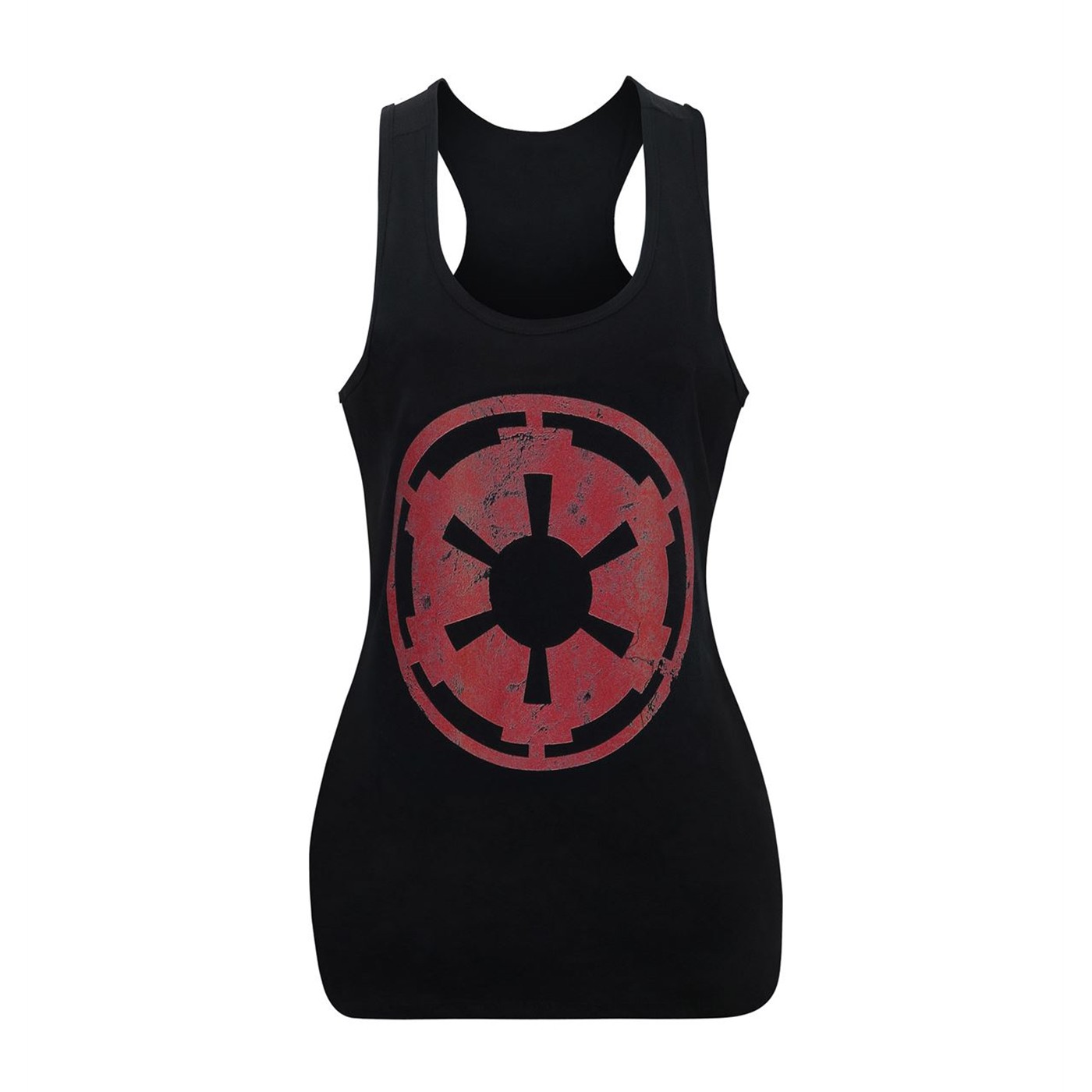 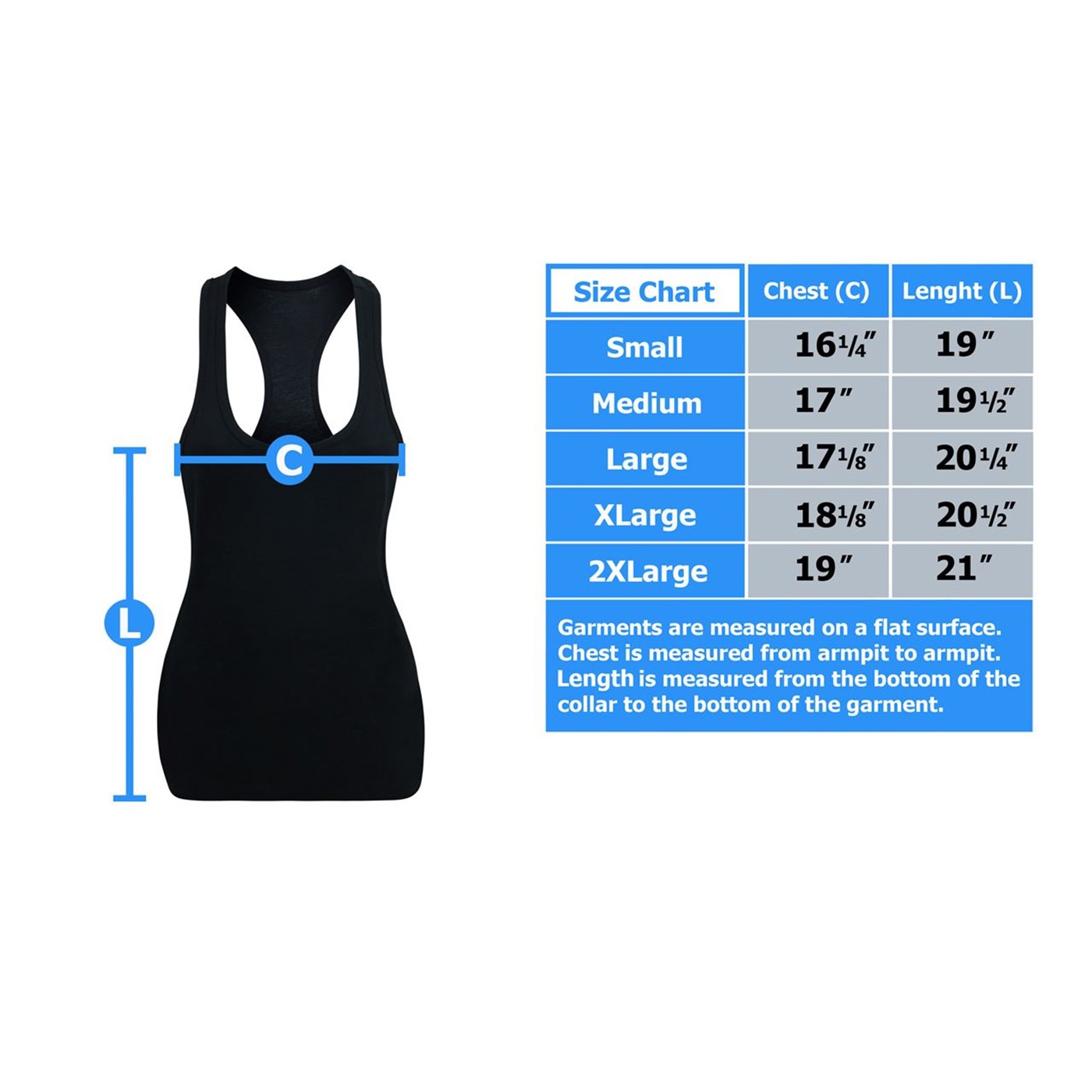 A purposely distressed Imperial symbol that was distressed by accident.

Initially, your standard Imperial tank top was non-distressed -- it sported a bright Empire crest rendered in a commanding cardinal red. Unfortunately, your first ride on a Dewback went a little...sideways.

Yes, you thought you secured the saddle, but you really didn't -- you fell backwards off the sprinting Dewback, but remained entangled to its left stirrup.

And yes, it drug you across the hot desert sand for about 25 miles until an AT-ST finally headed you off.

So, your Imperial symbol now looks like it survived the Clone Wars after your very first introductory Dewback riding course. Maybe you're not cut out for this?